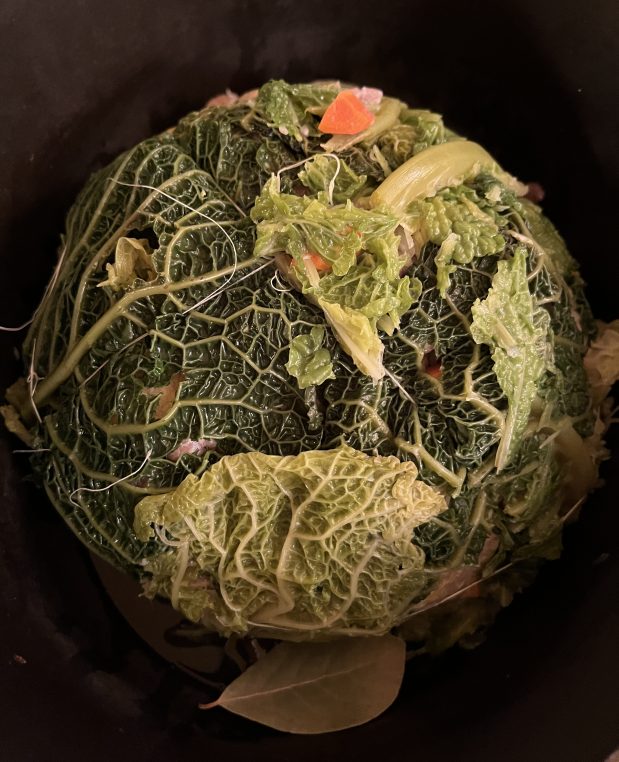 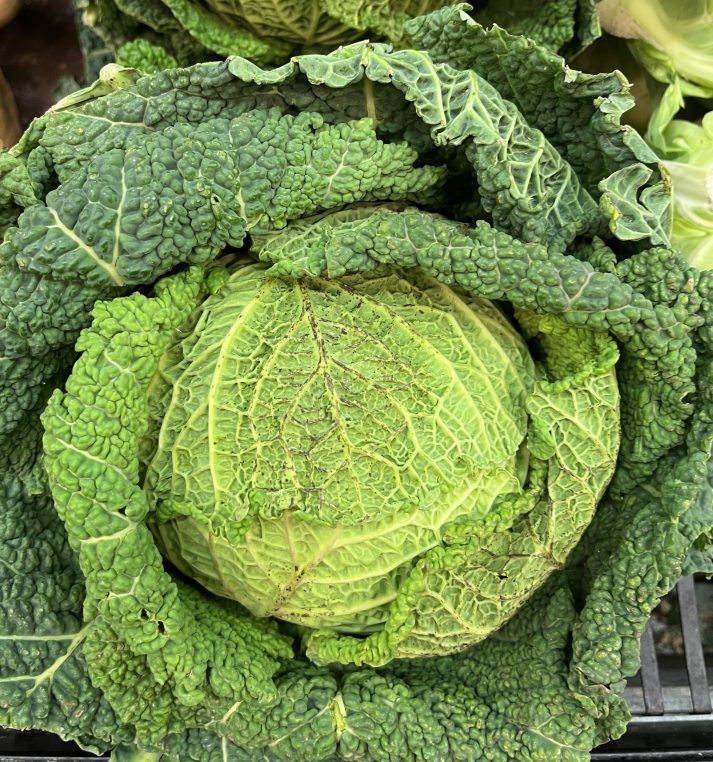 Start with a chou frisé

While listening to Professor Philippe Godoy‘s conference on the Eglise de la Madeleine at the turn of the century, I ran into a group of young students who live nearby and one of them, Timothée, who attends ESCP, a high level business school in Paris, also apprentices as a chef. He learned to cook with his mother, Marie, who with her husband Vincent, runs a bed and breakfast in La Boudio in Cantal, and volunteered to prepare a chou farci (stuffed cabbage) for his friends in my kitchen. I watched him do it and it takes a little time (3 hours), needs dexterity with your hands, but is a cheap and very filling meal for our winter months. And it was delicious. 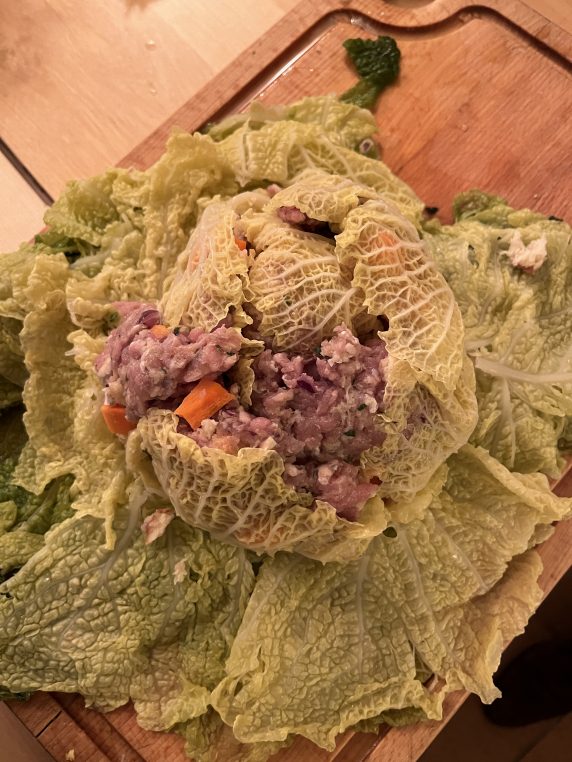 You start with boiling the cabbage as a whole in a high pan (I used a spaghetti pan) for approximately one hour. You can add a cube of broth in the water. We call it “blanchir” in French. Then you take it out and start peeling delicately each leaf. You will have bought calf or sausage stuffing from the butcher which is seasoned with herbs and then you can add pieces of dry bread, slightly softened in milk. For 6 people Timothée used 1 kg of calf stuffing, half a baguette of bread cut in small pieces, 10 cls of milk, laurel leaves, peppercorn  and clove. 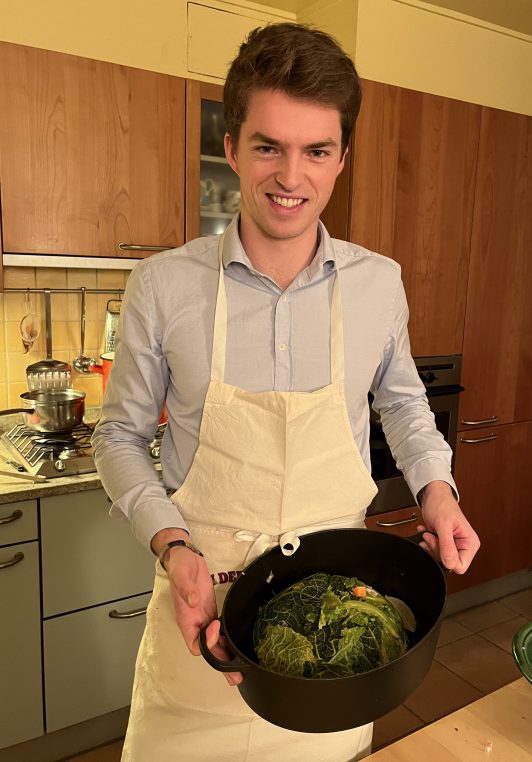 You mix by hand the meat and the bread smoothly with two carrots cut in small pieces and include it between the leaves, slowly reconstructing the whole cabbage. Once it is done, you have to bind it with a string so that it doesn’t fall flat during the cooking. He used three pieces of sewing thread for lack of proper string and it was fine. This operation is quite precise and needs great care. You want your cabbage to remain in shape until your serve it. 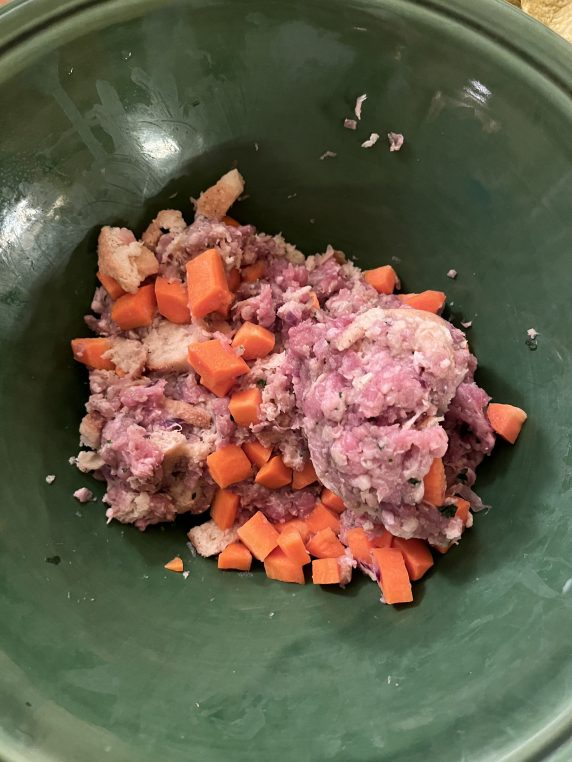 The quality of the stuffing is essential

Once your cabbage is reconstructed you carry it delicately in a le Creuset pan which you fill with cold water up to two thirds. You can add laurel, peppercorn and clove, and let it cook at 140° for two and a half hours in the oven. Check from time to time that there is still water. At the end you should have enough gravy to put on your rice.

Again, to serve it, you have to carry it delicately on a dish, cut off the string and carve it. The cabbage provides 8 normal servings but the five hungry young men ate it all with me. You can cook some rice or not. And serve with a refreshing salad. It’s absolutely delicious and the budget is around 5€ per person. It made me want to visit the La Boudio bed and breakfast in Cantal, where you country ski in winter and walk around teh mountains of Massif Central in the Spring and Autumn. It is located just south of Clermont Ferrand and east of Brive la Gaillarde.

You can start preparing the cabbage the day before if you don’t have three hours ahead of you before dinner.