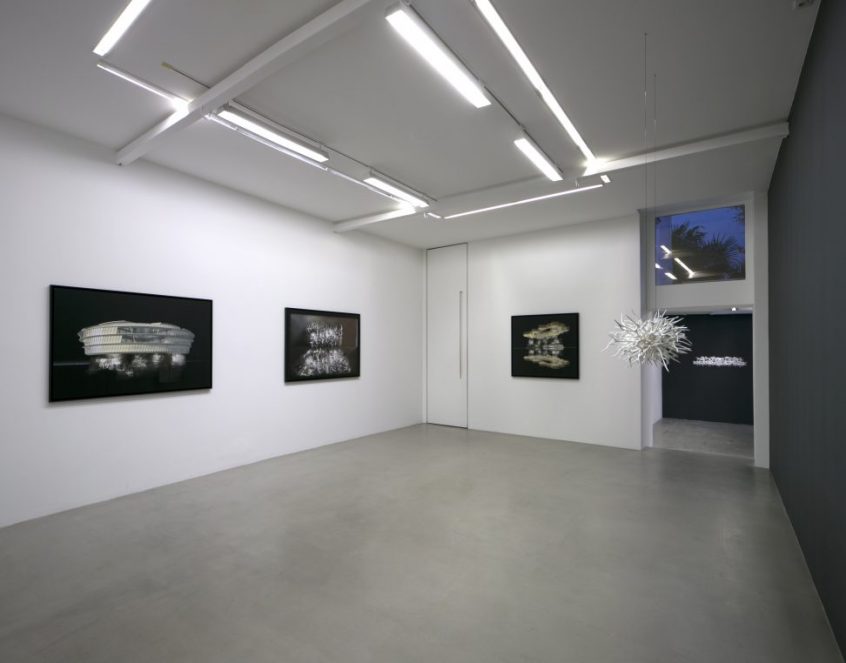 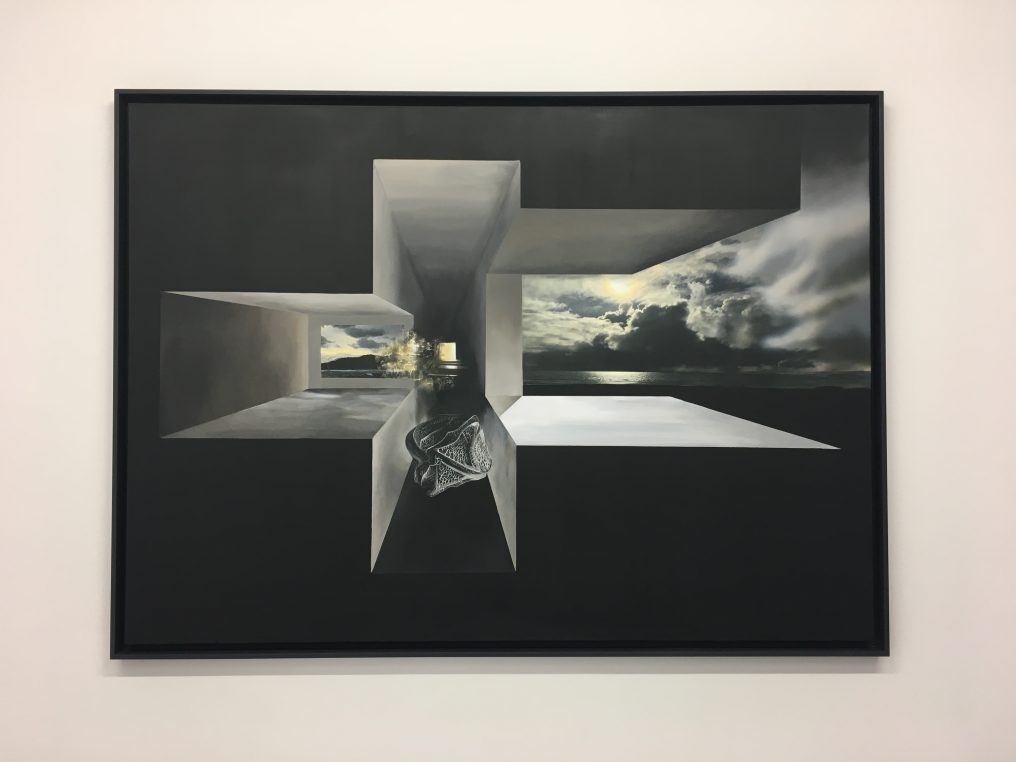 If you have a passion, like I do, for Pritzker Prize laureate Christian de Portzamparc, you will be curious to discover his new ink and acrylic paintings at Galerie Kamel Mennour rue Saint André des Arts. They are very architectural of course, with a strong sense of space and geometry, and a very special light which illuminates dust, gaz particules and partitions. In the two other galleries, on rue du Pont de Lodi and avenue Matignon, Tadashi Kawamata shows his fascinating  “Destructions” in grand style.

Curated by Jean-Hubert Martin, the Portzamparc exhibition is a discovery. The architect explains in the lovely little catalog, how he always draws first the space he wants to build. “The great advantage of painting, is that you don’t have to wait for five or ten years to see the result. Architecture demands great patience, hundreds of meetings, plans, calculations, conflicts and renewed energy” he says. He has always painted alongside his architecture, and he started with watercolor in the 1970’s. 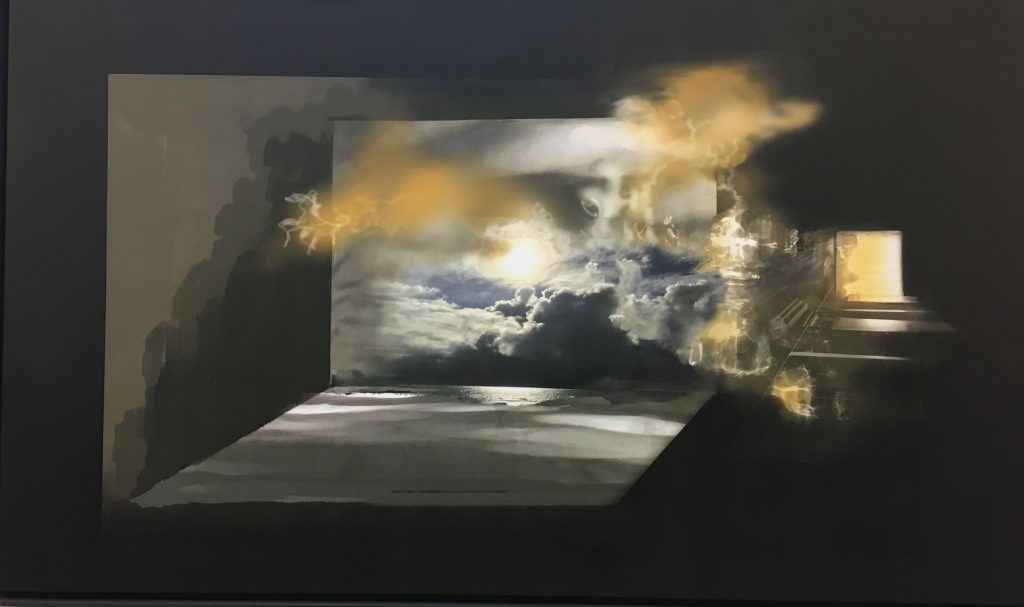 The importance of depth in the construction of the painting and the addition of clouds or luminescence, give all pieces a surreal feeling. Besides the canvases, there are some white sculptures hanging on the walls or from the ceiling, which dialogue with a large fresco. As an architect, Portzamparc is working at the moment on two projects in China, the Shanghai opera house and conservatory, which was just inaugurated, and the Suzhou Cultural center which opens next October. In Casablanca, Morocco, where he was born in 1944, he is completing the largest theatre in Africa. 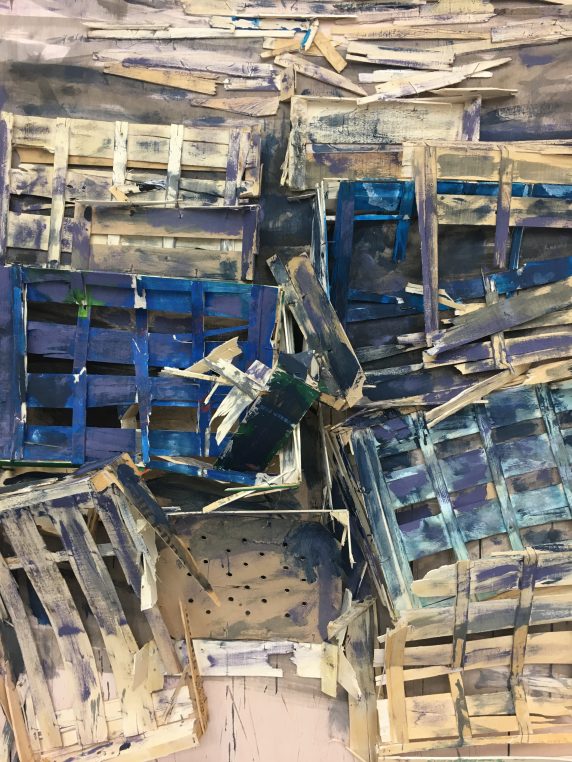 The large panels of wood by Tadashi Kawamata represent the persistence of landscape through built structures, which were the prey of elements such as tsunamis or windstorms. They are the accumulation of a collective identity but also personify desolate environments immersed in chaos. They are also intriguing an beautiful. One can sit watching them for minutes and feel very happy.

The artist was born in Hokkaido in 1953 and he works between Tokyo and Paris. He has been widely exhibited and as early as 1982, at the Venice Biennale. I discovered him at Centre Pompidou in 2010 and later in Metz.

It is interesting to see both shows at the same time since Kawamata is primarily an artist turned architect of destruction. While Porzamparc is better known for his buildings such as La Cité de la Musique in La Villette, the French Embassy in Berlin, the Musée Hergé in Louvain or café Beaubourg in the 1980’s. He also built a little jewel of a hotel in a nasty corner of the périphérique at Porte d’Asnières, for Novotel, and each time I drive by it, I wonder how he managed to make it look so good. 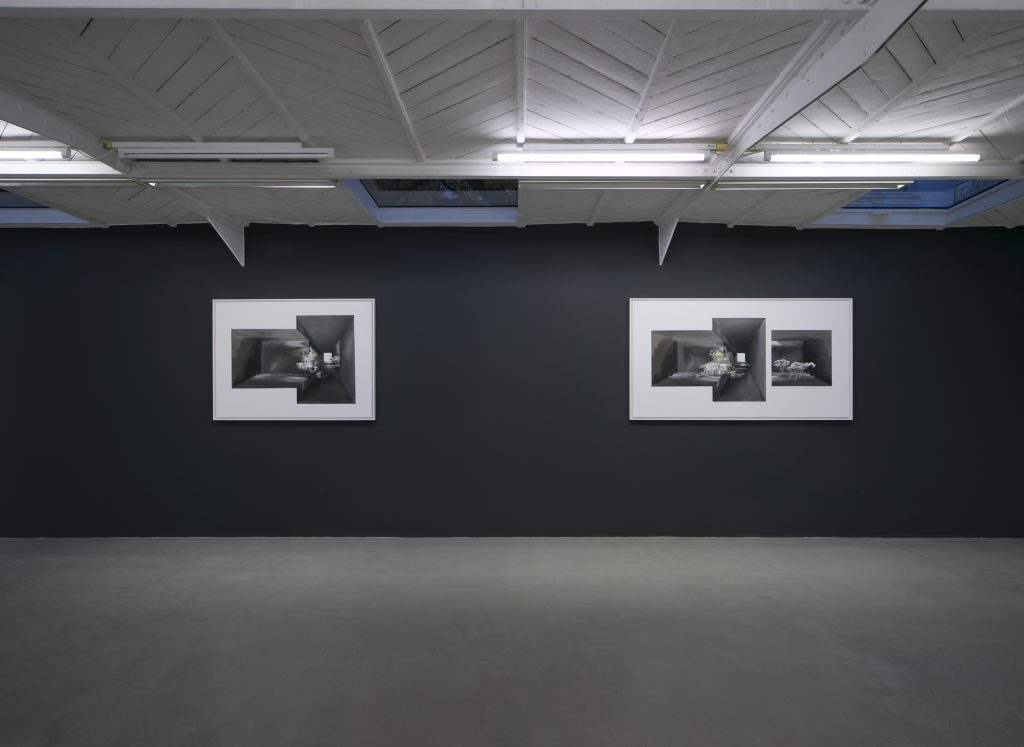 Kawamata’s sketches shown on avenue Matignon are very sensitive and almost more moving than his large frescos. Don’t miss them.