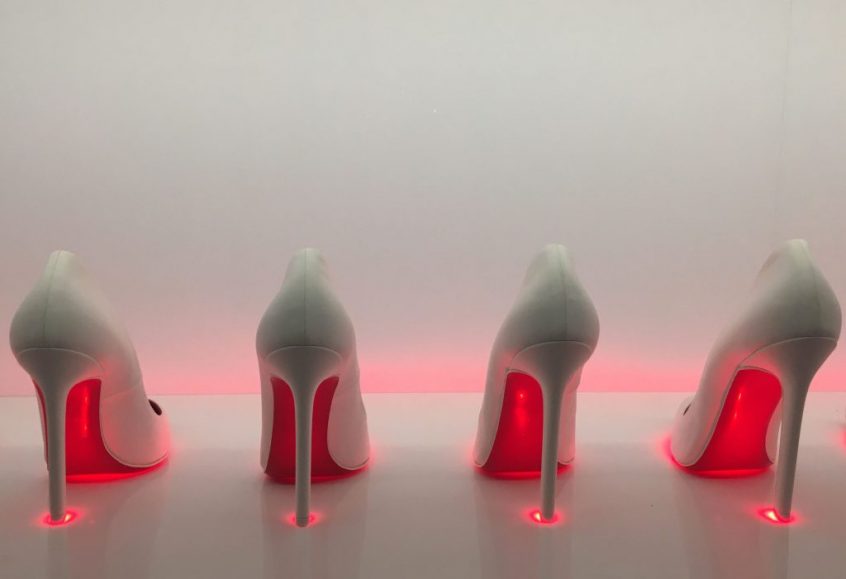 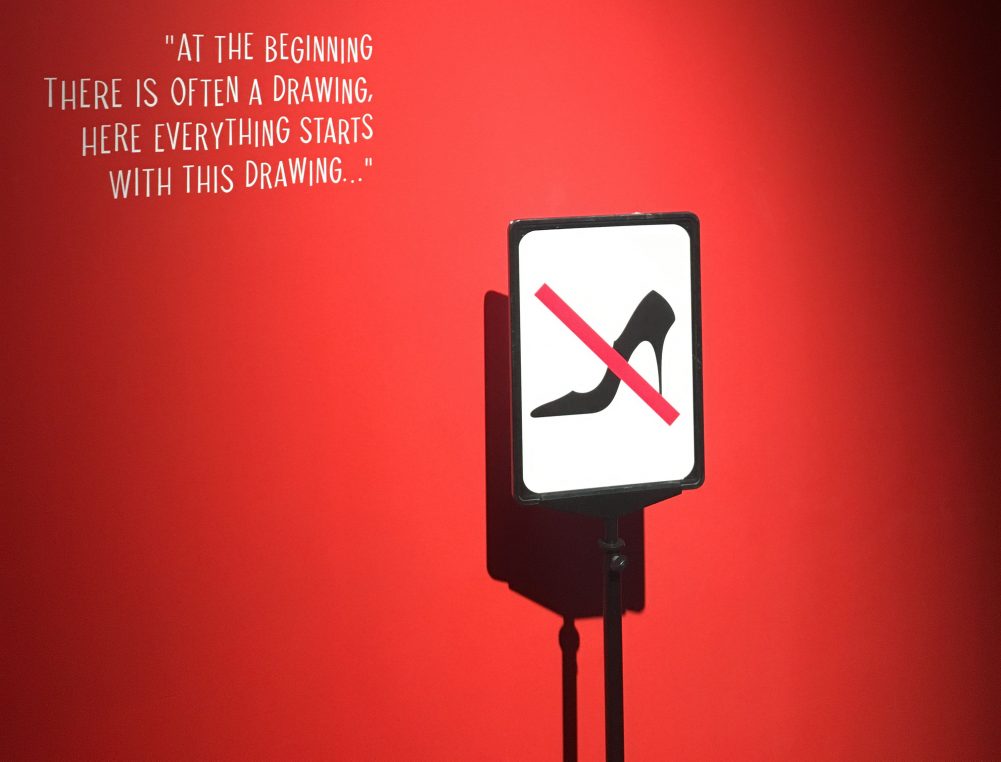 When he was a little boy, Christian Louboutin wondered why his three older sisters were blond while he was so tanned. He only discovered a few years ago that his mother had an affair and his father was Egyptian, not from Brittany… Is it this Oriental influence that gave him a genius for creating shoes that are universally loved, and transformed his last name into a common name like Kleenex or iPhone? The large celebration at Palais de la Porte Dorée, “L’Exhibition(niste)” curated by Olivier Gabet, is a true feast, an explosion of imagination and of generosity. For his first large show in France, he asked all his friends to create glass windows, videos, paintings, installations (Stéphane Bern is even part of a television show) around his famous shoes, which are presented as true sculptures. The former Musée des Colonies has never looked so happy and crowds will certainly rush there like they did to the Christian Dior show at MAD. So do not loose any time! 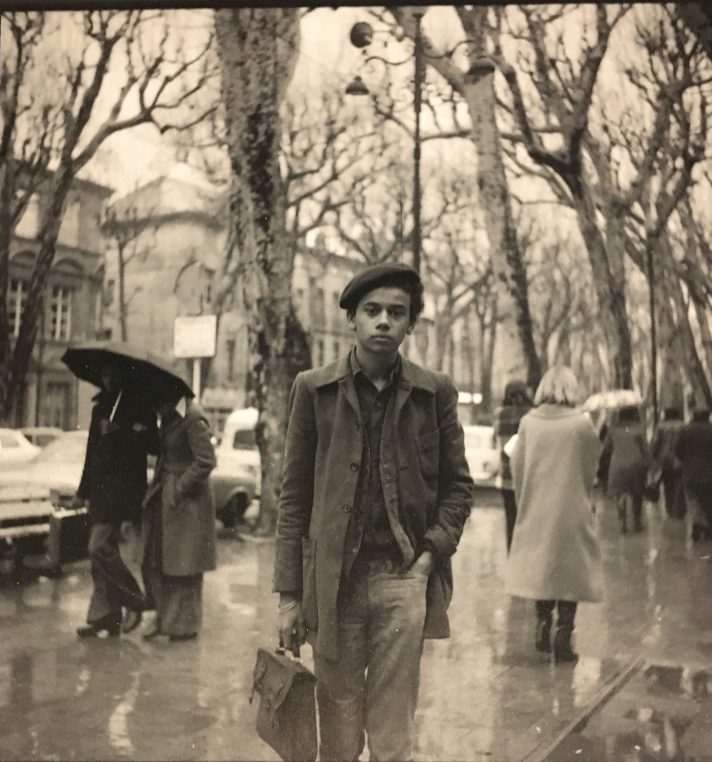 It was particularly moving to hear him speak about his early visits to the Museum, which is very close to his childhood apartment and his lycée. His older sisters used to take him to see the fishes and alligators in the aquarium and his first artistic encounters were of the totems in the then called “Musée des Arts d’Afrique et d’Océanie”. This is the reason why this show is taking place in the fabulous premises built in 1931 and not in a fashion or design museum. “My first love was not for shoes or fashion at all, I never looked at my mother’s Vogue, I was interested in dance and musicals, studied shoes for ballerinas and was curious of the rest of the world. I had only ever travelled to Brittany or to Périgord where my aunt lived, my first trips were through reading Tintin, I became an autodidacte (self-taught) thanks to this museum.” Today he owns a house and a boat in Louxor and often travels to Portugal where he has a beautiful garden designed by Louis Benech, his long time companion. 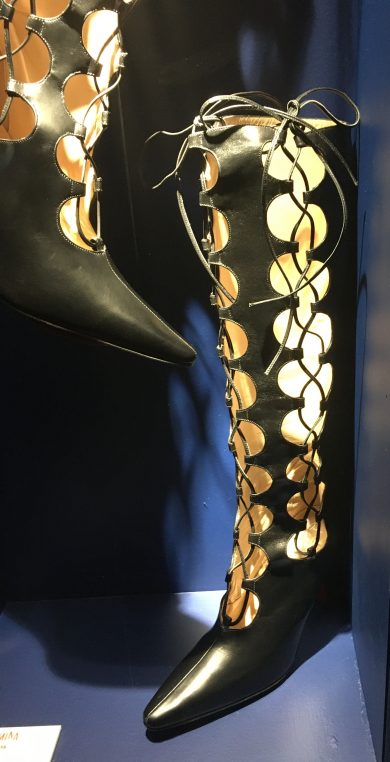 “This is a tribute to all the artisans and artists who have inspired him,” said Olivier Gabet, director of MAD, while exchanging ideas with Louboutin at the opening. “It is so interesting to prepare a show with a living creator rather than always dealing with archives”. The two years they spent working together led to a multifaceted show, where poetry and sense of humor are shared with the visitor. There is not a touch of pretension nor vulgarity in this exhibition, which nevertheless includes a “Pop corridor” with all the pictures of famous people who inspired him or who wore his shoes to their wedding and their funeral … There is a “Fetish” gallery which shows the models photographed by David Lynch as erotic objects and  in which you can’t walk. 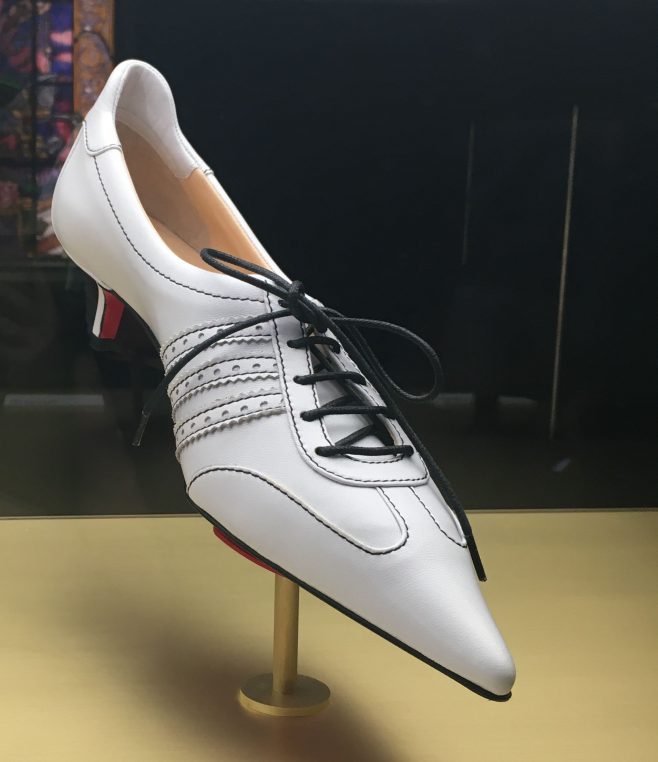 A theatre is devoted to Bhutan, a country he loves,  with a stage where the world of performing arts and sports are featured through freestyler Iya Traoré and burlesque dancer Dita Von Teese. His fascination for les Folies Bergères where his parents used to take him never disappeared and music and costumes are very present in the exhibition. We go through a shoe workshop and learn how they are made, there are four videos where Louboutin plays with the tools and acts the different stages of creativity. The “Treasure room” highlights his most extraordinary creations in plexiglass, strass, embroidered leather, gold mirrors, or even birch bark applied on swade. 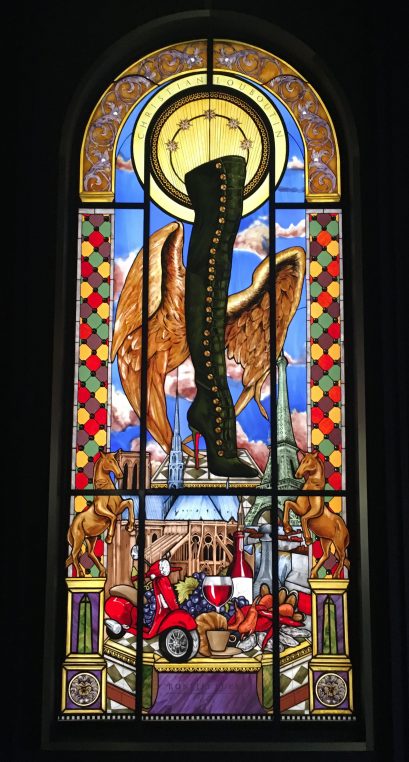 The show ends with his imaginary Museum, which includes Wedgwood tea cups and Mexican popular tin objects, a portrait of Prince Louis de Beauvau’s beautiful legs by François Quesnel, 1598, a “Monologue” by Imran Qureishi, 2019, an embroidered dress by Sabyasachi Mukherjee in Kolkata, the Sèvres porcelain surtout “Egyptian ruins” by Anne and Patrick Poirier (one of my all favorites), Turkish ceramics and a sculpture by Carl Cauer which belong to his friend the esthaet Ömer Koç. 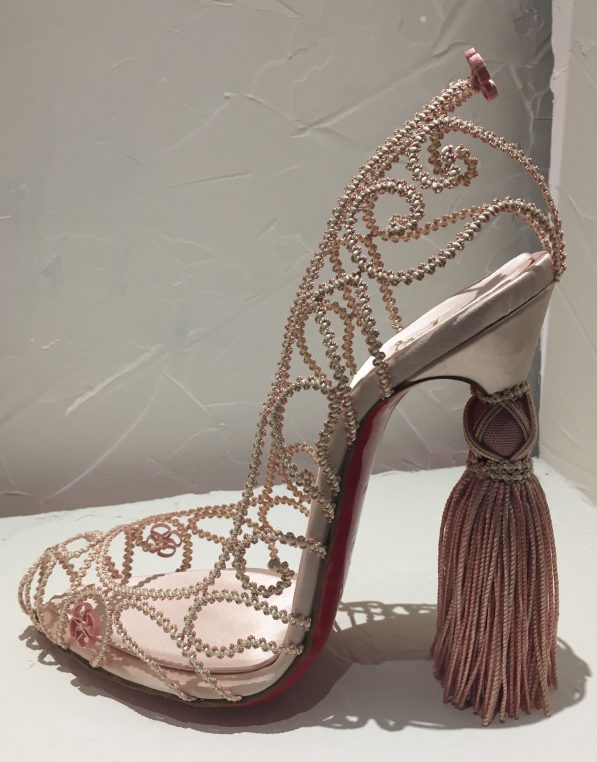 Christian Louboutin, is well known as the re creator of the red sole on all shoes (like Louis XIV used to wear them) and conductor Yannick Nézet-Séguin wore them to conduct his superlative “Die Frau ohne Schatten” at Théâtre des Champs Elysées last week which created the musical event of the season!

In this show, he is trying to elevate the shoe to the rank of objets d’art and asked Allis creative friends to help him do so.  The great care both Olivier Gabet and Christian Louboutin took into preparing this show is flabbergasting. The luxurious decor, the artists involved, the whimsical videos, will no doubt allow the number of visitors of Palais de la Porte Dorée to double this year from 525 594 in 2019. And it is a marvelous occasion to see this unique building. 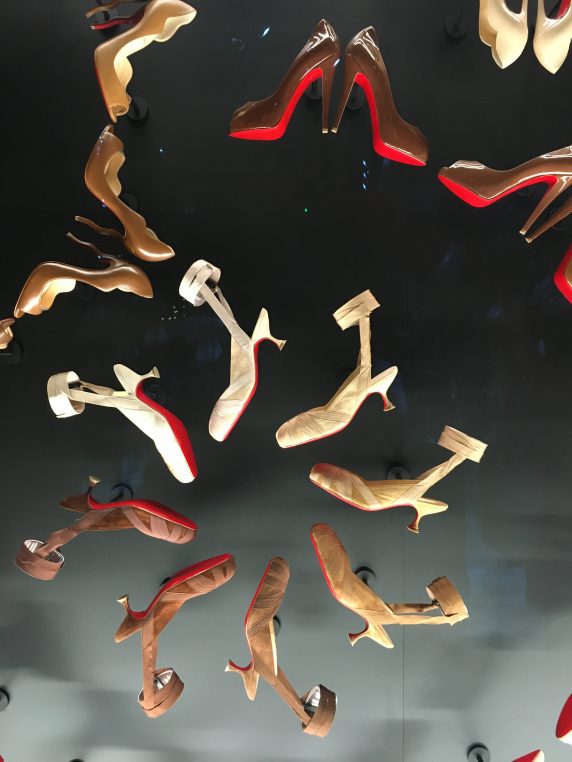 The Nude series launched in 2009 features flesh-colored shoes in 8 tones. The unity between leg and foot lengthens the silhouette

A documentary by Olivier Garouste on Christian Louboutin will be aired on Arte television on Friday March 13 at 10.20 pm.  And Pierre Passebon is showing some of his favorite furniture and baroque taste in the exhibition “Caravanserail” from March 5 to April 4, at galerie du Passage.