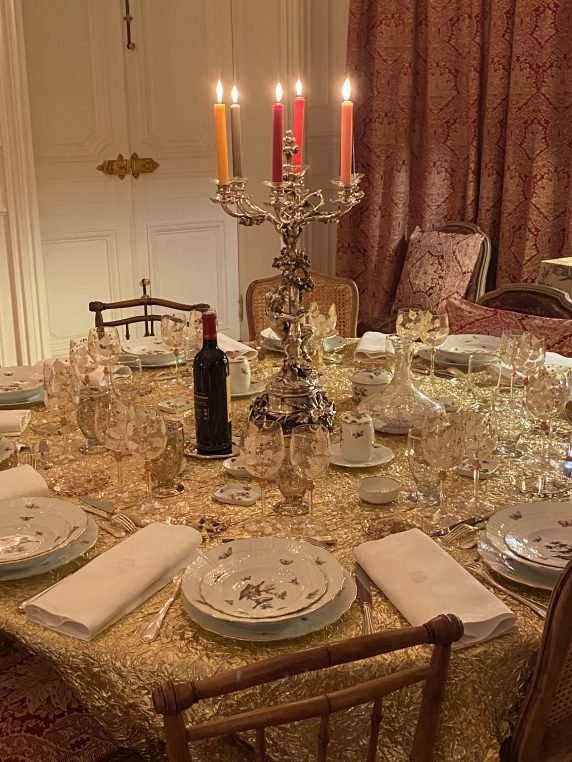 Since everyone has time at the moment, I asked  a few friends to create their Christmas table for Parisdiary and here is the first one by Anne de Caumont la Force, a writer and member of the Femina prize. Don’t hesitate to mix bamboo chairs with precious Herend porcelain and a home made gold tablecloth. My most precious presents come from Scotland and London and for the young who move into a new house, I privilege Kartell, the Italian designer of lights and furniture. 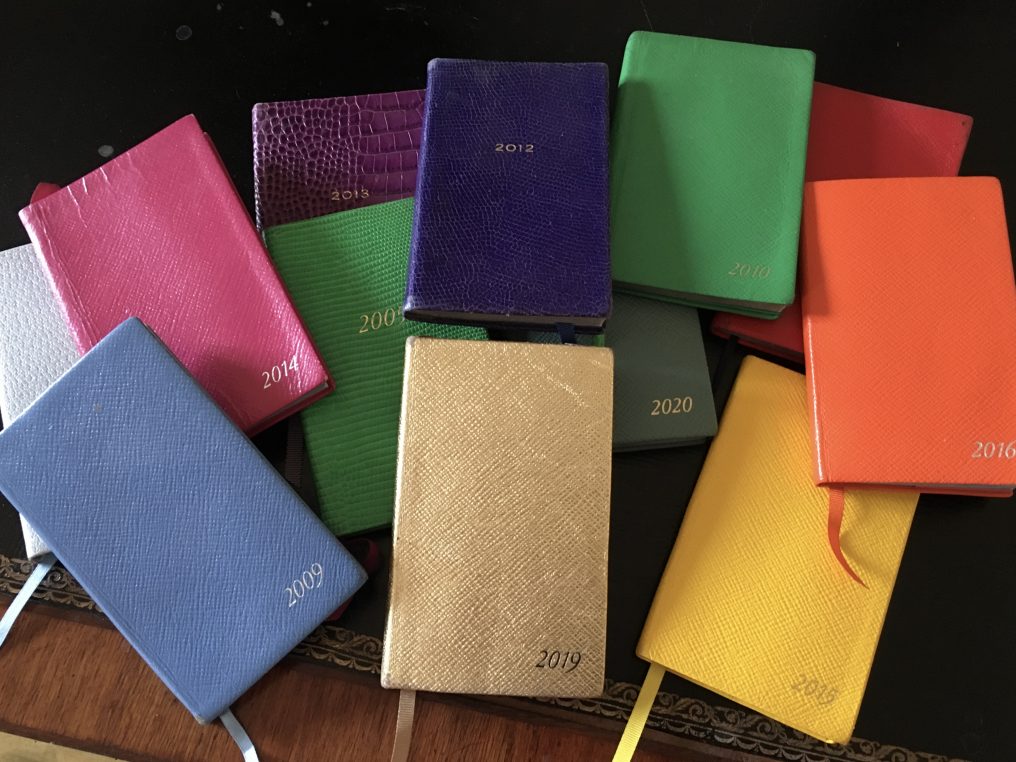 Part of my collection of Smythson diaries since 1979

The best present that President Elect Joe Biden  could give to our country was to name two members of the government who are bilingual in French. John Kerry was brought up with his French cousins during the summers in Brittany, one of whom Brice Lalonde, is a fervent ecologist himself, and was ambassador for the climate for the French government: his new environmental mission sounds like great news. 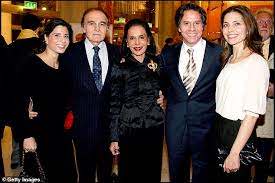 Antony Blinken with his wife, mother Judith and Samuel Pisar and half sister Leah Pisar

Tony Blinken, was partly raised in France after a childhood in Washington, when his mother Judith Pisar moved to Paris to marry attorney Samuel Pisar.  He attended Ecole Bilingue Jeannine Manuel and took his baccalauréat (graduation from High School) in Paris. His French is flawless with no trace of an accent. The French medias are very excited by this double good news! 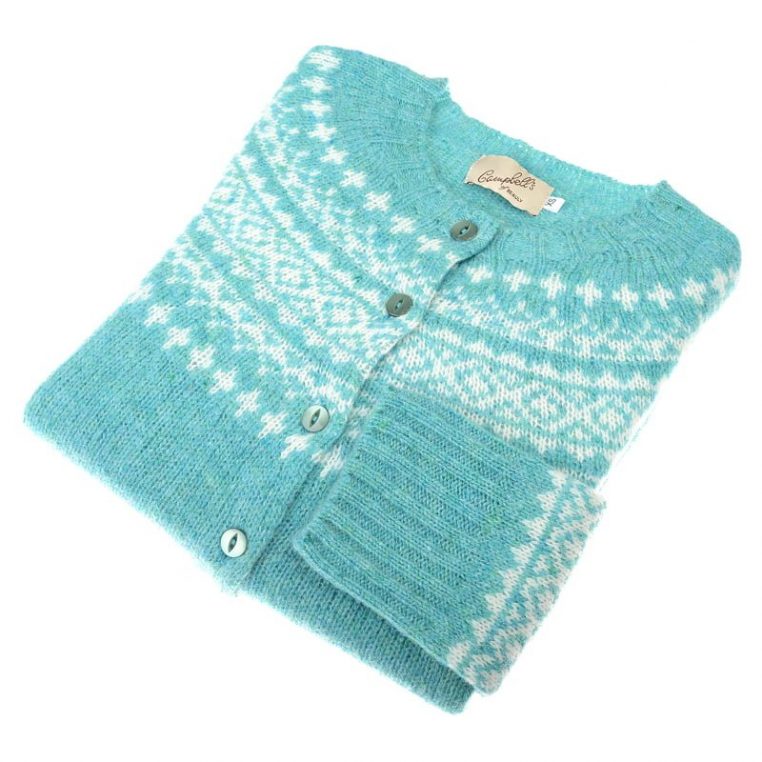 At Campbell’s of Beauly, this cardigan in shetland fairisle wool, is very tempting

I love Campbell’s of Beauly, a small shop in the Highlands of Scotland whom historian Rebecca Fraser introduced me to when I stayed there years ago. They have a super efficient delivery service and you can order shetland sweaters or any tweed jacket and caps, it is almost as much fun as travelling there… a pleasure that is censured at the moment. 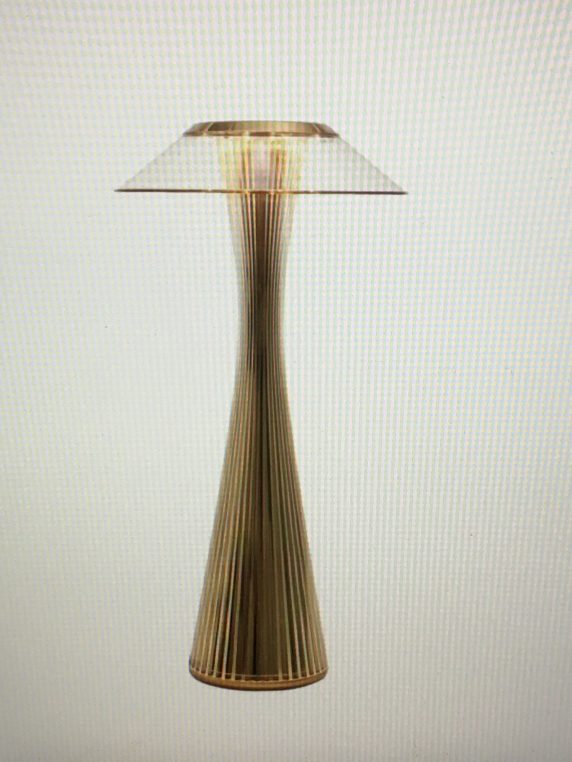 Kartell’s “Space” lamp can be moved around the house, it is cordless

I often go to Kartell on boulevard Saint Germain because it is in front of my favorite bus stop and this year I saw these portable (chargeable) lamps which you can move around the house or set on your terrace. They are called Space and come in copper, gold, silver, cristal or titan. 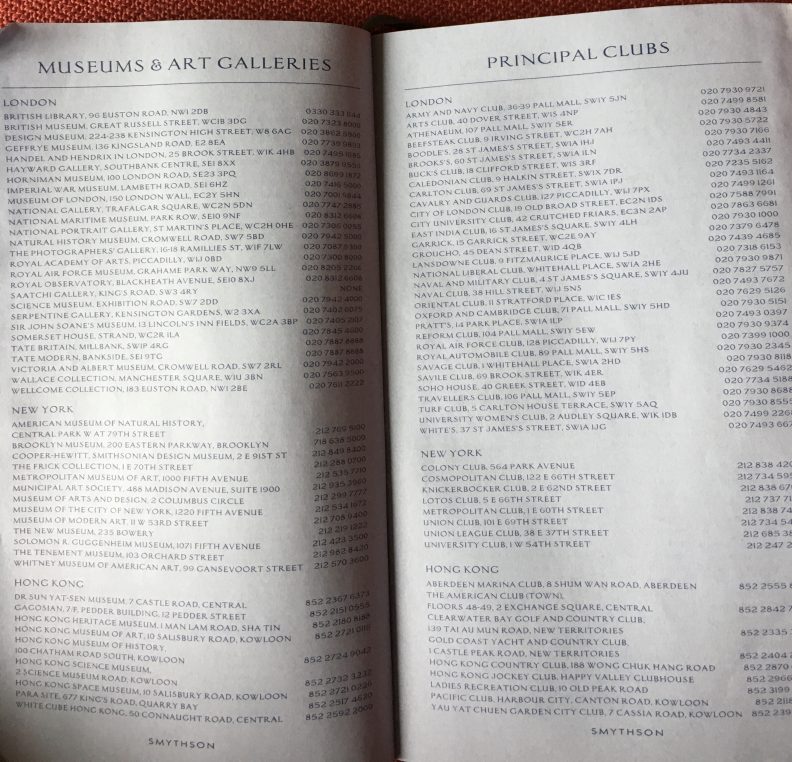 In Smythson diaries you find a list of essentials: London clubs, theaters, museums and the tube map

But my real treat every year for Xmas is to order a new Panama diary from Smythson, in London. They are mostly well known for their bright blue stationery which used to be, when we still wrote letters, the ultimate chic. I love the idea of holding a whole year of engagements and happiness, meetings and good dinners in my hand in this featherweight little diary. It’s called “week at a glance” and you can write down only the essential. It comes with a list of the best years for wine, a conversion chart of feet to meters and all sizes. It also has a map of the London tube and a list of the main clubs, theaters and museums. 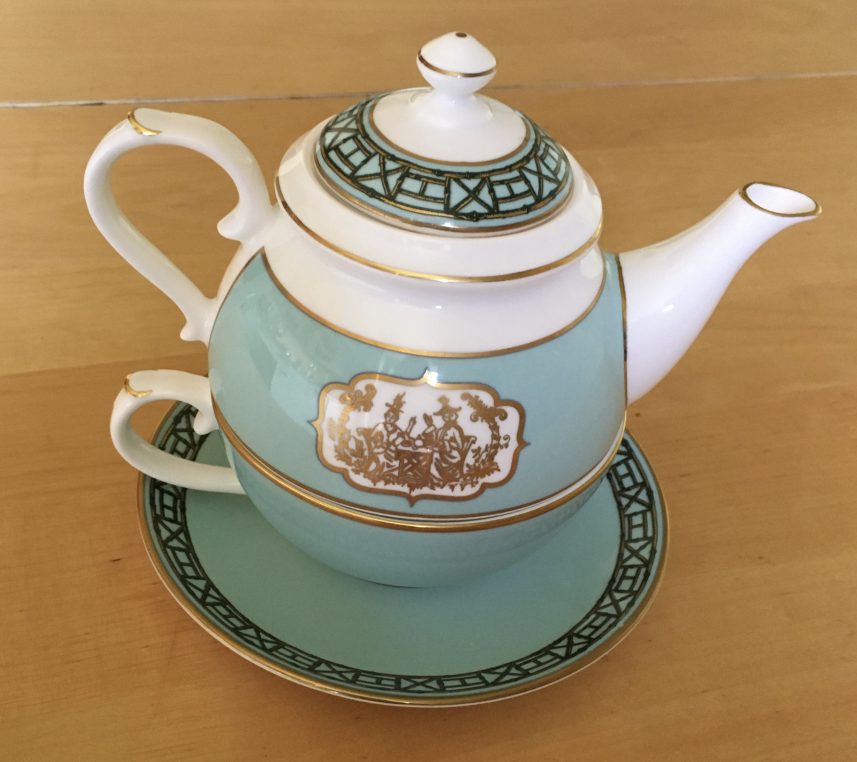 Fortnum and Mason’s all in one teapot and cup

I also had a coup de coeur for this present, a teapot-cup which fits neatly in a cupboard. Of course it is very egocentric and only holds tea for one but what a pretty item from Fortnum’s.

also had a coup de coeur for new lamps called “Space” at Kartell which you can carry around the house because they are cordless. They have to be charged every eight hours of lighting but they are so cute that you won’t mind.

Kartell’s “Space” cordless lamp can be moved around the house,

3 Comments on “Christmas will be small but super chic”