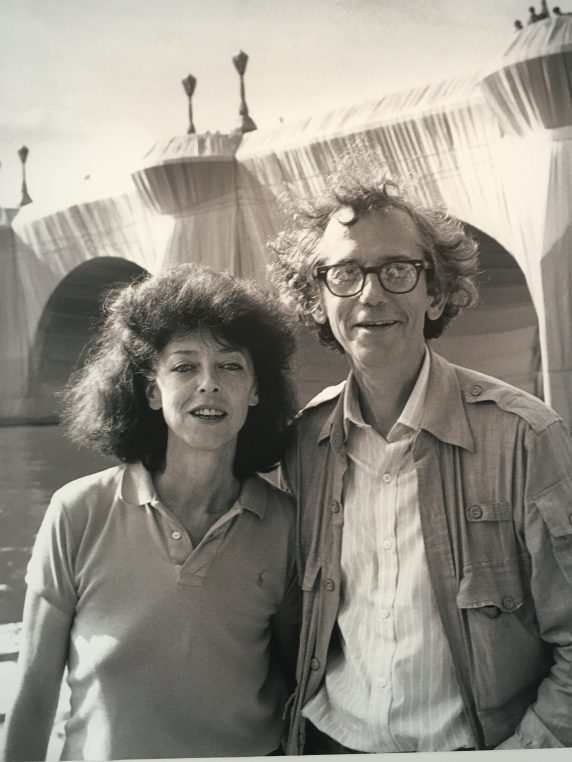 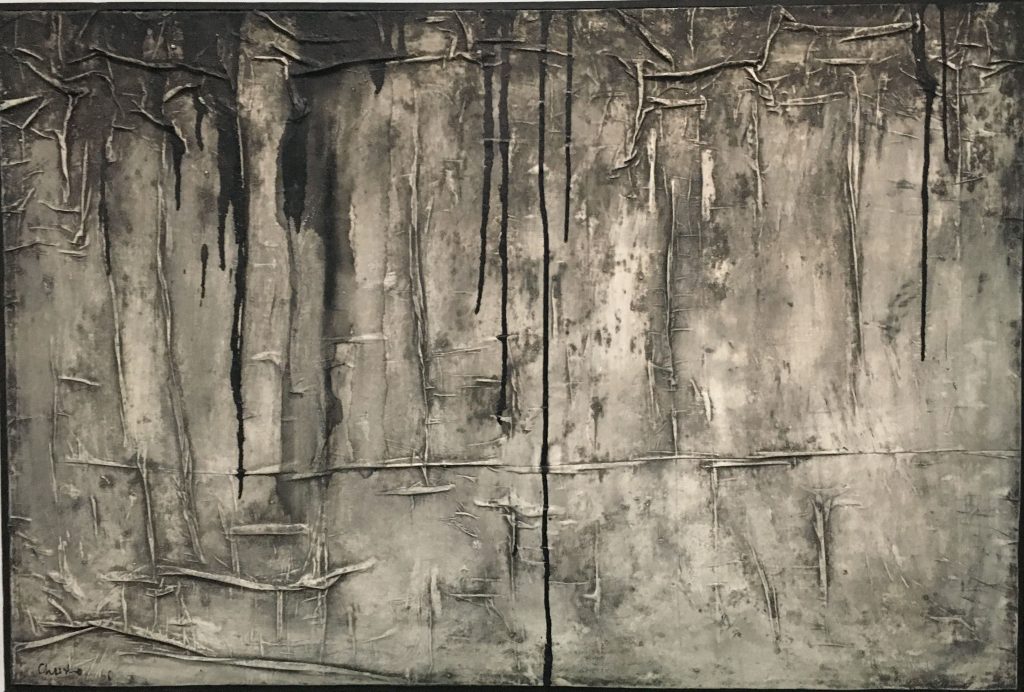 It was especially moving to visit the new Christo and Jeanne Claude exhibition curated by Sophie Duplaix at Centre Pompidou in the presence of his nephew Vladimir Yavachev, operation manager of the Arc de Triomphe project, and old friends from the Pont Neuf project in 1985. The show was due to open in March, when the American artist was still alive. He has since left us, sadly, but his art and the numerous films in the exhibition are hilarious and fascinating. It is a rather small show devoted only to his Paris years, with very rare early works, portraits and abstract paintings, and his personal collection of drawings of the wrapping of the Pont Neuf. It is a true joy to celebrate him in such a glamorous way. 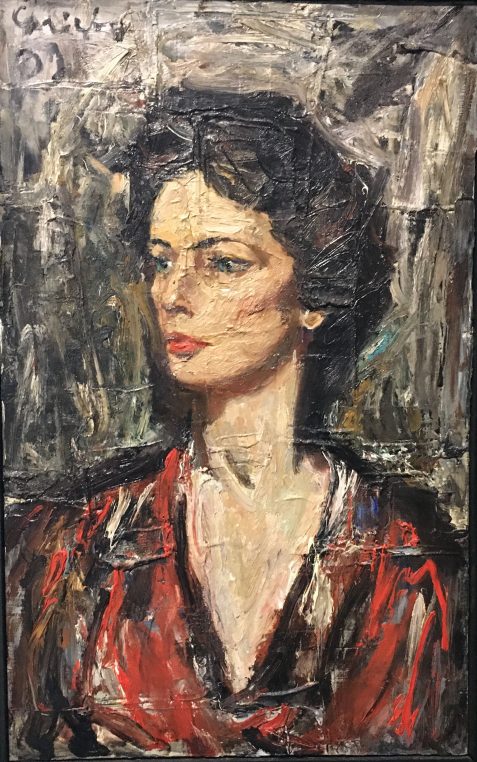 Christo met his French wife Jeanne Claude through the hairdresser Jacques Dessange who introduced  him as a portraitist to society ladies and models from his salon. And Jeanne Claude’s mother, Precilda de Guillebon, was one of them. The first painting in the show is her portrait signed Christo Javacheff in 1959 and he did two of the General de Guillebon in their country house of Essertaux. He would go on to do more portraits, but wrapped this time, of Jeanne Claude, Brigitte Bardot and Denyse Durand Ruel who lent a few paintings to the exhibition. 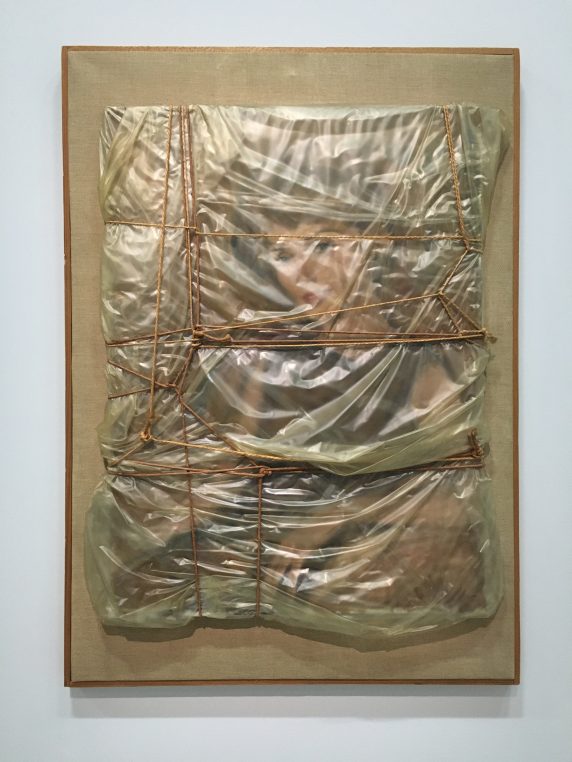 The first rooms of the exhibition, entirely devoted to the Paris years 1958-1963,  are very intimate. It is incredibly moving to discover these works which have hardly ever been shown. The abstract painting “Untitled” from April 1959, was influenced by Pollock and new American painting.  After seeing Jean Dubuffet at Daniel Cordier’s on rue de Miromesnil,  he was inspired to do his magistral series of craters. We then discover his first wrapped objects which include Jeanne Claude’s shoes and his son’s toy horse. Jeanne Claude was briefly married in August 1959, divorced and their son Cyril, was born in May 1960. 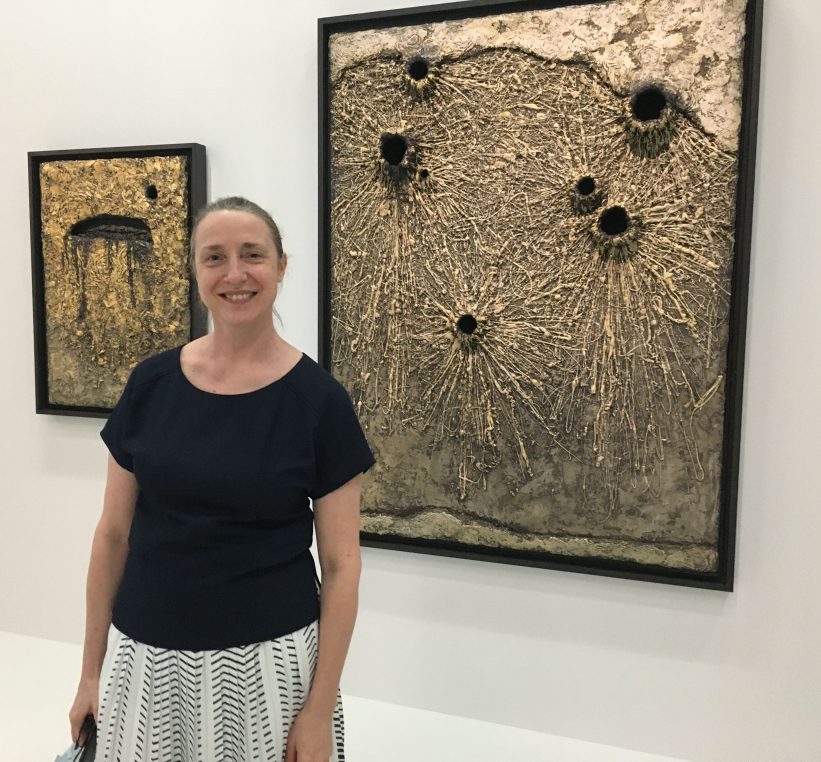 Sophie Duplaix, the curator of the show, in front of “Crater”, 1960, given by Christo to the Centre Pompidou in 2019 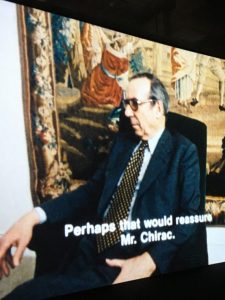 Then comes a large window with the wrapped furniture, trollers, baby carriage, anything he could find to wrap, and a series of store fronts and show cases in 1963. A few projects for wrapping the statue of Louis XIII on Place des Vosges, other Paris monuments and the Pont Alexandre III, including Arc de Triomphe which will finally be wrapped in September 2021.

A few irresistible videos cannot be missed: they relate the political siege of Jacques Chirac, then Mayor of Paris (under the Mitterrand Presidence), to convince him to accept the wrapping of the Pont Neuf in September 1985. Michel Debré, a fervent gaullist with weight, is contacted through Christo’s father in law, the General de Guillebon, who shows his sense of humour throughout the film. In 1985, it will be Jack Lang, culture minister, who inaugurates the project.

Then opens up the “avenue” of magnificent large drawings done between 1975 and 1985 of the Pont Neuf. The range of color and angles is fantastic. They all come from the artist’s personal collection. We also get to see the real golden cloth, the ropes, the instruments which were used at the time and a very large model of the two arms of the Seine. 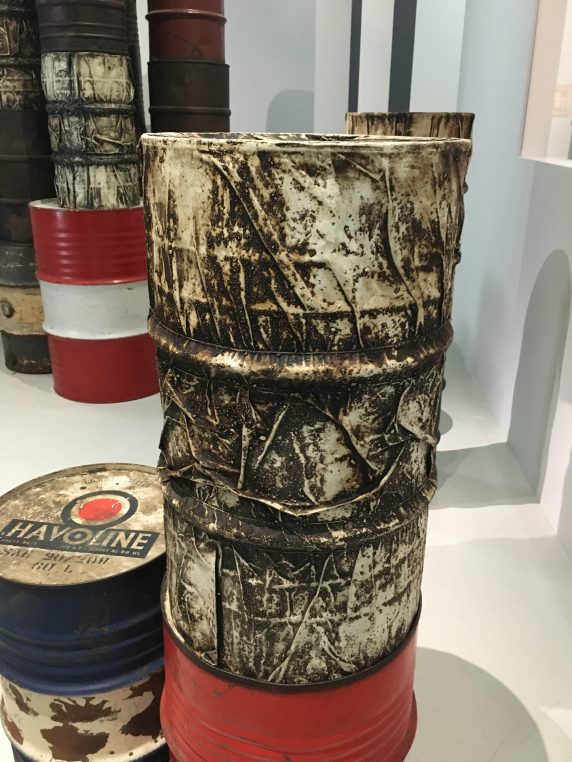 This is also where, on a large wall,  photographs show different actors of the wrapping, François Sage the lawyer of the association for the Pont Neuf, art critic Pierre Restany and Laure Martin-Poulet, Christo’s then press officer on the project, and President of the Arc de Triomphe project for 2021. The letters and numerous documents show how difficult every wrapping project was and what a fight the couple led to achieve their art. 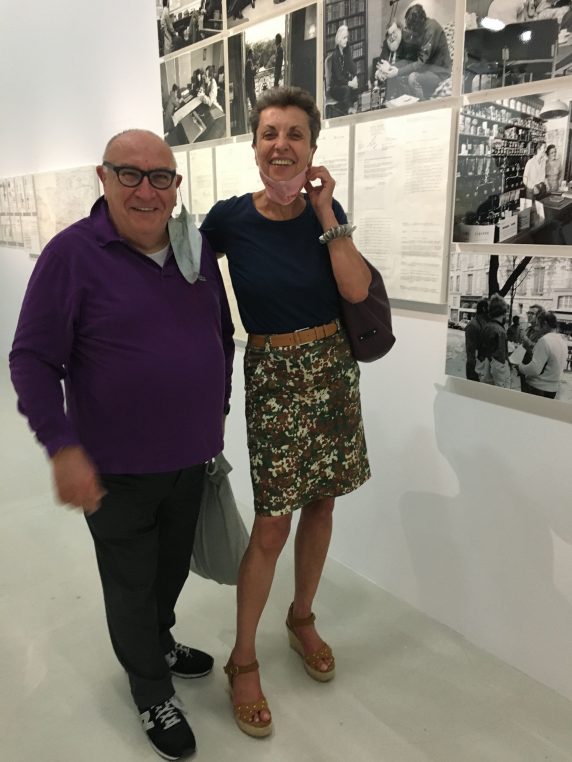 François Sage and Laure Martin in the show last Friday

It is a fairly compact exhibition with fabulous documentation on his Paris years, including the “Iron wall” happening, made with oil barrels one night, on rue Visconti, on June 27, 1962 (a reference to his Bulgarian communist education). The numerous wrapping techniques and materials with pieces of furniture and show cases are particularly interesting. The first few paintings show what a talented artist he was and the incredible story of his collaboration with Jeanne Claude for 51 years. 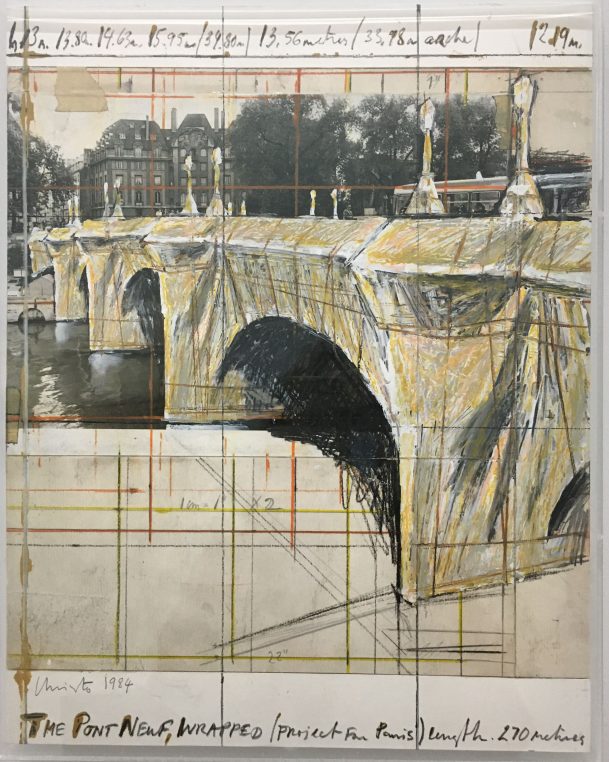 This exhibition is the first step towards Christo’s last project, the wrapping of the Arc de Triomphe, which Serge Lavisgnes and Bernard Blistène for Pompidou, Philippe Belaval for the Centre des Monuments français, have fought for all of last year. Christo died on May 31 just short of his 85 th birthday. He was a twin to Jeanne Claude who died in 2009.  They spent their life in New York and both became American citizens. To the end of his life and many years after Jeanne Claude’s death, all of Christo’s works were signed Jeanne Claude and Christo. 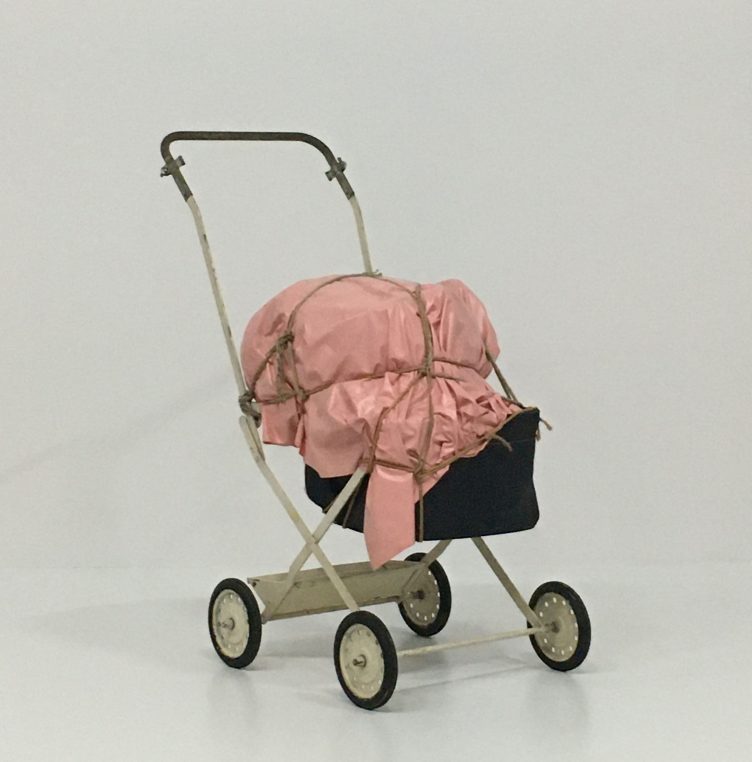 At the end of the show, a list of Christo’s different projects gives a quick idea of his lifelong dedication to wrapping. The show is beautifully crafted and yet very synthetic, with so many new pieces that one’s spirit is constantly excited.  Do not skip the films, they are really interesting.

3 Comments on “Christo is alive at Centre Pompidou”