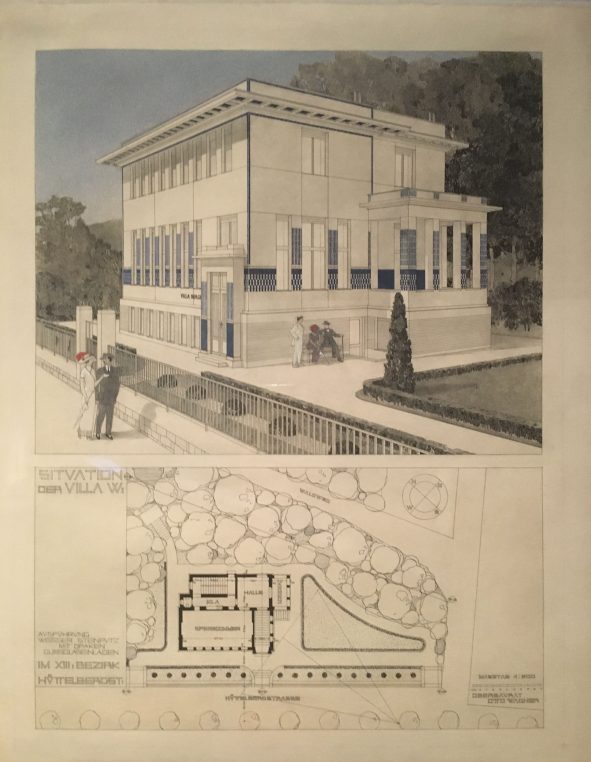 I was attracted to Palais de Chaillot by the Otto Wagner exhibition about the famous Vienese architect and as a bonus I found the exquisite show of architectural drawings from the Albertina museum in Vienna. So there is definitely a double attraction at Cité de l’architecture at the moment and you can end your visit with the small space devoted to the reconstruction of Notre Dame on the ground floor or even indulge at La Girafe the luxurious restaurant on the ground floor. 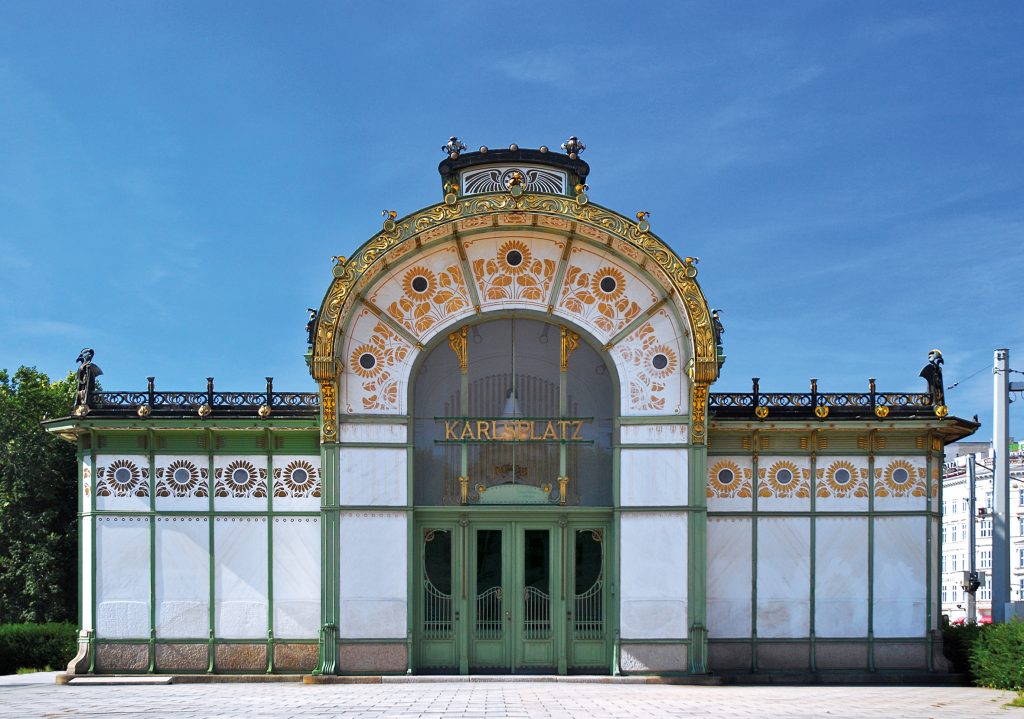 Otto Wagner lived at the Turn of the Century in Vienna and trained a number of students who created “the Secession movement”. As such he is considered as one of the most important European architects of the time. He was instrumental in creating a contemporary architecture with complete interior decoration. This was so revolutionary that he was often unsuccessful in competitions. There are many drawings of his projects in the show that were never built! 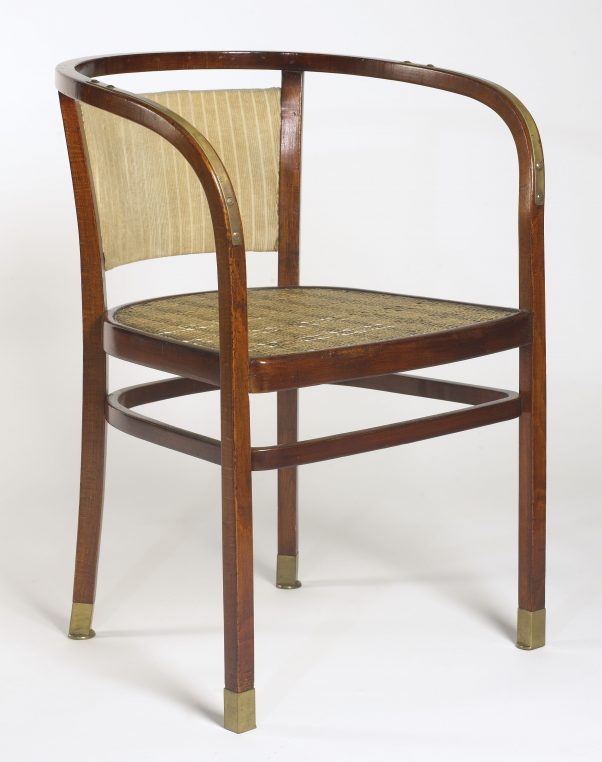 He was nevertheless a fantastic designer and some of his furniture have become classics. His design for die Österreichische Postsparkasse is famous and he stands out in the show, for his decor of the windows for the newspaper Die Zeit in 1902. The lamps he created, the aluminum that he used extensively and the new typo for the name of the newspaper are all quite revolutionary. There are a number of private villas in the show including two, which he built for himself, an a few monumental official projects which helped redesign the city of Wien. His career spans over 60 years and his teaching at the Arts Academy was widely published. 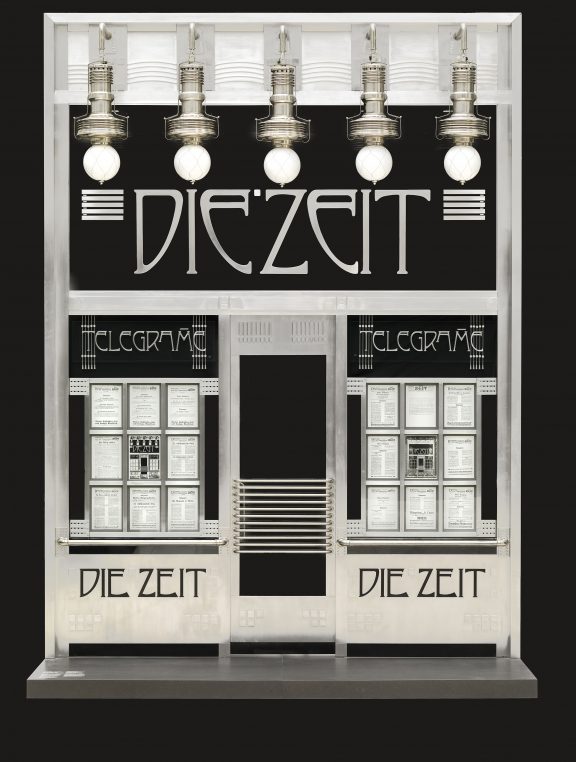 The Albertina museum owns 55 000 architecture drawings of which 111 are presented here in a large room next to Otto Wagner: they are so diverse in style and century that the show is a constant delight. From Pannini to Canaletto, François Boucher to Hubert Robert, two extraordinary projects for cathedrals in Brazil stand out in their modernity. The collection was started in 1776 by the Duke Albert von Sachs-Taschen and enlarged periodically since. There is a section for gardens and decorative arts. It is exhibited  in a thematic way rather than chronological, which allows the visitor to dream about each drawing. 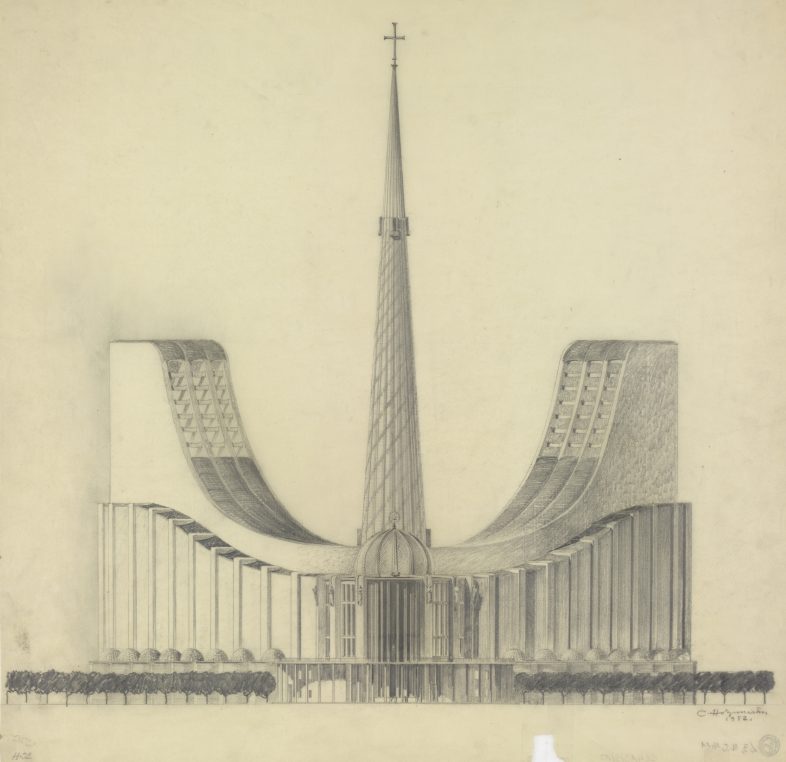 The themes are façades, ornementation and decoration, color, cupolas and towers, urban landscape, bridges and fountains, illusion of space, visionary architecture, modernity and dialogue between architecture and sculpture… Frank Lloyd Wright’s façade of Dorothy Foster’s house in Buffalo competes with Jacques Rigaud’s drawing in ink and chalk of the old castle in Saint-Germain-en-Laye. An incredible Mountain hotel on the Rax (1926), south of Vienna, by Helmut von Wagner Freynsheim attracted my eye. It was built 2 000 m high, with the only access though a telepheric… 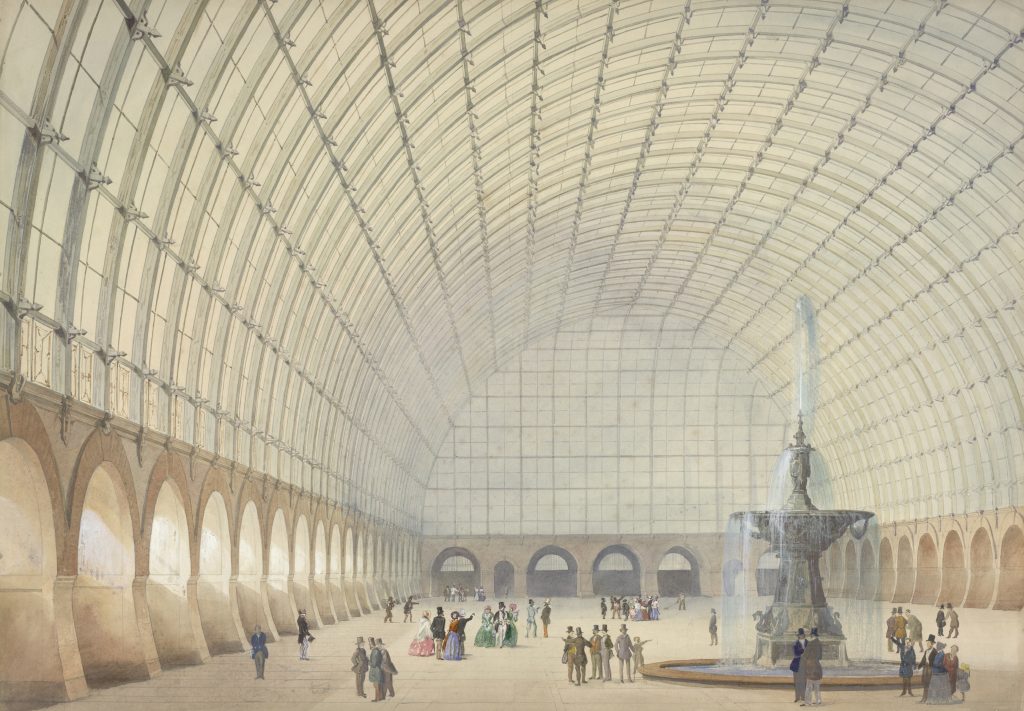 A view of the Augustus bridge in Dresden by Johann Gottfried Klinsky (1793),  was also very moving. Ferdinand Kirschner’s perpective for the extension of  the Vienna Hofburg is an uplifting  large watercolor. The list is endless…

Architecture is such an interesting reflection on life at a certain time in history, that both exhibitions are fascinating in terms of social study. I was disappointed by the contemporary drawings from the Albertina which include a mediocre sketch by Zaha Hadid, but loved wandering among all these treasures which were quite unknown to me… I found the Otto Wagner show a little dry, but both are very instructive.

François Boucher, View of the courtyard of a Parisian house, ca 1750-1755, © The Albertina Museum, Vienna

One Comment on “Cité de l’architecture explodes with drawings”