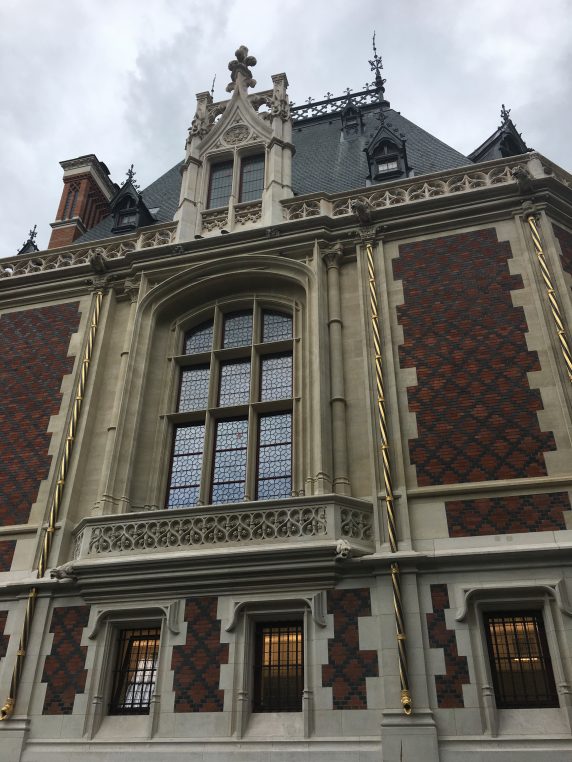 This is a building you’ve passed a hundred times while driving to CDG airport on boulevard Malesherbes.  It used to be the prestige offices of Banque de France with a huge safe room surrounded by a moat! And before that, it was built in 1878, by architect Jules Février for Emile Gaillard, a member of the 19 th century banking circles, which included the Rothschild, the Pereire, the Greffulhe and the Hottinguer. This “castle” in the middle of Paris was modeled after château de Blois and has produced a disciple in Asheville, North Carolina, where Richard Morris Hunt, trained at Ecole des Beaux Arts in Paris, built the Biltmore Estate.

The main staircase at Citéco

It was dream come true for me to enter this mythical house that I have known since childhood. It is so 1900 in style that even the rhododendrons planted in front of it, on place Malesherbes, seem to be period pieces. It is another crazy building resulting from the wealth of railroads and the  industrial revolution which lead architects to build châteaux de Ferrières, Vallière, Le Piple, and so many Paris hôtels particuliers, which have since been destroyed. This particular one was saved by Banque de France when it bought it in 1919, seventeen years after Emile Gaillard‘s death. Plaine Monceau was the centre of new wealth at the time, with the Camondos, Gustav Dreyfus and the Goldschmidts, the Strauss and Marcel Proust’s world, who had all built private houses, and this strategic spot attracted many new affluent clients. 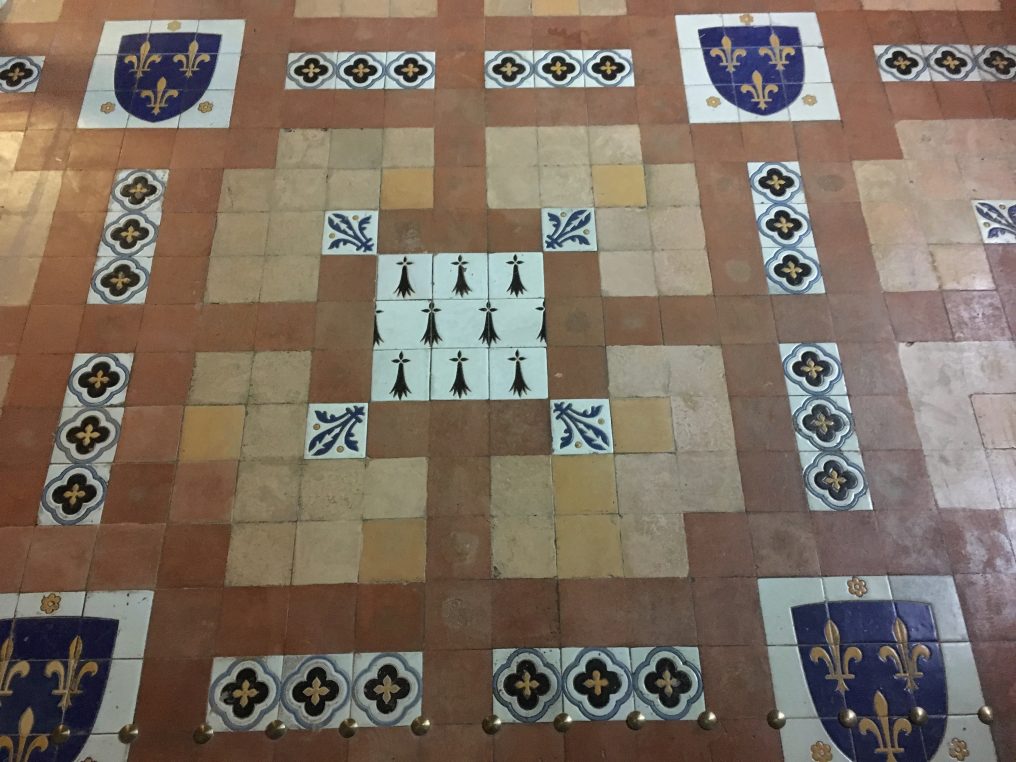 The floors were restored methodically and are spectacular

Emile Gaillard was the heir to a banking family from Grenoble, a city east of Lyon,  of which his father was mayor. But he was also a student of Chopin (who dedicated to him a mazurka) and a passionate collector of medieval and renaissance art. He lavishly decorated this house with tapestry from the Flanders, Bernard Palissy faience and richly decorated bathrooms and bedrooms.  No money was saved  on sculpting the doors, the stone of the fireplaces and even the evacuation pipes on the façade are gilt and decorated. He  gave a big masked ball in 1885 to celebrate his installation. 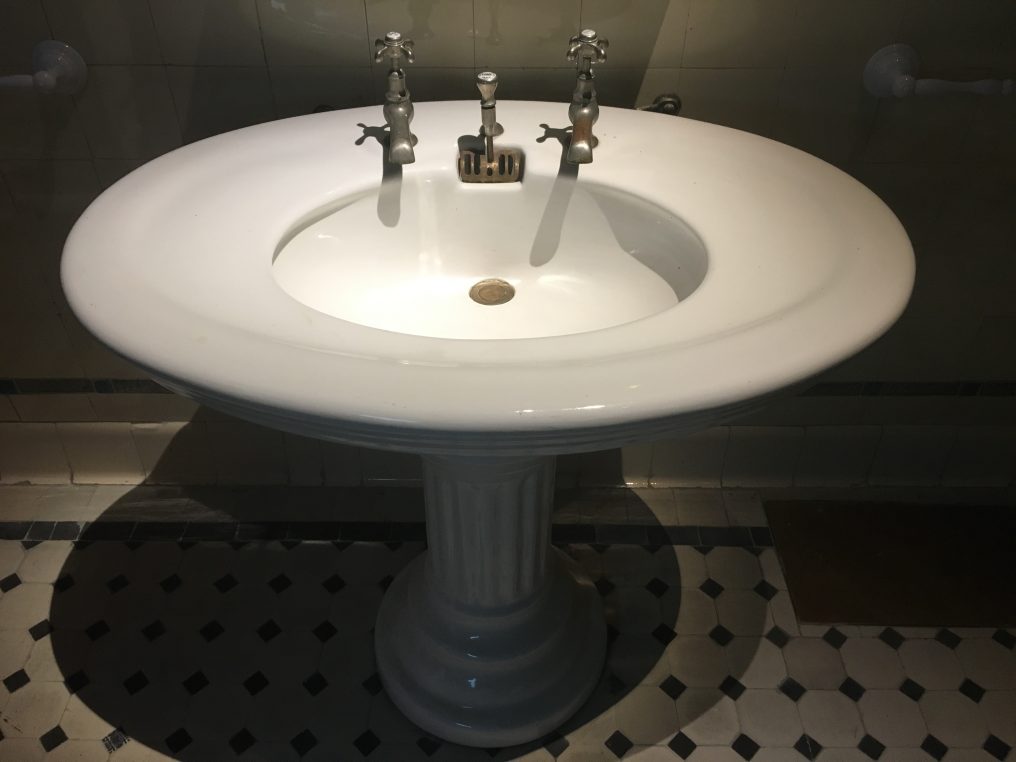 The main bathroom has kept its beautifully designed sink

It was thus very logical to turn this historical banking building into a center for Economic apprenticeship and La Cité de l’Economie or Citéco as it is named, opened to the public last Saturday. It is fascinating to discover on the lower floor, the Salle des Coffres (safe room) and its numerous little benches where you could count your gold. It is one of the least devastated rooms of the building.

The room for “exchanges” in the former dining room, Photo Charlotte Donker

You can amuse yourself and print your own bills. This room is surrounded by a moat and the night watchman used to go around it in a suspended basket which is visible in the hall way. The café is in a covered courtyard from which you discover the tower (from Blois)  with a staircase. 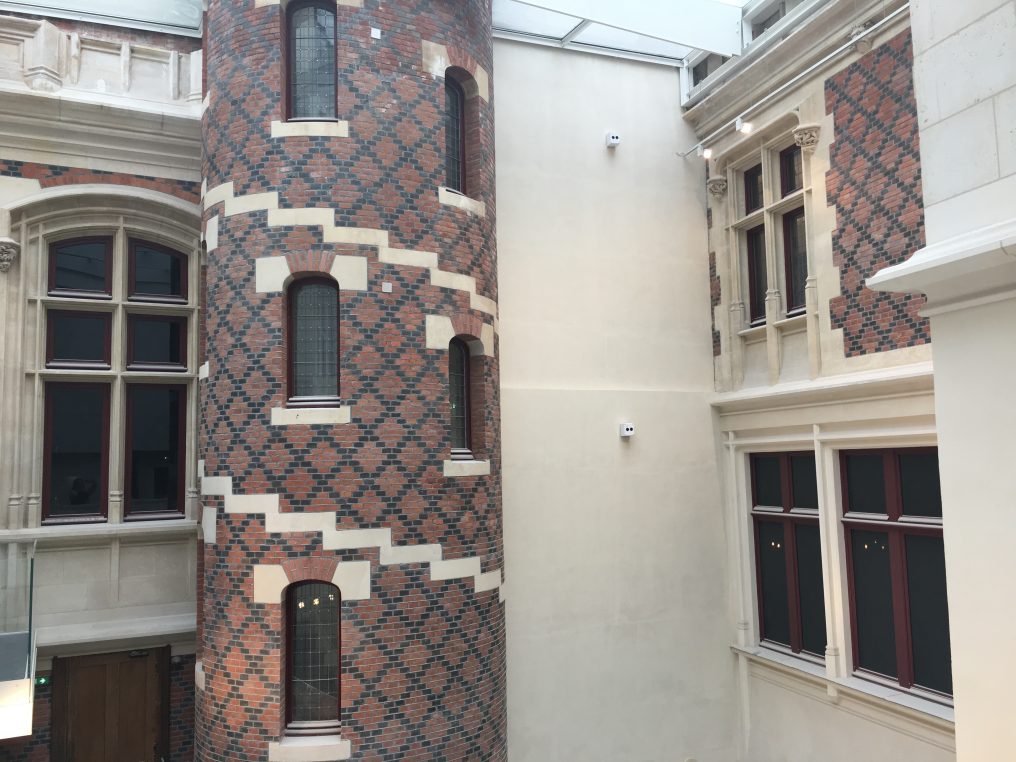 The café is located in the interior courtyard

When you walk up the large central staircase, there are not too many screens yet, and you can still feel a bit of the19 th century ambiance. But as soon as you enter the dining room or Felix Gaillard’s office, your eye is traumatized by huge screens and round consoles with economical facts and games. This place will see a lot of schoolchildren for sure, but why destroy the general aesthetic with badly designed material? 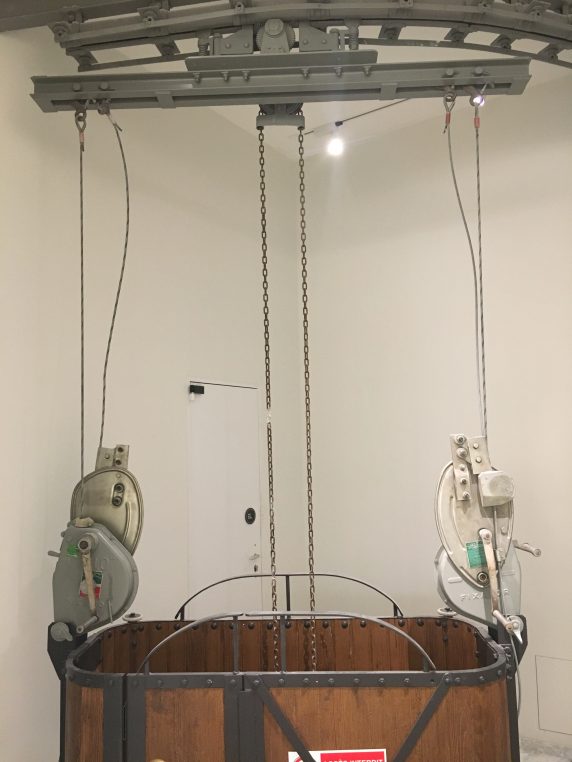 I was very sad to see the bright red furniture and the huge grey signs summing up the rules of the stock exchange or the world economy. All topics from unemployment to market regulations are approached through interactive games. This is fun. But why make it so ugly? 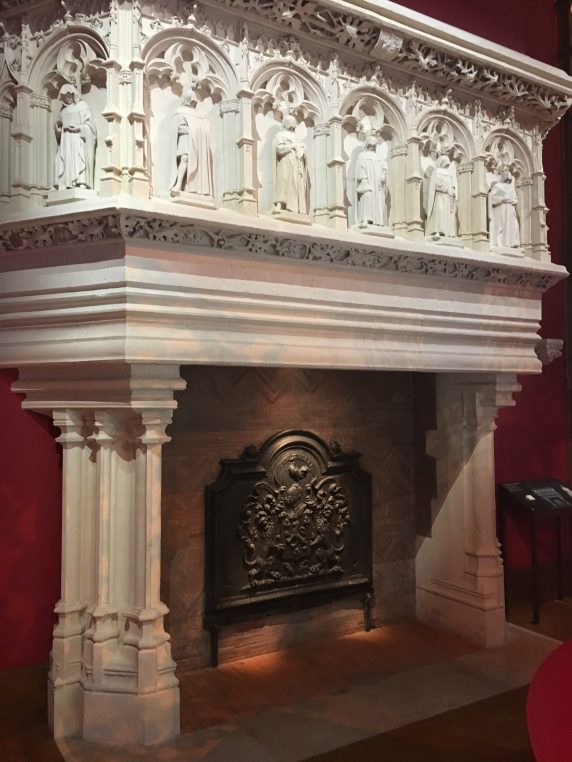 The chimney has retained its sculptures

So do go and visit Citéco but its past splendor. The café I snot yet open so I can’t give a star, but the building is definitely great fun. 1 place du Général Catroux, 17. Tuesday to Sunday, 10 am to 6 pm.

And if you can’t go, buy the guide published by Editions du Patrimoine (8€), it’s almost as fun… 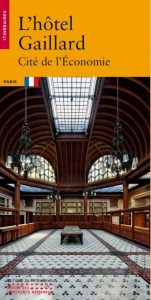 3 Comments on “Citéco, a dream Neo Renaissance house turned into a tech nightmare”