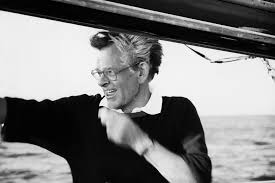 « Why would you want to write about Claude Perdriel ? », asked famous writer and journalist Jean Daniel, « because his life is a novel » replied biographer Marie- Dominique Lelièvre. And this is exactly what I felt like while reading this fun and lively biography of one of France’s most brilliant contemporary press entrepreneur.

His life starts unhappily in 1926 with his father’s bankruptcy after the 1929 crash.  His parents separate and he is torn between numerous boarding schools and moves from Le Havre where he was born,  to Paris XVI th arrondissement, where he spends his teens. His mother does not show any affection, his older brother is always away, his only rock is his grandmother, an elementary school teacher who trains him early on to read. 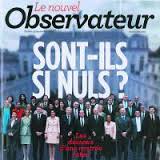 The irreverent weekly magazine wonders if the government can govern?

Books and beautiful women will be a constance  and it seems that he looks for love all his life, until he finally meets « the » great love, (page 291) Bénédicte Sourieau, a beautiful 22 year old, raised in Tahiti, whom he hires as an au pair when the mother of his four children runs away. They have been together twenty four years.

What is delightful in this book is the portrait of a man, who works hard to get into Polytechnique, the prestigious military school, and keeps a complete freedom of mind and behaviour during his long career. He does not hesitate to create a company of portable toilets, delivers coal early in the morning around Paris, works with his hands as much as with his mind. What saves him from a lonely childhood, are his friends and lovers (and former lovers), who all gather to form a new family. They go on holiday together to St Tropez or Formentor, most of the girls get on well with each other and form a court of admirers of Perdriel who is generous and fun as well as smart.

His intellectual friends, writer Jacques Brenner and Jean Daniel  (who later  marries Michelle his beautiful first wife), his aviator mate, Alec Couvelaire with whom he flies a Cessna all over France,  Jeanne Moreau who leaves him for Pierre Cardin, the Pisier sisters… are all part of his “new ” family. He travels to the United States where he discovers the New York Review of Books, the New Yorker and also Newsweek. He creates the Nouvel Observateur, a leading leftish weekly, which was my favorite read in the 70’s for its mix of cultural articles and social studies. Claire Bretécher, Jean Louis Bory, Wolinski, Mona Ozouf all contributed to our student’s years of happiness. 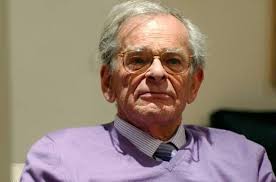 At 90, he still runs his press group

This was all possible thanks to Sanibroyeur, a company that made toilets which could be installed everywhere. As an engineer, he knew to employ discoverers of new techniques and always managed to make enough money with his companies in order to invest in his magazines and newspapers.

Claude Perdriel is the sort of man everyone would like to  meet once in their life. A perfect friend, a bright mind and an incredibly attractive charmer. Mitterrand asked him to run his campaign in 1974, he was close to many politicians but always kept his freedom of mind.

He was accustomed to never owning anything when he was little and he kept that habit all his life, giving away art and furniture to his friends. When he needs money for Le Nouvel Observateur, he sells his art collection.

Marie-Dominique Lelièvre’s book is largely based on the houses he lived in, moving from the XVIth to the VIIth arrondissement, halfway through life. He keeps no  personal archives so it was not an easy process. She interviewed his many friends and former mistresses. It is a lively portrait of one of our last sympathetic and independent entrepreneur, who still owns a small press group Challenges, Historia, Sciences et Vie, Magazine littéraire… An eclectic mind ! (“Sans Oublier d’être Heureux, éditions Stock)

One Comment on “Claude Perdriel, a very serious lover… of life”