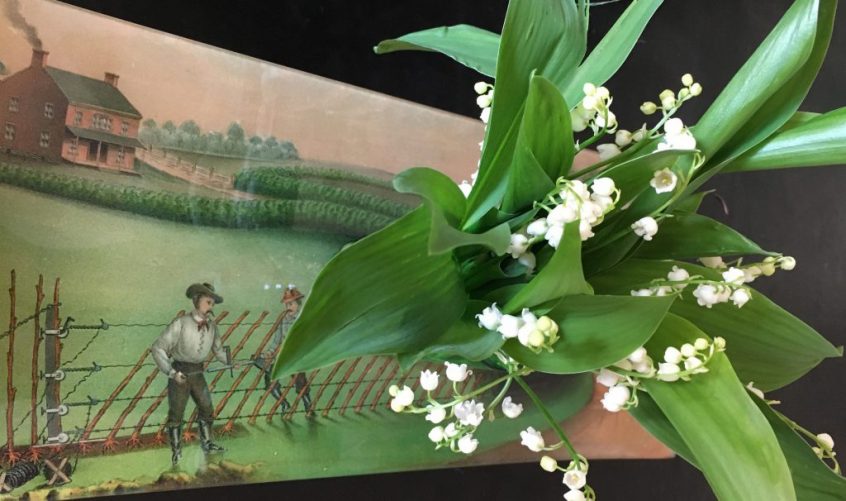 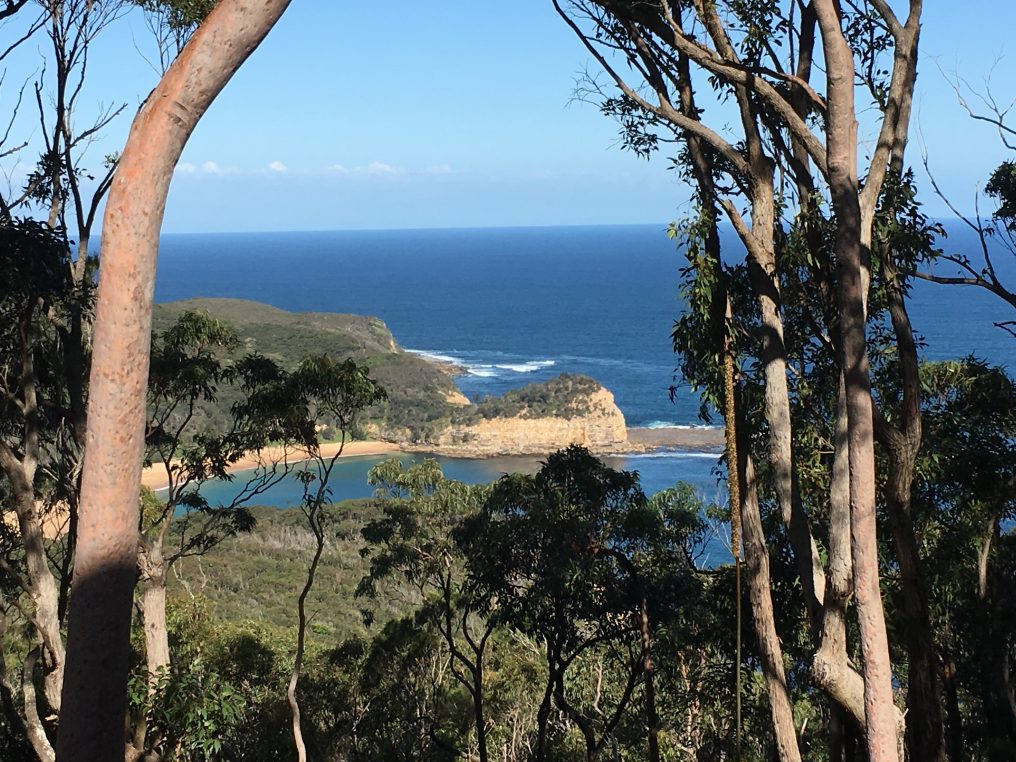 You have been many to send me your confinement pictures. Thanks. Here are some of the most  beautiful. Suddenly, we all discover magical worlds in the countryside or in town. The great advantage of course, is that spring, the nicest season of all, has definitely settled in with temperatures of 25° in Paris. Of course it is fall in Australia, and still beautiful. I heard that it snowed in New York last week though. Isn’t it ironical that sun is shining so strongly on all of us? Even President Macron had a tan for his address on television, he probably got it in the Elysées gardens? And while I watch my geraniums open up slowly, I can feel a slight sunburn. 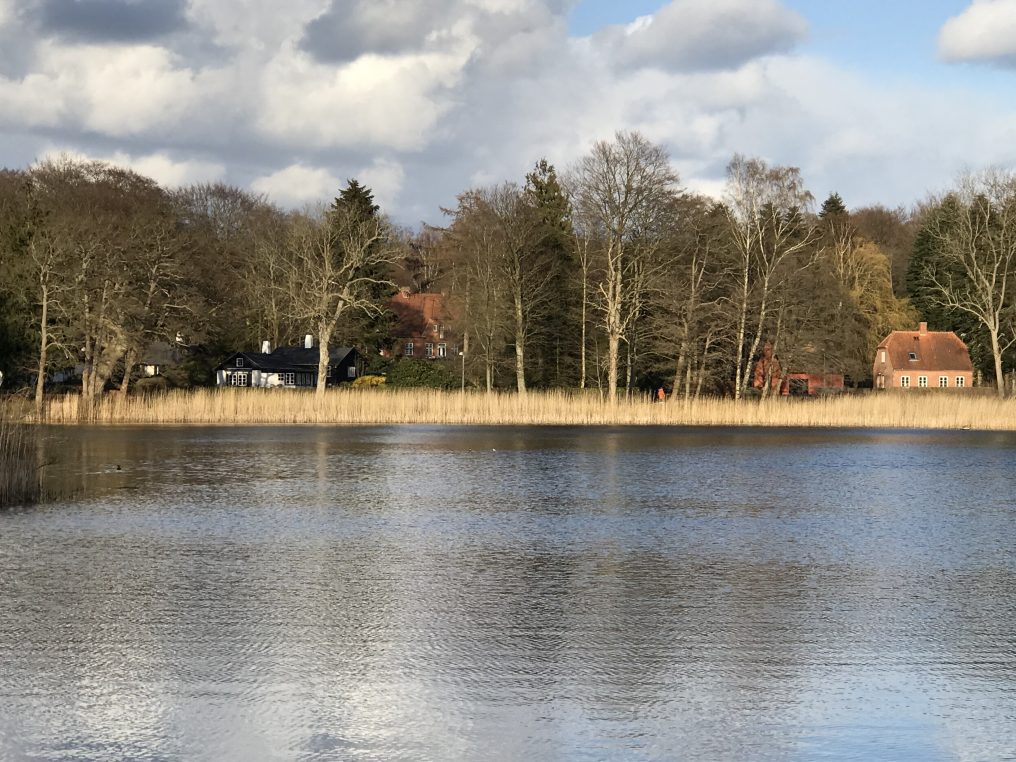 The view from Lin Utzon’s house in Hellebæk, Denmark, where the lovely Queen Margrethe II, could not celebrate her 80 th birthday …

There are some good news in the midst of it all. Governor Cuomo is making a big break and maybe preparing to run for the 2004 elections? The money in cash I sent by post to a friend in need, finally arrived after three weeks, from Paris to the near suburb. The Boucheries Nivernaises, one of the best butchers in Paris who cater to the Elysées palace, are open! But “My kingdom for a horse” Shakespeare’s famous sentence in “Richard III”, could be applied to flour which can be found nowhere in Paris… I needed some to make a cheese soufflé and crêpes. 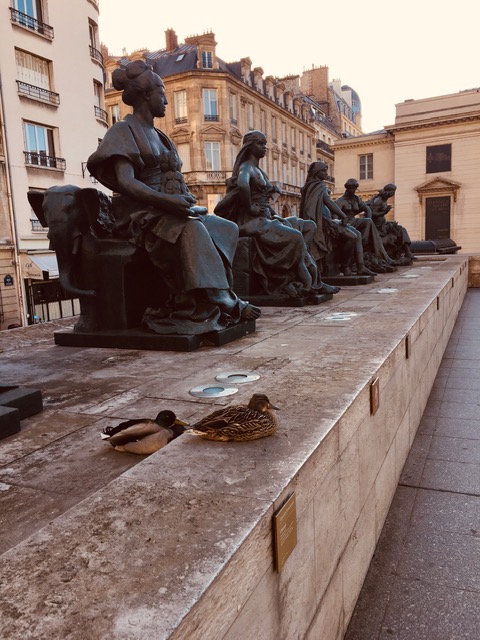 Two of my friends seem to be walking around Musée d’Orsay early in the morning and noticed the same two ducks mating. So here they are, very plump ones too. I read in the Figaro this story of a 99 year old British veteran, Tom Moore who raised 23 million £ for the NHS. He walked with his walking frame a hundred times along his tiny garden in Marston Moretaine, Bedforshire, and achieved 2 Km 5. His aim was to raise 1 000£! 800 000 people sent money… 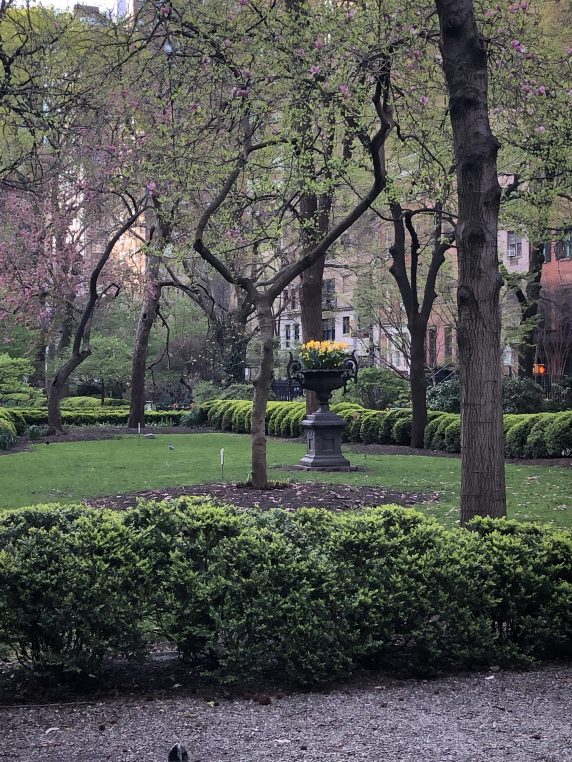 In Gramercy Park, I wonder if Jonathan Galassi, a poet and the President and publisher of Farrar Straus & Giroux (where he has worked since 1986),  meets the wonderful photographer Lois Conner, on his morning walk? She knows China well since she photographed there for years.

The latest news is that seniors over the age of 70 will have to remain in confinement as long as a cure has not been found, maybe December as Ursula von der Leyen has suggested… This rumor has spread fast among editorialists who are (most often) concerned and the “Oldies revolution” is on its way… It is so funny to see all these famous journalists suddenly scandalized! 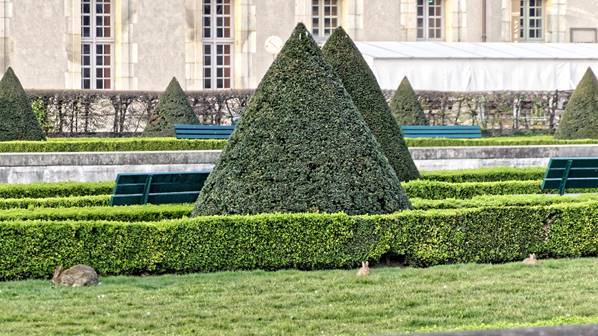 In Paris, one thing is sure, rabbits are having a great time in the gardens of the Invalides as we can see on Easter Day. 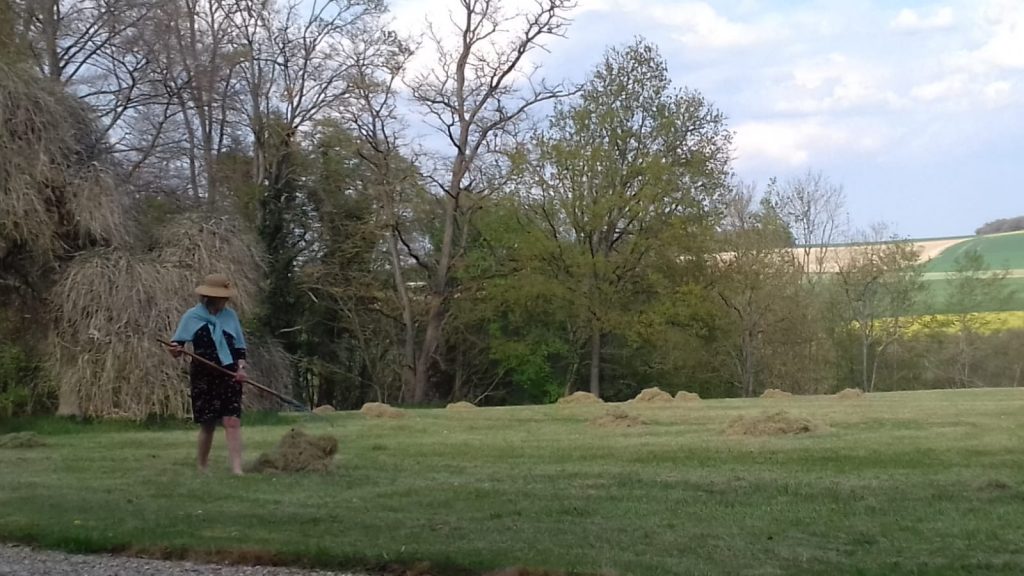 Hay is early this year and Blandine d’Hautefeuille, a writer and marriage counselor, starts a new career in gardening. 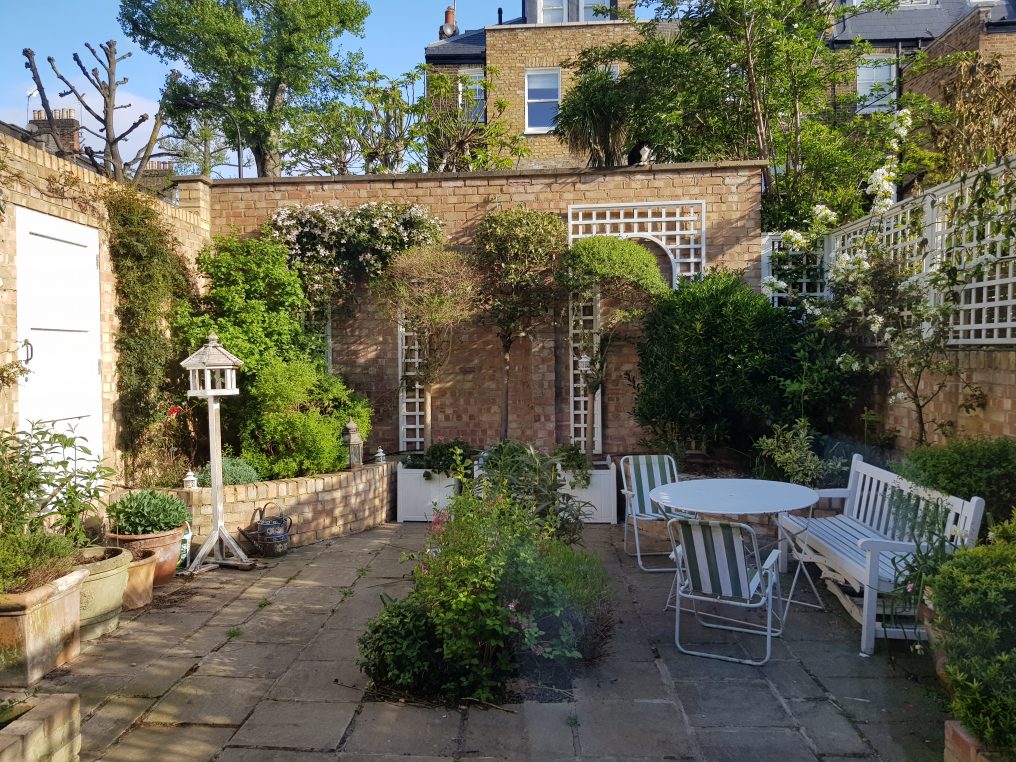 While the Fitzgeralds, writer Rebecca Fraser and barrister Edward Fitgerald, enjoy their beautiful London garden, in Fiesole, Italy, costume designer Antonella Berardi picks her last peonies which are almost over… they have not yet started in France. And in Nashville, novelist Hollis Hampton Jones watches dogwoods from her window. This is a mystery to me, why are there no dogwoods in France? 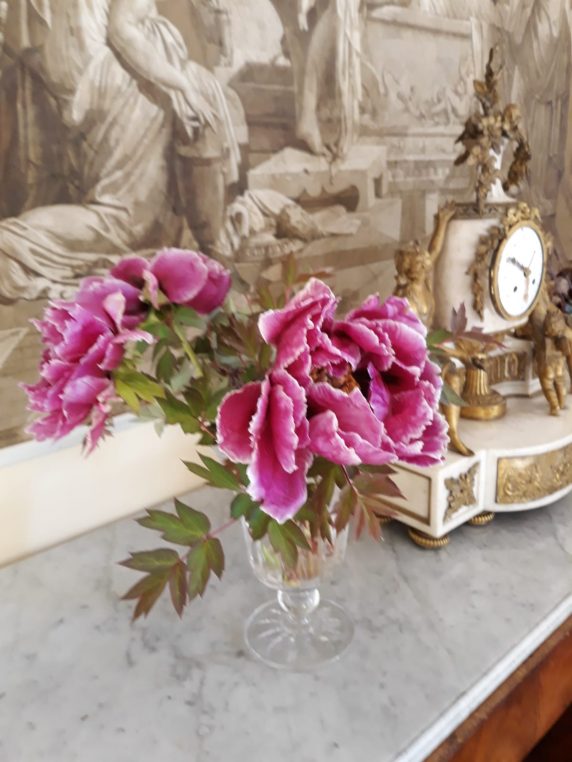 Peonies in Montececeri near Florence

And inch meantime I was offered by first lily of the valley… What a treat. I hope these flowers make you happy?  Have a lovely week.

7 Comments on “Confinement around the world”