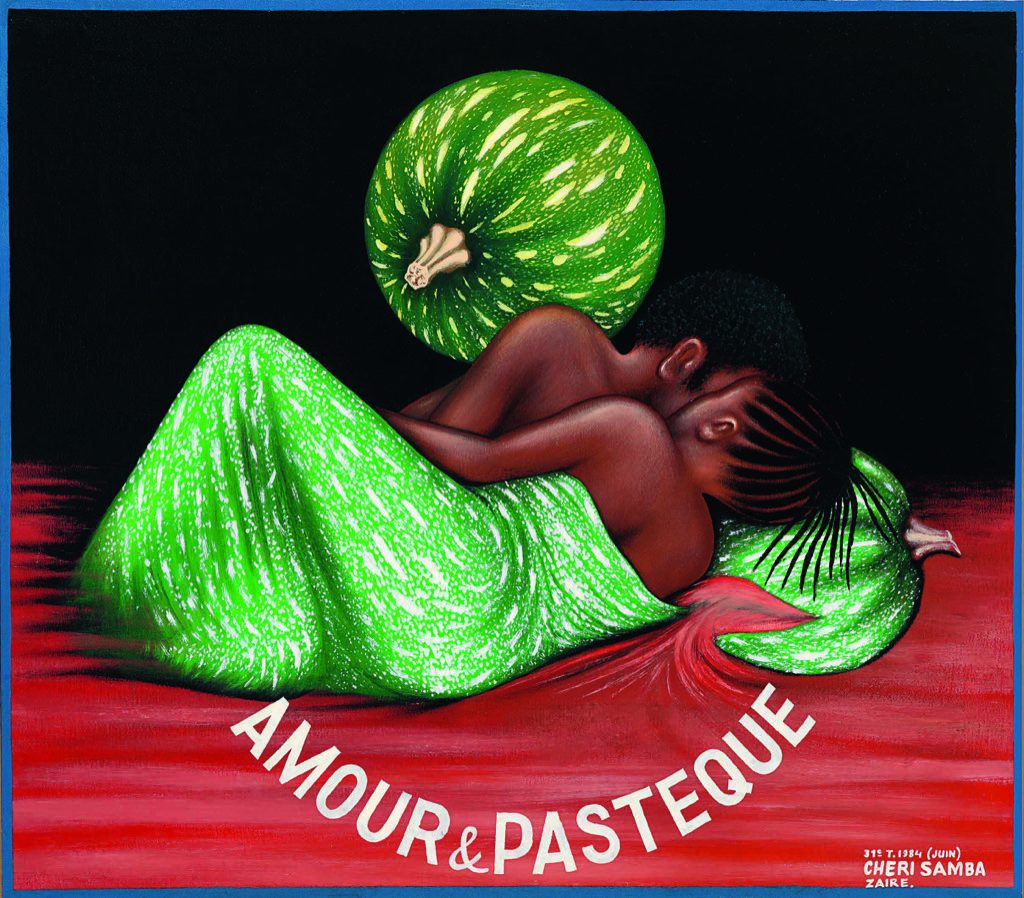 When Fondation Cartier was created by Alain Dominique Perrin and Marie Claude Beaud in 1984, it was located in Jouy en Josas, 40 mns west of Paris and all the fashionistas of Contemporary art met there to discover the park full of statues by César or Arman and the riveting new artists. Today, it is conveniently located on boulevard Raspail in Montparnasse, on the old American Center’s property in a beautiful Jean Nouvel glass building. And in the summer, there is a special bonus, the park covered in wild grass has a little cafeteria ! 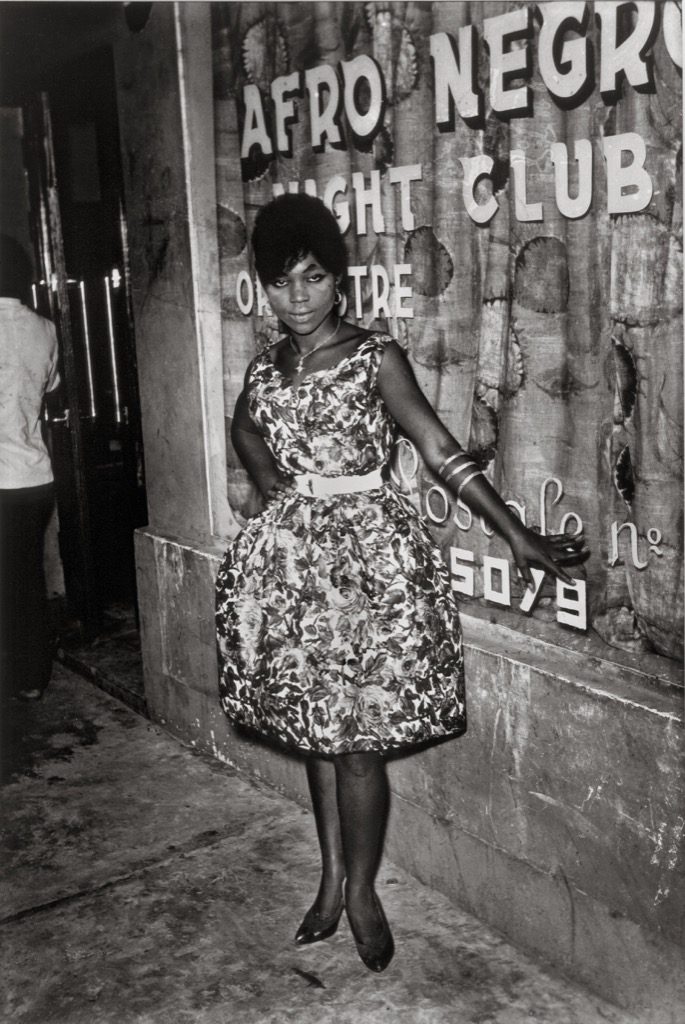 So this morning I strolled through the « Beauté Congo, 1926-2015 » exhibition with extra happiness. For the paintings full of sun and striking colours matched the weather outside. The Democratic Republic of Congo is located between Uganda, Tanzania, Angola and the Central African Republic. It is a huge country with major artists. 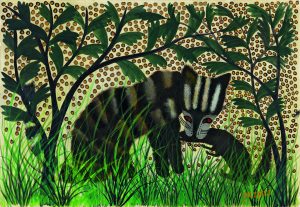 In 1926, when Congo was still a Belgian colony, a first school of painters were noticed for their painted “cases” (houses). Djilatendo and Albert and Antoinette Lubaki were exhibited in 1929-31 in Belgium first, then in Geneva and in France. Most of the pieces shown here come from Belgium and France.  In 1946, Pierre Romain Desfossés created a school in Elisabethville, and more talents emerged. But it is only in 1978 that an exhibition was presented in Kinshasa uncovering such artists as Chéri Samba, Chéri Chérin and Moke who produce figurative paintings with a great sense of humor. 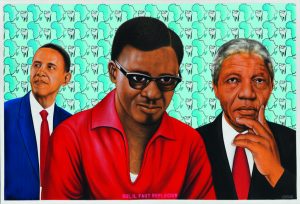 In parallel, many black and white photographs are shown on the two floors of the exhibit. Lenders such as the Belgian Musée Royal d’Afrique Central in Tervuren (Brussels) and Pierre Coos, the French Jean Pigozzi and Agnès B, contribute to give to this show a festive feeling. The diversity of topics, and genres (from naive to political) include three huge electrified models of fantasy cities in plastic and aluminum by sculptor Rigobert Nimi (he was already an electrician at 13 !). And there are a series of concerts all summer as well as special activities for children.