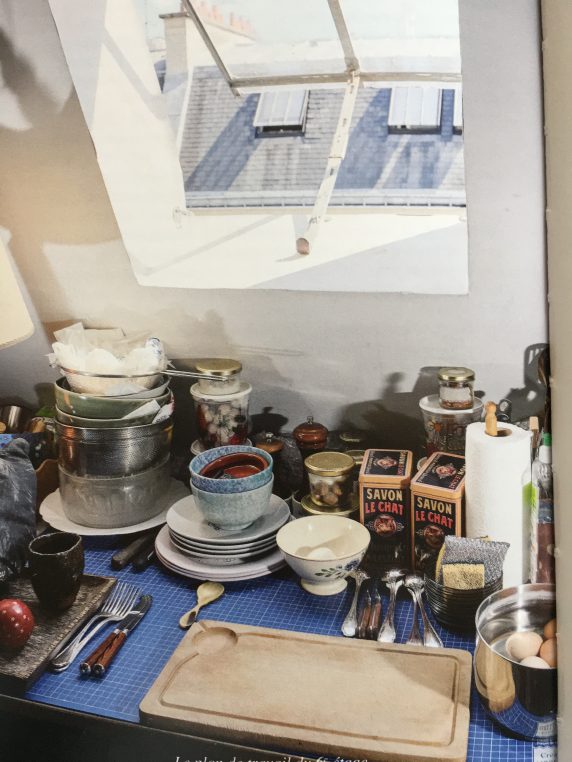 The sixth floor is generally considered in Paris as the level where maids used to live, without the commodity of an elevator and in tiny rooms called “chambres de bonne”. Today, there are mostly students or newcomers who live there and often, still have to share the loo in the corridor. This is where Nathalie George, who was raised by Gigi, a grandmother in love with good simple food, developped her cuisine with no space, only one hot plate, and few utensils, thus defying the rules of gastronomy. The result is this book from another time, with recipes of life as much as of food, “How to do better with less” became her motto after she had a turn of fortune twenty years ago. 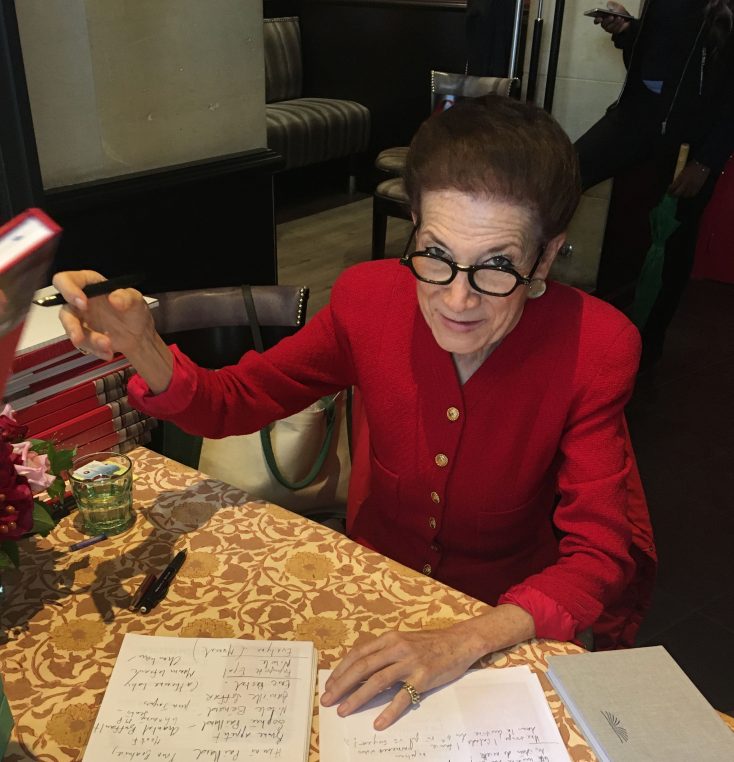 Endives and ham, veal with mustard, kidneys, “soup of the corridor”, eggs every style, peaches in red wine, all the recipes are earthy and perfect for our times of post confinement where we learned modesty and self reliance. The author spent her life travelling to Japan and organizing musical events in Italy and in France. Cooking is the extension of her lifestyle where “Mashed potatoes can be a hundred times better than lobster”. 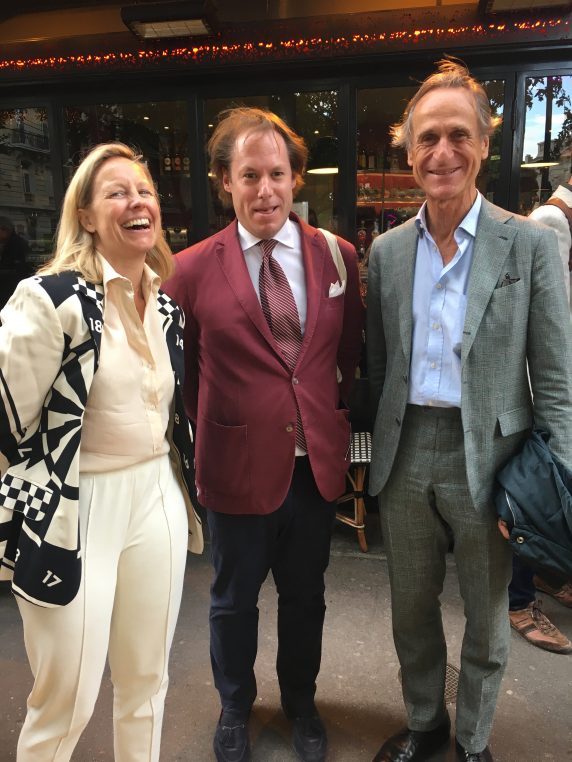 So there is a whole section on Italian cooking learned in Portofino where her mother used to take her on vacation, in Genoa where she went for work, and also risottos practiced in Venice with Mara Martin. She met the late Joël Robuchon in Japan and is a close friend of Yannick Alléno, who wrote an introduction to the book. Jean Solanet, a member of the famous Club des Cent, also wrote nice words about his childhood friend. Nathalie George has always worked for luxury good companies and yet transmits to us her passion for “small”. 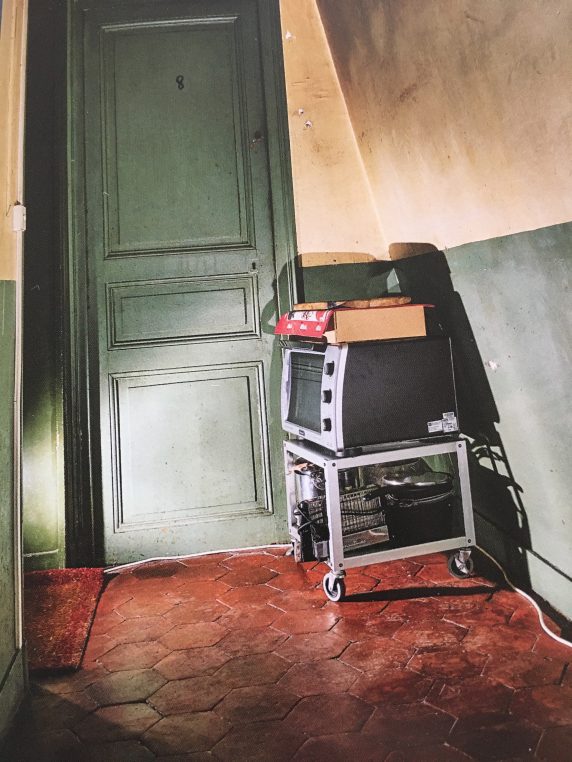 The sixth floor corridor gave its name to a soup and serves as storage for the cooking equipment!

An example is her “tarte au sucre”, with no fruit nor chocolate, nothing but sugar. The salad soup, which is one my favorites, made with the leftovers of salad,  called “salade de fin de marché”, but also fruit salads and apricot mousse.AnotherbooksigningisorganisedonJuly2A

A few students who were her neighbors on the 6 th floor have written testimonies of her cooking parties. They attended the book signing at Brasserie Le Galliera, where she has breakfast every morning. The atmosphere was wonderful with many fans of the author and of Philippine Cruse, who published her first books at her new house, Herodios, two weeks before confinement. This was my first book party and I was happy to hear that there were over a hundred copies of the book sold. No wonder, it is such an original theme!

Another book signing is organized by Albane Dolez on July 2,  from 4 pm to 7 pm at Veralbane, 41 rue Coquillière, Paris 1.

“La cuisine du 6 ème étage” is beautifully printed (in Venice) by Editions Herodios. And the price of 20€ is a tour de force for such a luxurious book. You can find it at any bookstore and at Galignani’s.

4 Comments on ““Cooking on the sixth floor” by Nathalie George”