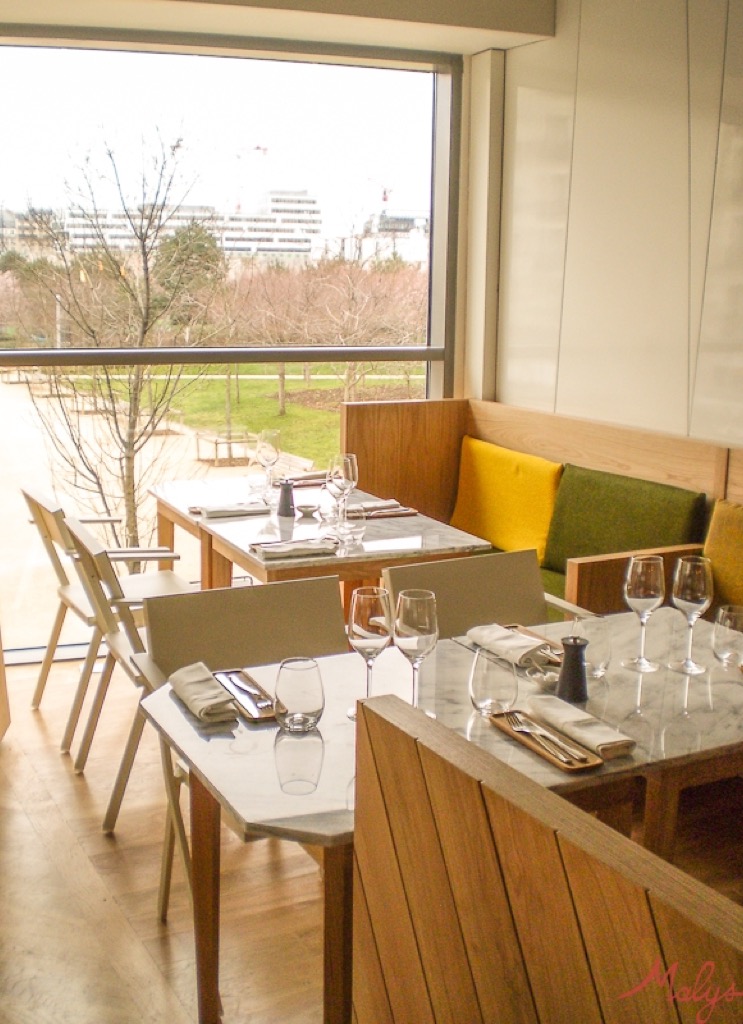 My young golfing friends had told me a about Coretta a month ago but I was a bit defiant since the young have no culinary culture and I was expecting the worst. One of those trendy, tiny food plates with nothing to eat and too many flavors, and a horribly pretentious waiter. Well not at all ! The experience was charming and delicious. For exactly €70 per person. Ideal. 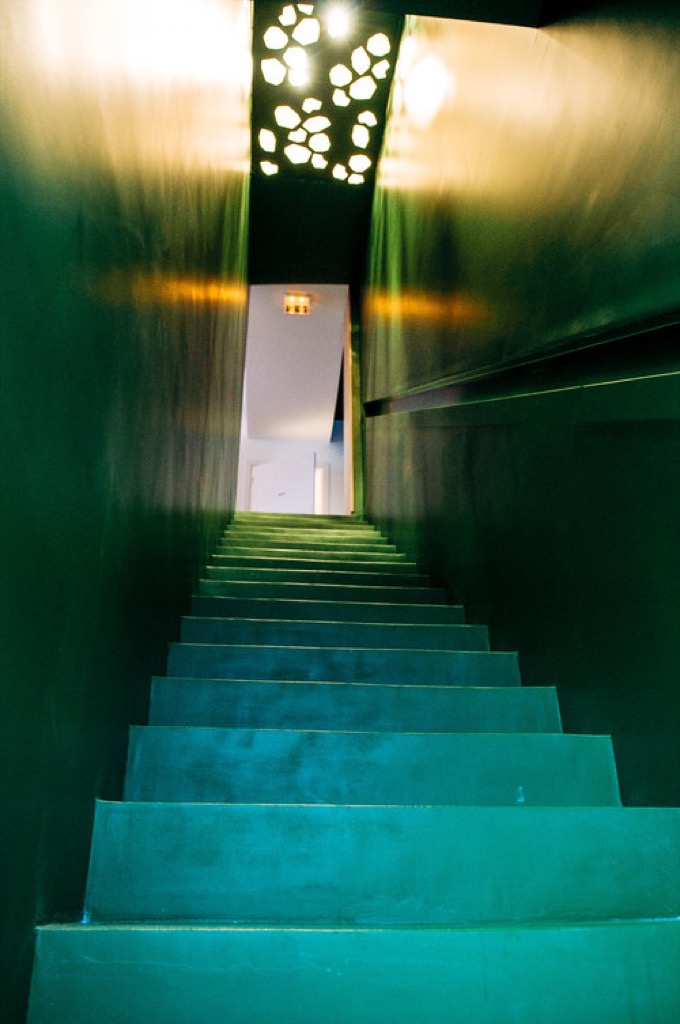 The decor is very fun!

We had, what I think is the best corner table on the first floor (second American), overlooking the park and the street, where trendy couples of this new area of the 17 th arrondissement, were strolling in the gentle March night. Coretta has been open for a year in a very modern block of apartements, near the construction site of the New Palais de Justice, on the border of a large park. Many people have moved there recently, near place de Clichy and the Batignolles’ bio market and the atmosphere is young and bright.
And so were the customers of this fully booked restaurant who all seemed to be in their thirties… so funny. A whole table of pretty girls were probably celebrating a birthday or a promotion, another quieter in a corner had six people who were enjoying their privacy, four businessmen could have been from out of town, two girls alone were discussing their boyfriends …

This is a typical “Bobo” executives hang out, in a beautiful pale beige wood decor, created by Brune de la Guérande, all the way up the stairs and around the first floor. The windows are wide and airy and when the spring finally decides to come, the trees will look stunning.
The host was warm, even though I arrived too early, while the staff was still smoking outside. The waitress had a large smile and seemed genuinely concerned by our well being. I had an œuf mollet with anchovies and a tempura of corn out of this world (I wish there was more on the plate !) and perfectly crispy sweetbreads with sugarbeet crisps and heliantis (the scientific name for jewish artichoke). But I could have chosen the half pigeon or échine de cochon. Everything was tempting on the menu. 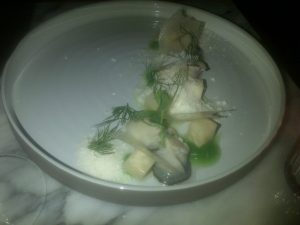 Oysters with celery and horseradish “snow”

My friend had oysters with celery and « snow » (an emulsion) of horseradish and a filet of sole which seemed perfect with shiso and cime di rapa…. For more conventional guests, there was angus beef for two.
Dessert was actually mont d’or vacherin feuilleté (a crust with melted cheese) and I had citronella sherbet with litchi and pineapple and incredible little pieces of black meringue. A simple Bourgogne from Meursault called BB and a great time. (151 bis rue Cardinet. 01 42 26 55 55.)