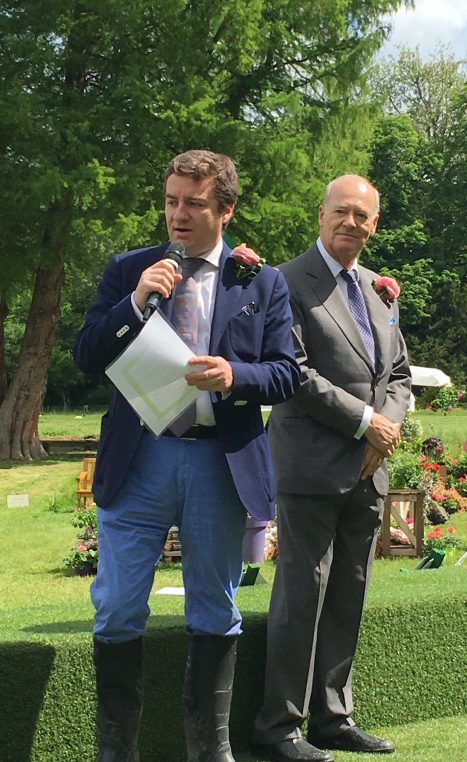 Attending the Journées des plantes in Chantilly (formerly in Courson), twice a year in October and in May, could sound repetitive, but for me it is a renewed and awaited pleasure for I discover new gardners and new plants every time. Last week, the sun was shining, Prince Amyn Aga Khan was running around buying plants for his garden in Geneva and I fell in love with geraniums and a greenhouse that I would love to convert into an office. 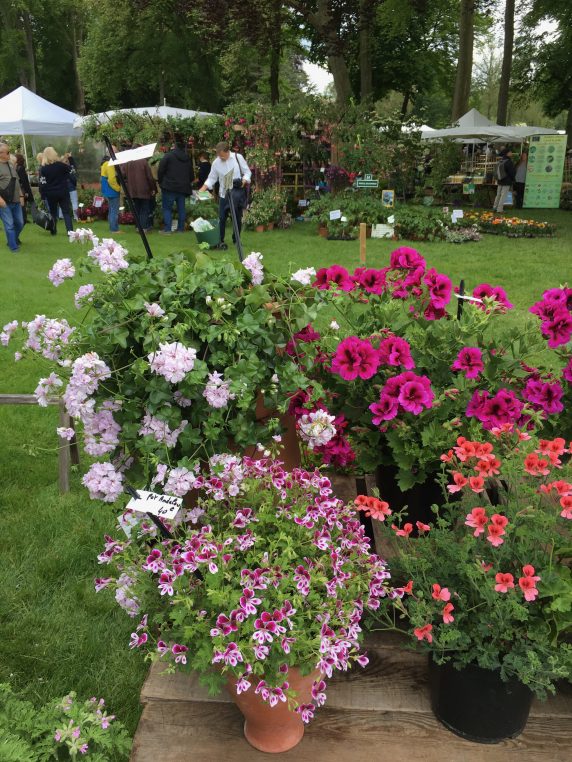 These rare geraniums grown near Dax in the South West, are invented by Yannick Fournet

The news of this edition was the arrival of two new Italian stands which brought plants and pots from the Mediterranean and an incredible choice of lemons. I’ve had lemons on my balcony in Paris for five years and they are thriving. I don’t really eat them but watching them grow in the middle of winter makes me happy. Roses were of course many at this time of the year and azaleas and rhododendrons were the center of attention. 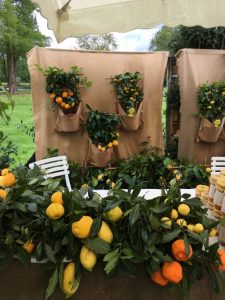 I ran into Jean Michel Lecarpentier from Art Jardin, a company based near Tours which manufactures gazebos and garden sheds. They have one in wood with a platform that looks like the most sumptuous living room. We had a long conversation on the uses of garden houses and seeing his production  with the Temple d’Amour of Chantilly in the background was very inspiring. 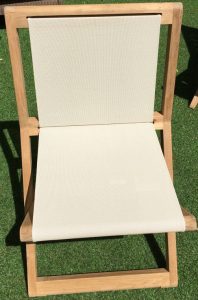 Created by Christophe Delcourt for Tectona, this foldable charm is super slick

It was then time for the prizes of the prettiest stand (Oscar Tinoti Vivai’s lemons) or the Prix du Domaine de Courson given to the rhododendrons of Pépinière Beverlei from Belgium. While I was admiring the new Copa Cabana collection by Tectona, a foldable chair and a couch designed by Christophe Delcourt, a hunt started to catch a beautiful white hen that had run away. It hid under some pretty pink azaleas of Le Portail Enchanté, another Belgian exhibitor, and it took at least ten minutes for its owner to catch it. 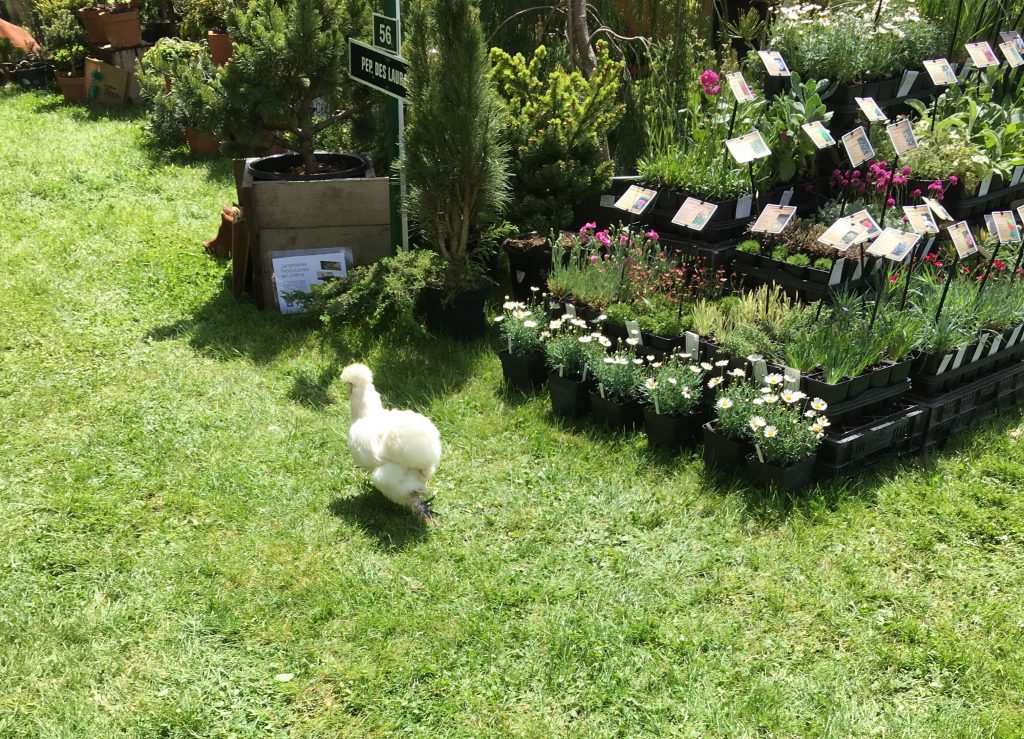 The hen was running everywhere and amusing visitors

This is what happens at Chantilly, where Journées des plantes are the most refined and low key scientific botanical meeting. Neither snobbish not too popular, it has become a grand hub for French, British and Belgian growers. Roy Lancaster, the great British plant specialist raves about the discoveries he makes there every year. And exhibitors are happy for the exposure. 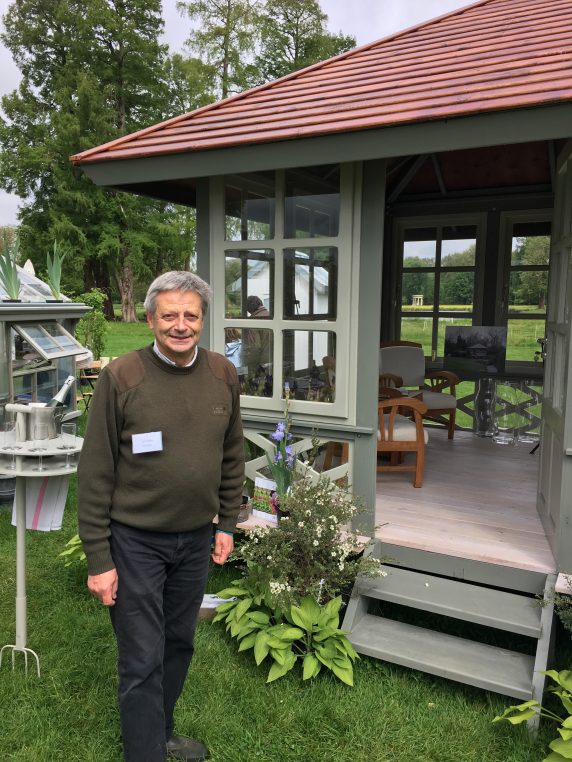 I personally return home every time with a little treasure : this time a pelargonium developed by Yannick Fournet from Fleurs de Gascogne near Dax, who spent a long time explaining how geraniums should be planted in the soil rather than always being kept in a pot. The French are the greatest consumers of geraniums at their windows… 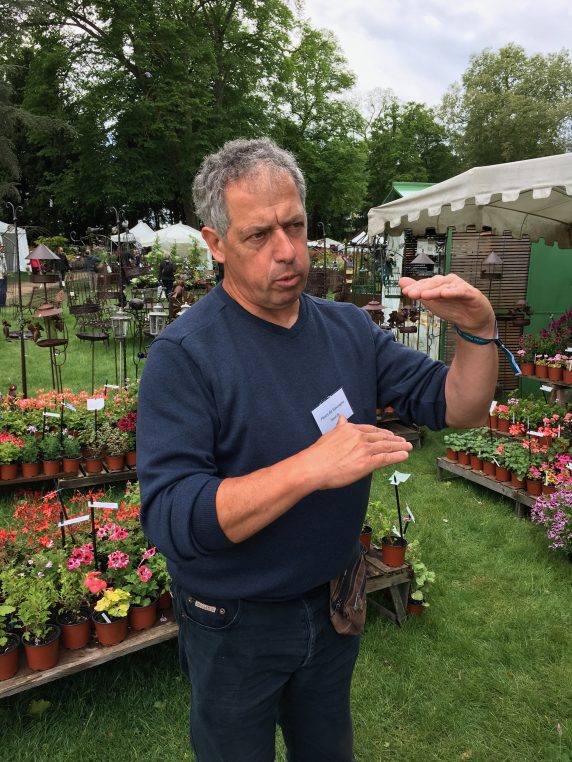 One leaves Chantilly with a warm heart, having seen so much beauty outside and inside the castle where the new drawing galleries and  the painting galleries are open. Don’t miss the next edition in mid October.

4 Comments on “Courson to Chantilly, a true success”