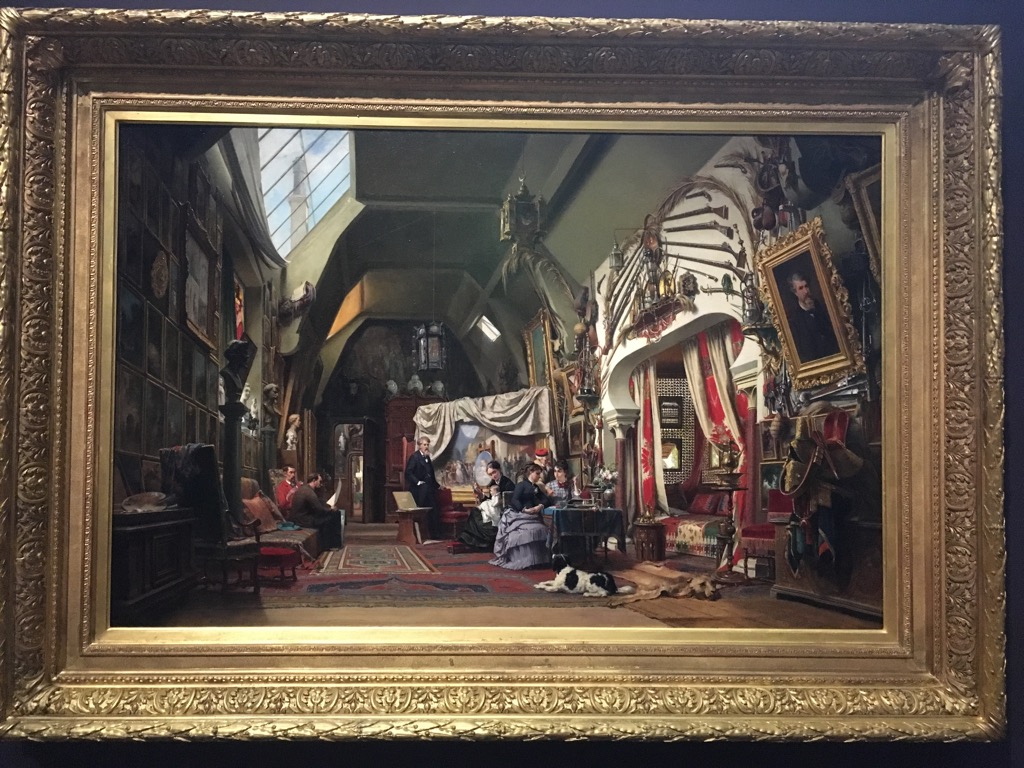 Self portrait of Charles Giraud in his atelier, 1870

Christophe Leribault, has again prepared a major surprise for us at Petit Palais, with this delightful exhibition « Dans l’atelier » (In the artist’s studio). It comprises over 430 photographs and one drawing of the way artists worked since photography is invented. With a mixture of contemporary photographs by Gérard Rondeau or Gautier Deblonde, the collection of 19 th century photos by Edouard Bénard and 20 th century by Willy Maywald, Doisneau or Brassaï, the show is a great success partially thanks to a clever hanging. 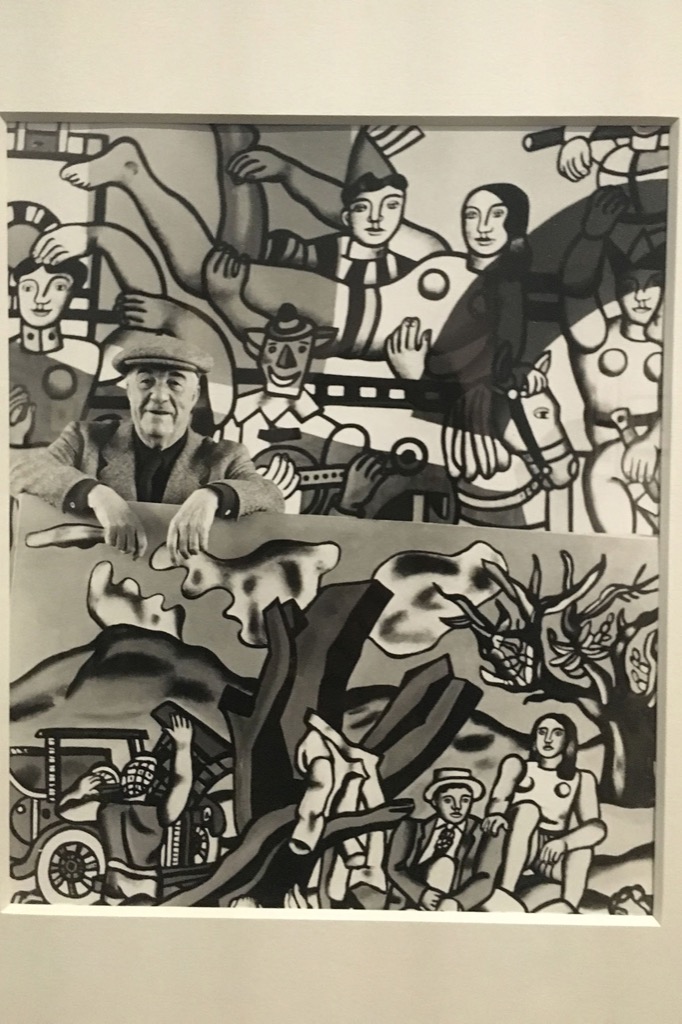 When I asked Christophe Leribault about choice of frames, he taught me that every museum who lends pictures, has a specific style, but Petit Palais was in charge of framing each photo. Orsay frames them in light beige, Carnavalet in dark wood, others in acajou, which gives a beautiful variety on the walls. 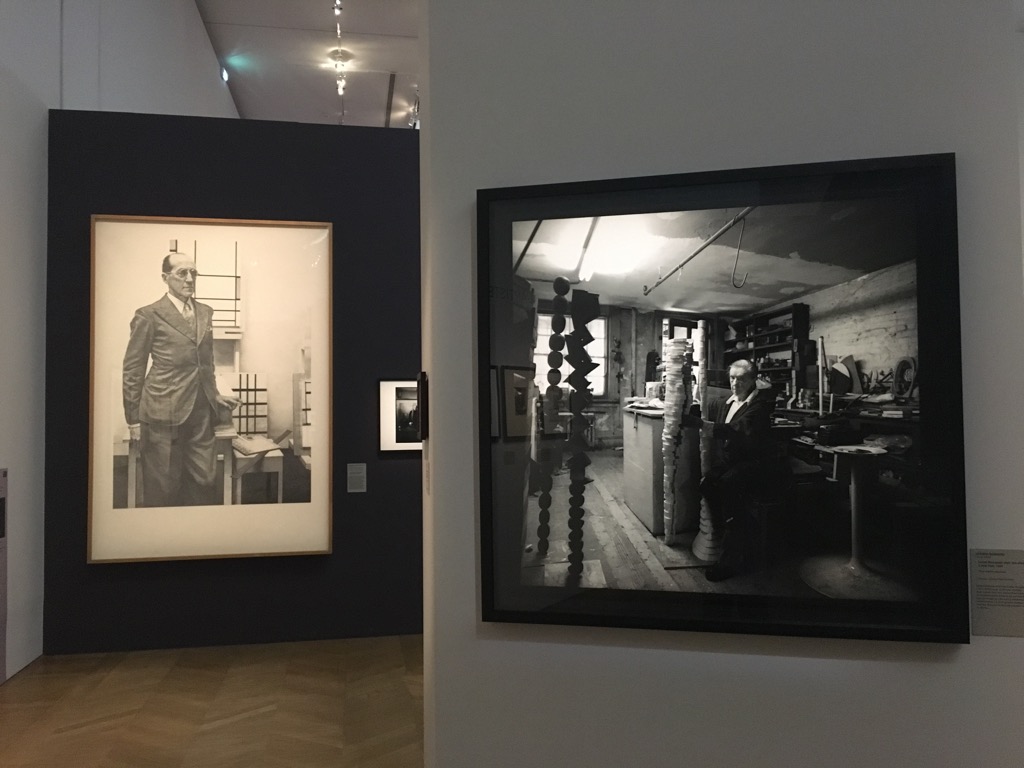 A drawing of Mondrian by Hucleux, 1990, in the back and Louise Bourgeois by Gérard Rondeau, 1993 in front

Painted in treys or red, these are perfect backgrounds for the mostly black and white pictures, which could be incredibly boring to look at, otherwise.
But the theme of the atelier itself, is so fascinating : how did artists want to be seen or how photographers perceived studios. The main photographer is Edmond Bénard, whose works are lent mostly  by Etienne Bréton, Musée Carnavalet and Roger Viollet. He gives us multiple informations on some lesser known painters such as Cabanel.

Anish Kapoor and Pierre Soulages’ studios photographed by Gautier Deblonde start the exhibition with a definitely dynamic look. Follow Charles Giraud and his painting of his own atelier under a « fake » verrière lighting : the visitor has walked from 20 th century large prints into 19 th century. It is very striking.
I particularly loved Vieira da Silva, 1950 portrait by Denise Colomb, and Leonor Fini 1954, by Boris Lipnitzi. 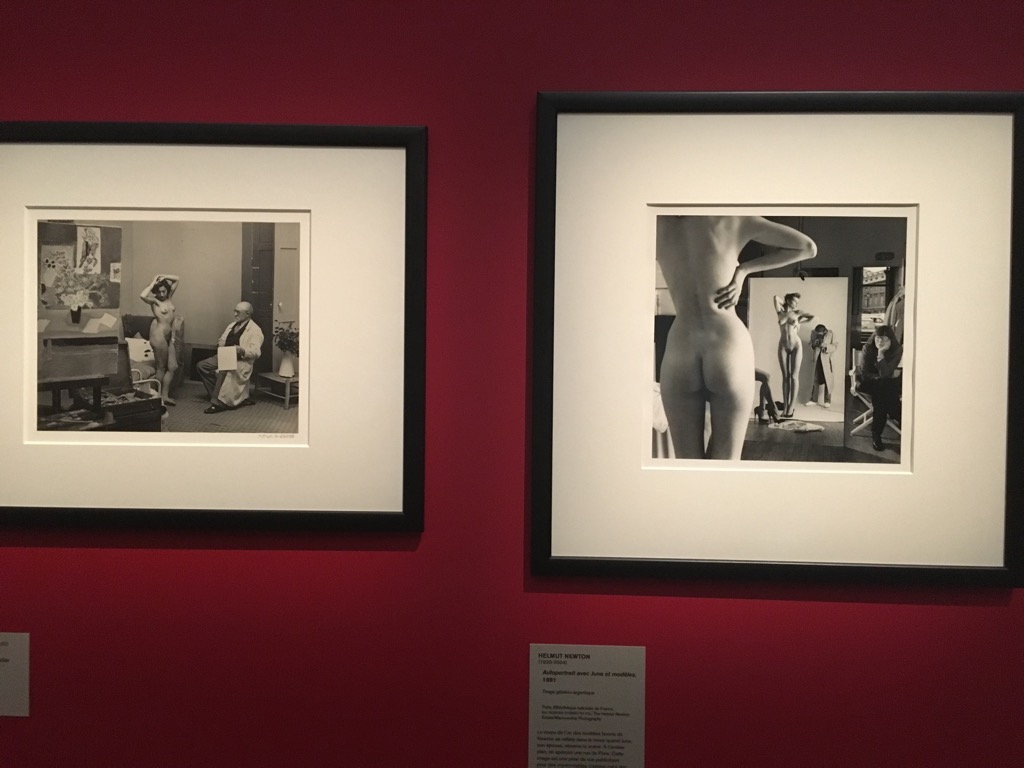 Matisse and Helmut Newton hang side by side

To treat the studio as a topic of interest is not new. But to have collected so many different artists and atmospheres is fascinating. It si especially pleasing to discover the intimate world of artists you admire. A wall with Helmut Newton shooting a nude model in front of his wife, June at the Vogue studio place du Palais Bourbon, in 1981, is immediately hanging next to a Brassai portrait of Matisse, painting a nude in 1939. The effect is fabulous and Helmut Newton would certainly have been proud…
A few short films of artists including Sacha Guitry’s « Ceux de chez nous » shot in 1914-1915, and Brassaï street photos of Montmartre painters are charming moments of the past.
I was personnally moved by André Ostier’s David Hockney portrait. And could start thinking of this society photographer whom I met just before he died, meeting the young Hockney in 1975.

This exhibition is all about exchanges between two artists : a painter most of the time and a photographer. Except for this exceptional drawing of Mondrian by Jean Julien Hucleux in 1990, years after he died. 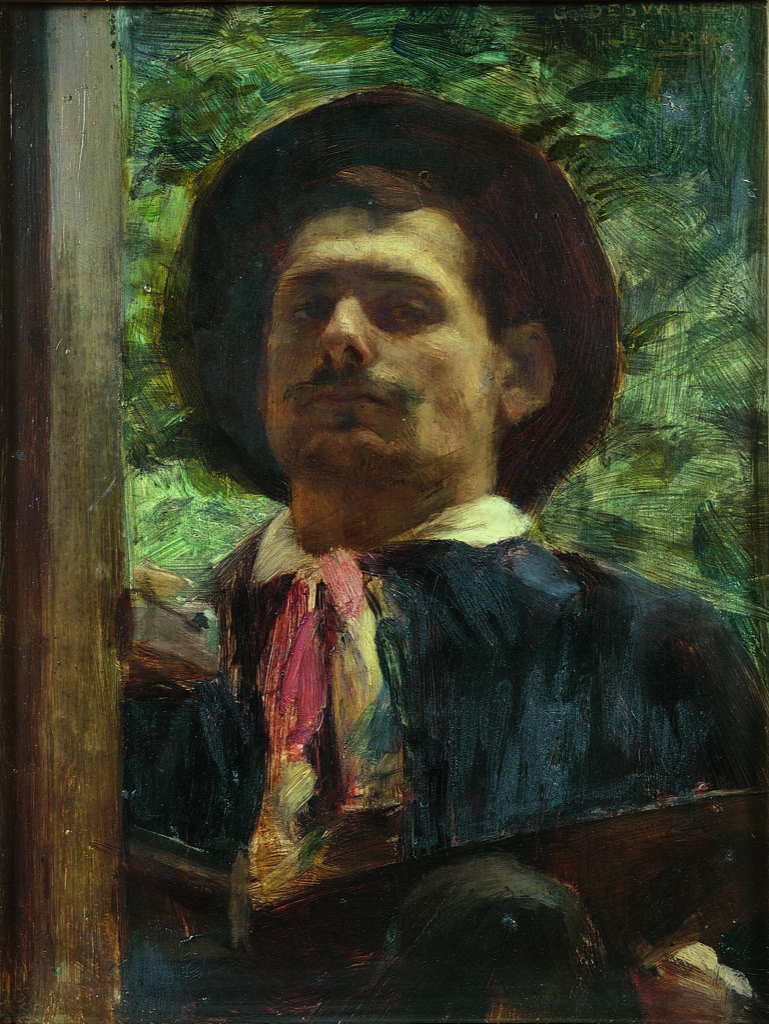 Do not forget to have a look at the other exhibition of catholic painter Georges Desvallières, a student of Gustave Moreau, and a close friend of Rouault, who was active in churches and monasteries in the 1930’s. His portraits around 1900 are excellent and his stained windows of religious images were revolutionary in style at the beginning of the XX th century. (Musée du Petit Palais, until July 17 th)

One Comment on ““Dans l’atelier”, artists and photographs at work”