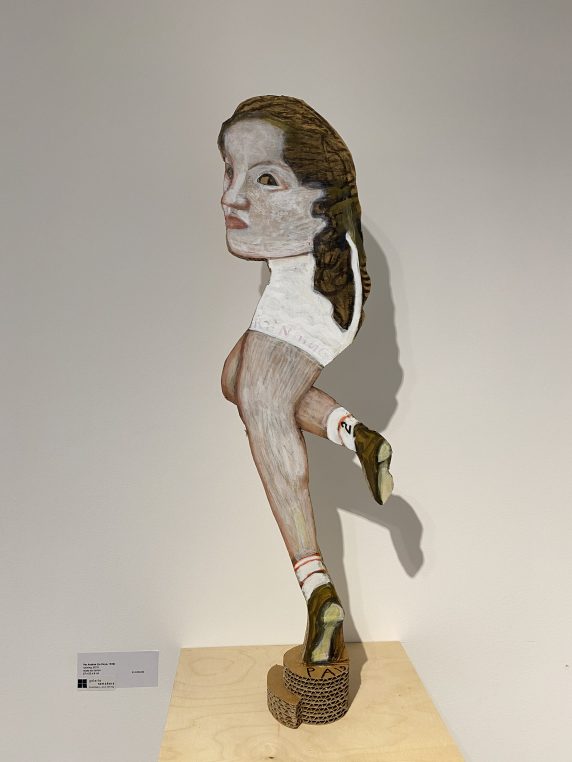 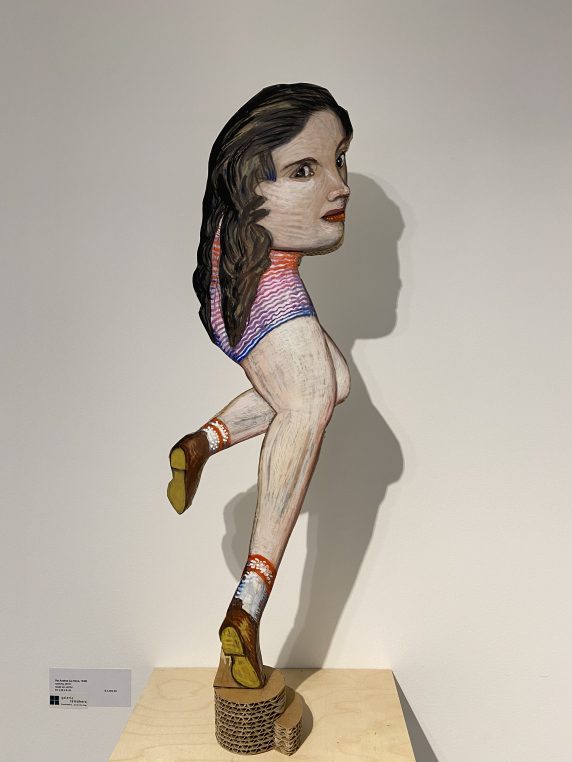 Drawing Now has always been one of my favorite fairs in Paris ever since it was at the Carrousel du Louvre and then at Carreau du Temple and I discovered many young artists thanks to it. This year, it was smaller because of health restrictions and called Alternative, yet very charming with two major galleries, Anne de Villepoix and Lelong & Cie and many young artists. It only shows drawings or works on paper. I particularly liked the poetry of Marcella Barcelo’s watercolor and ink and Nicolas Daubanes‘ drawings with meteorite dust at Galerie Maubert. Drawings by Jean Pierre Pincemin (1944-2005) and Jean-Charles Blais at Catherine Issert, two older artists, brought me back to my younger years in the 1980’s when they were super famous. And Sopie Bouvier Ausländer was a discovery at galerie Patrick Heide from London. Galerie Backlash was showing the 2021 Prize, Odonchimeg Davaadorj,  always full of grace. 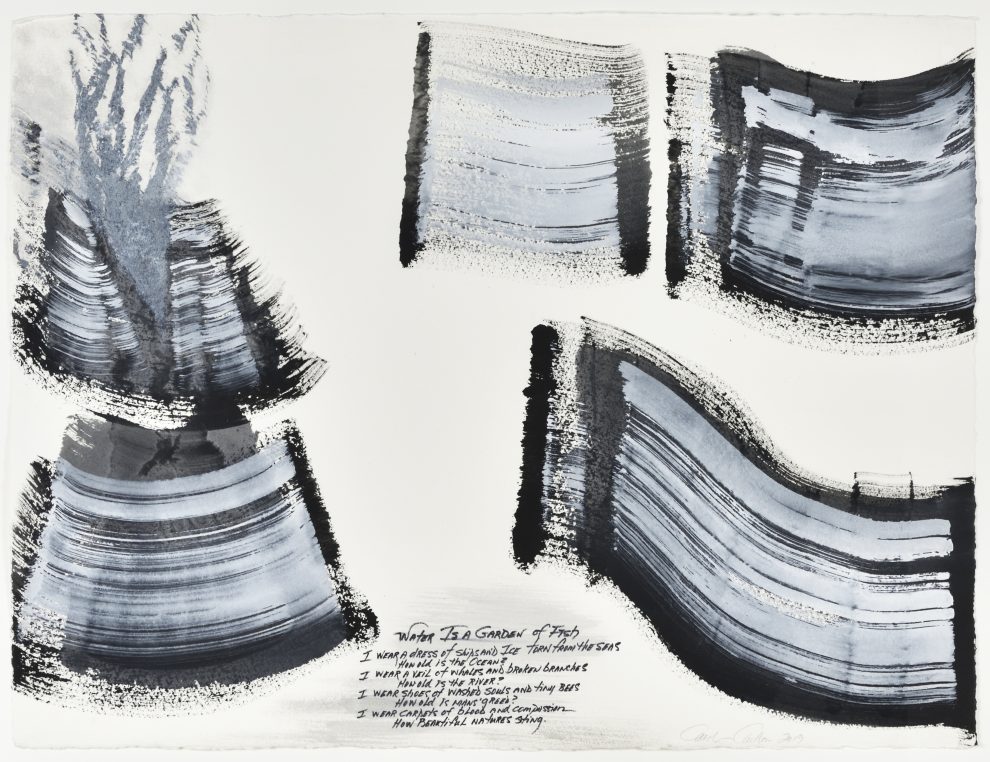 Carolyn Carlson, “Water is a garden of Fish”, 2019, drawings and poems, China ink and gouache on paper, Galerie Isabelle Gounod

The premises on rue du Faubourg Saint Antoine were ideally airy and as soon as you walked in, an atmosphere of genuine art came out from the different galleries. On the ground floor, I found Marcella Barcelo (Miguel’s daughter), who lives in Paris and paints very colorful large works. Her galerist Anne de Villepoix had dressed in pinks and yellows to match her paintings! She was hilarious. And her largest piece had already sold the day before the opening… 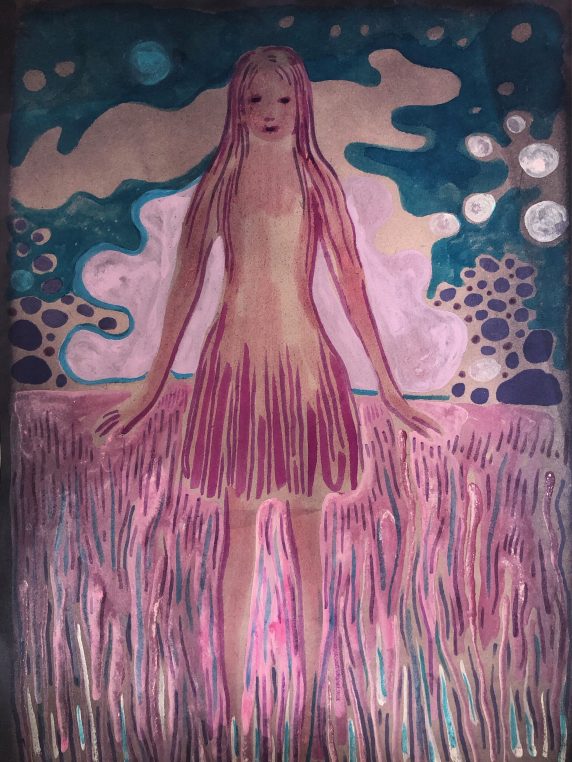 Carolyn Carlson, the choreographer, who has been living in Paris for a long time now,  paints since the 1970’s, which I did not know. She also draws and writes poetry. Her large inks are shown at Galerie Isabelle Gounod and are very powerful. At Galerie Ramakers from The Hague, one of the rare foreign galleries to have come, two wall sculptures in paper by Pat Andrea were very striking and the artist which interested me the most is probably Nicolas Daubanes at Galerie Maubert in Paris. He works with metallic dust which is attracted on the paper by a magnet. The result is fascinating with the powder which glitters. He also uses glass incrusted with burning steel. The themes of the drawings are classical, like the Tower of Babel but he also made a portrait of Léa Papin (1911-2001), a famous French maid who worked for the Lancelin family in Le Mans with her sister Christine and inspired Jean Genêt with his play “Les Bonnes”. In 1933, they killed their employer and her daughter and their story inspired many political writers like Jean Paul Sartre as a class struggle issue. Daubanes was just voted Best artist of the 2020 Drawing Prize. 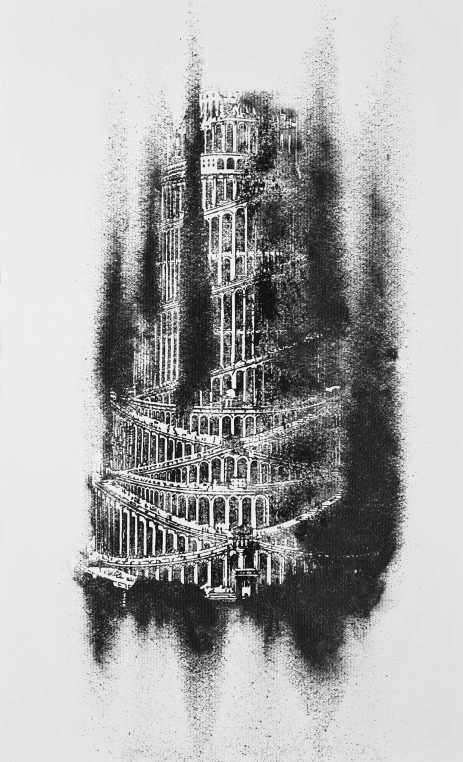 At Galerie Lelong, Marc Desgrandchamps, Barthélémy Toguo, Fabienne Verdier and David Nash all had spectacular works. I met a new (to me) gallerist, Patrick Heide,  who is German but lives in London and he was showing  Sopie Bouvier Ausländer, a Swiss artist from Lausanne with an interesting technique. 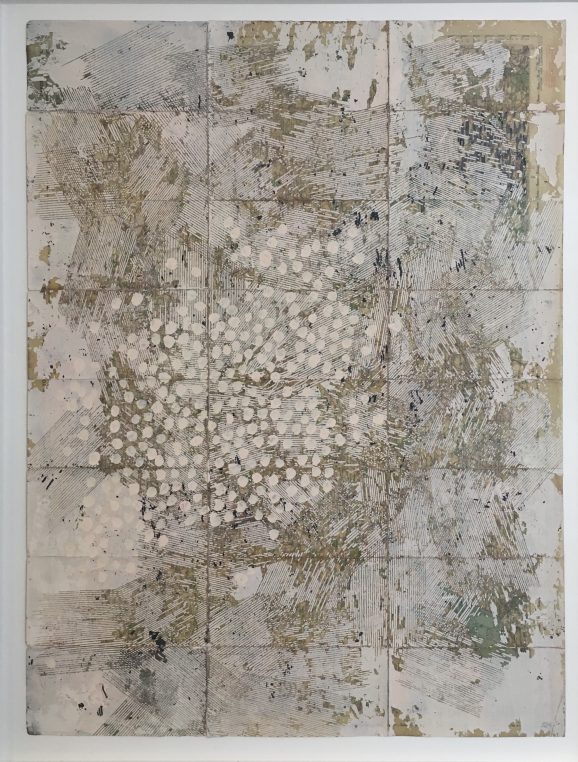 Galerie Alain Gutharc was showing young artist Cyril Duret‘s very clever sanguines. This artist has had a striking evolution in his work which I discovered through his professor of arts in Nancy, Etienne Pressager, a few years ago. 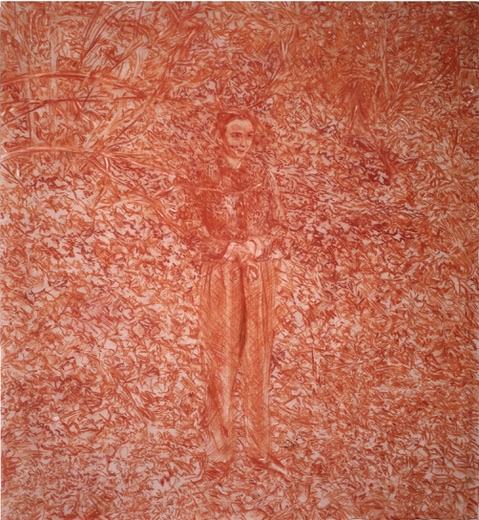 The whole visit was shorter than usual for this fair but extremely pleasant and Drawing Now Alternative is open until Sunday 13 June at 42 rue des Faubourg Saint Antoine. Booking is mandatory.

One Comment on “Drawing now Alternative, a fair always full of good surprises”