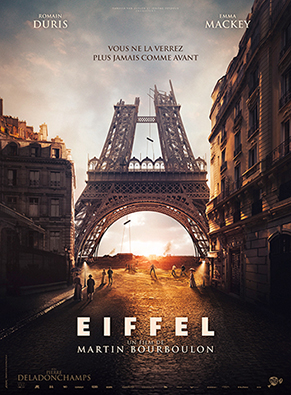 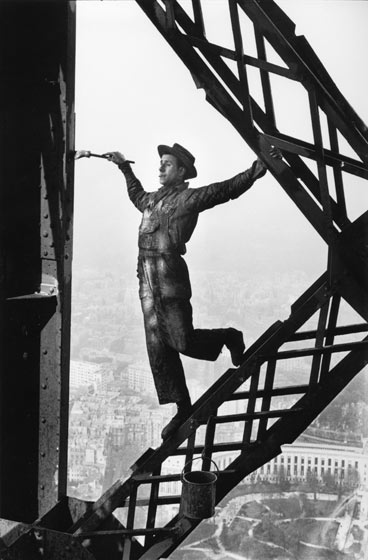 The very much awaited film of Gustave Eiffel (1832-1923),  building his tower, should be one of the first to come out in May. It is the romantic story of the genius engineer who built an iron railway bridge over the Garonne in Bordeaux in 1857 as a young man and contributed to the structure of the Statue of Liberty with Bartholdi before achieving the Eiffel Tower for the Universal exhibition of 1889. A novelization of the  film is coming out on May 12 (Editions Michel Lafon) written by Nicolas d’Estienne d’Orves and the good surprise is that you can’t put the book down. You learn among many other details that what he really wanted to build, was a new metro in Paris because he was obsessed with railways. 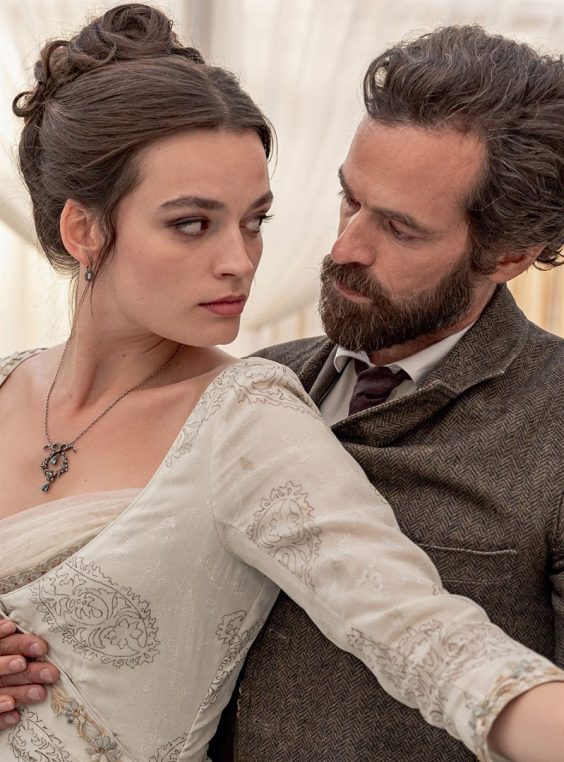 The film directed by Martin Bourboulon and produced by Vanessa Van Zuylen, was started before the pandemic and finished in June 2020. It is therefore the first one to have survived and to come out in France. With a budget of 23 Million €, it is a large production. Emma Mackey plays the love of Eiffel’s life (he was a widower very early) and Romain Duris is the engineer. Born in Sablé sur Sarthe (François Fillon’s village), Emma Mackey is Franco British and studied classics at Leeds University after taking her baccalaureate with honors. She was noticed in “Sex Education” a Netflix production and will be seen in “Death on the Nile” in 2022. 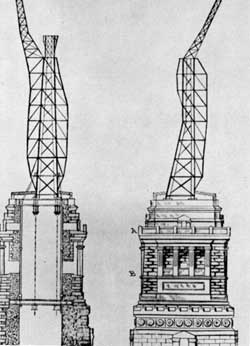 The iron structure for the statue of Liberty designed by Eiffel

Romain Duris has been a favorite of French screens for almost twenty years with the huge success of “L’Auberge Espagnol” and six more films with Cedric Klapisch and Jacques Audiard’s “De battre mon coeur s’est arrêté” (The Beat that my heart skipped) which made him a star. Vanessa Van Zuylen has been working as a producer of this film which is her third project after one with Jean Dujardin and one with Netflix. There were no less than five cowriters for the script and from what I heard, it is mostly a visually beautiful film. 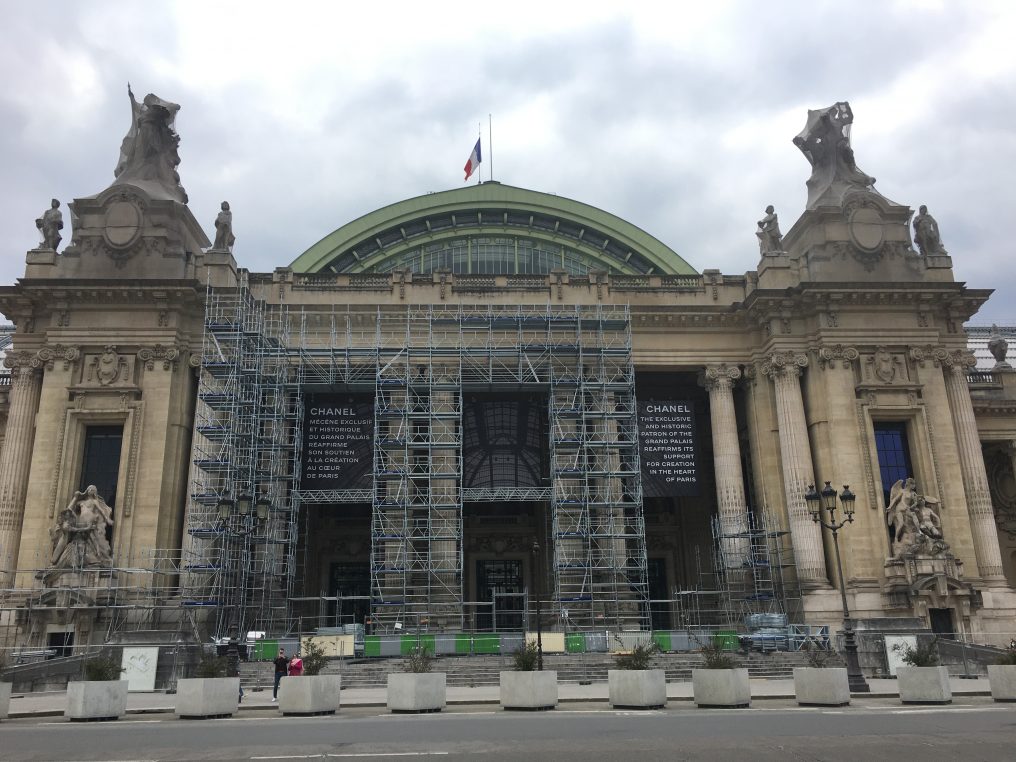 The Champ de Mars in front of the tower is busy right now with the construction by Jean Michel Wilmotte of a temporary Grand Palais while the real building is being restored. Since the Eiffel Tower was built as a temporary building for the Exposition Universelle in 1889, I could not stop thinking that this temporary Grand Palais might stay there forever? The original one was built in 1897, for the 1900 Universal Exhibition. Both buildings will serve for the 2024 Olympic Games in Paris and the new structure on the Champ de Mars will host the usual fairs and sports events like the Hermès jumping and the FIAC. 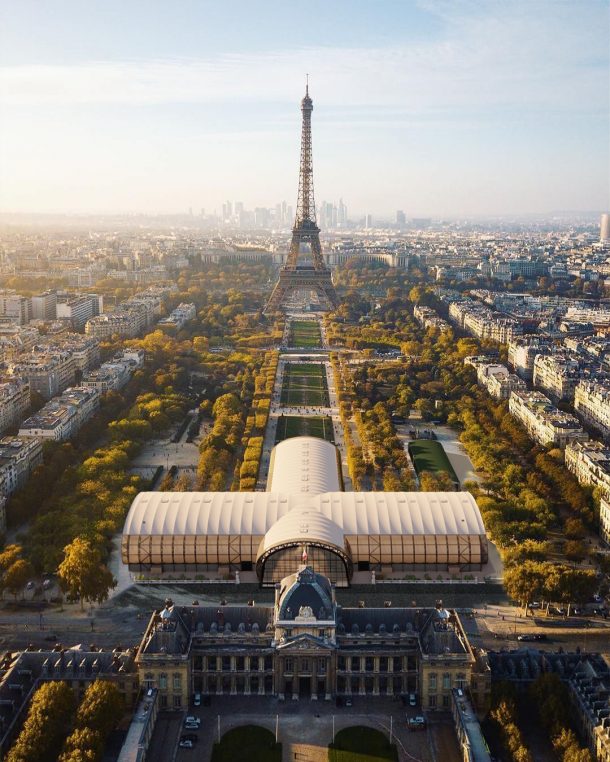 It is like most Wilmotte projects very clean and elegant in wood and glass and what I prefer about it is the reflection fo Ecole militaire in its façade. 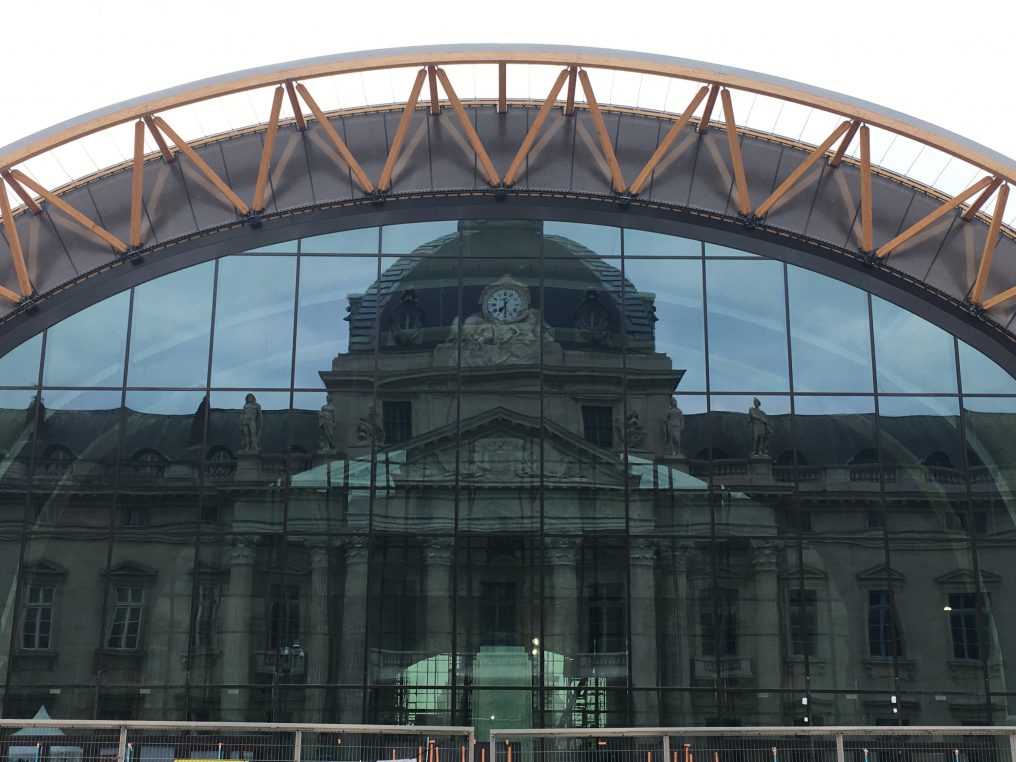 3 Comments on ““Eiffel” the film and the tower”