I have a weakness for a small gallery on rue de l’Echaudé, Documents 15,  which presents works on paper and mostly prints and etchings. This month’s show features a couple, Elena Prentice and Gustave de Staël, who are both wonderful artists. She paints with watercolor and he draws and prints. The hanging is perfect, and the very pretty space enlightens the talent of both artists who share their lives between Tangier, Paris and the East coast.

Many years ago Elena, a graduate of the Rhode Island School of design was married to artist Michale Prentice and lived in Paris. She then spent a year in Tangier and taught in New York. She uses light and landscapes to make us dream about the subtlety of nature, freedom and natural beauty. Skies and water are the miracle that she is inspired by, in her beautiful watercolors.

Gustave de Staël is a magician in black and white. He was born in 1954, and did not know his father who died prematurely at 41 a year later.  He studied to become an architect and finally worked for the Paris Hôtel de Ville and French institutes in Morocco. His drawings and inks on paper are precise, filled with poetry and dream. He is also in charge of his father’s artistic estate and curated a show of Nicolas de Staël this summer in Aix en Provence.

They both run a publishing house in Tangier, “Khbar Bladna“, which publishes small books by writers interested in Morocco or about people who lived in Tangier, in English, French and Darija, (Moroccan Arabic). 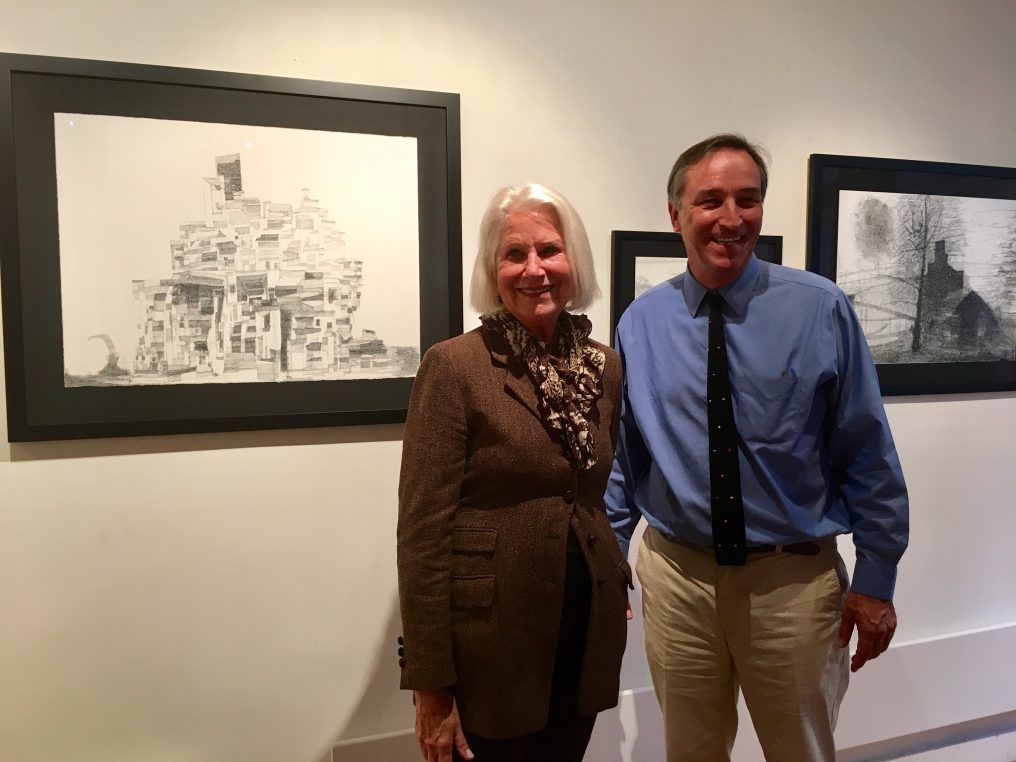 Elena Prentice and Gustave de Staël at the opening