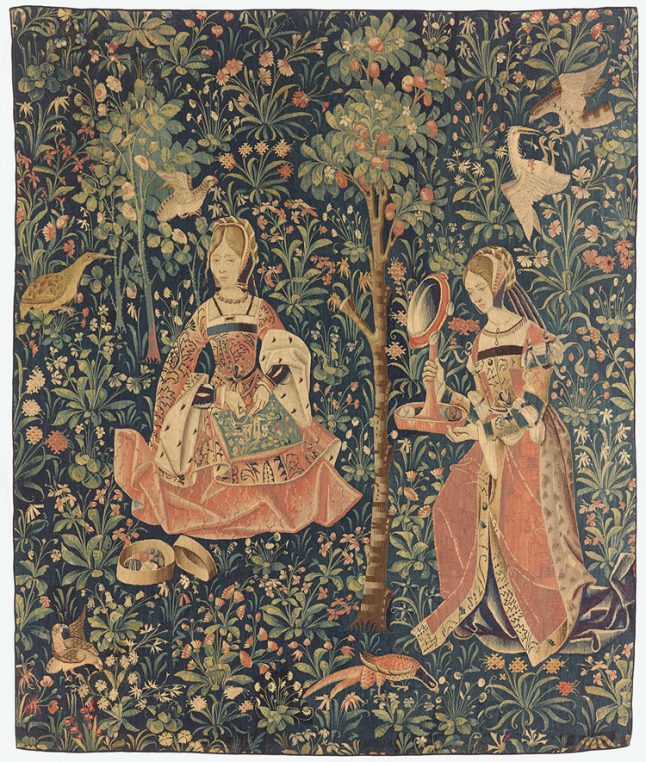 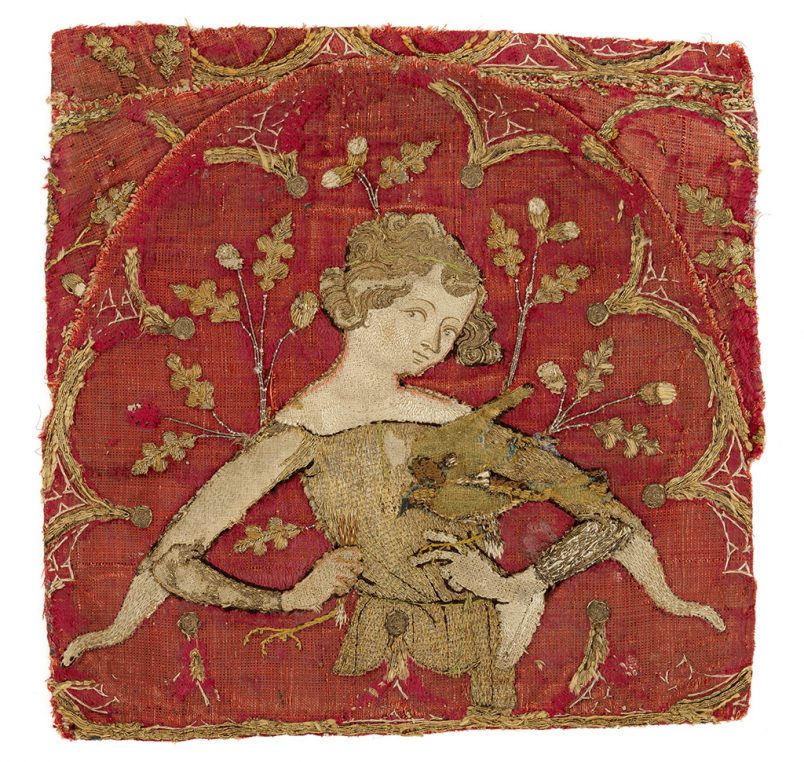 Embroidery does not sound like the most exciting theme for an exhibition and yet, when I walked into the show at Musée de Cluny on “The Art of embroidery in the Middle Ages”, I was immediately moved and stunned by the beauty of the pieces. “Medieval embroiderers were painters with a needle in hand”, describes one of the curators and the emotion that comes out of these pieces of fabric is intense. Religious and lay pieces are shown in the Frigidarium of the Abbey, and one of the first pieces, an illuminated portrait of the Virgin Mary at her embroidery, sets the tone. 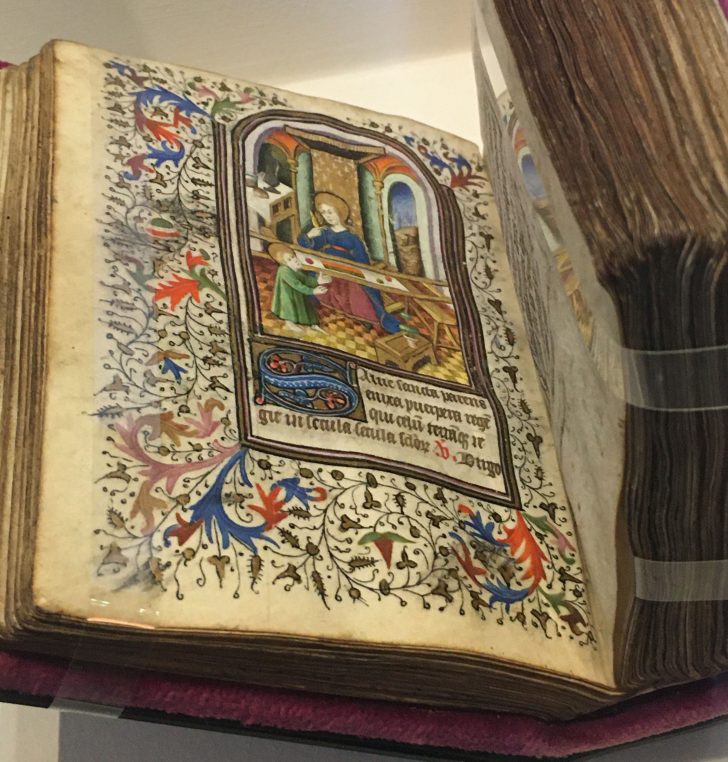 Practiced at home, in convents or in workshops, by men and women professionals, embroidery was used to adorn wool cloth, silk, linen and nets. It was the most precious art that could be found at the time. Pearls from Scotland, gold and silver threads, were used to show one’s social rank and embellish clothes and horses’ coats with armories. The front of the altar in churches was favored with a lavish silk piece and embroidery was used all around Europe. Musée de Cluny holds a collection of 46 pieces which are shown in this exhibition, of which the Leopard embroidery made in England to cover a horse back (1340), and the embroidered Bishop mitre from Sainte Chapelle (1390) are the greatest treasures. 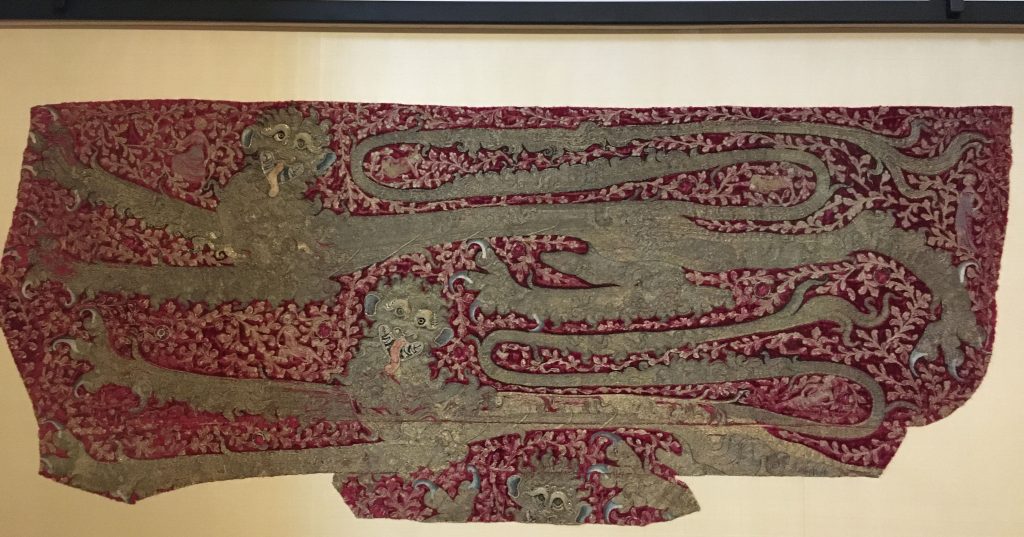 The four panels of the Cycle of the Legend of St Martin, is exceptionally reunited here today. They come from a collection of 32 medallions dispersed between Paris, Lyon, New York and Baltimore. Executed in 1440-1445 by Pierre du Billant and his son in law, Barthélémy d’Eyck. The numerous ceremonial chasubles are also all astonishing but what was most surprising were the aumonières (purses) embroidered in geometrical designs, which could pass for art nouveau style. 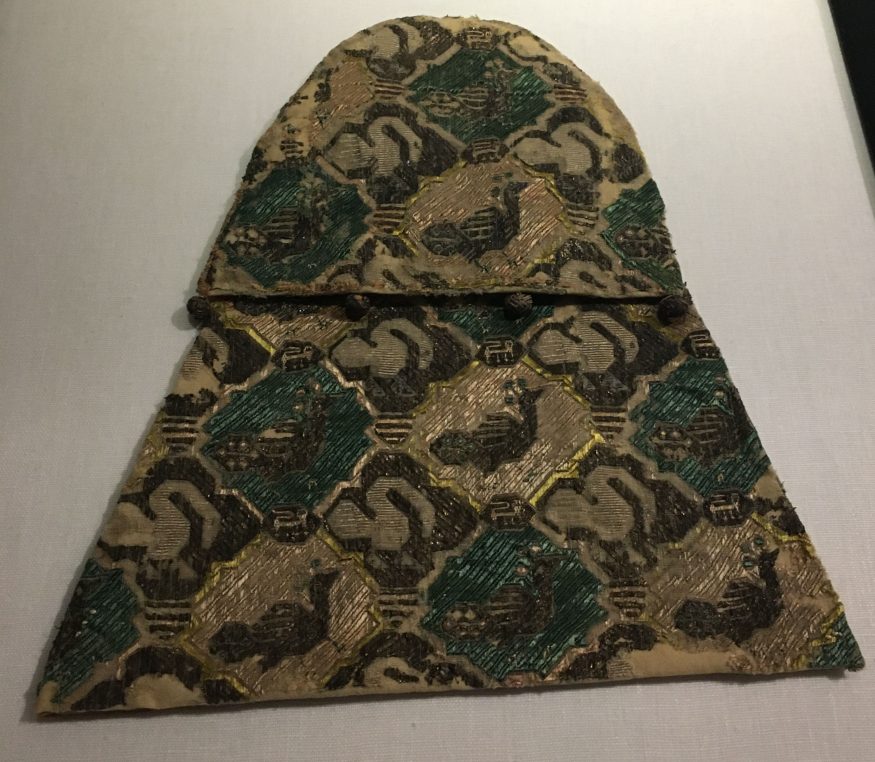 Embroidery in relief is also represented. You can end your visit with the spectacular room of the Lady and the  Unicorn and its six tapestries, which one can look at endlessly.

In another part of the museum, a curious  exhibition of caskets will interest you. These wooden boxes were carried on horses and had secret compartments to store safe conducts of missives. Others were used to carry prints which were sold all around the country. 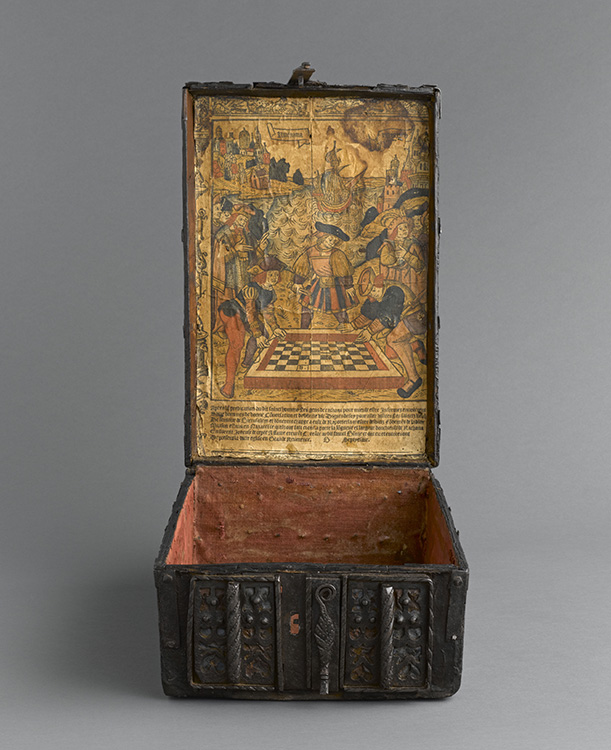 Since the museum has been renovated in 2018, visitors have access to the Roman foundations and the circulation in the rooms is greatly modernized.

2 Comments on “Embroidery is a Medieval art, at Musée de Cluny”