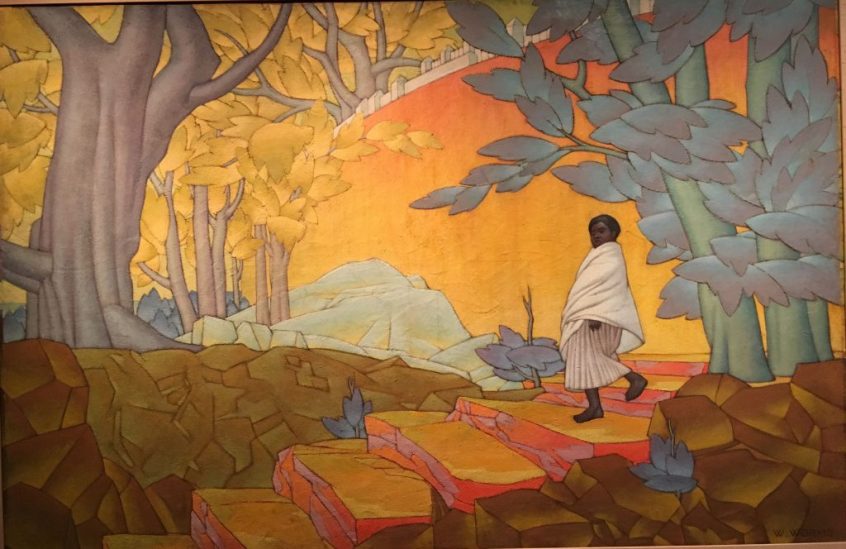 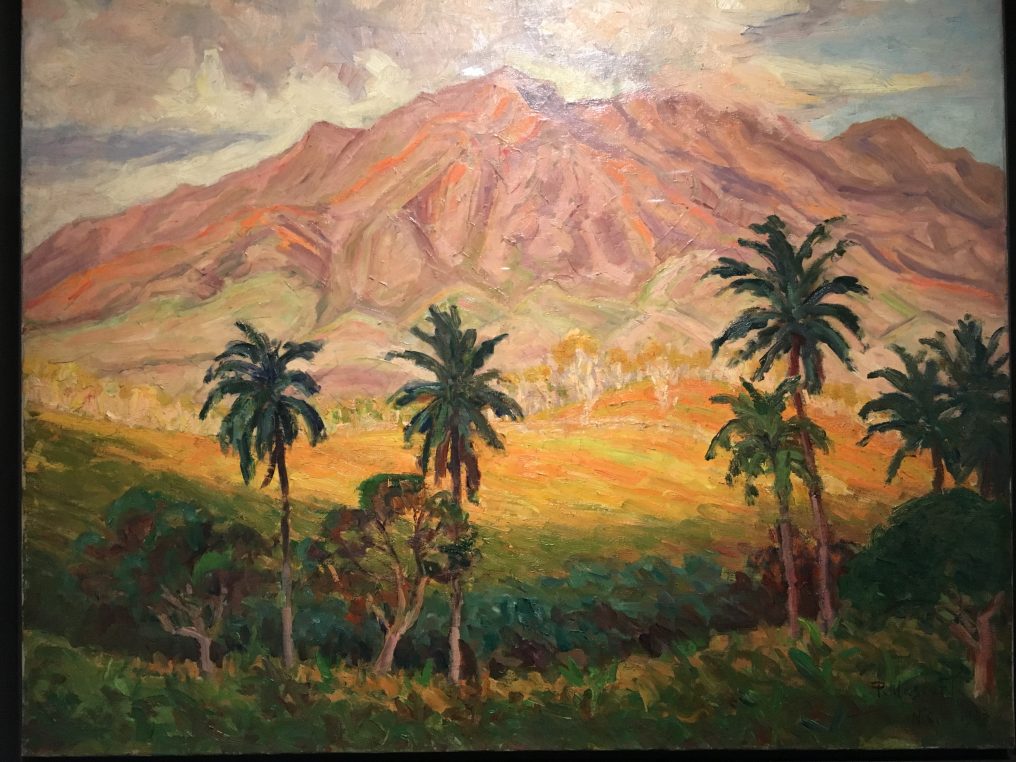 Paul Mascart, Mounts Koghis, 1933. While he was custom officer in Noumea he painted many sceneries

The “colonies” are exhibited front stage at Musée du Quai Branly Jacques Chirac in the show “Peintures des Lointains” (paintings of faraway countries), a group of two hundred works from its collections. Explorers, French civil servants turned painters, members of the minister of colonies, museum curators, take us through their adventures and let us discover Tahiti, Madagascar, Africa and Indochina with their stories and their drawings. They are not politically correct but they deliver images of a vanished world, painted between 1830 and 1930. Strangely enough, there are few photographs. 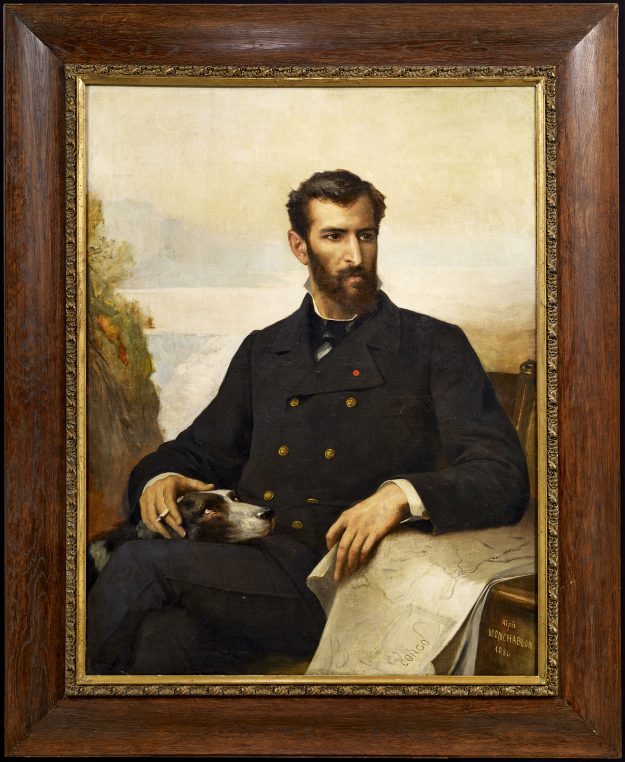 Alphonse Monchablon, Portrait of Savorgnan de Brazza, 1886, was painted when he returned from his third expedition to Africa, photo Claude Germain

There is a lightness and a happiness in wandering in the alleys of this museum dedicated to Primitive arts. And this exhibition devoted to its paintings collections is a good synthesis of how French colonies were perceived at the time. Some were made for the Musée des Colonies, now Musée de  la Porte Dorée, in 1931, like Géo Michel‘s five large panels, two of  which are hanging in the hallway of the museum. 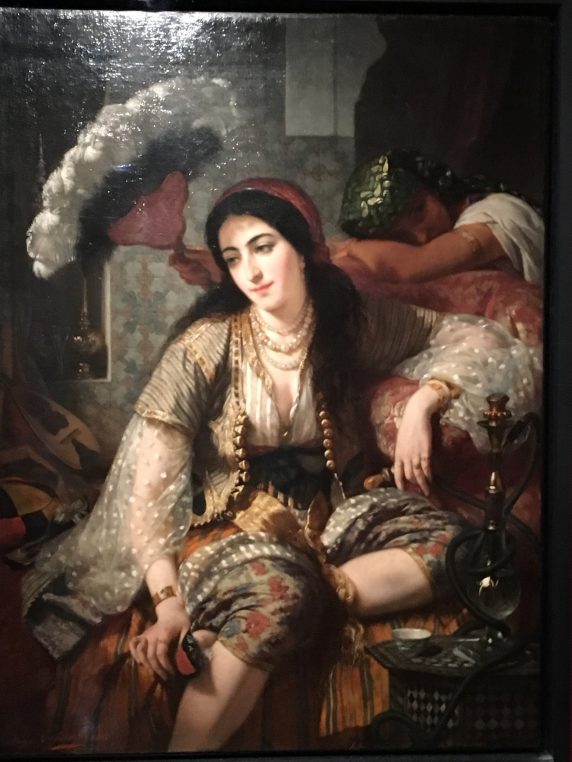 Ange Tissier, L’Odalisque or the Algerian with her slave, 1860

Others were just brought back and kept there such as the many scenes of North Africa, the Algerian city of Tiemcen or the Odalisk by Ange Tissier. There are scenes in the Syrian desert by orientalist painter Théodore Frère, and in Egypt by Ecole de Pont Aven painter, Emile Bernard. There are prints by Paul Gauguin in Polynesia and many paintings in Togo and Cameroun by Jeanne Thyl, an adventurous lady painter who was born in Calais and decorated with her large frescoes, many ships including l’Ile de France. 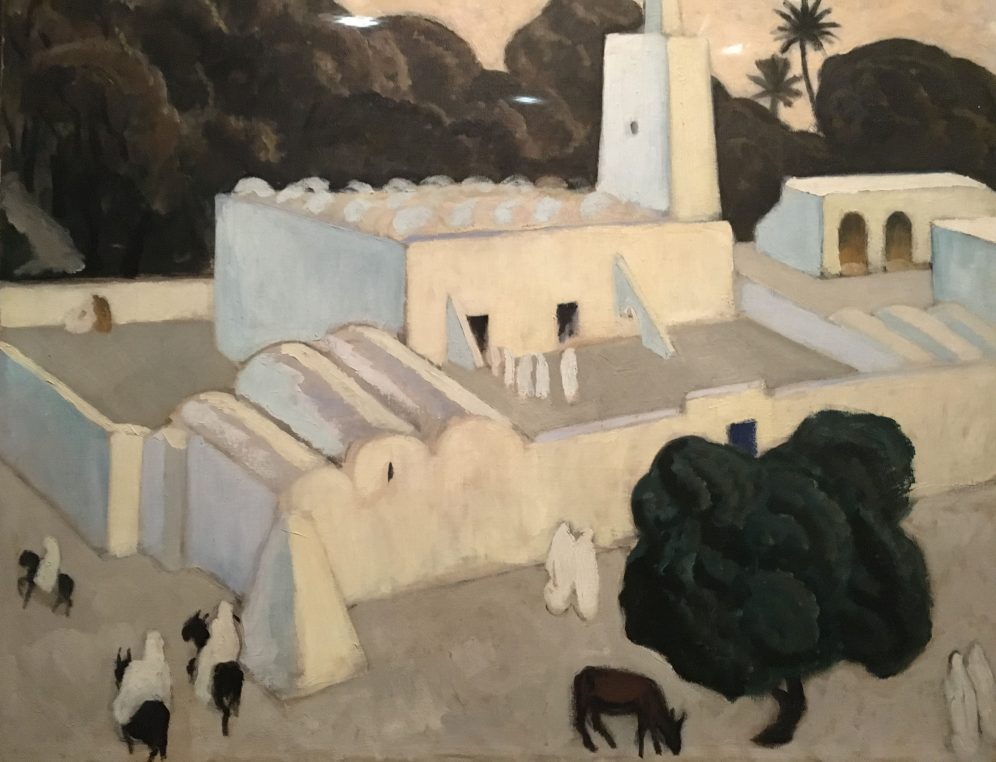 There are numerous portraits of Savorgnan de Brazza, the Italian born explorer who opened up the road to Congo for the French and eventually gave his name to its capital Brazzaville.  Beautiful scenes from Madagascar compete with those of the the Bay of Along in Vietnam, there are scenes from Brazil painted by Biard in 1858, but also many islands and deserts. 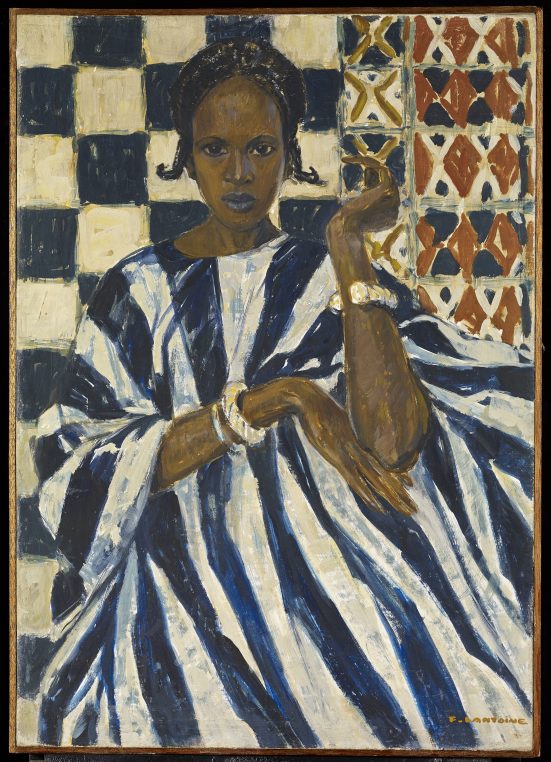 What do all these paintings have in common? They were presented in the Colonial exhibition of 1931 which was attended by 8 million visitors between May and November and were kept in the Musée des Colonies. All the adventures started on a boat at the time, and many of these artists were marine painters.

A whole room is devoted to “Paul et Virginie”, the exotic idyll set in Mauritius by writer Bernardin de Saint Pierre. He was raised in the West Indies from the age of 12 and became an engineer and a botanist. This 19 th century story of two young children falling in love with each other while living in the nature of an island, has remained a classics in French litterature. 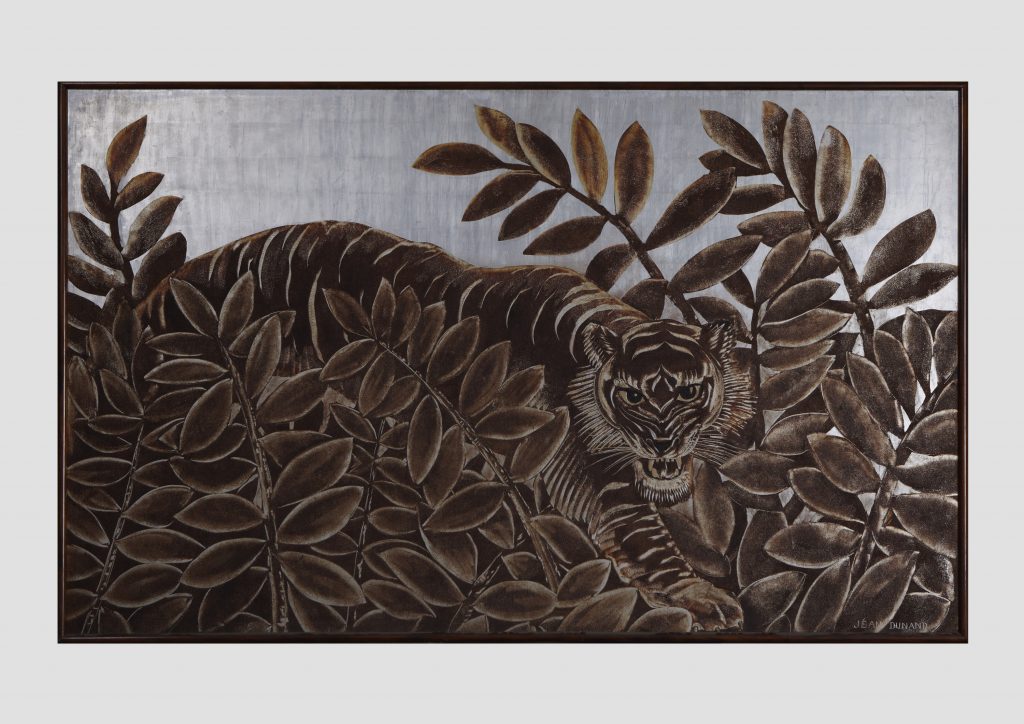 Jean Dunand, Tigre à l’affût, 1930, is one of the most striking decorative pieces of the show

The room dedicated to Jean Dunand lacquers, is spectacular with its panels created for the library of the Musée des Colonies.

The show is fun and exotic but one wonders why it was not organized in the Musée de la Porte Dorée, which owns most pieces and has kept its fabulous 1930’s atmosphere and style?Until January 6, 2019, Musée du Quai Branly.