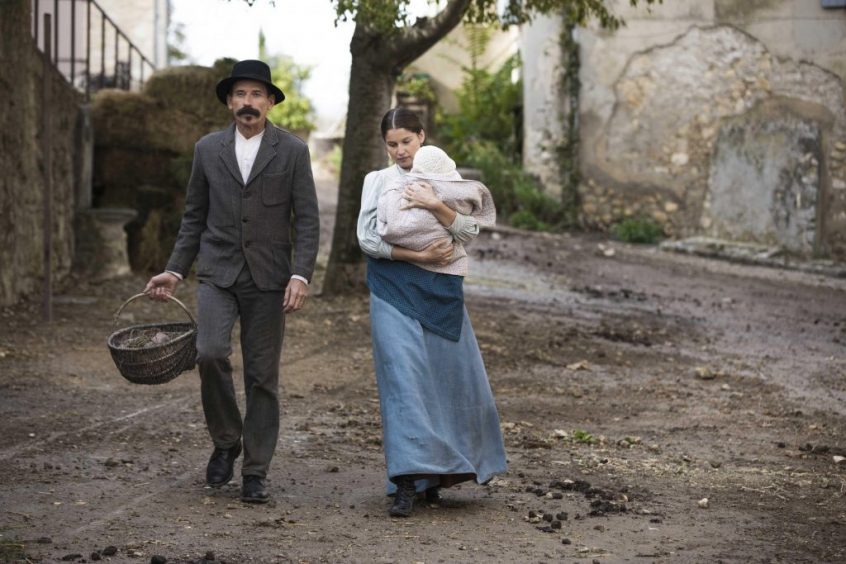 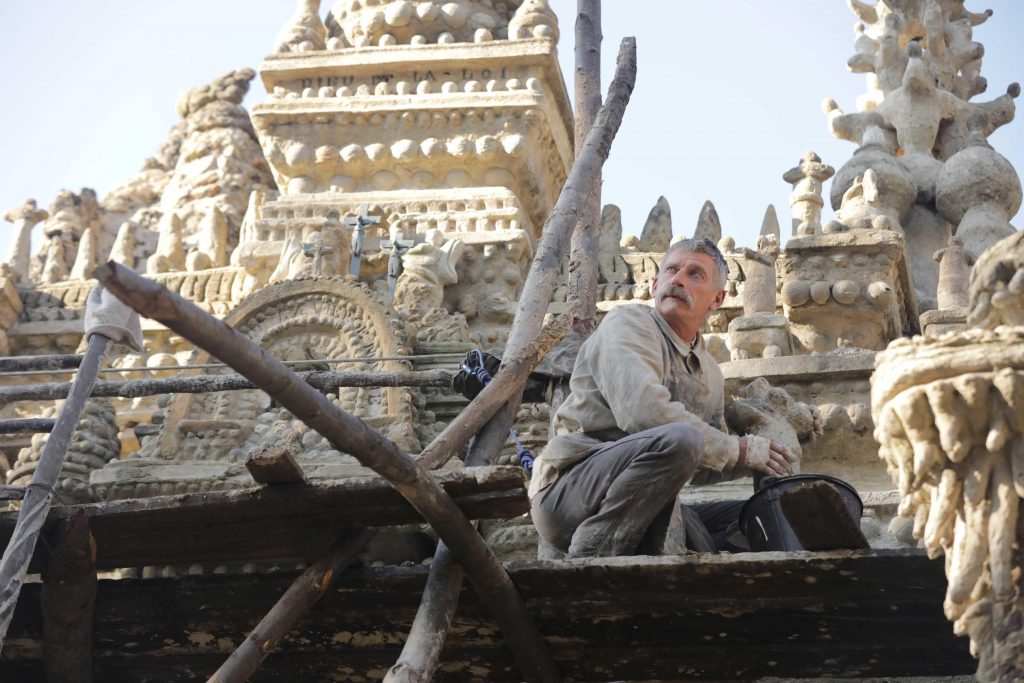 There is a famous crazy listed  building in Southern France which has changed its village Hauterives into a famous destination. “Le Palais idéal du Facteur Cheval” was built, stone by stone,  in 33 years by a postman who used to walk thirty kilometers a day to deliver his mail in the Drôme, near Romans. This “palace” was conceived by a simple man after he saw photographs of Angkor Vat in a magazine. The chef d’oeuvre was dedicated to his young daughter Alice. Nils Tavernier has just directed a film about this unpredictable hero with such fantastic actors (Jacques Gamblin and Laetitia Casta) that the film is a winner. 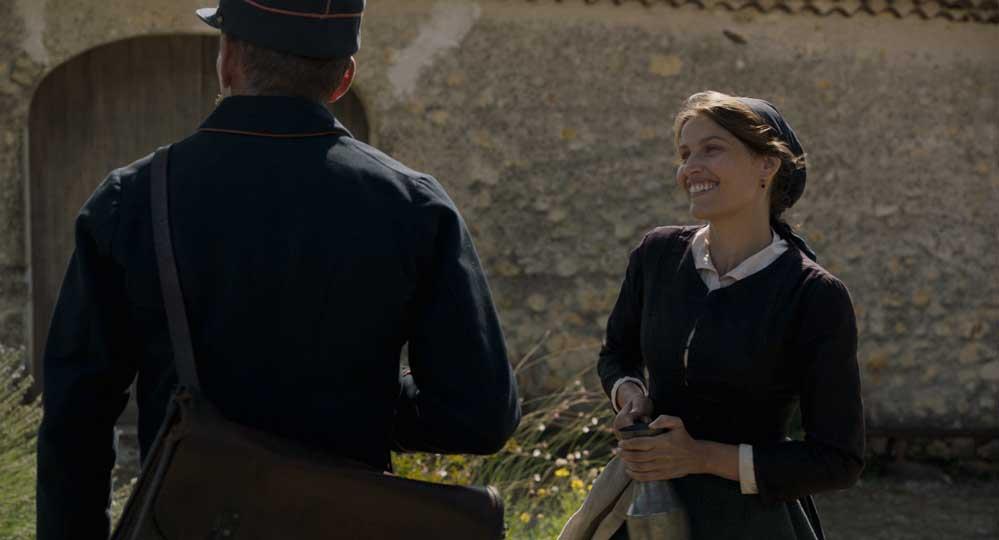 Laetitia Casta illuminates the film as Philomène, his younger wife

Everything looks dreary in the life of Eugène whose first wife dies from cold and hunger. Their son is taken away from him because he is judged incapable of raising him. This postman does not speak much, can barely read, is skinny, shy and miserable. But he is a poet and a dreamer. When he meets a young woman with a beautiful smile, he shares his obsessions of building a palace inspired by birds and trees. The landscape he crosses every day is magnificent and his inspiration suddenly becomes more concrete after the birth of their daughter Alice. 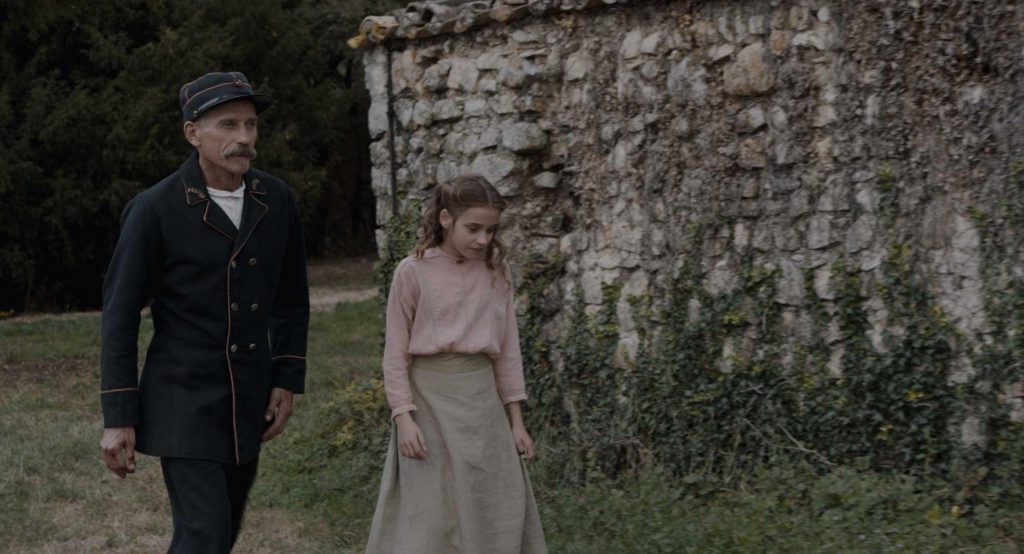 The postman and his lovely daughter played by Zelie Rixhon

The script is sufficiently lively that one never gets bored by this linear story which takes place  in a small village and a very poor house. It is entirely focused on Cheval’s adoration for his daughter and his art. He delivers mail ten hours a day and builds at night. His wife, the very sexy Laetitia Casta, is supportive all along even when their daughter dies of pneumonia. The film is dedicated to Ondine Saglio, Nils’s long time love and the mother of his daughter Lise. 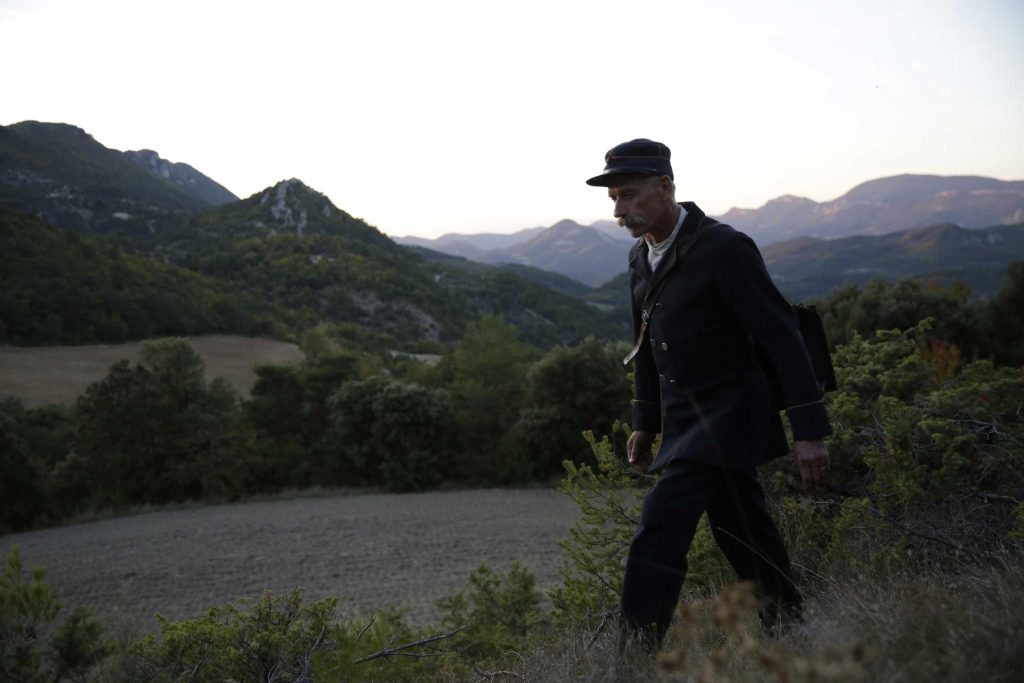 I cried for the second part of the movie and was totally moved by Philomène’s “simple heart” and by Ferdinand Cheval’s obstination. One light criticism is that Alice, the very clever child is a little too modern in her acting and in her tone of voice. A 2018 child rather than a 1900 one.

The ideal palace with Facteur Cheval

The village of Hauterives has apparently become a tourist trap nowadays but off season, you can go and visit the “Palais idéal” with no crowds. And don’t miss the film, a great feel good movie which is just what we need at the moment everywhere! (Hauterives is thirty minutes North of Romans and one hour South of Lyon.)

5 Comments on “Facteur Cheval, a brilliant film by Nils Tavernier”