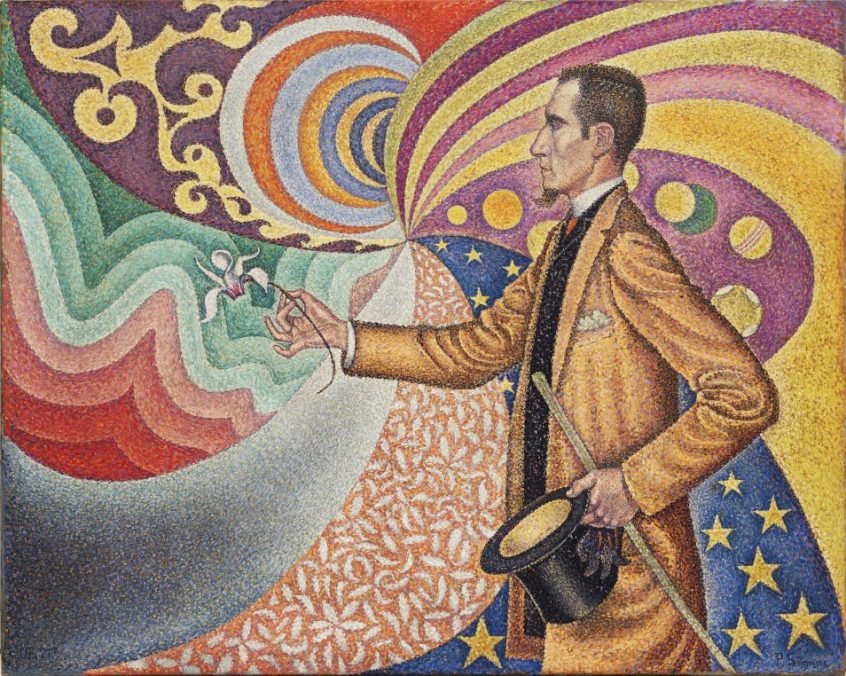 It is not a coïncidence that the major painting of the exhibition “Fénéon, modern times from Seurat to Matisse” at Musée de l’Orangerie, used to belong to David Rockefeller, who gave it to MoMA after he died in 2017. The portrait of Félix Fénéon by Paul Signac in 1890, sums up his versatile personality. This anarchist, art critic, art dealer (at Bernheim Jeune) and caustic writer, was an active collector of African and Oceanian art and of Seurat of which there are 13 paintings in one extraordinary room and many drawings. After the Musée du Quai Branly, this is the second show on the art lover intellectual this year in Paris. The show will be at MoMA, in New York,  from March 22 to July 15. 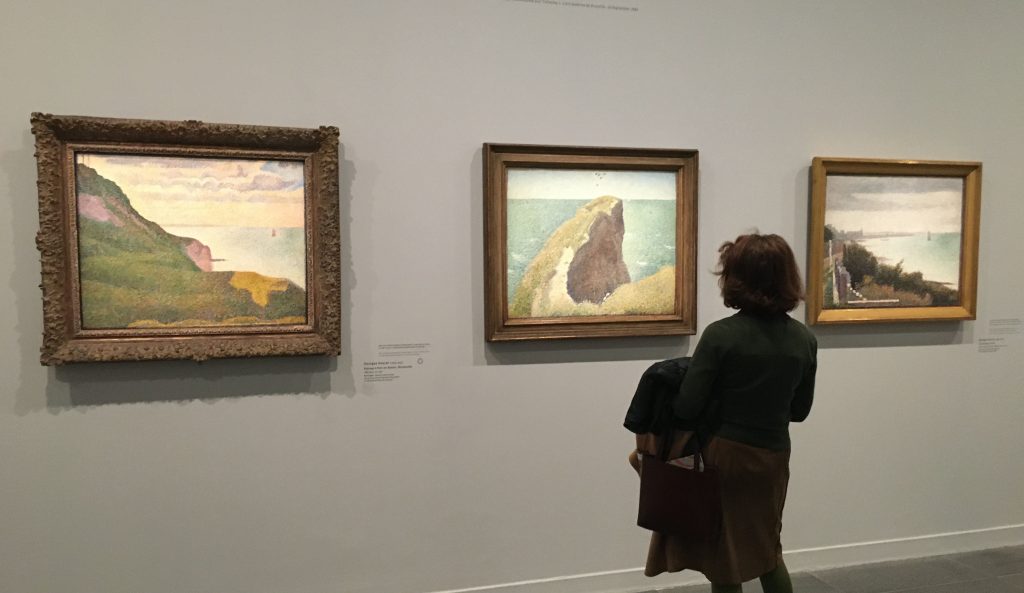 Works have come from all over the world to celebrate this enigmatic figure of Modern Art, an intellectual with strong political convictions who championed Mallarmé’s and Apollinaire’s poetry and James Joyce’s prose.  Fénéon was even sent to prison in his “anarchist” period for possession of explosives, which he said he had found on the street and his friend Maximilien Luce makes a print of this event! 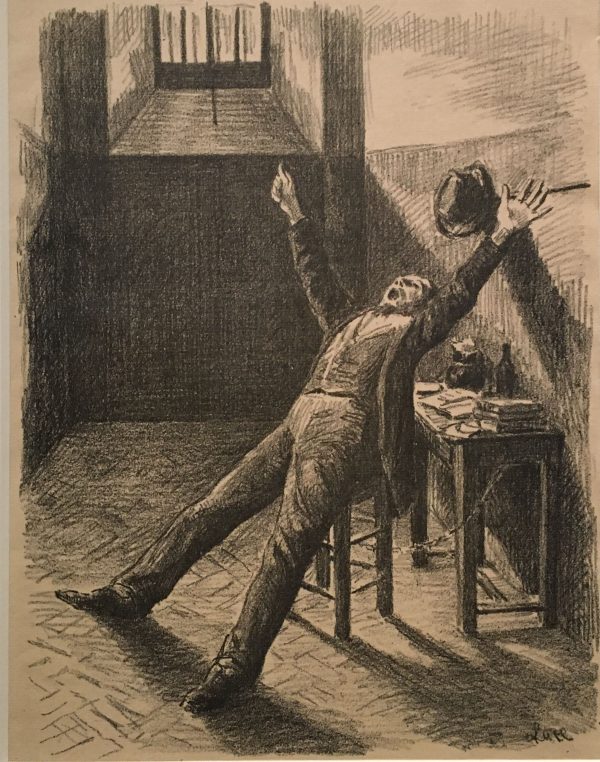 Musée de l’Orangerie which houses the Paul Guillaume collection, is the perfect venue for this amazing group of Signac, Matisse, Van Dongen and Modigliani… What makes this selection of Fénéon’s works so fascinating, is that Seurat’s models were as close to his heart as African sculptures: his passion was art in all its expressions. And there are so many drawings, photographs, letters, posters to alternate with the sunny paintings, that the show is always a surprise.

As the editor in chief of La Revue Blanche, he also defended ideas close to the Symbolists after having publicized the Impressionists in 1886, championed their scientific perception of color and the pointillism of Cross, Signac and Maximilien Luce. A great painting by Signac, “Sunday” depicts the monotony of a middle-class couple in a Paris interior on a gloomy day. Another one by Théo van Rysselberghe, “La Lecture” depicts a fictional literary gathering with André Gide, Maurice Maeterlinck, Cross and Fénéon… 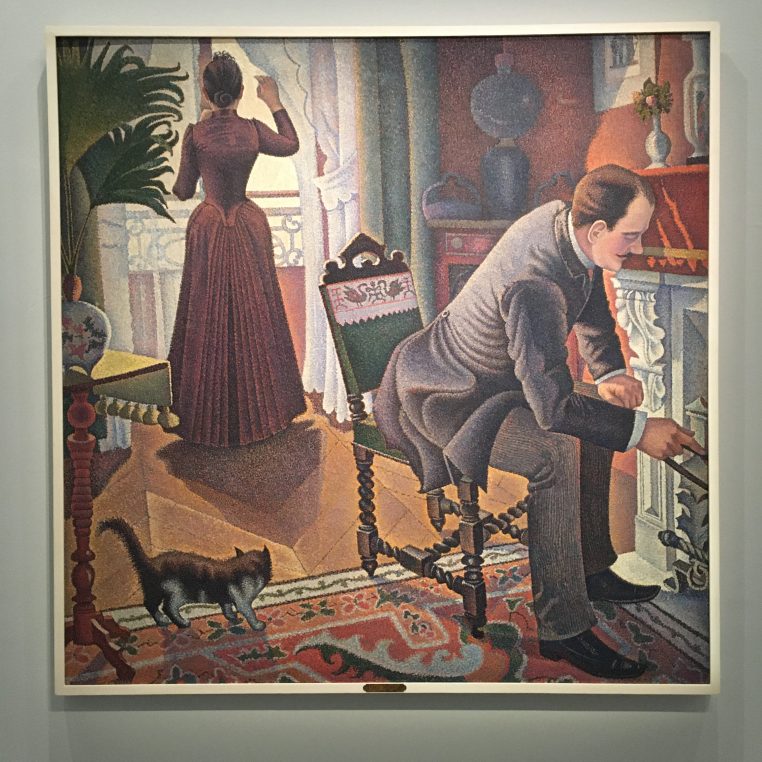 He also shared the anarchist’s beliefs  in an ideal society and Paul Signac’s “In Time of Harmony” is a perfect illustration of this as is Matisse’s “Sitting nude”. A print by Felix Vallotton, “L’Anarchiste” reveals another side of the philosophy. Fénéon constituted a collection of 1 200 works which he started selling in the middle of the war, in 1941, to cover medical expenses, and which his wife went on selling after his death in 1947. 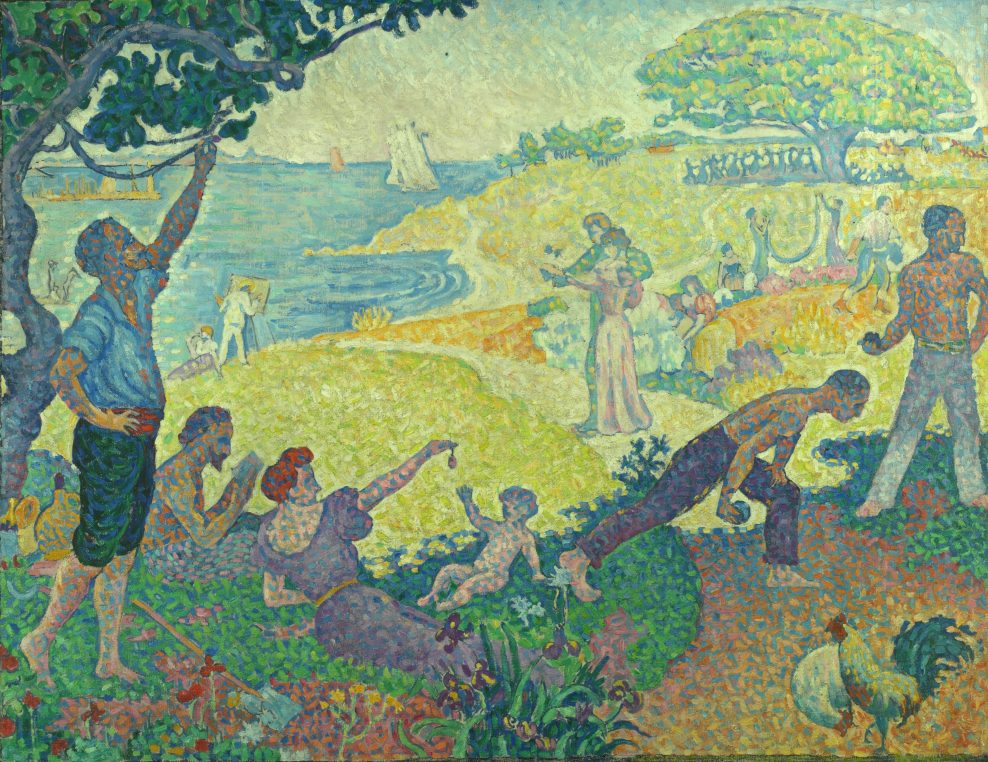 In 1912, he organizes the first Italian  Futurists exhibition at Galerie Bernheim-Jeune thanks to his encounter with poet Filippo Tommaso Marinetti, founder of the movement. Paintings by Giacomo Balla, Carlo Carrà and Umberto Boccioni close the exhibition in a colorful way.

2 Comments on “Félix Fénéon, the Revolutionary collector, at l’Orangerie”