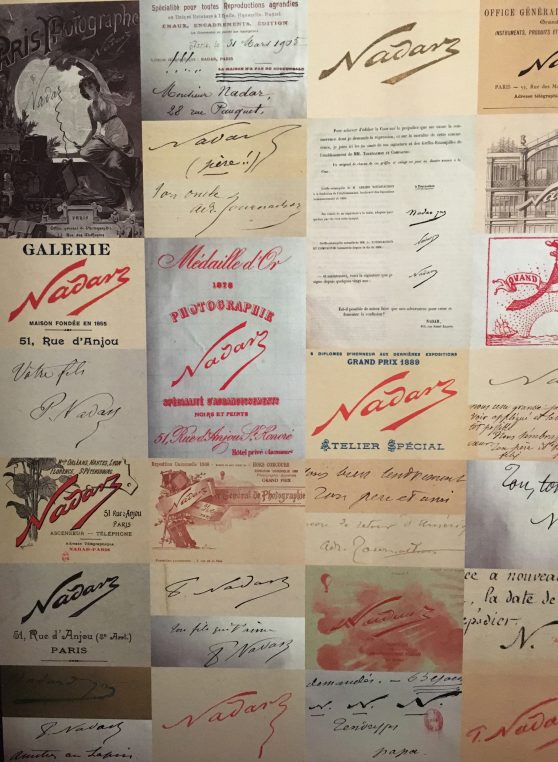 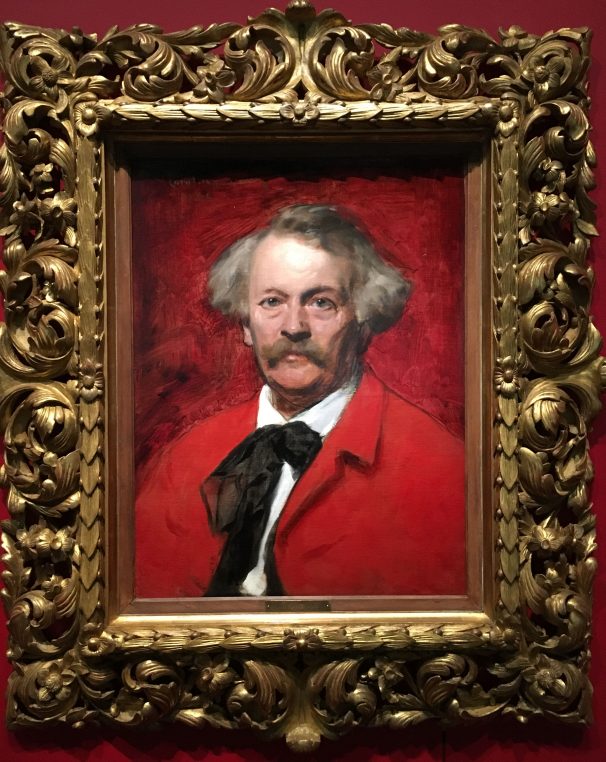 The pseudonym Nadar invented by Felix Tournachon in the 1840’s has become a synonym of early photography, of Parisian life and black and white excellence. We always forget that there were three “Nadars” and that Felix, the eldest was the greatest, as we can read in Stéphanie de Saint Marc’s excellent biography of the master. But Bibliothèque Nationale de France chose to portray the three members of the family, Felix, Adrien Tournachon, his brother, and Paul Nadar his son.  And even Marthe, Paul’s daughter, who like her ancestors was first a painter and then a photographer. The result is a wide exhibition with 300 photographs, which lacks a proper story and an angle. A little confusing. 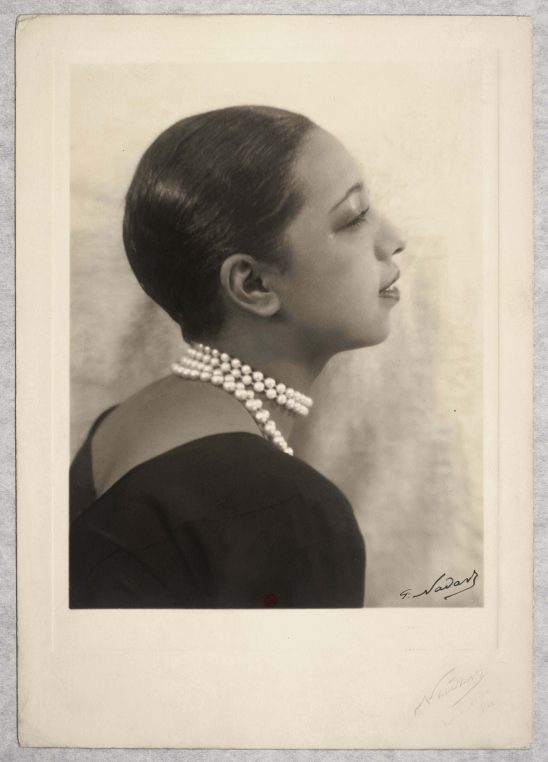 After a first part dedicated to self portraits and the family’s studio run by Ernestine, his wife,  near the Madeleine, rue Saint Lazare and rue d’Anjou, the show takes us through Art and Industry and the many portraits of writers and actresses or courtisanes. A third section is dedicated to science, agricultural with Paul’s studies of bulls and aerial with Felix’s passion for hot air balloons and airplanes. It ends with a series of underground photographs of the Paris sewers full of skulls and  of rare medical pictures.

Felix’s genius comes from his intimate knowledge of the people he photographs. His firs art was caricature. The son of a publisher and bookseller, he dreamt of becoming a writer, published some writings at the end of his life and admired Balzac, Victor Hugo and Dumas.

He talks about “the moral intelligence of the subject… the quick connection with the model… the intimate ressemblance… the psychology of the photography…”. His portraits of Baudelaire, Alexandre Dumas, Sarah Bernhardt, Gustave Doré, are famous for these reasons. His son Paul will follow in his steps, taking pictures of his fathers’ friends such as Mallarmé while Adrien concentrates on popular characters.

Three hundred black and white photographs is a lot to concentrate on and one tends to loose attention towards the end of the show. This is when bulls and skulls in catacombs appear. Also a hermaphrodite photographed for Doctor Armand Trousseau by Félix in 1860. Photography now serves science and the air industry. 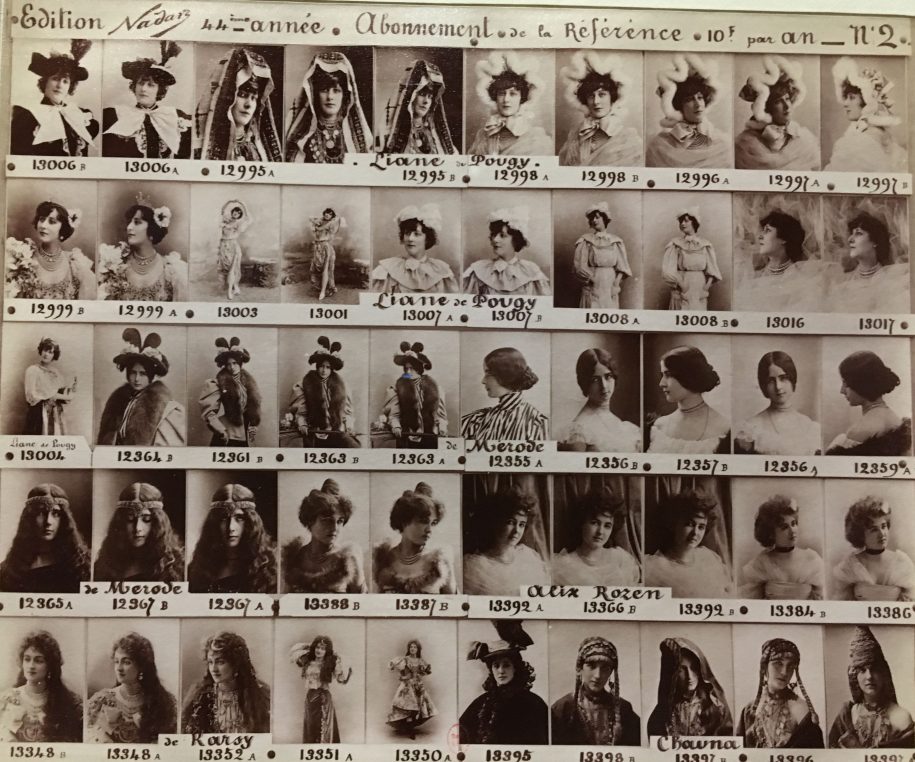 There is a fabulous little book called “The world of Proust by Paul Nadar” (Editions du Patrimoine) where turn of the century elegance is well represented. There is nothing like this in the show which includes mostly a series of famous literary characters. It lacks a whimsical superficiality which would have made it more attractive. 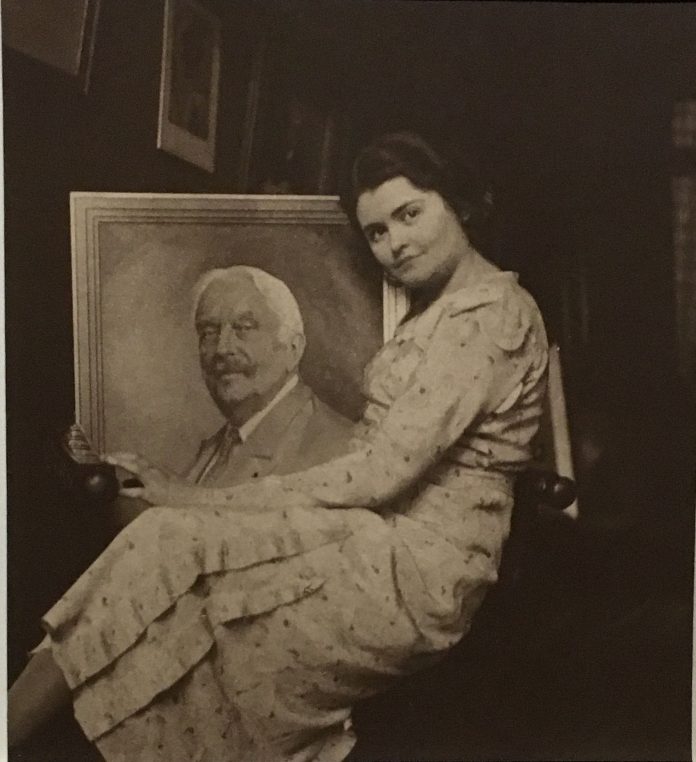 Marthe Nadar, Self portrait with her father Paul Nadar’s painted portrait. She is the third generation of Nadar

But these early photographs remain exceptional of course and the Metropolitan Museum and the Getty have lent their treasures as well as Musée d’Orsay and Société française de photographie… Some of the contact sheets are particularly interesting and the historical research enlighting. 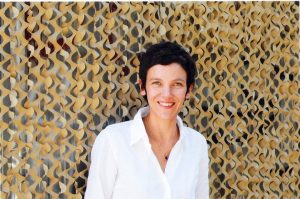