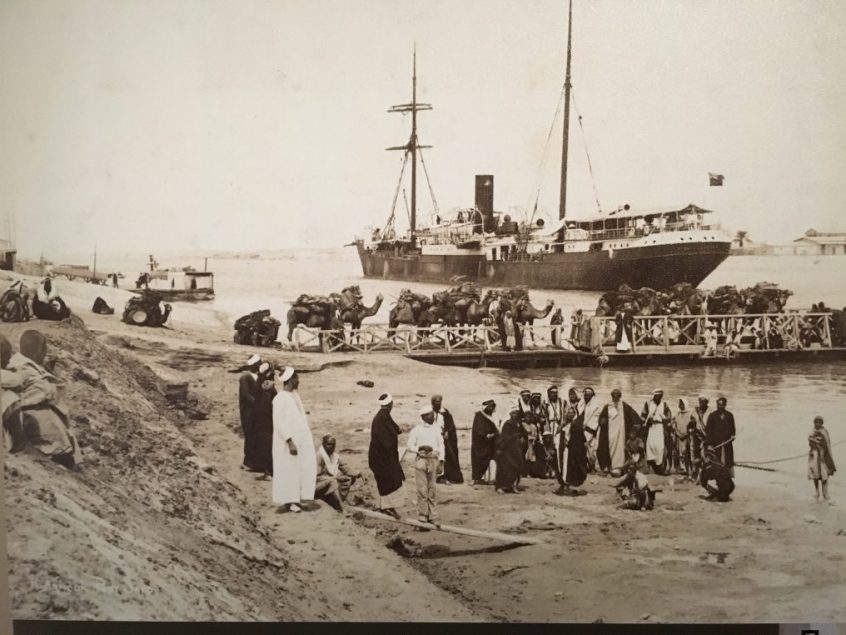 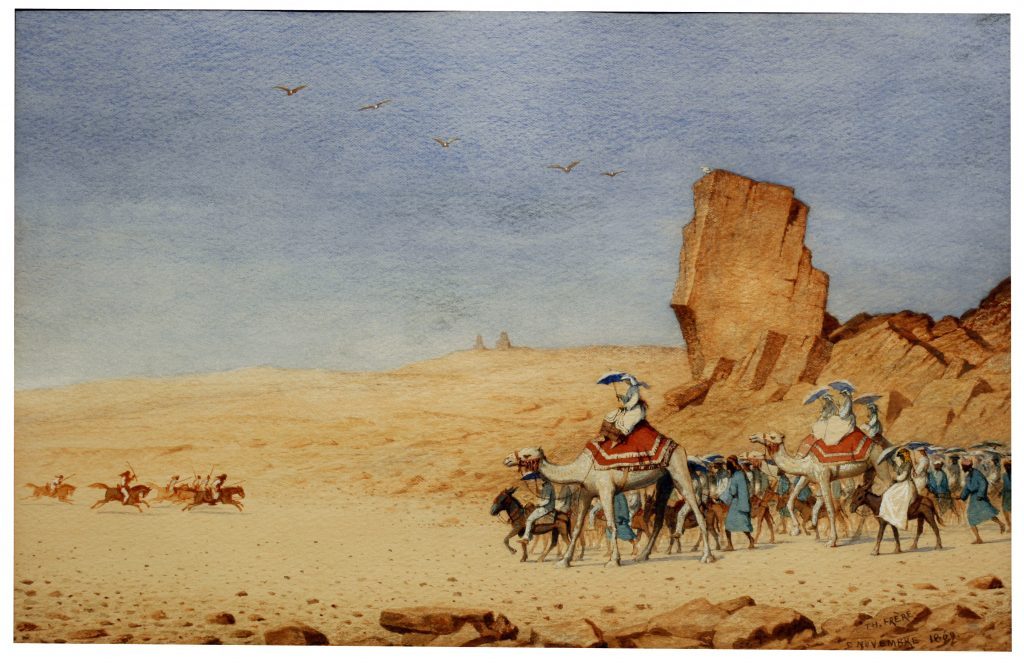 When you enter the first room of the exhibition “L’Epoque du Canal de Suez des pharaons au XXI ème siècle” at IMA, the red velvet curtain, the large screens with photographs commented by Frédéric Mitterrand’s inimitable voice, are a stark contrast to the Jean Nouvel building. Napoléon III’s era is at the heart of this illuminating show on one of the prowesses of the 19 th century. The piercing of the Egyptian canal by Ferdinand de Lesseps and its inauguration on November 17, 1869 shortly before the French Emperor/President was deposed. Many of his descendants attended the opening. 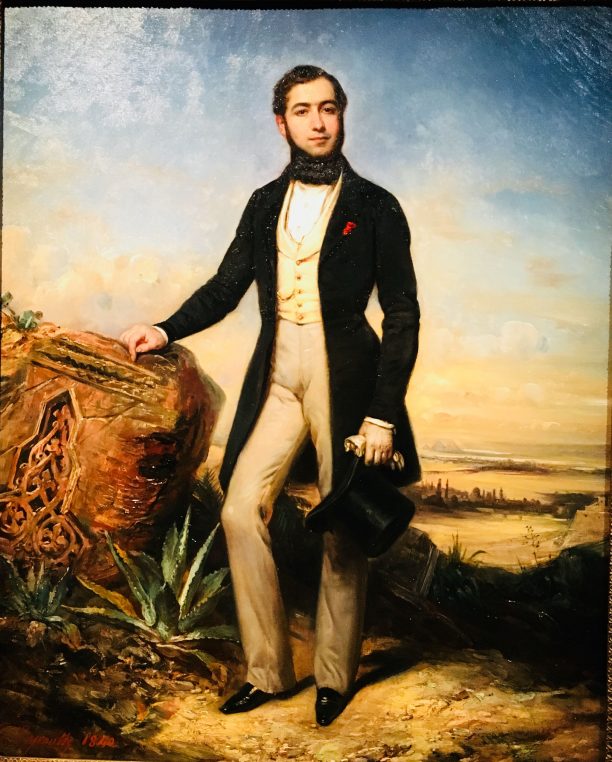 Empress Eugénie wore a special amazon white cotton dress, shown here and lent by Musée de Compiègne and a few paintings depict her touring Egypt on a camel. The Emperor of Austria and many neighboring sultans surround Ismaïl Pacha. Napoléon III is unwell and could not attend. The event will be celebrated by Giuseppe Verdi who  composes “Aïda” on a libretto by French archeologist Auguste Edouard Mariette. Unfortunately its premiere will be delayed until 1871 after the decors and Mariette are released from the Paris commune blockade. For the first time and thanks to the Suez canal, which unites the Mediterranean and the Red Sea, Europe is linked to Asia. 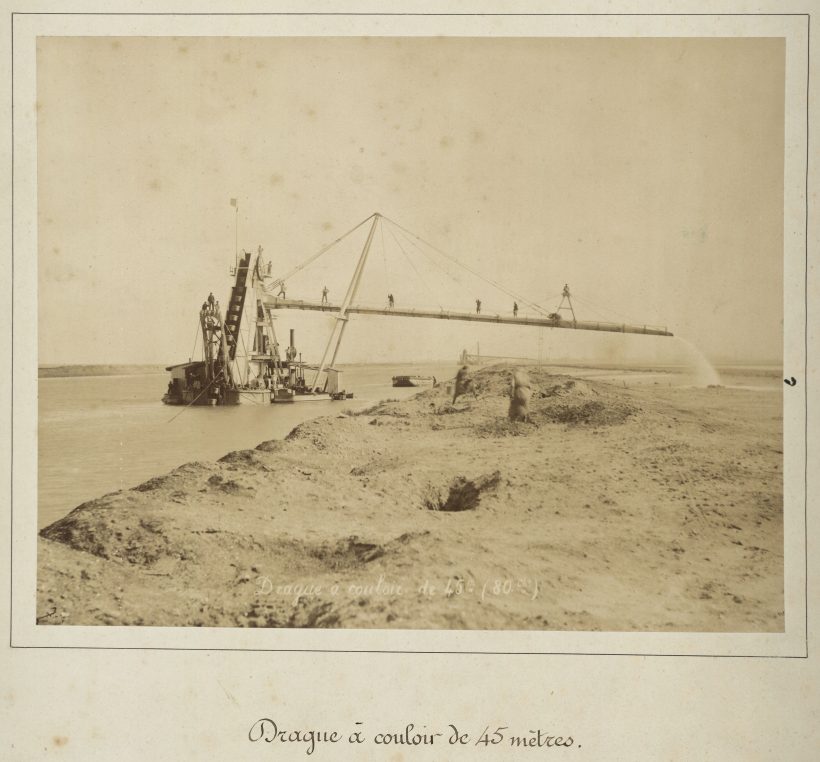 The first studies are made by Napoleon’s scientists in 1798 and vice roy Mehmet Ali, invites doctors, educators, army and marine personnel as well as archeologists to modernise Egypt. It is through Ferdinand de Lesseps, former consul in Alexandria and a friend of his son, Saïd Pacha, that the project will succeed. With the perseverance of Barthélemy Prosper Enfantin. 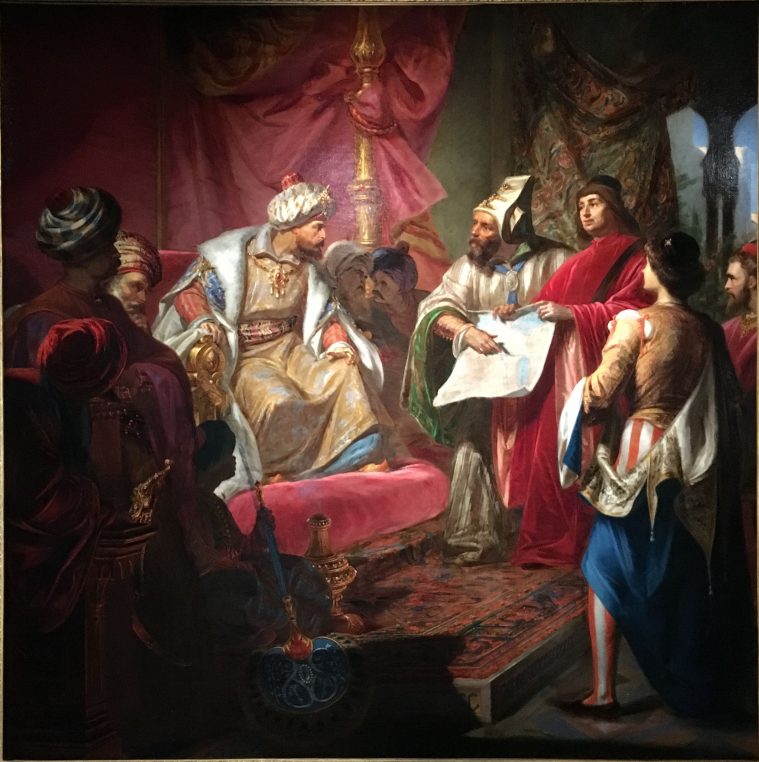 Giulio Carlini, Venitians present their project of a canal in 1504, to the sultan, 1869

Egypt is still under the Ottoman domination and Great Britain is very hostile to the project fearing the loss of its Indian Empire. The new canal which goes from Port Saïd on the Mediterranean to Suez on the Red Sea, reduces the route from 12 300 miles (London Mumbai via Cape of Good Hope) to 7 200 miles. Enough industrials and bankers believe in the new technical progress of steamships and dredger boats, to enable the digging to start. Photographers and painters accompany Empress Eugénie on her big tour and this project becomes an adventure that everyone can follow back home. And the French invest heavily in the project. 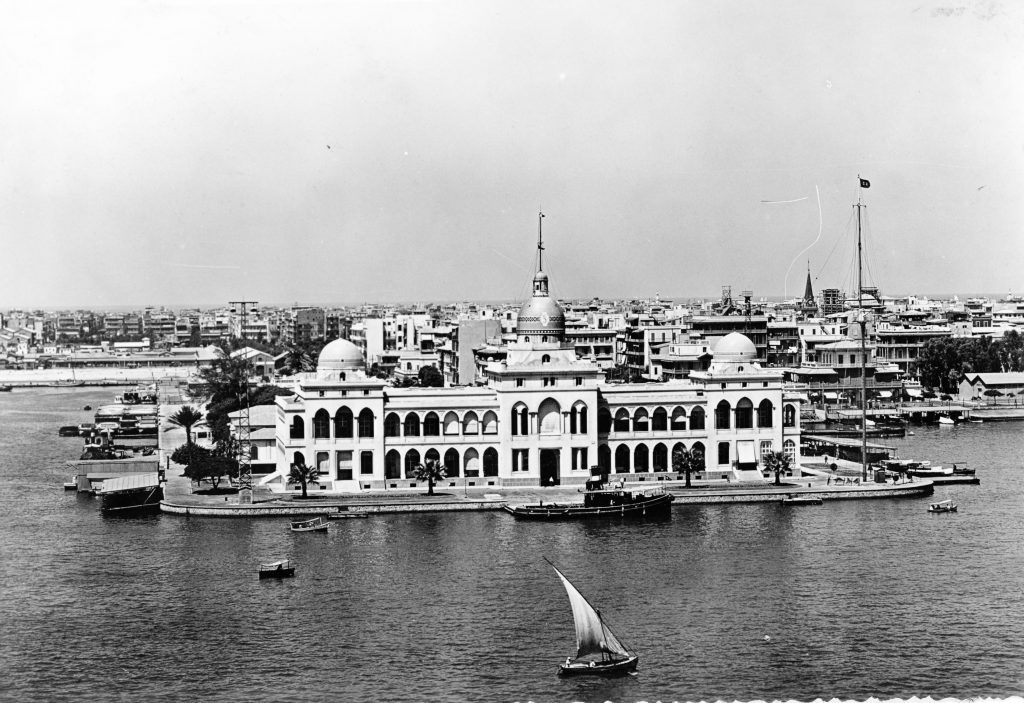 The Pharaohs of ancient Egypt had already dreamt of creating a canal in 1878 bc, and Darius, emperor of Persia in 521 bc, also worked on the project which linked the Red Sea to Cairo.  Then follows Venice in 1504. Ferdinand de Lesseps and new technology will be the key actors of the Suez Canal.

It took 10 years to complete and Egypt will own 44% of it, the 21 000 French stock owners,  get the rest of the capital. Soon after, Egypt needs money and sells its shares to Great Britain who replace the Ottomans and take control of the canal in 1882. IN 1945 the King of Saudi Arabia meets President Roosevelt in Ismaïlia and sign the birth of Aramco.  In July 1956, Nasser nationalises the canal to great acclaim by the Egyptians. 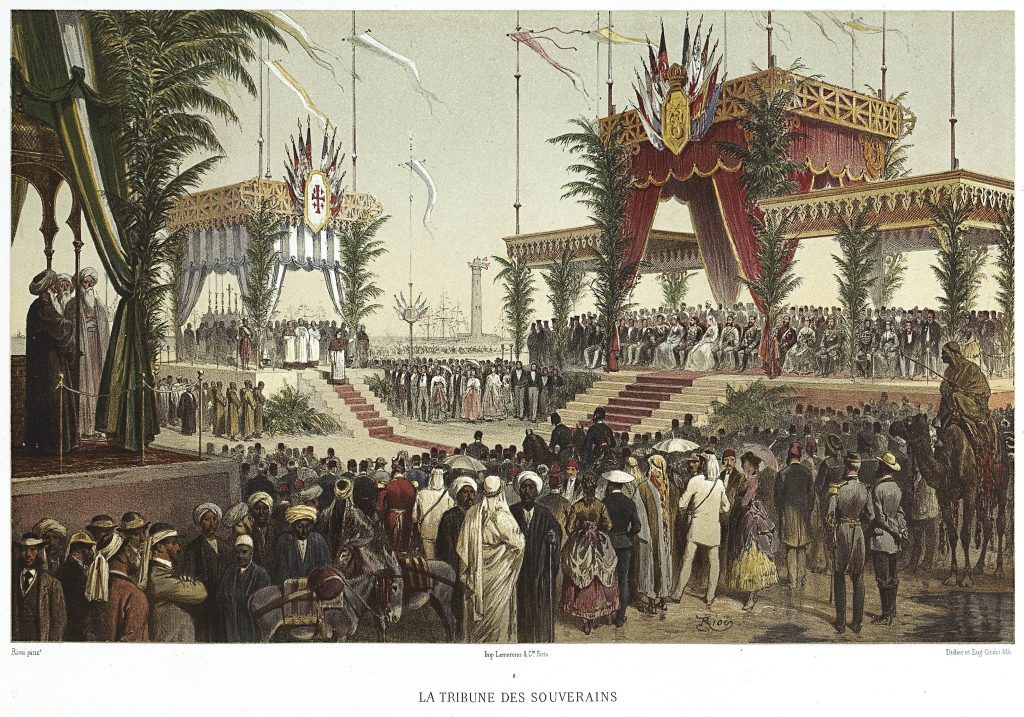 This exhibition curated by former ambassador Gilles Gauthier and Claude Mollard, allies many qualities. It is beautiful aesthetically, fascinating historically and explains many Middle Eastern movements from sixty years ago. The last room includes modern photos of the 1932 architecture of the Suez company buildings in Port Saïd by Arnaud de Boistesselin. 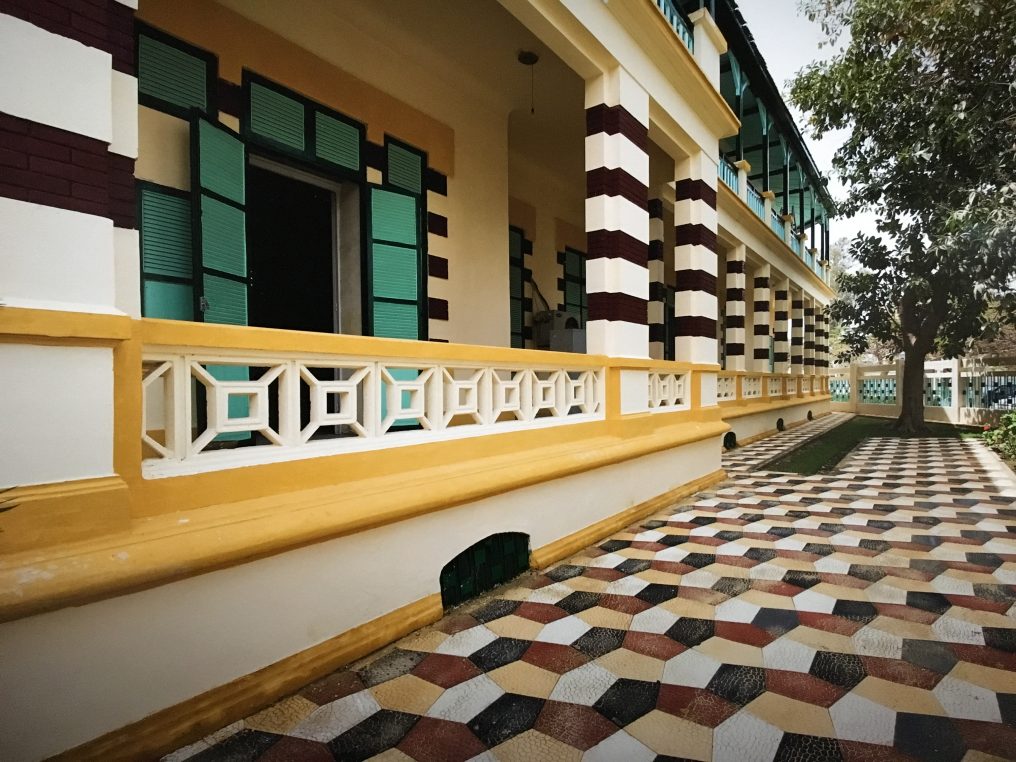 For the 150 th anniversary of the canal this show will be at Cairo’s new museum of Civilizations. There is also a project of a museum to be built on the Canal in Ismailia, halfway through its length of 162 kms.