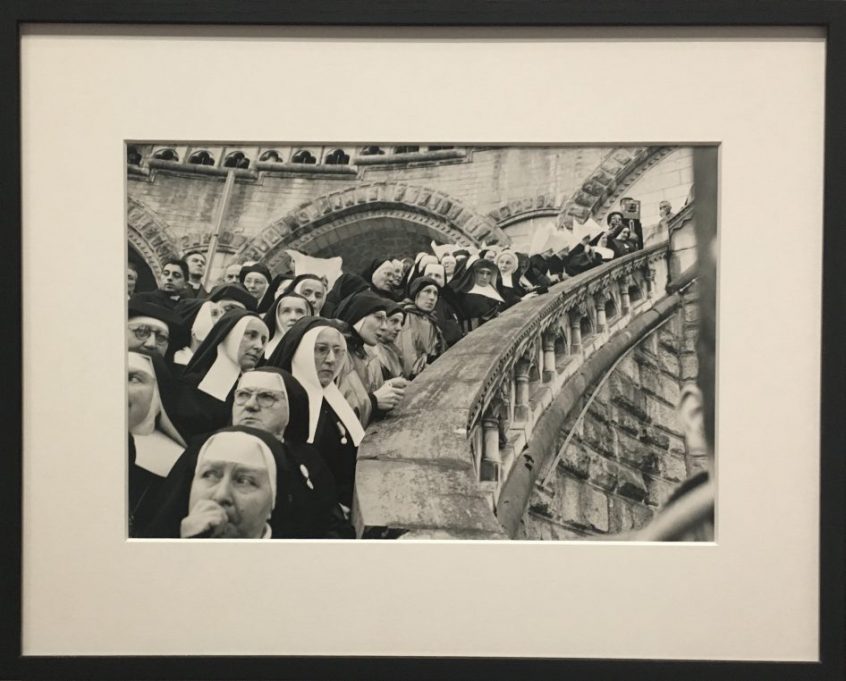 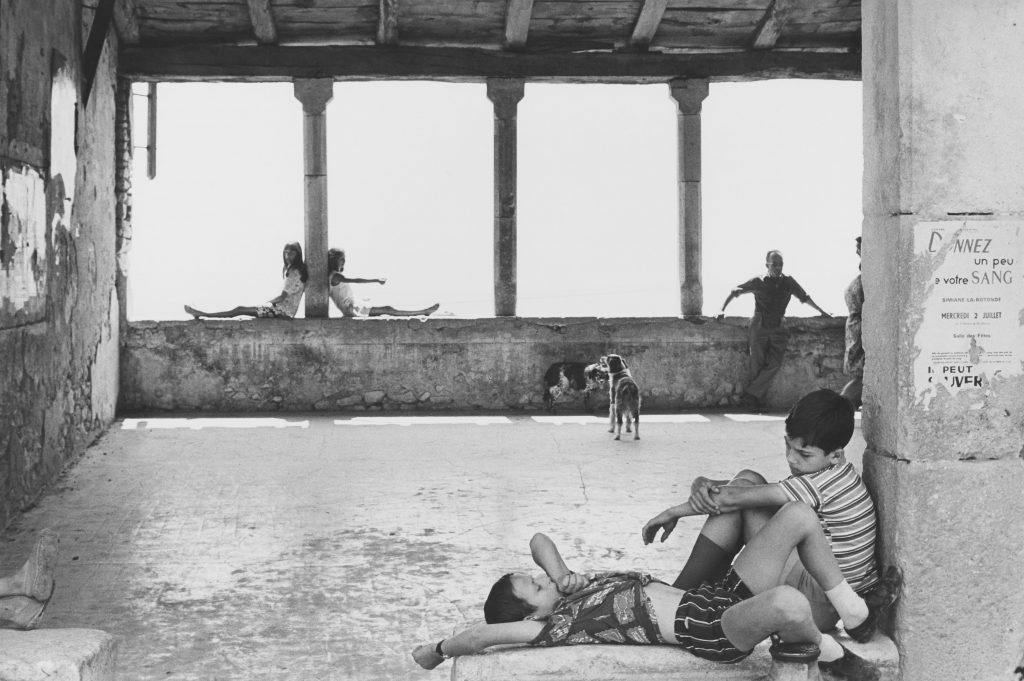 The new exhibition of Henri Cartier Bresson’s photographs at Bibiothèque Nationale de France is a unique experience which was rehearsed at Palazzo Grassi, in Venice, last fall. Some five years ago, François Pinault, whose Foundation has recently opened in Paris at Bourse du Commerce, bought a bulk of 385 photographs by HCB to help the HCB foundation move to its new premises on rue des Archives. These prints of which there are 6 copies, were chosen by the photographer himself for Dominique and John de Menil in 1973 and is called the “Master Collection”. Bibliothèque Nationale has a copy as does the Menil Foundation in Houston of course, the Victoria and Albert in London, the University of Fine Arts in Osaka and Fondation HCB. Five curators, Sylvie Aubenas, Javier Cercas, Annie Leibovitz, François Pinault and Wim Wenders were asked to chose 53 images among “the perfect prints of my best photos” as the photographer used to call this series. And the result is very enlightening. 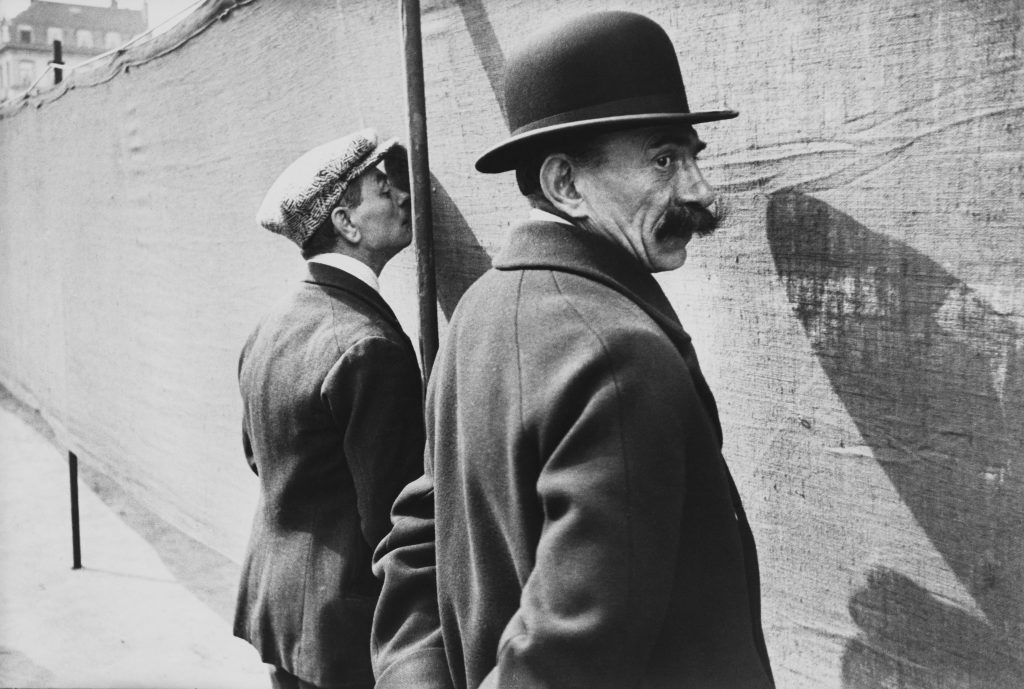 The first room is all white with white frames for the photos. “Very minimal like Agnes Martin’s work” said the curator of the Pinault collection, Matthieu Hummery. The pleasure of sharing a picnic on the grass, spending time with friends in the neighborhood, watching a peasant pick fruit in Villandry, HCB translates the universality of these ordinary moments by photographing them. While Pinault’s room is devoted to happy daily moments “Le Bonheur des jours”, Annie Leibovitz’s choice in the next room is darker. All prints are framed in black and her eye has selected reportage pictures which impressed her when she used to be head photographer for Rolling Stone magazine in the 1970’s. Her choice is much more political like the picture of nazi women in Dessau in 1945. She finds that some pictures miss in HCB’s selection. 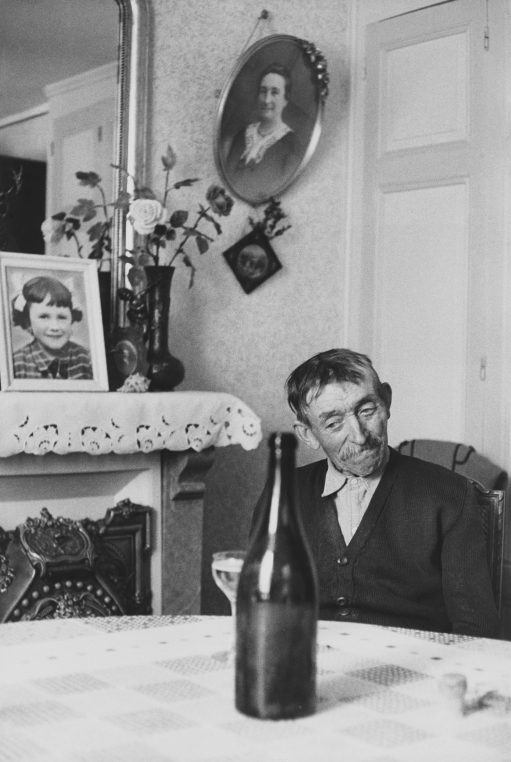 Spanish writer Javier Cercas is the youngest curator and the least trained in photography. HIs choices are more topical. He added three films shot by Cartier Bresson to his selection which is definitely the most fun and witty with some scenes related to the Spanish civil war and to religion. He chose a portrait of Ezra Pound in 1971, Irish nuns (whom HCB often photographed), an old man with a newspaper serving as umbrella at Ascot in 1953, a Mardi Gras fight in Tarascon in 1959, a beach scene where sunbathers are literally buried in sand in Dorgali Italy, in 1962. His choice particularly appealed to me. The walls are painted grey and the pictures framed in black. 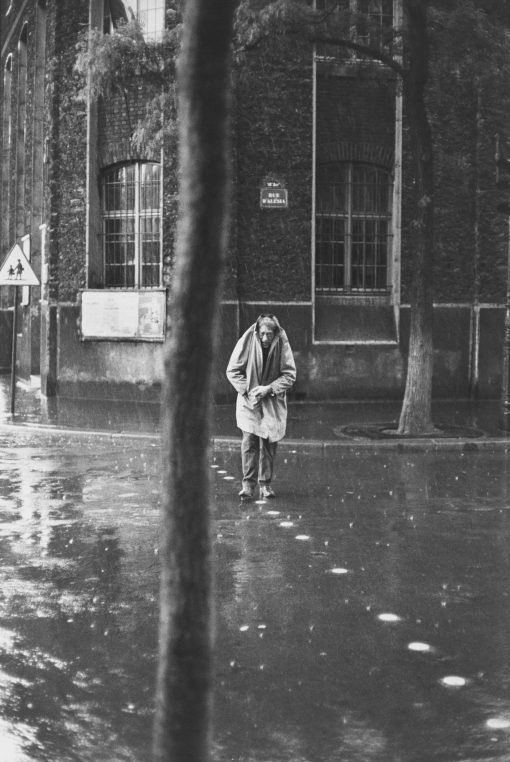 When you enter German film director Wim Wender’s space, you bump into HCB’s portrait when he was German prisoner-of-war during WWII. He chose portraits of famous artists like Alexander Calder in France in 1970 and Max Frisch in Switzerland in 1966, Colette, Francis Bacon and he made a film of himself narrating the process of selection and searching for HCB’s eye. His rooms are totally dark like a movie theater and entice the visitor to immerse himself in an oppressive and very dramatic way. He also picked a great picture of East Berlin’s wall, in 1962. 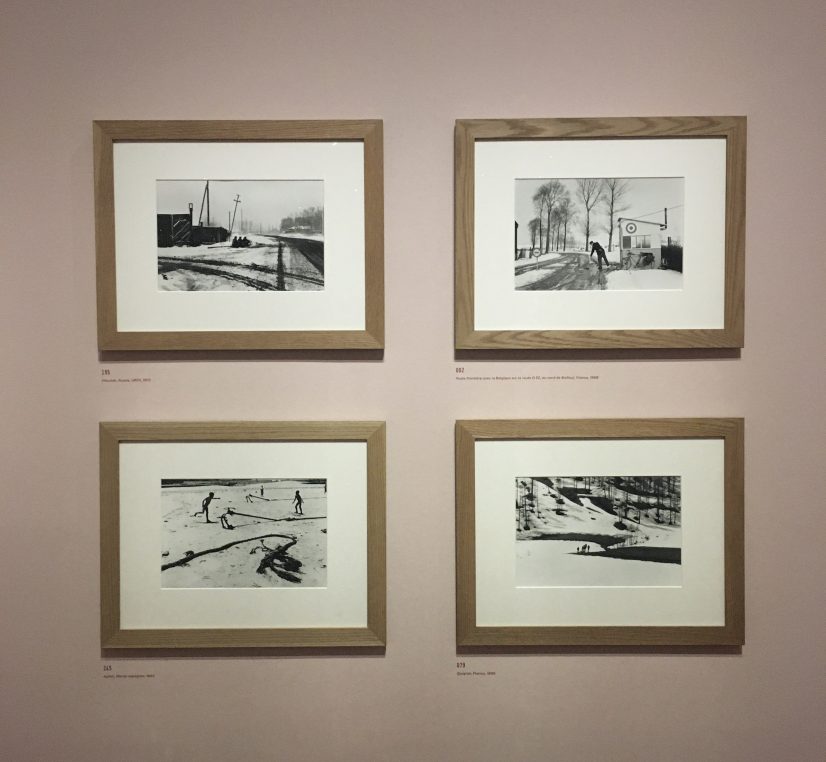 Sylvie Aubenas shows pictures of snow in russia  and the desert in Morocco, on the same wall painted in pink with cartels. A relief from the sternness of the others

Sylvie Aubenas, curator of photography at Bibliothèque Nationale is in the last room which she had painted in pink with the name and the place of each photograph. It is a complete relief for the end of the visit. You immediately relate to the shot and while there are portraits, street scenes are favored. 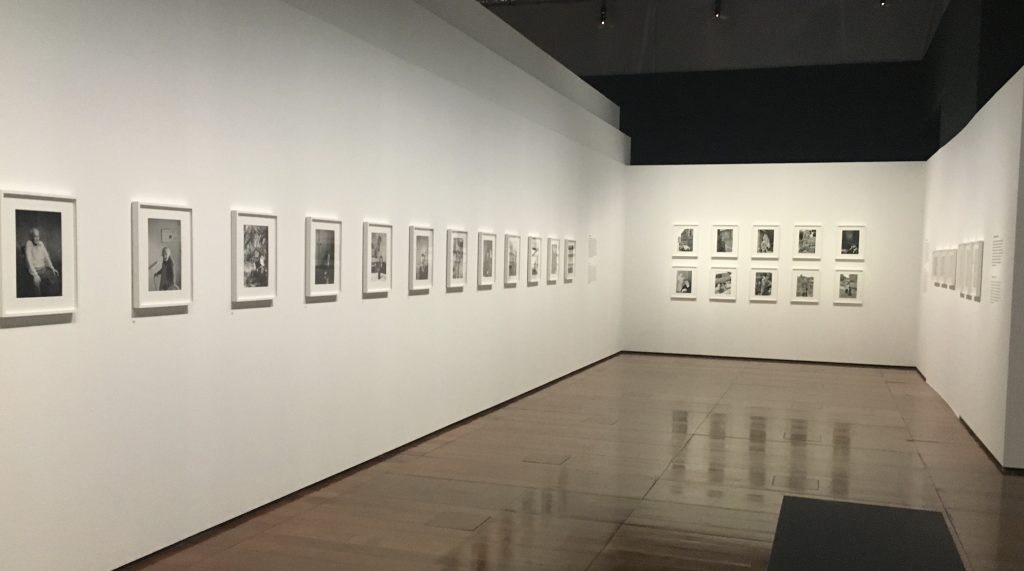 It’s interesting to see the few pictures which were selected twice (45 of them) or three times (12 of them). And it shows how much the frames and the setting can drastically alter our vision of a same picture. This exhibition is very special and the five different personalities who curated it under Matthieu Hummery’s eye, reflect in the atmosphere. 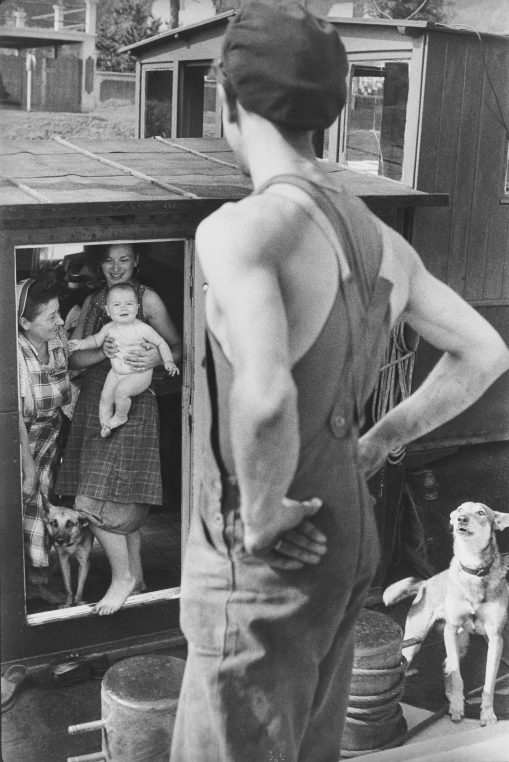 Each curator used a small print of each picture in order to select 53, like in a card game with a joker. It took months for some and very little time for others. The result is playful and interesting from a technical point of view. But it also tells us about HCB’s favorite pictures and illustrates his world. This is a major exhibition  to see.

At Carnavalet on June 15, the exhibition of “HCB’s Paris” opens and at Fondation HCB, a “Paris by Atget” has already started. It is a coincidence that all three shows should open at the same time, but a good one. Make sure to book they will probably be jammed…

3 Comments on “Five curators for Henri Cartier Bresson at BNF”

Leave a Reply to David B Cancel reply