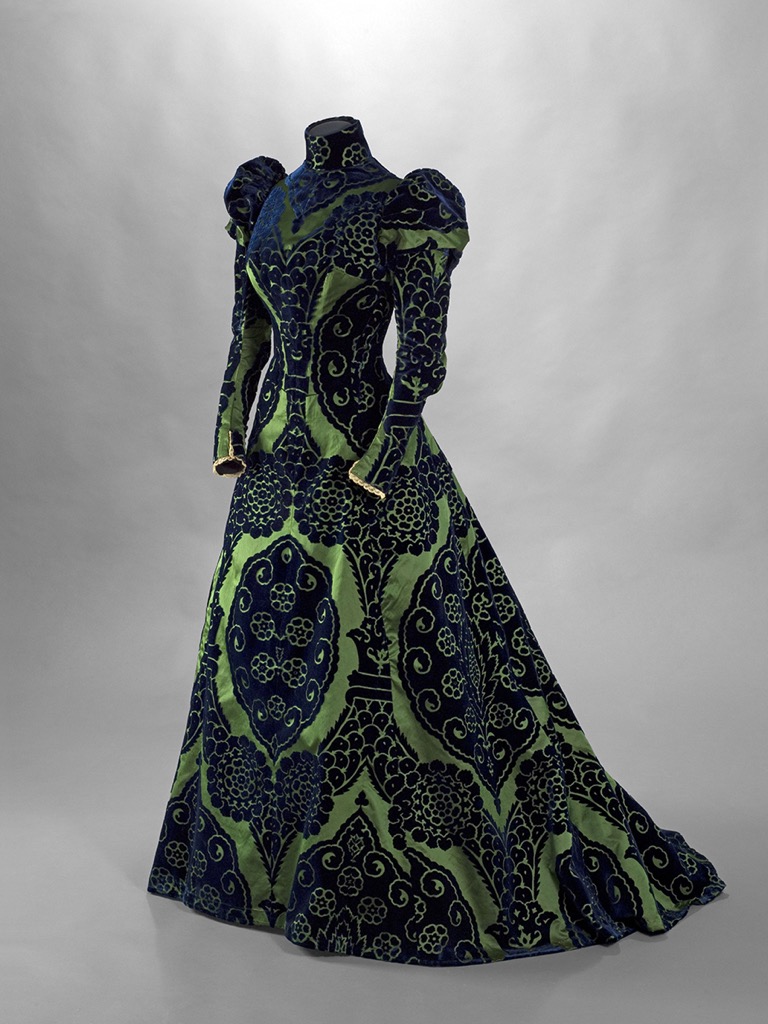 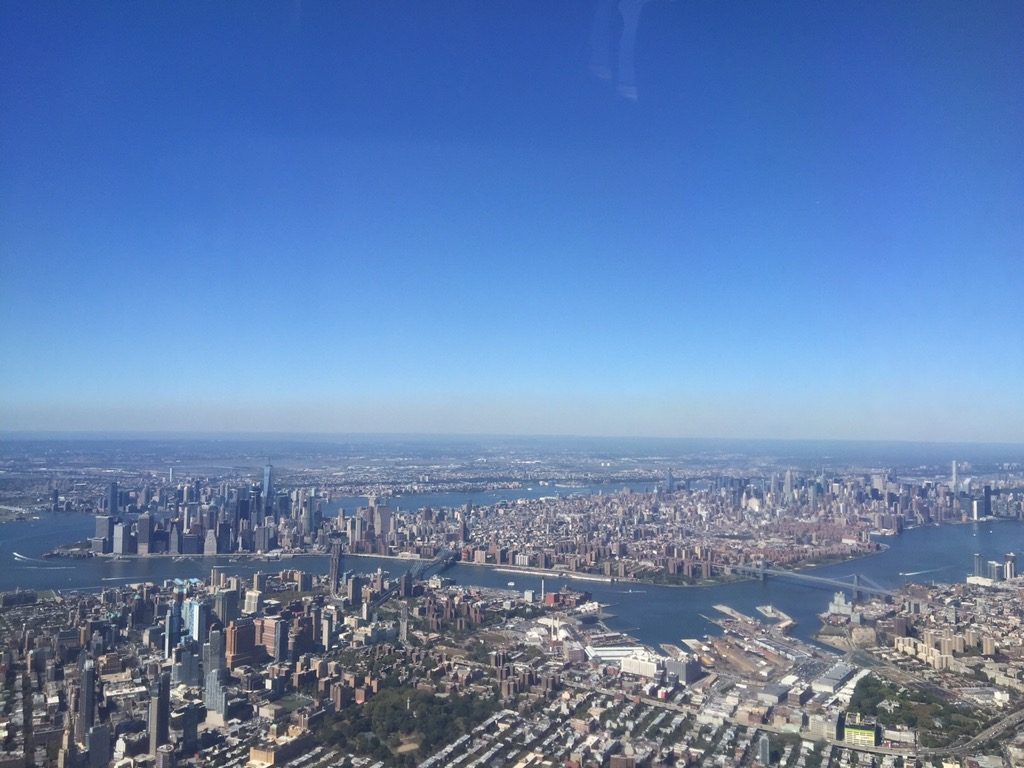 Who would have thought that New York was in a turmoil all week? photo Colombe de Lastours 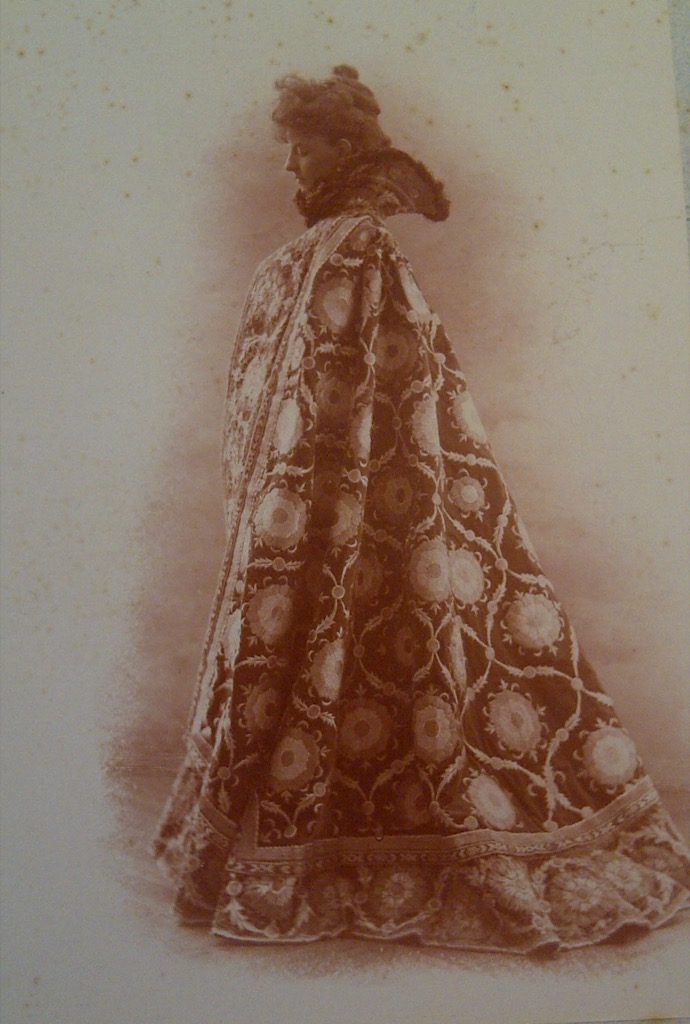 Comtesse Greffulhe wearing the embroidered cape given by the Czar of Russia and recreated by Worth, takes New York by storm

I did not understand why there were so many police cars arresting people on the way back from Newark airport where my Openskies perfect flight had landed. Traffic was unbearable on Sunday night and there could not have been any speeding ! Only the next day, did I read in the New York Times, that the New Jersey bomber had been arrested… thus the extra frantic activity around Jersey city. 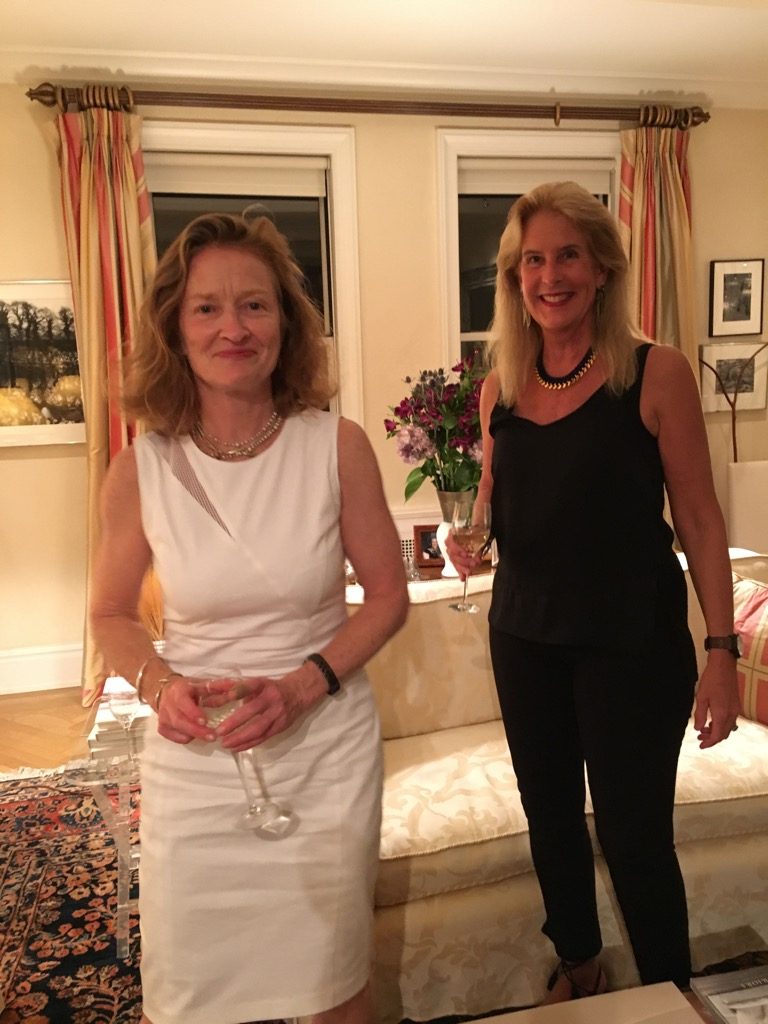 And all week was busy : with the UN summit and President Obama in town, 51st and 55 th Street were closed all the way and everyone complained about traffic. This did not stop me from attending the chicest publishing dinner of the year at Publishing queen Maria Campbell’s apartment, from visiting the prettiest Mewling exhibition at the Morgan Library, from seeing (at last) Ground Zero and its dark but beautiful remembrance pools and from climbing to the 60 th floor of the Empire State building to visit Cathleen McGuigan’s Architectural Record’s offices and discover her new issue on 125 years of important buildings. 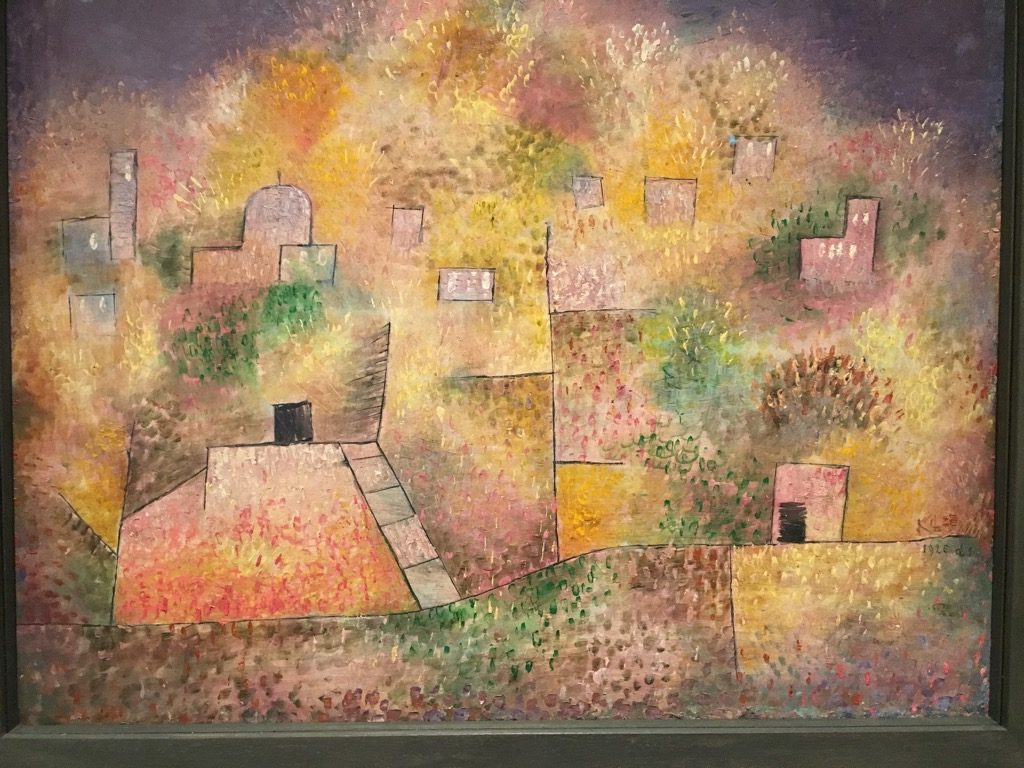 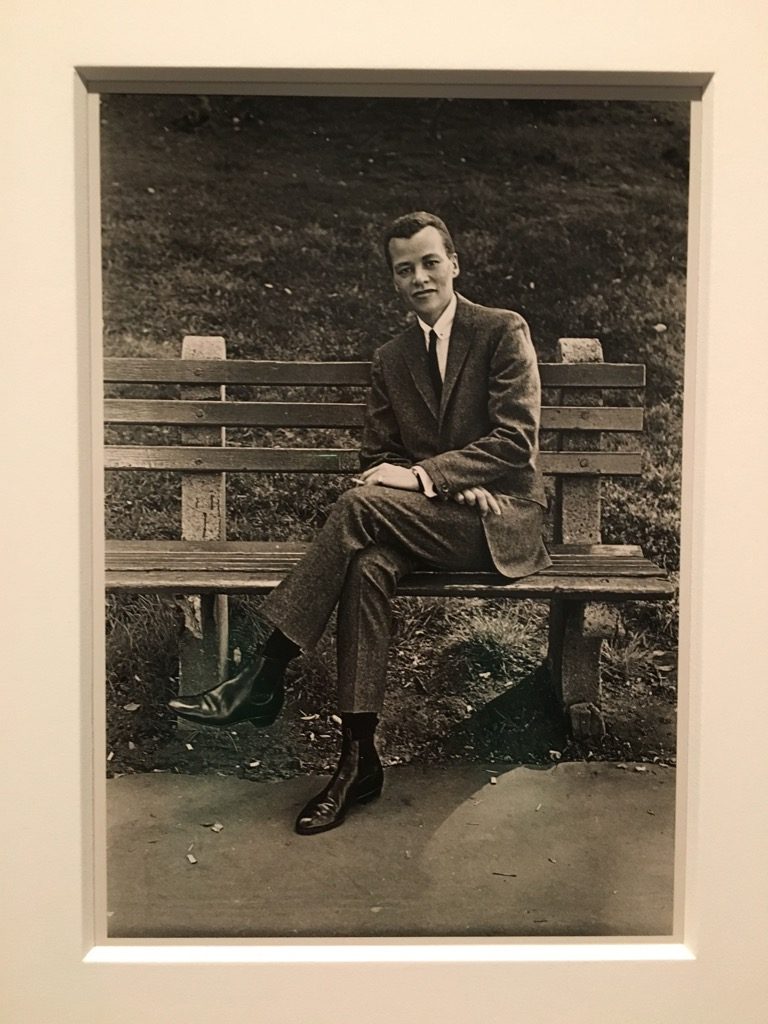 Diane Arbus, “Miss Stormé de Larverie, the Lady who appears to be a gentleman”, 1961

I fitted in two new clubs for lunch, the Links (as in golf links) and the Cosmopolitan (ladies only), which I loved of course and had a fascinating and delicious dinner at writer Charles Kaiser’s with New York Times editors Frank Clines and Alison Mitchell, who were discussing passionately the November elections… The conclusion of the stay was the very elegant and quite stunning exhibition of Comtesse Greffulhe’s gowns at FIT museum, “Proust’s muse” curated by Doctor Valerie Steele. 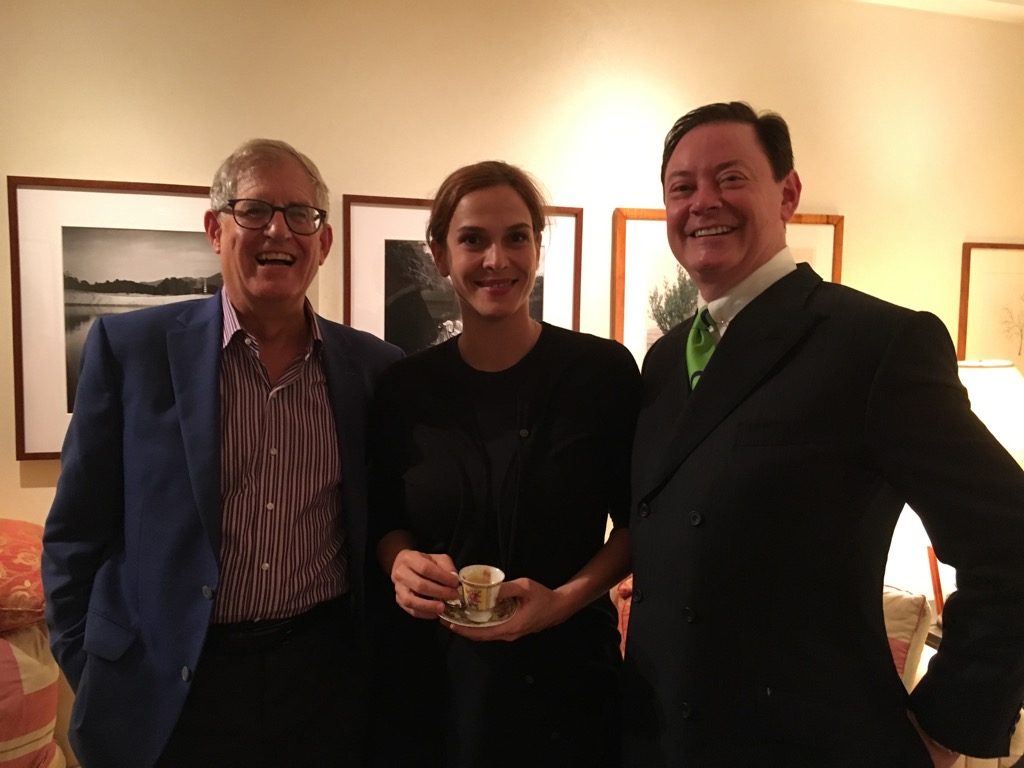 Sophie de Closets with her “boys”, Jonathan Galassi and Andrew Solomon, both published in French by Fayard

To celebrate Sophie de Closets, Editions Fayard’s director, and her new author Andrew Solomon (“Far from the Tree” is to be published in French in 2018), Maria Campbell invited magical lady Nan Graham from Scribner (who publishes Solomon in the US) and Jonathan Galassi, whose novel « Muse » on the New York publishing world, just came out at Fayard. Bill and Helen Beekman brought in the artistic touch as did Maria‘s husband, Woody Campbell, who is a keen photo collector and a photographer himself. Agent Andrew Wiley had his usual somber look and left early. 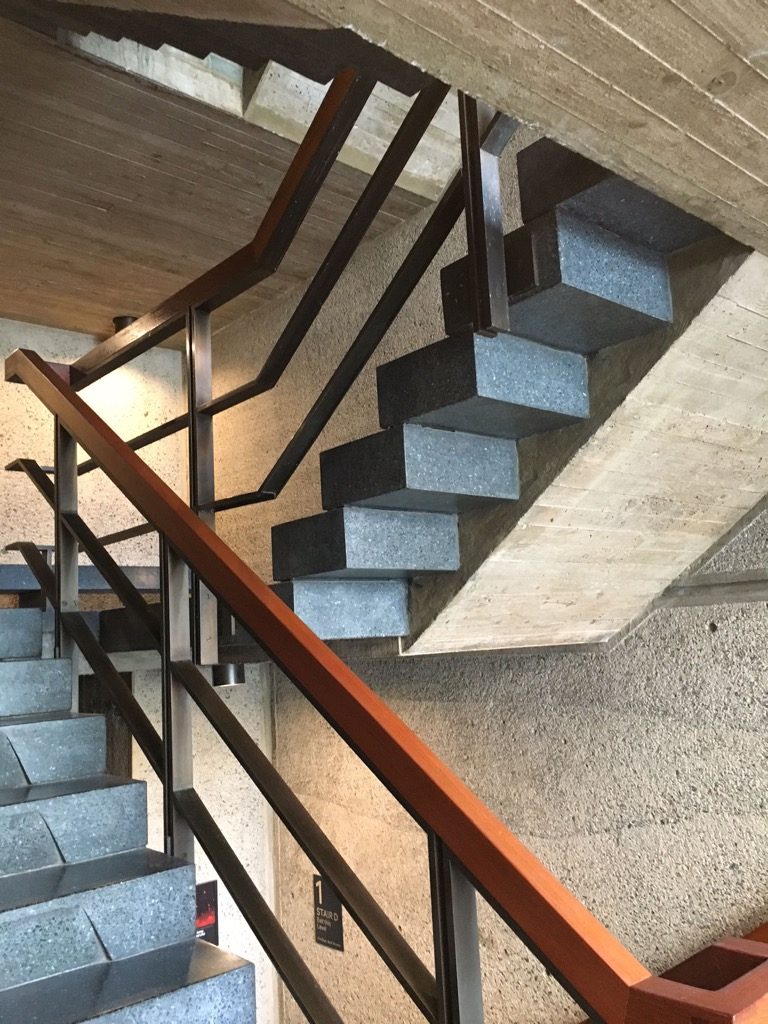 The staircase designed by Breuer at the Met Breuer

I very much wanted to visit the Metropolitan Breuer in the renovated former Whitney museum but was disappointed by the Diane Arbus exhibition except for one shot of « Miss Stormé de Larverie, the lady who appears to be a gentleman » a most unique and ambiguous portrait. The presentation on columns was stunning but cold. 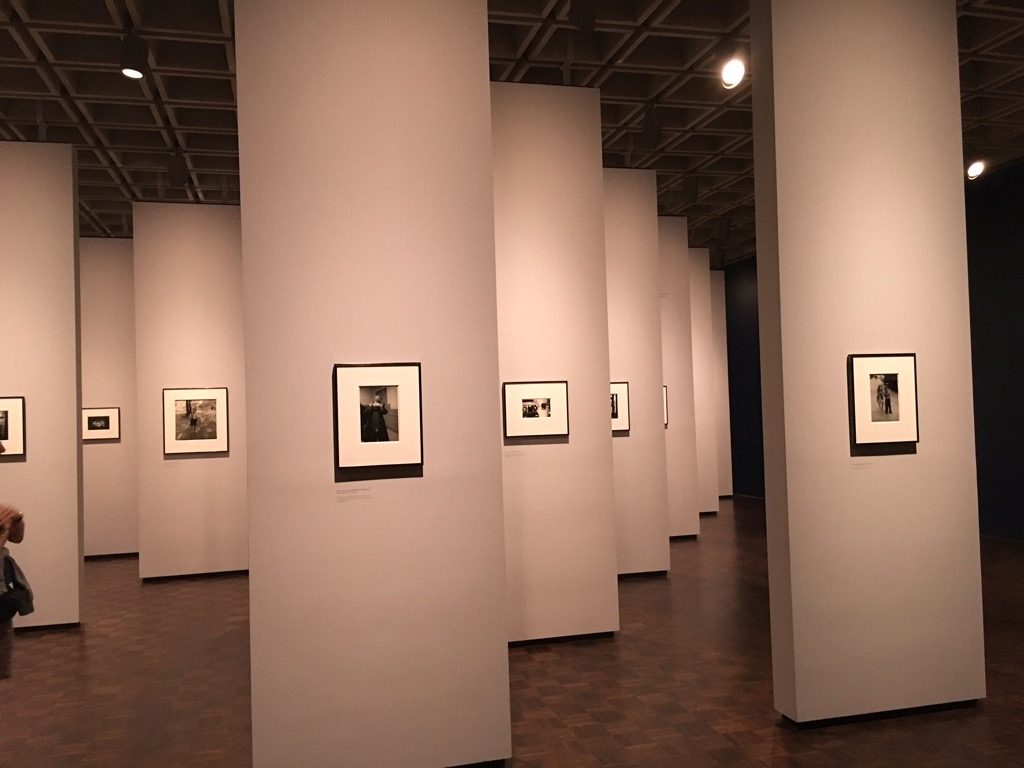 The divine surprise was to see the Berggruen donation of Paul Klee, one more beautiful than the other, on the fourth floor. The small and very early paintings by the Swiss artist are among his best. The Breuer building is even more beautiful than before and walking down the concrete staircase brought me back all the memories from when I was a student in New York. 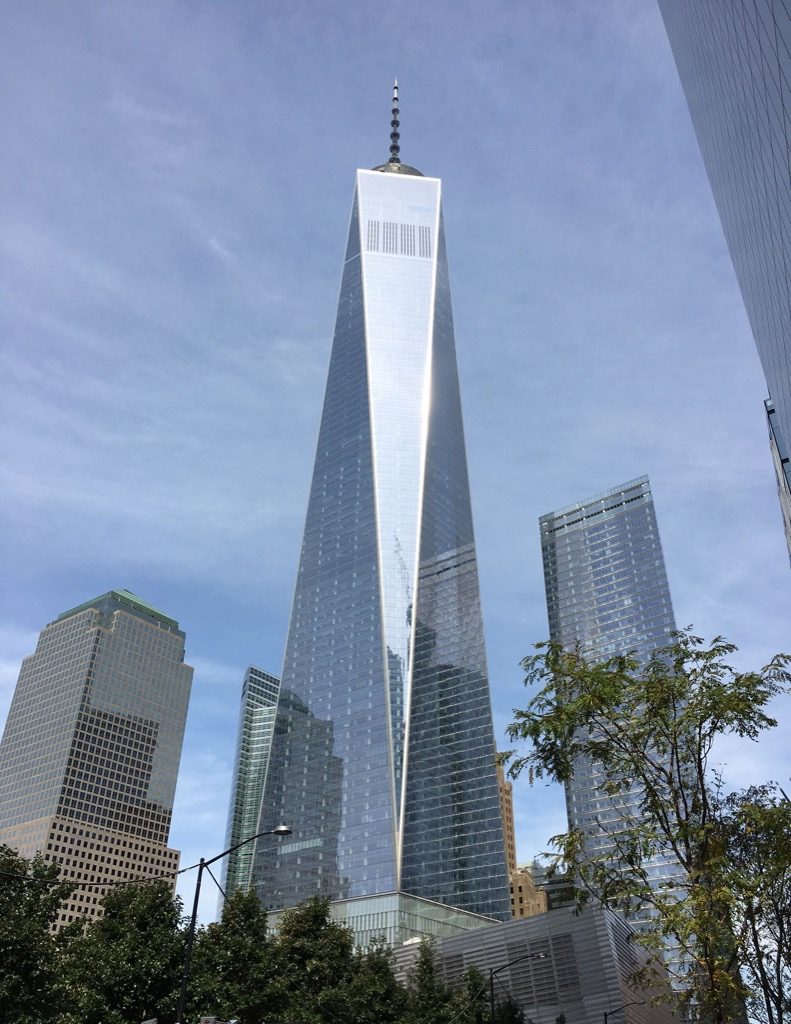 The “Condé Nast” tower, One World trade center, flies high over the Memorial

Ground zero and the 9/11 museum had been on my program many times before but I never had the courage to go all the way downtown. Well it took me fifteen minutes from Grand Central and it was the most moving and yet happy moment of the day. 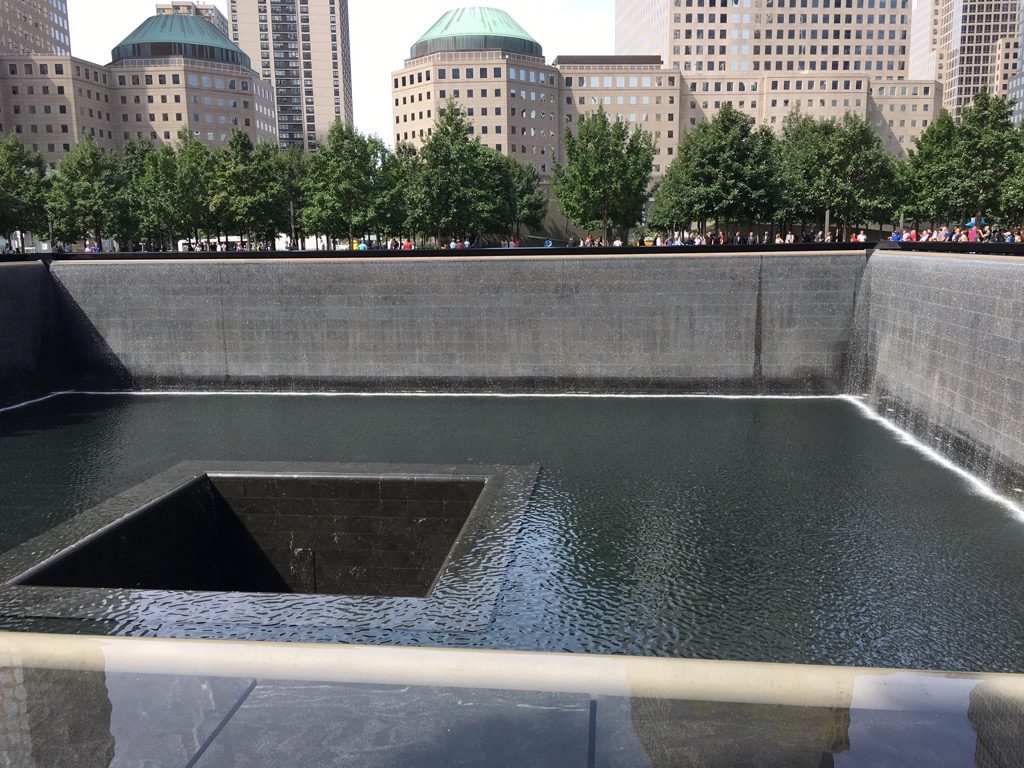 The square black pools with cascading water, located on the exact spot of the twin towers, were designed by 25 year old Israeli American Michael Arad and Peter Walker was the excellent landscape designer

The incredibly moving Memorial site is surrounded by trees and so near the Atlantic ocean and Statue of Liberty, that this visit opened up new horizons for me. It felt like such a holiday from busy mid town !

The « Condé Nast » tower at One World Trade center is proudly shining in the sun and the restaurants on the wharf (PG Clark and Beaubourg) are very lively. The museum is worth the visit, with a torn fireman’s car and remains of concrete columns with melted aluminum: these elements give a concrete sense of the tragedy that took place. A wall with the victims’ photographs is incredibly moving as are the voices of survivors methodically taped. 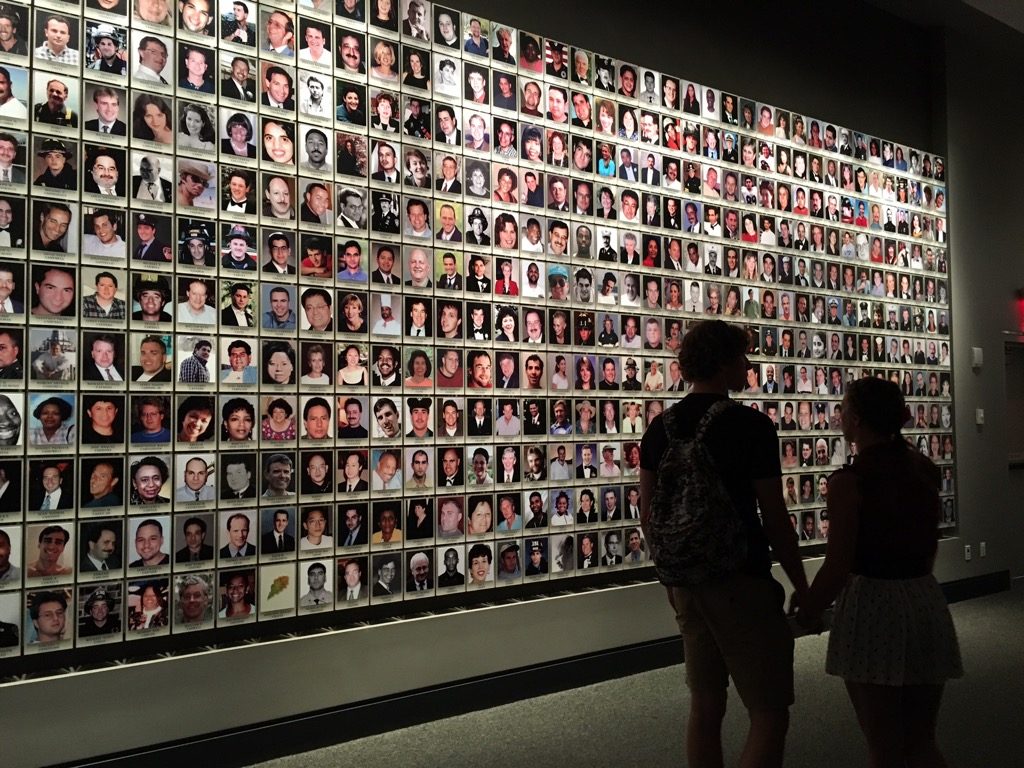 And you are welcome to tell your story of 9/11 in a little booth. The huge space is very luxurious and soothing, and meandering underground among all these dark remembrances is an extraordinary experience. Fifteen years later, this most somber site is emerging in full beauty and glamour. 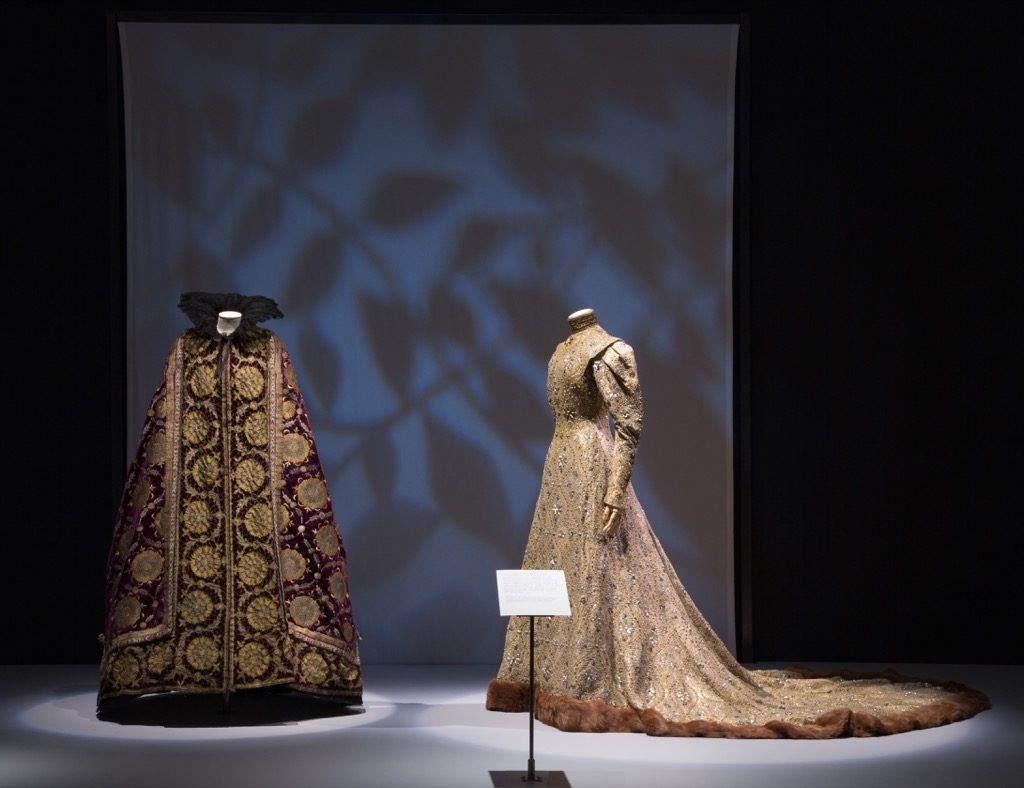 Just like Comtesse Greffulhe, « Proust’s muse” as Doctor Valerie Steele, director of the F.I.T. museum, nicknamed her for the show of her dresses on Seventh avenue. It was so interesting to see this most sophisticated of French aristocrats reign over the busiest avenue of Manhattan. 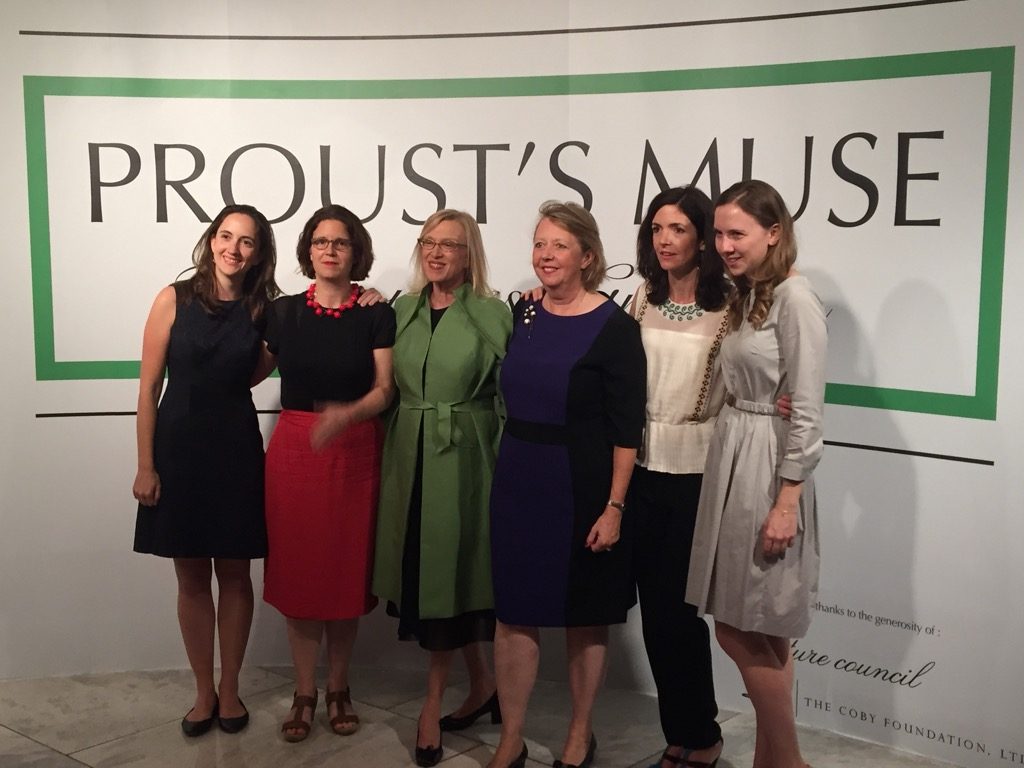 Posters and banners marked the entrance of the fashion museum, where wonderfully dressed crowds sipped white wine at the inauguration. Five of the Comtesse’s grand nieces were attending the show and most Prussian New York admirers, (including Lynn Goldberg, Sébastien de la Selle and Hervé Aaron) enjoyed the hollywood style decor.

The setting of the dresses in front of mirrors like in the Nadar picture or backed by studio-like screens, made the dresses look uniquely modern and worth of Vogue’s editor Hamish Bowles, who spent a long time in the show. The show came from Palais Galleria in Paris but was presented very differently. 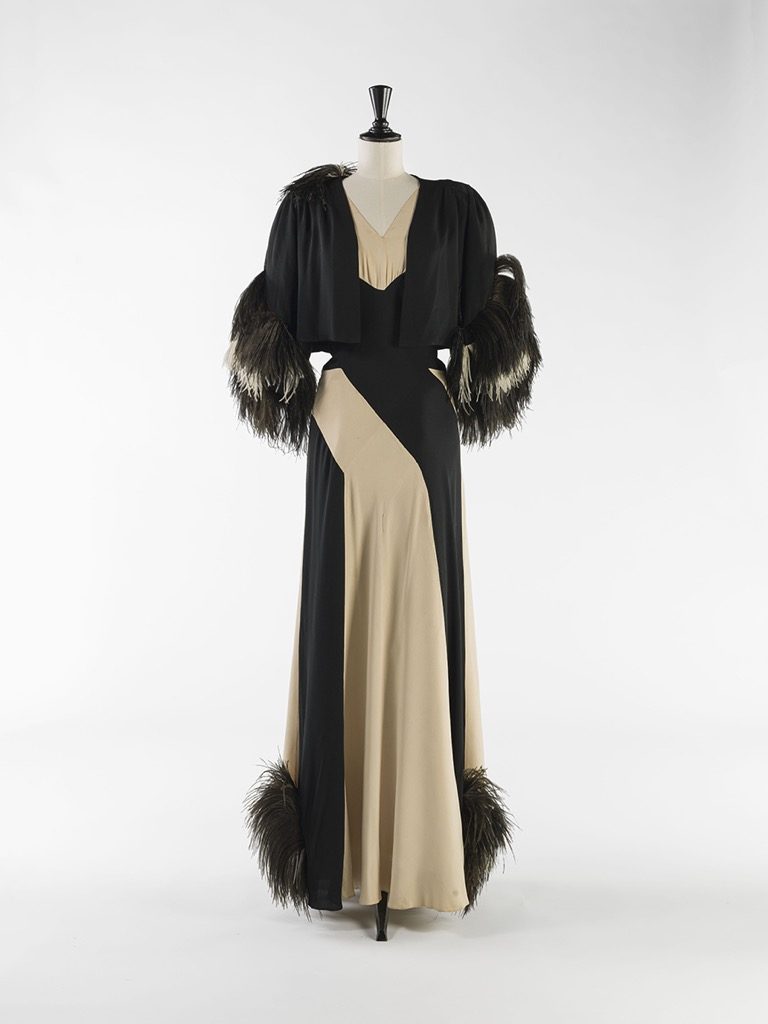 Worth, Babiani, Lanvin and Nina Ricci, were among the many designers that Elisabeth Greffulhe created her dresses with  and one of the curious items was a white hat ordered when she was 84,  in the middle of the war in 1944, which was made of satin and cellophane! She was one of the inspirers for Duchesse de Guermantes in Proust’s “Remembrance of things past” but she was  mostly a grand lady who lived through three wars and set the cultural and artistic trends of her time. (Until January 7 at FIT museum)