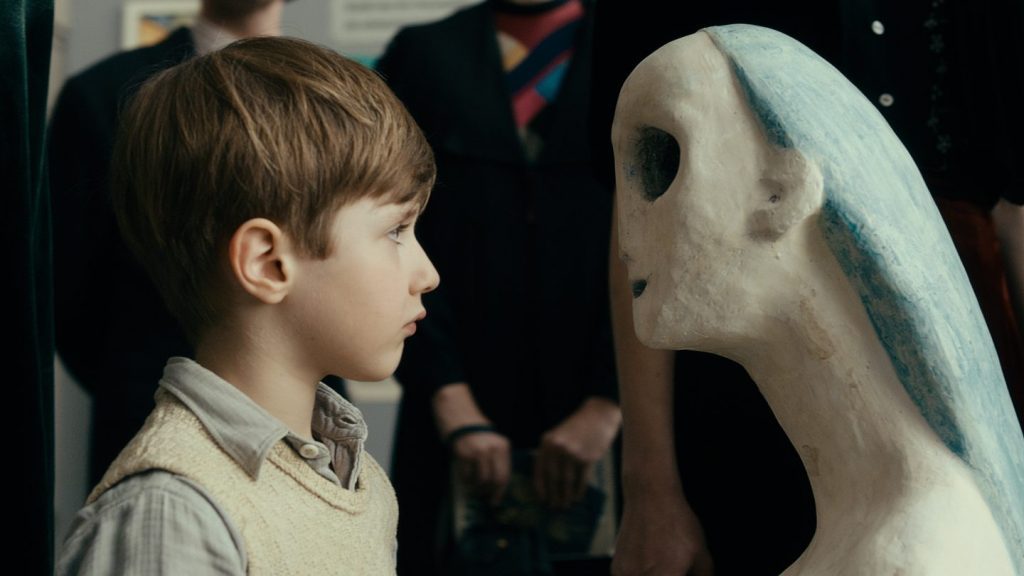 Since I read Dana Goodyear’s fabulous article on Gerhard Richter and Florian Henckel von Donnersmarck’s relationship in the New Yorker last January, I have been dying to see the film “Never Look Away”. It only came out in Paris this week under the title “L’Oeuvre sans auteur“, a straight translation from its German title “Werk ohne autor”. The three hours and ten minutes in two episodes went by like a flash. It is, like the director’s previous film, “Life of others” a superior storytelling. 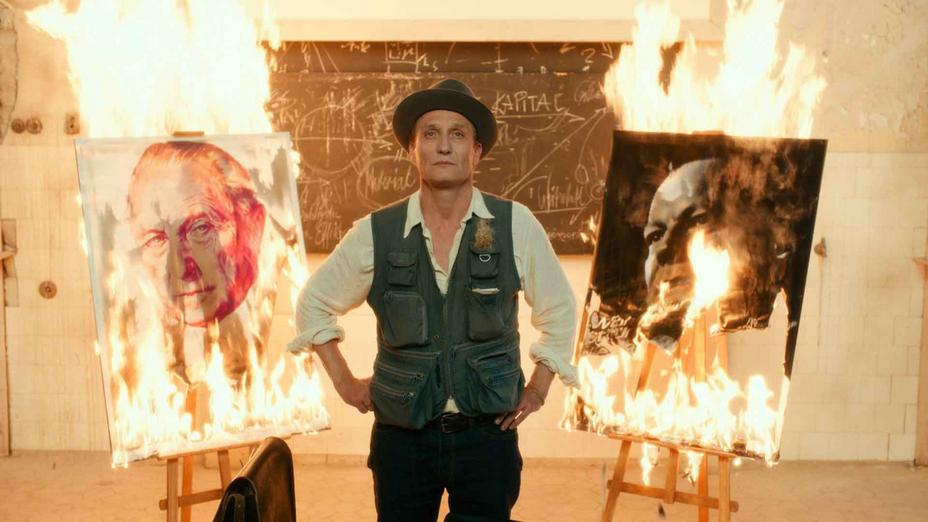 A Joseph Beuys type artist who teaches in Düsseldorf

Nominated to the Golden Globe and the Oscars as Best film in a foreign language, the film results from hours of conversations between the famous painter and the director. It is not a biopic and Richter rejects the film, but it is based on all the amazing discoveries, Florian Henckel von Donnersmarck made while researching the artist’s life for three years. I learned so much from it, the disastrous situation that Germans who were not Nazis had to live through, the extraordinarily difficult times that came after the war in East Germany. The first episode, before the couple leaves for West Berlin, is gripping with Professor Carl Seeband dominating the action.

Professor Carl Seeband is played by the extraordinary Sebastian Koch

“Never look away” is the recommendation which his young and beautiful aunt Elisabeth (played by Saskia Rosendahl) gave the young Kurt Barnert when she took him to see the Degenerate art exhibition in Dresden. She was an original and a dreamer and when she started knocking her head and playing the piano naked, her parents sent her to see a psychiatrist. This was the end of her short life. She was taken away by the nazi system which praised eugenicism, and sent to an extermination camp. The little boy never recovered from this event.

Young Kurt (Cai Cohrs) with his aunt Elizabeth May, played by Saskia Rosendahl

His father who used to be a school teacher and always refused to join the Nazi party, was forced to do so by his wife. As a result, he could never find a job when the war was over. He committed suicide.

The director, Florian Henckel von Donnersmarck with the actors on the set in East Berlin

The slow ascension of the young artist in East Germany first and in Düsseldorf next, after his defection in 1961 with his wife Ema, is fascinating and the three hour movie goes by like a good novel.  All the decors seem perfect as do the actors who portray the Barnert family and the Seebands.

Does one have to be utterly miserable as a child to become a good artist I wonder? Here, the artist feeds his excellent paintings with old photos and souvenirs. The film is poignant and Tom Schilling (who was born in East Berlin in 1982), is both handsome and convincing. The acting of Paula Beer and Saskia Rosendahl, both very beautiful, is perfect.

I cannot entice you enough to go and see the movie, wherever you are on vacation! Otherwise read the book published by Edition Saint Simon in French.