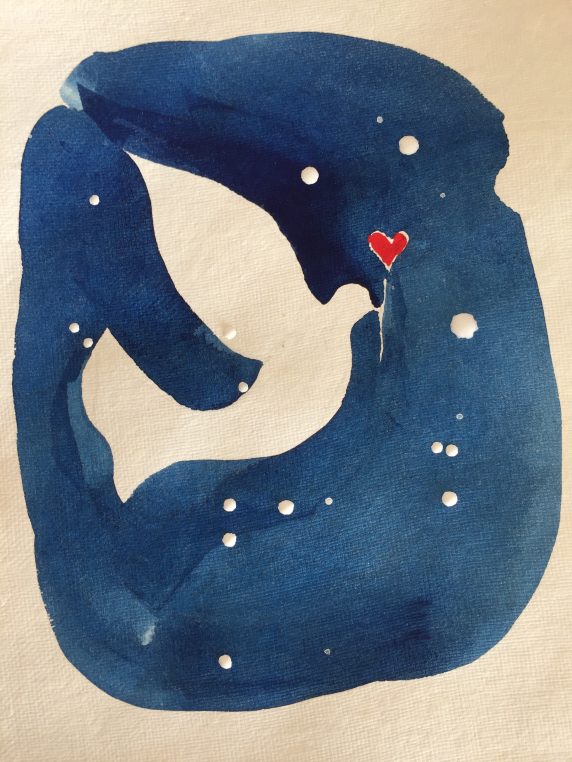 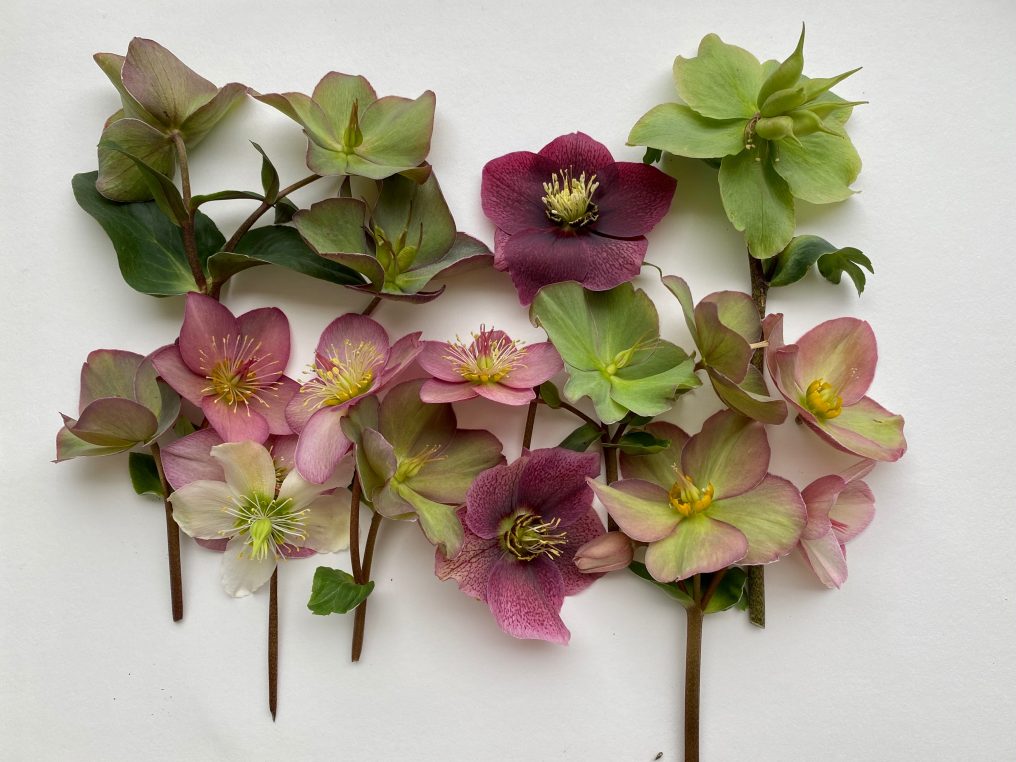 A “tableau” of hellebores by Marie Noël de Gary

This year Valentine is on a Sunday but you can spend the whole week celebrating. It’s the time to be inventive and to create your own beauty with little details of your life. Not everyone is as talented as Marie Noël de Gary who always seems to manage beautiful “tableaux” with the few flowers or accessories she keeps at home. Nor as good an artist as Danish painter Lin Utzon who sent in the mail this dove carrying a heart from Majorca. To celebrate love and beauty, I suggest you take a walk across the Tuileries and end up on quai Voltaire, where Patrick Hourcade exhibits the 32 photographs of  “Versailles Nuit” he shot at night at Versailles in the former Alain Demachy gallery,  now called Gradiva.

You can rendez vous at Galignani’s where all the catalogs of the exhibitions, which have not opened yet, can be seen (it has become de facto THE meeting place in Paris) and cross the ghostly rue de Rivoli (no more cars) into the Tuileries garden. There stands a large collection of sculptures, including “The tree of vowels” by Giuseppe Penone, so it is in fact a large museum in the open. A friend of mine who used to be the cultural adviser at the Elysée under Mitterrand, told me that the President liked taking a walk after lunch in the Tuileries. He would summon her and ask her to detail the sculptors’s names… As they are mostly unknown, it was a cruel thing to do… 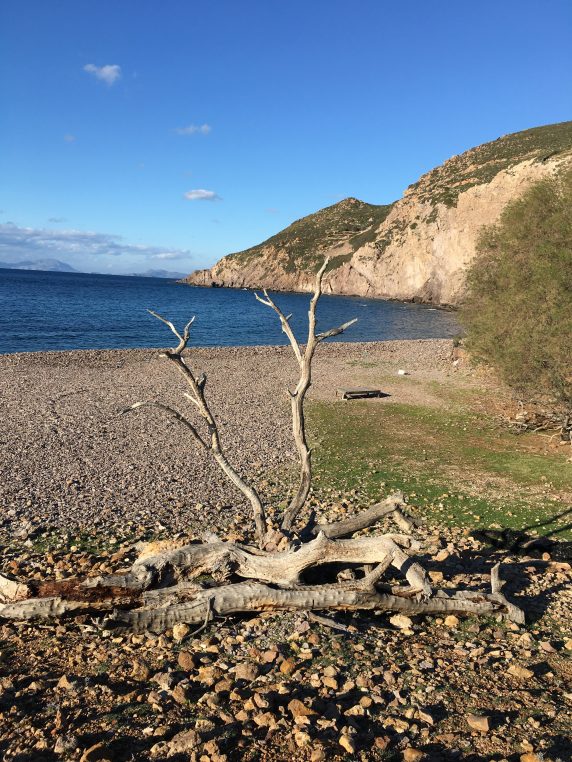 A beach in winter in Patmos

From there we crossed over the bridge of the Carrousel and watched the Seine overflow with not one boat on it. The light was magical with dark grey skies and the sun shining… We all need light in winter and this photograph of an empty beach in Patmos sent from a reader in Greece, gave me courage for the day! 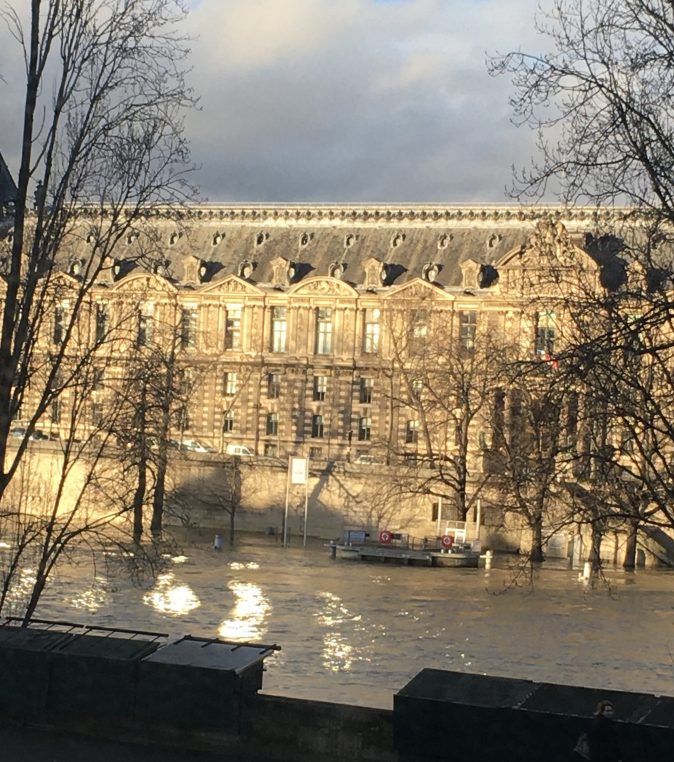 At 11 quai Voltaire, Galerie Gradiva  is showing Patrick Hourcade’s series of 32 pictures shot at night and in the dark at Versailles. Over three years, he managed to get the authorization of wandering around the castle, the park and the Trianon, with Marc Faucheux, the man in charge who had all the keys. The difficulty was to have all lights out everywhere so that his camera could grab whatever the moon was providing. The Galerie des Glaces at night, the chapel, the Théâtre de la Reine are the topic of very poetic images printed by Studio Franck Bordas on a thick paper and framed on dibon, a metallic material which stretches the photos. A book will soon be published by Flammarion and  an evening in the Galerie des Glaces with no lights will be organized in the future for sponsors of Versailles. 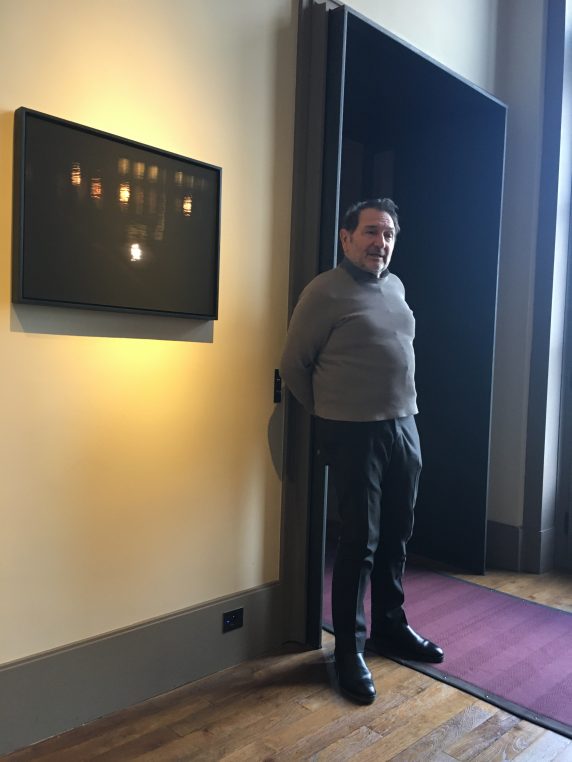 The captions for the pictures are particularly amusing and it is well worth visiting this beautiful space with such intriguing photographs. Patrick Hourcade, an art historian by training, used to work at Vogue for many years with the greatest photographers including Guy Bourdin, and he helped Karl Lagerfeld create his art collections. He will publish a scrapbook on Karl in April with Flammarion. 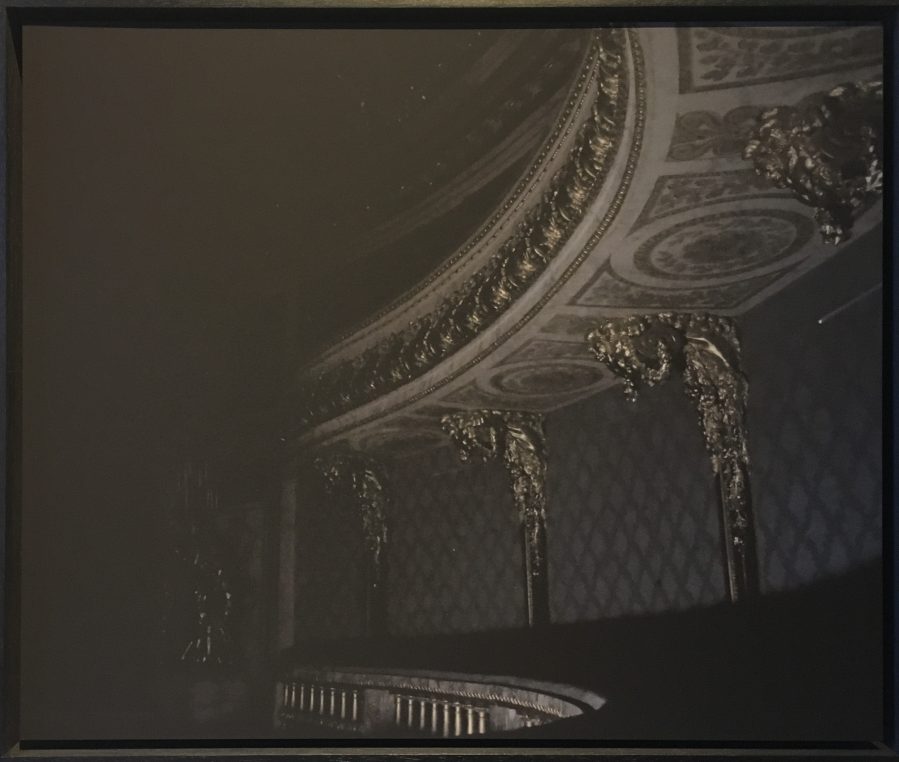 Some of my friends tour the churches of Paris to discover all the fabulous paintings that we never look at (Saint Germain des Prés has just been restored). If it doesn’t rain, I encourage you to tour gardens like the Tuileries, the Luxembourg or even Musée Rodin, which used to have special evenings for Valentine every year. The gardens are open and teh sculptures well worth looking at again. . It is a new way to visit museums…which should reopen soon given the number of lobbying campaigns which are being led in France. Let’s cross our fingers. Galerie Gradiva, 9 quai Voltaire.