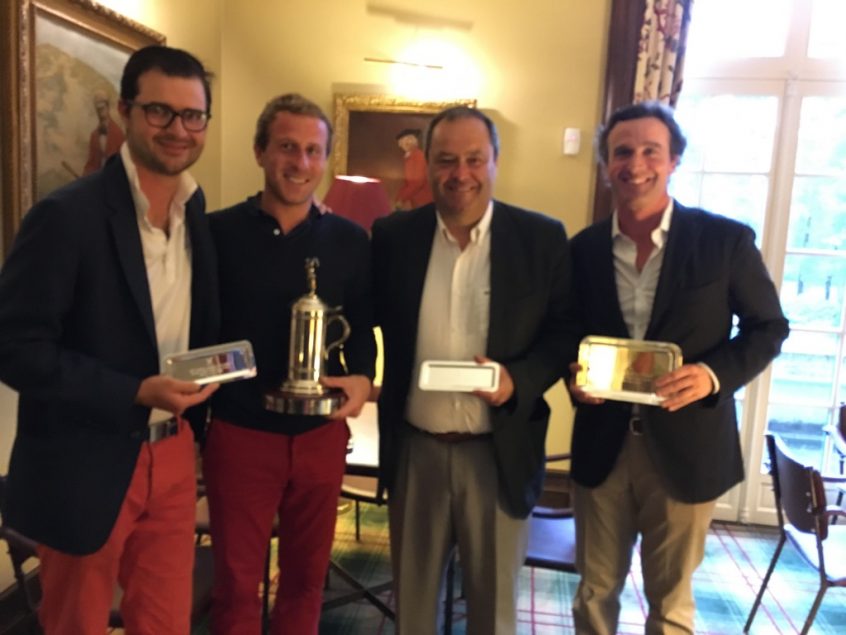 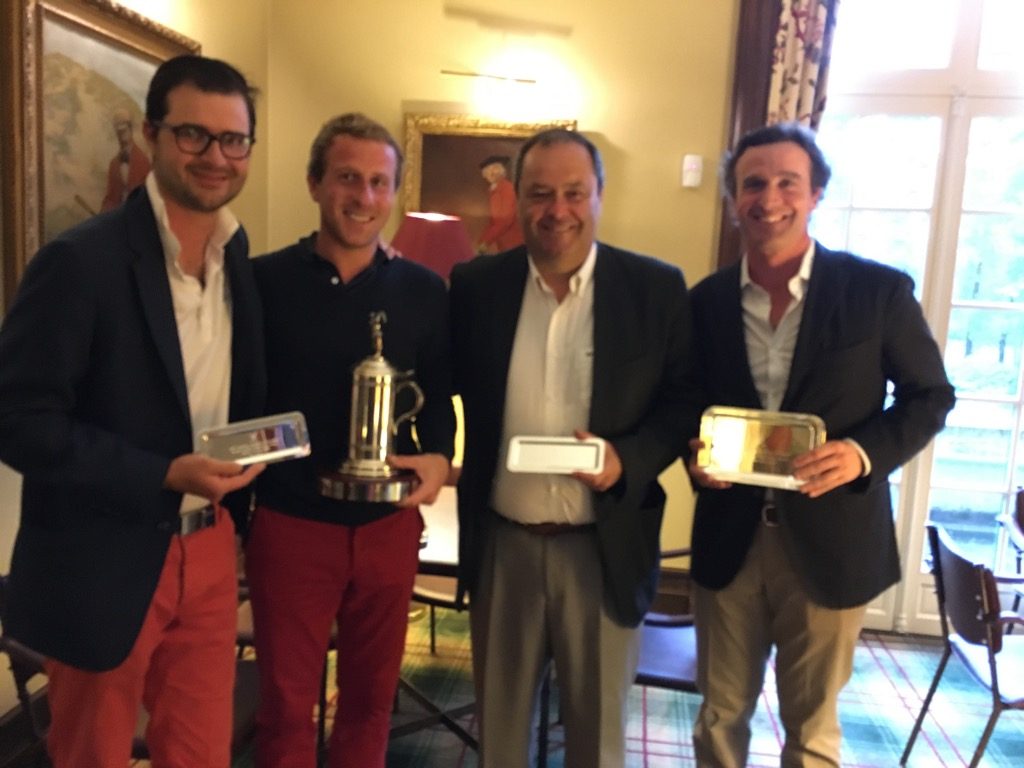 It was an extraordinary final game at Morfontaine golf club, for Vincent and Francois Illouz and Clément Lemaire and Antoine Delon who played 36 holes under pouring rain and during ten hours, last Sunday, for the French amateur Four ball match play competition, Trophée Armand de Gramont. 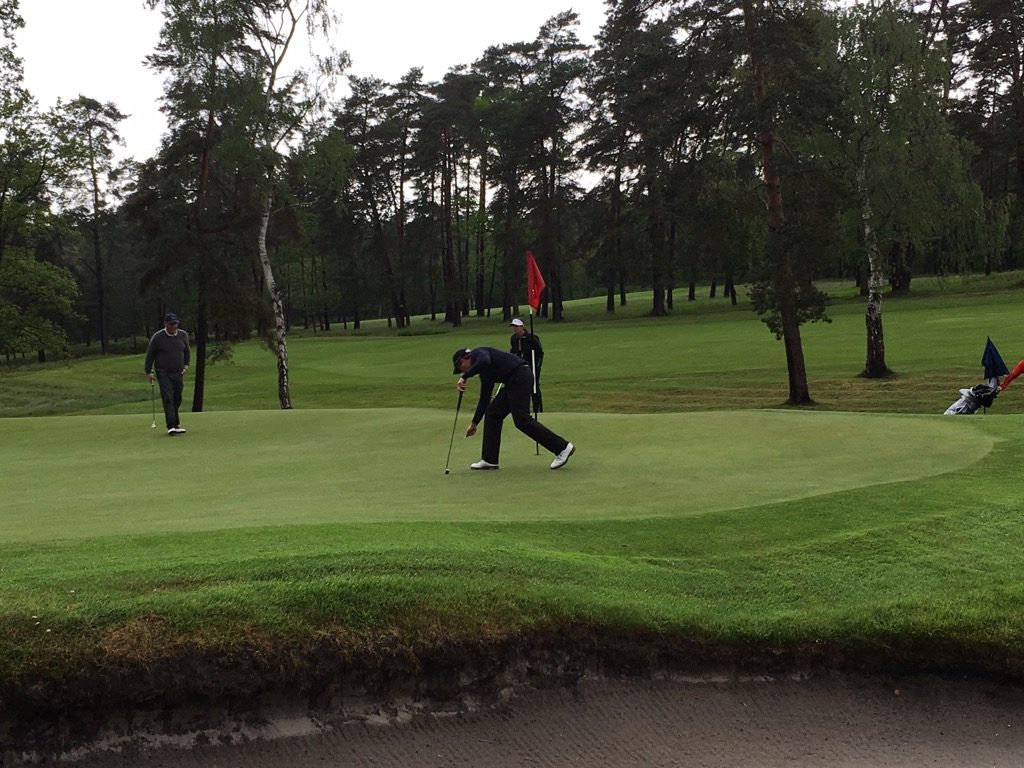 The final put on the 17 th did not go in for birdie! Tom Simpson was watching.

The winners, Lemaire and Delon, came from the neighboring course of Chantilly. They had played the 27 holes eliminations in 101 (69 and 32) and could not be stopped in their race for the cup. After holing a chip on the 8th and a long put on the 9 th, Antoine Delon gave a twist to the game, that even the hot chocolate served at 5 pm could not change. Amazing shots were played by all four champions and François Illouz’ final put on the 17 th just did not go in for birdie. Such is golf but the show was fabulous.