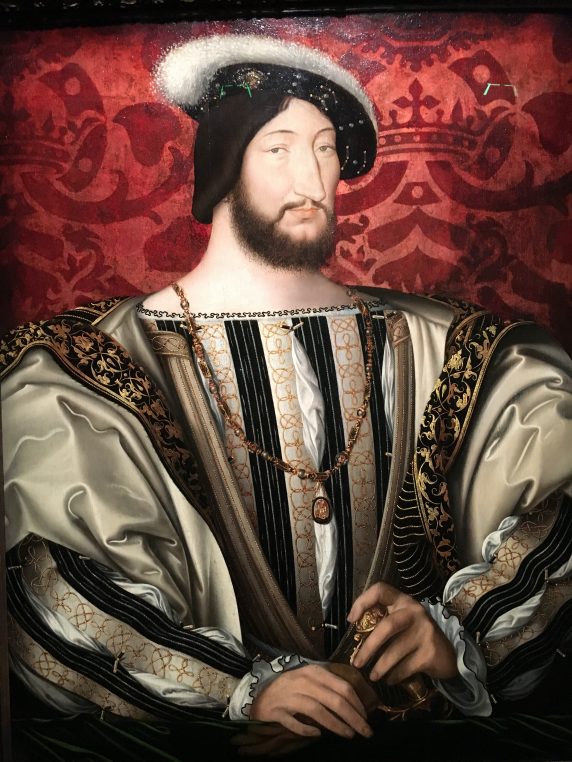 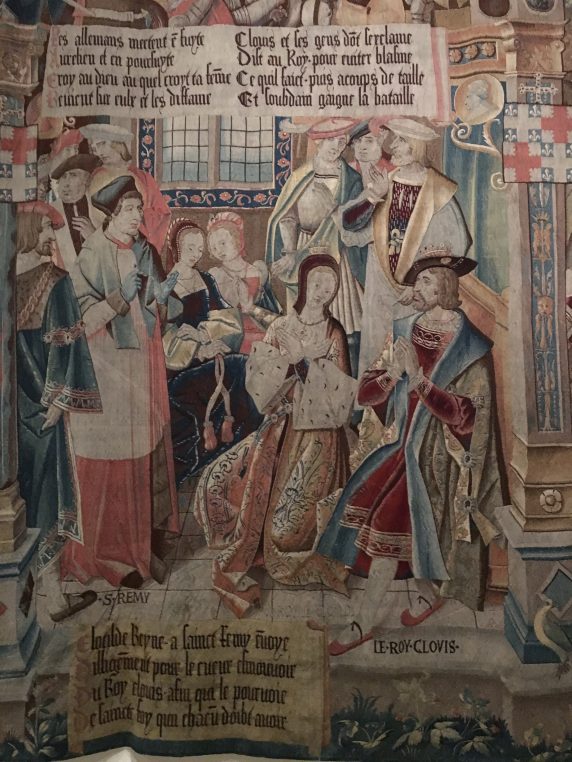 French Renaissance King, François Premier, is well known for having brought Leonardo da Vinci to to his court in Amboise and the most magnificent Italian painters such as Francesco Primaticcio or Rosso Fiorentino to Fontainebleau. It is less well known that he also attracted painters from the north, Jean Clouet from Valenciennes, Noël Bellemare from Antwerp and Corneille from the Hague. 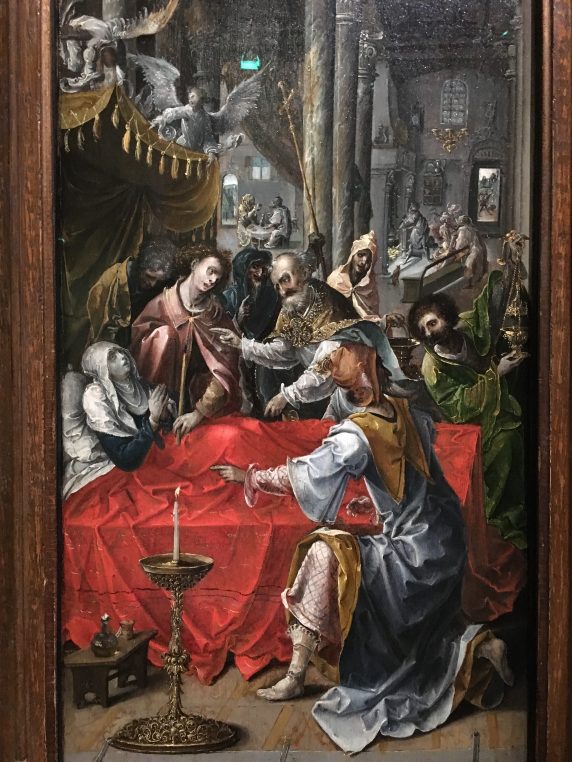 Flanders artists had a strong influence on French stained glass and tapestries in the North of Paris but also in Burgundy. While Dürer, Erasmus and Holbein were all living in Antwerp at the beginning of the 16 th century, the Antwerp mannerism developped and influenced French artists such as Le Maître d’Amiens and Godefroy le Batave in Touraine. The audacity and originality of these artists is mesmerizing still today.

In Amiens, the town where President Emmanuel Macron was born, a series of « Puys », paintings offered every year by the community of Puy Notre Dame, celebrate the Virgin Mary. The details of children and adults dressed in furs and silks are fascinating and lively. Oak sculptures found in Beauvais cathedral and representing the seven virtues, are the treasures left by Scipion Hardouin and Adam Cacheleu. They are polychromic and so realistic, and date from 1531. 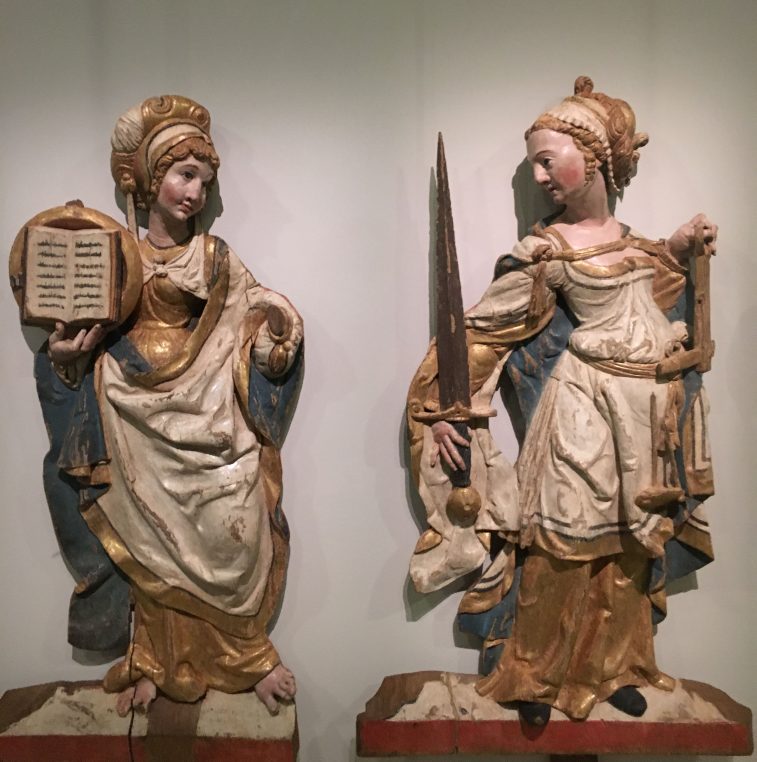 But the most fascinating artist of the show is definitely Jean Clouet, born in Valenciennes, which is now in the North of France but was Dutch at the time. You might know his work if you have visited Château de Chantilly where Duc d’Aumal bought many of his drawings, miniatures and paintings. Here the portraits come from the Louvre, St Louis, New Haven, London, Bergamo…, and they are absolutely stupendous.

Just like the paintings by Joos van Cleve which are numerous, the large tapestries made after Jérome Bosch’s paintings are stunning. 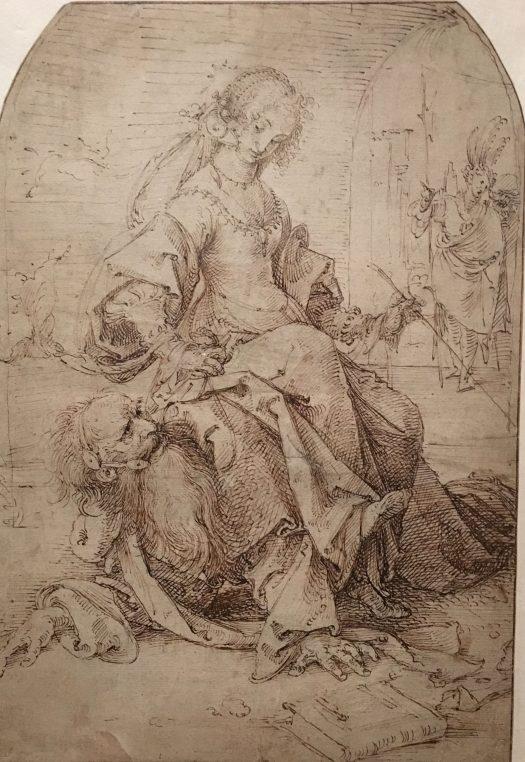 The road from the Flat countries to Champagne and Bourgogne was very active and it eventually led to Italy. The influence of Flemish sculpture in Burgundy churches is well represented here as is painter Grégoire Guérard whose triptych for the cathedral of Autun is remarkable. Many paintings have been recently attributed to this Dutch painter who worked in Troyes in 1512 and again in 1530. 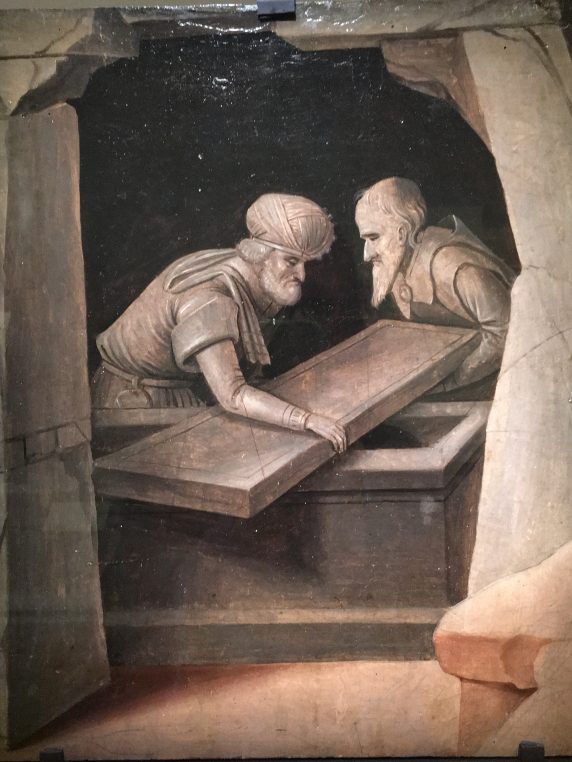 One has to imagine all these artists who travelled to Rome and came back up North. There was an intense traffic of art between the different empires and kingdoms, the Flanders, Savoia and France. Another example is the Maître de Dinteville, who came from Haarlem and worked in Auxerre and Troyes. He was called Bartholomeus Pons and was a friend of Guérard. He almost worked exclusively for the familly of Dinteville thus his nickname. 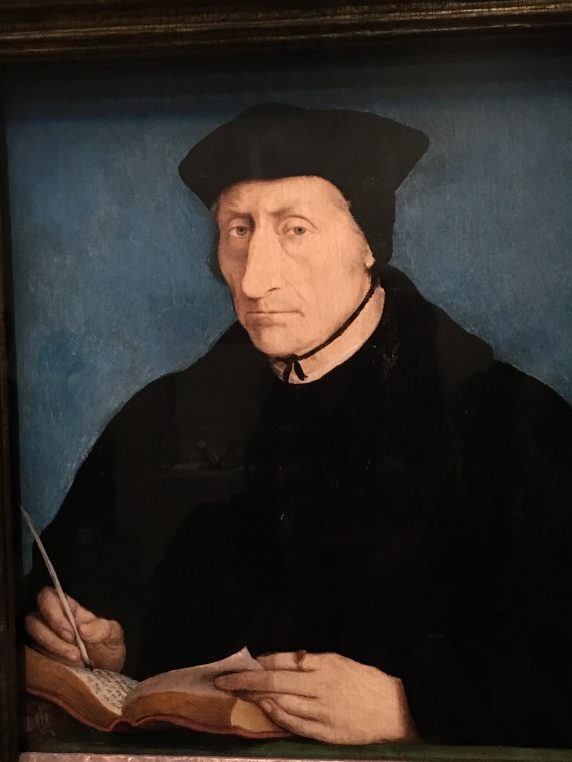 The exhibition is very lively, with colors that are so vibrant in each painting or tapestry that one is surprised. It is very large and curated by Cécile Scailliérez, curator of paintings at the Louvre. This is probably the most impressive exhibition in Paris at the moment for the variety of objects and the number of discoveries made for the show. Do not miss it. 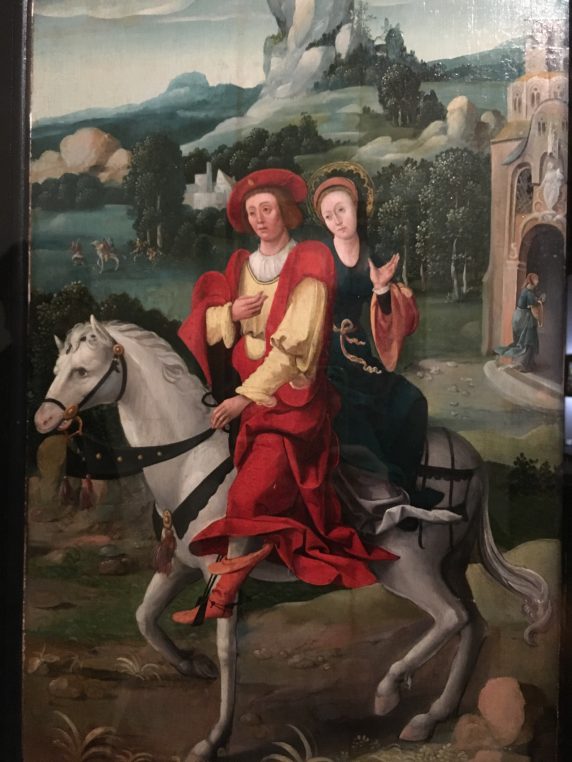 Anonymous from the Flanders, ca 1530, Legend of the Lord who sold his wife to the devil