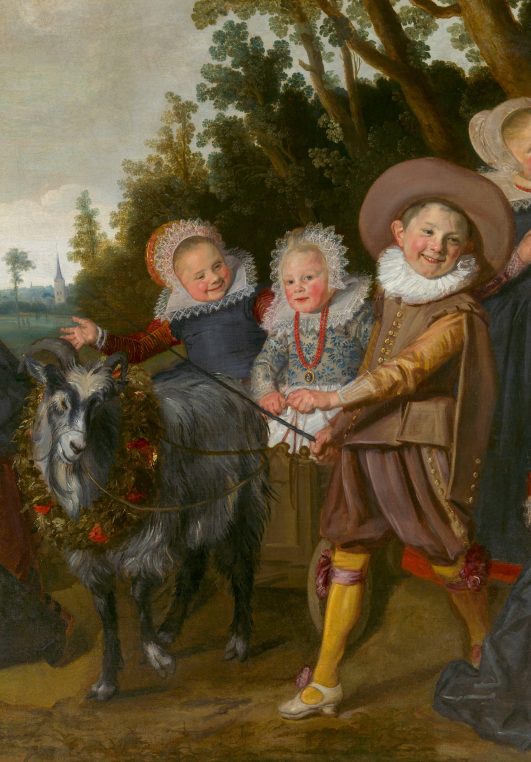 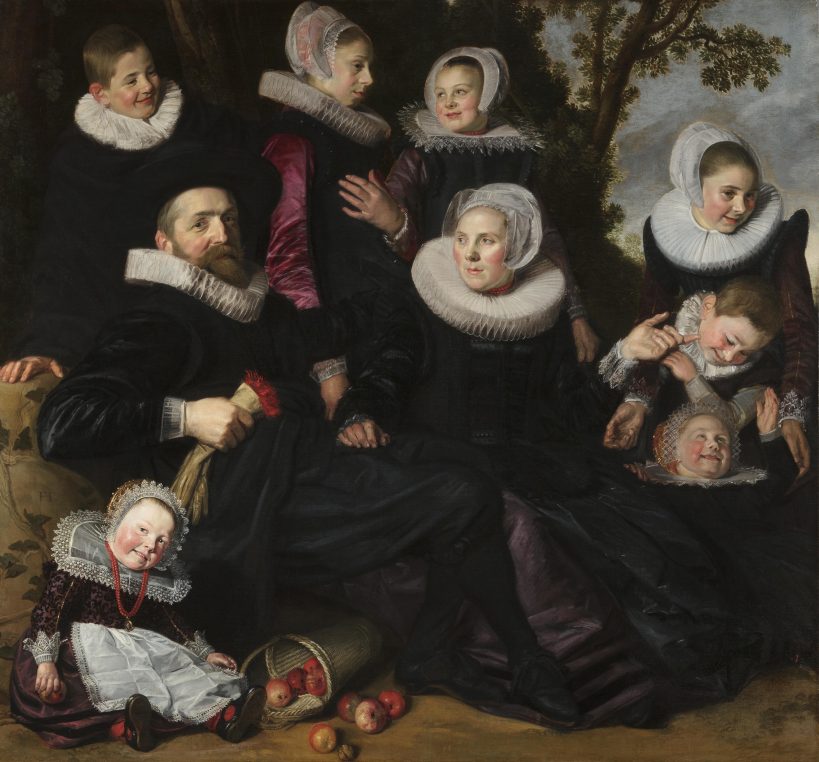 It is once again an extraordinary exhibit which takes place at Fondation Custodia, rue de Lille. The house has a soul thanks to its director Ger Luijten, who welcomes you as if you were his private guest. And the themes of exhibitions are always completely original. This time, he welcomes a show of “Frans Hals family portraits“, which was initiated at the Toledo Museum of Art Ohio, and also shown in Brussels at Musées Royaux des Beaux Arts. For the first time, the three pieces of the puzzle of “The Family Van Campen in a landscape” a 3,80 m long family portrait, are reunited with the hanging of the paintings side by side. It is an art history “coup” but also a fascinating story about the greatest Dutch portrait painter with Rembrandt. And the intimacy of the premises makes it particularly unique. 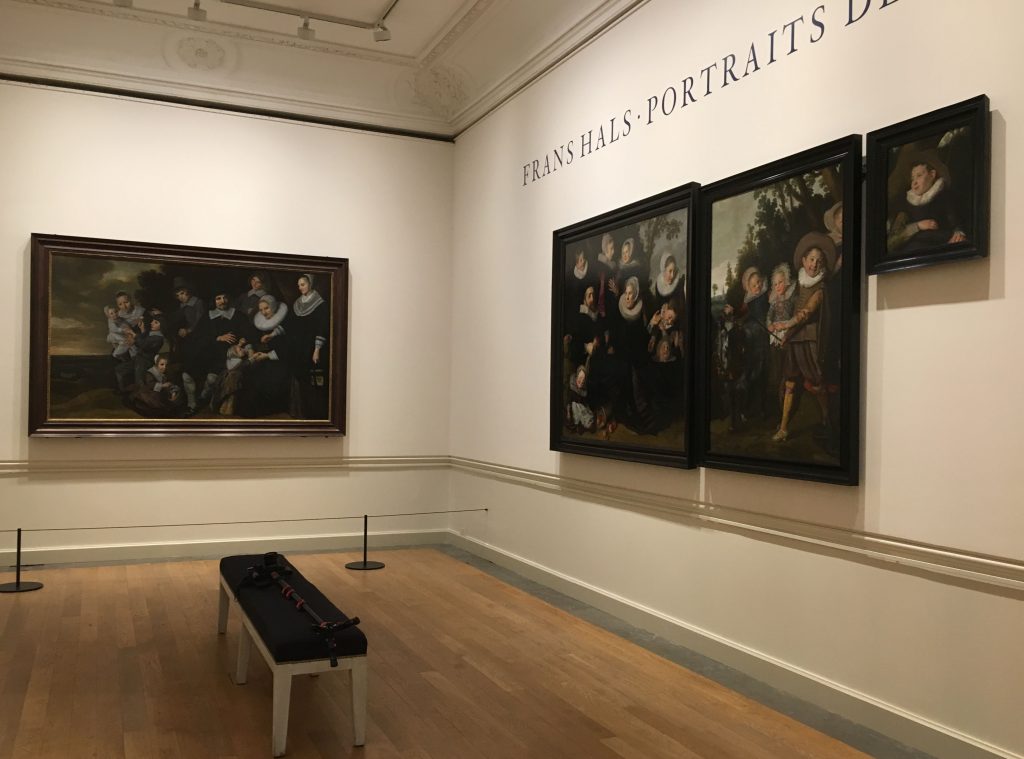 A general view of the exhibition at Fondation Custodia

It is thought that Gijsbert Claesz. van Campen, (1545-1645), a cloth merchant from Haarlem, the Netherlands,  and his wife Maria Jorisdr., ordered this family portrait for their 20 th wedding anniversary. They feature with their children and relatives in a 16 figures painting.  It was cut in three pieces at the beginning of the 19 th century and, thanks to intensive research and restorations, reassembled today in Paris for three months.  Hals himself had fourteen children from two marriages and four of them became court painters. this is probably why he is so good ad rendering their joy and happiness. 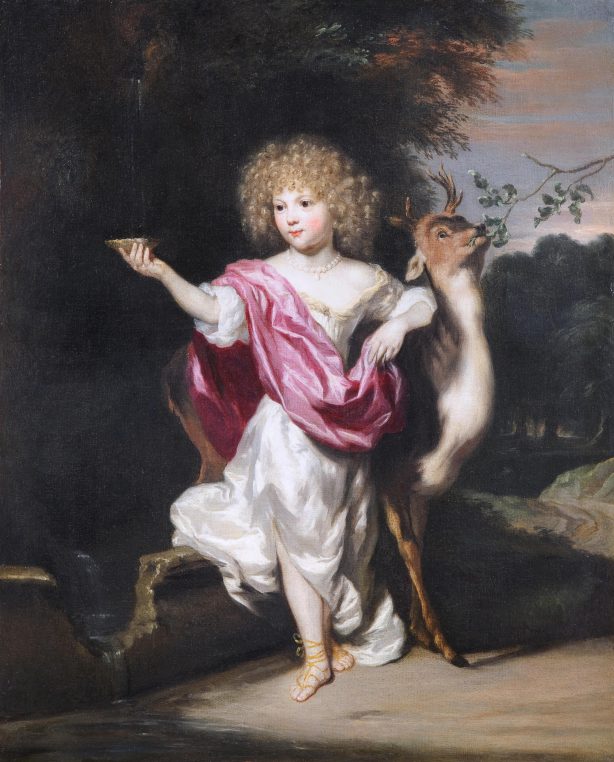 Nicolaes Maes, portrait of a young girl with a roe, ca 1680, Fondation Custodia

Three more family groups by Hals have come from Museo Nacional Thyssen-Bornemisza, the National Gallery London and the Cincinnati Art Museum. In all of these masterpieces, what strikes most the eye is the vivacity and joy of the protagonists. The expressiveness of affection and love between husbands and wives. There is a feeling when you enter the first rooms of the exhibition, that Frans Hals’ characters actually look at you and not the reverse, so vivid are their eyes and smile. The exuberance of Dutch lifestyle can be felt throughout. 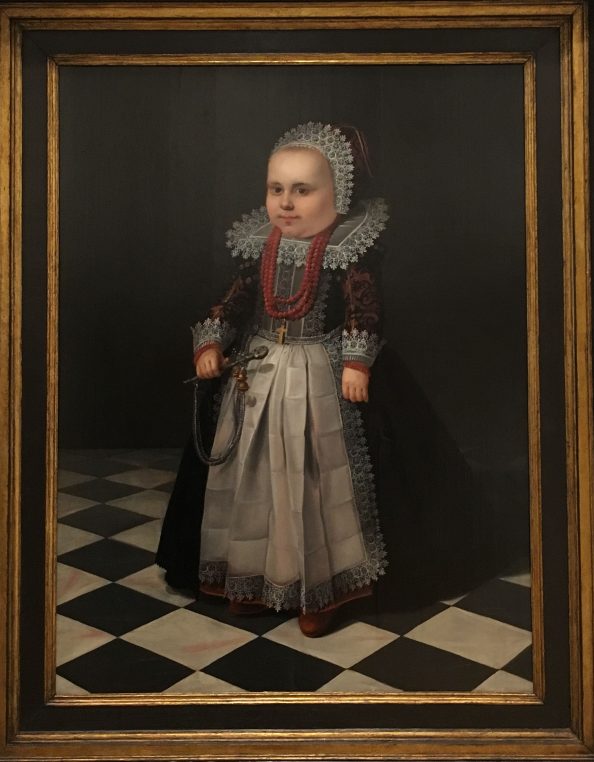 Hals has left 220 paintings that we know of, individual portraits or pairs and couples. But also group portraits of guilds. To complement this show, a series of drawings and paintings of XVII th century children hang in the different rooms of Hotel de Lévis Mirepoix. Their period frames, which the director makes a point of collecting and restoring, are especially striking and I was fascinated by a six month old baby painted standing and dressed like a five year old! 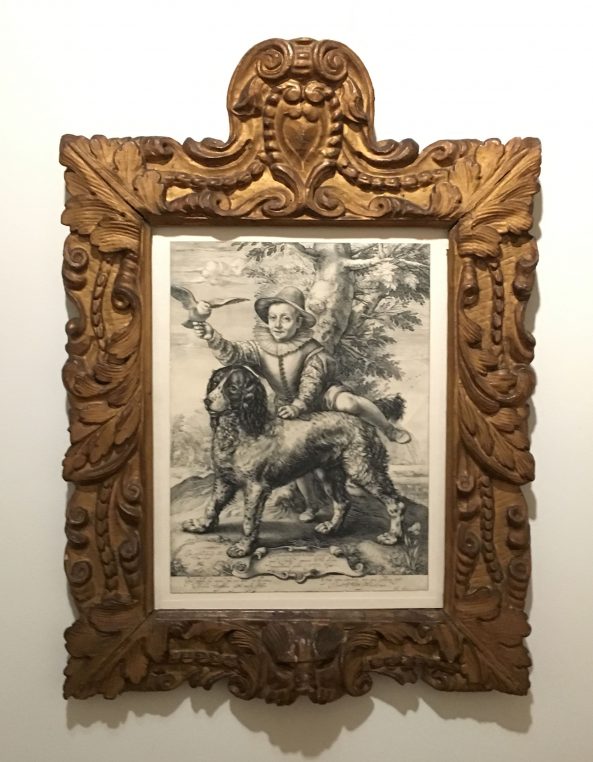 A couple, painter Jan van de Cappelle and his wife, painted by Jan van Noordt have been reunited through a new attribution after restoration.  Again there the frames are exceptional!

A number of drawings in the following rooms are superb like Casper Casteleyn’s “Young man with a béret”, and the “Portrait of Frederik de Vries” by Hendrick Goltzius. Two drawings by Rembrandt, one by David Bailly, another by Cornelis de Vos complete this extraordinary sample of 17 th century art from the Custodia collection. All pieces have been restored and often reframed in period frames.

This fairly small show is extraordinary at every level and Fondation Custodia, hidden near the Assemblée Nationale is a treasure that you have to discover if you have never been. 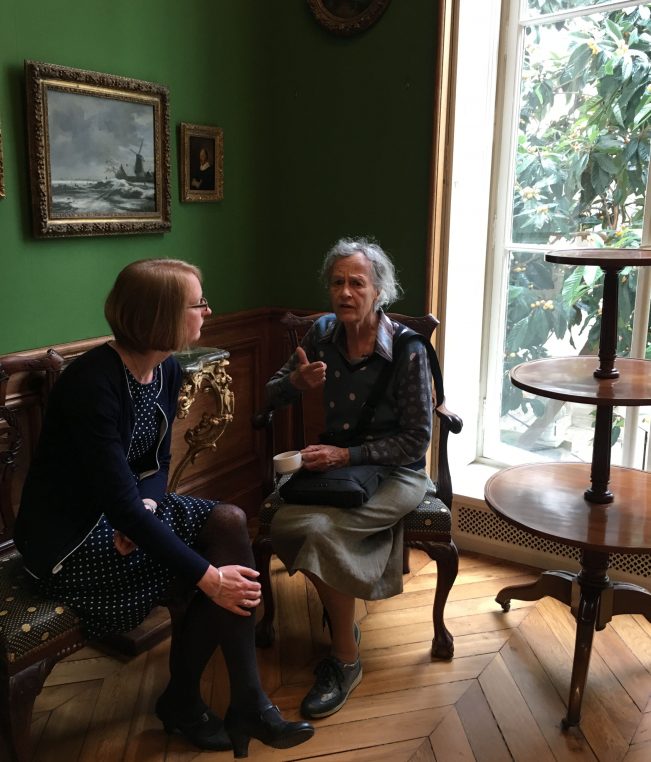 Marian Plug in the drawing room of Fondation Custodia

And downstairs, a contemporary art show of watercolorist and painter Marian Plug is a great soothing experience. The artist, who was born in 1937, had already exhibited at the Foundation (then Institut Néerlandais) in May 1977! The strength of her large oil paintings and the subtlety of her watercolors is completely overwhelming and I enjoyed meeting her with her daughter Mérédith who teaches philosophy in Dublin. 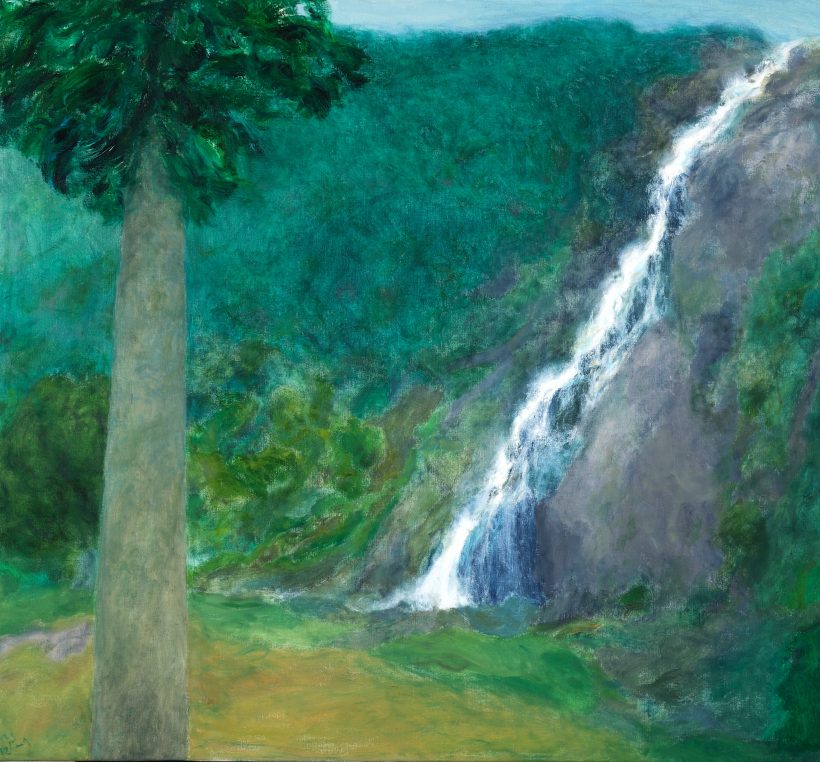 Marian Plug had a very diverse career where she developed serigraphy and watercolor, oil paintings of landscapes and intimate drawings of her numerous  travels. Since 1963, and her “Almunecar”, the strength of her art is obvious in her prints as well as in her large oils. 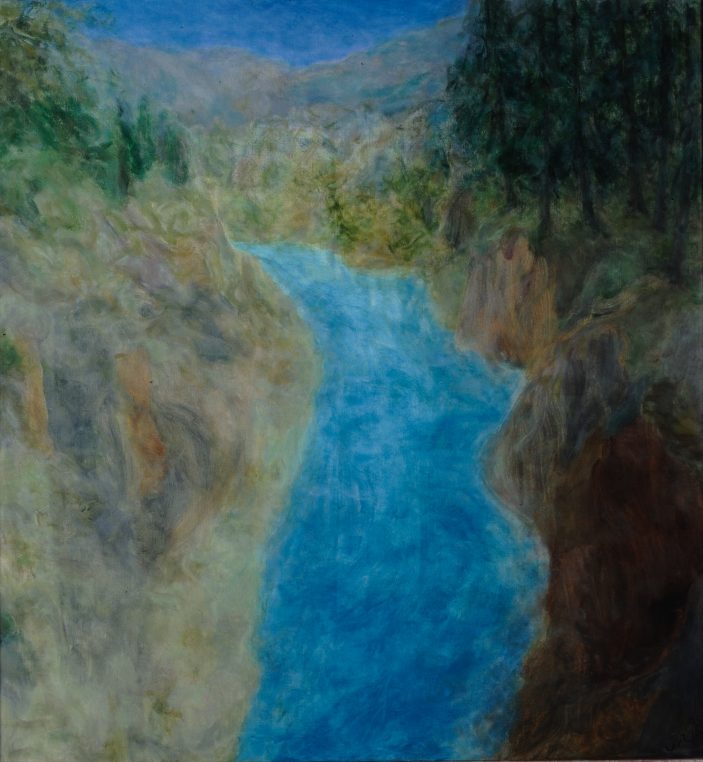 Two catalogs are available of Frans Hals and Marian Plug. The exhibitions are on until August 25, at Fondation Custodia, 121 rue de Lille, Paris, from 12 pm to 6 pm.

And in the Fall, Dutch Impressionist Willem Bastiaan Tholen will be exhibited from 21 September with works on paper by Swiss artist Gérard de Palézieux.