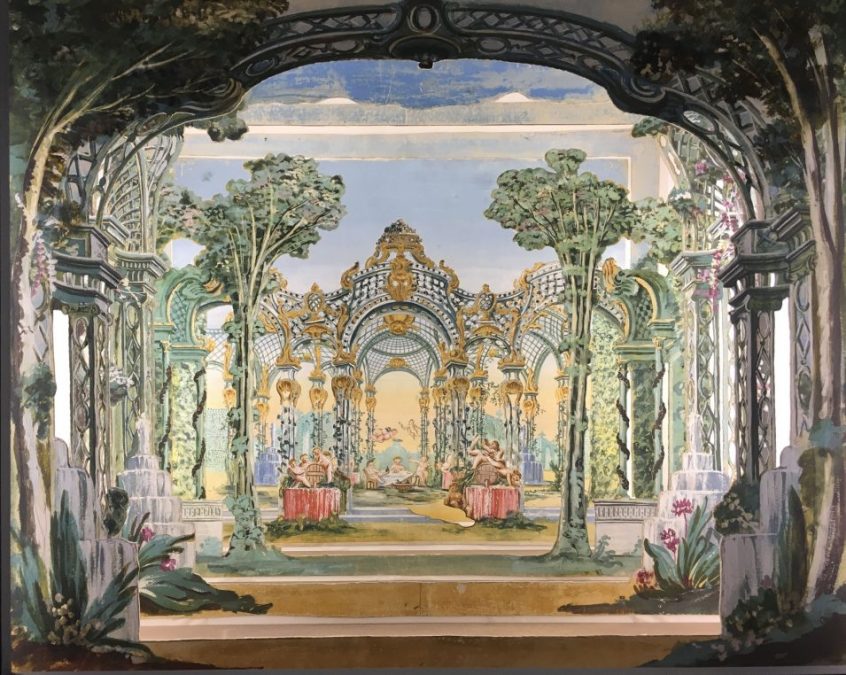 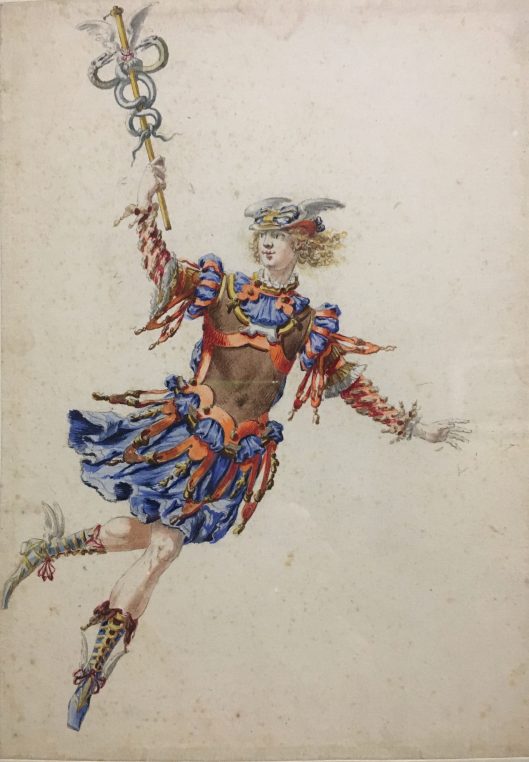 It is exceptionally a drawing and painting exhibition, “Un air d’Italie” that attracted me to Palais Garnier, where the Paris Opera is celebrating its 350 anniversary. Devoted to works and singers from 1669 to 1791, it reminds us of the importance of Lully, Rameau, Gluck… for the kings of France. The scenography, which mixes superb drawings and arias you can listen to, reminded me in a modest way of the exhibition at the V & A last year. Curated by the Bibliothèque Nationale de France, it includes all the manuscripts, models, musical partitions and drawings kept in its precious archives.  The only drawback is that the show is not open after five and you can’t see it during intermissions… 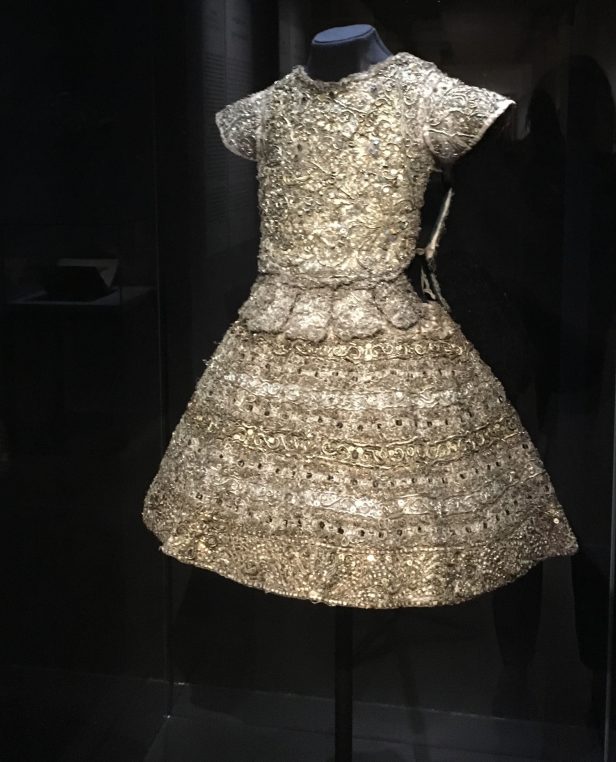 Founded and run for thirty five years by Martine Kahane, the Library of the Paris Opera is extremely rich and its treasures only rarely come out. So this is a precious exhibition where Louis XIVth’ passion for ballet and music is illustrated by watercolors and ink drawings, decors and costumes with many loans from Carnavalet. From age 12 to 31, the king danced 70 parts in 26 shows: his costume is shown here as the Sun king in the Ballet de la Nuit. Another print shows him dancing at the Palais Royal in 1551. 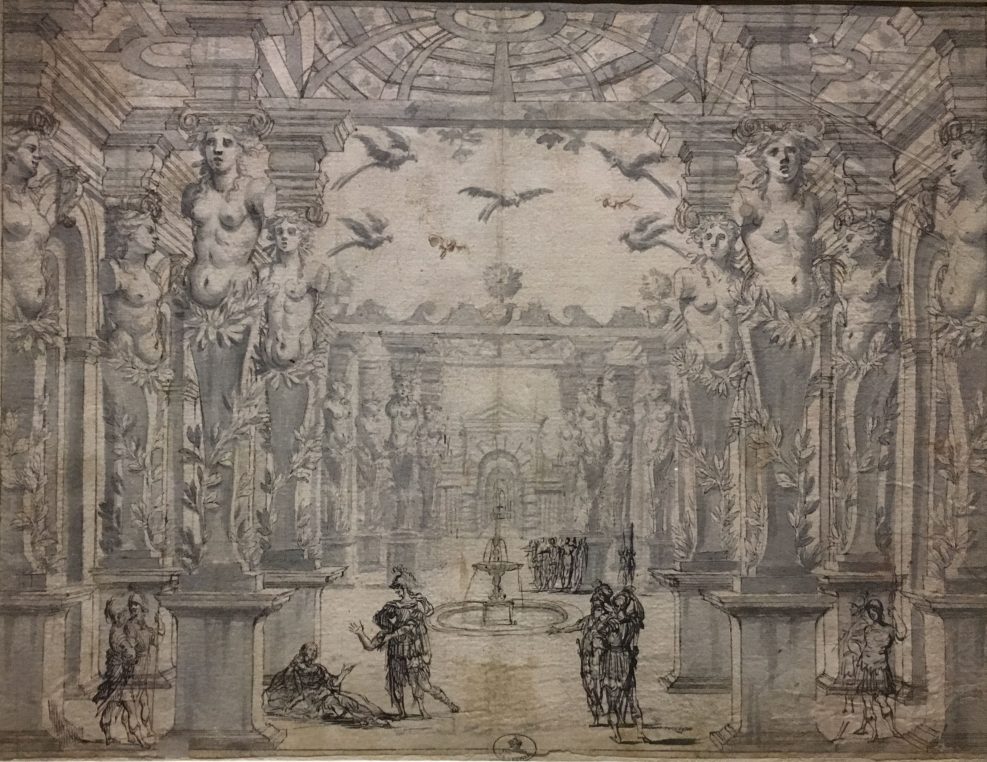 The first opera ever, “Euridice”  is thought to have been created in Florence for the marriage of Henri IV to Marie de Medicis. The new French queen, then promoted Italian opera in France but it is thanks to Cardinal Mazarin, that the first operas were played for the young King Louis XIV and that ballets were added. From 1669 to 1695, Minister Colbert and the King developed French opera with a great luxury of costumes.  Composer Pierre Perrin wrote “Pomone“. But soon the Florentine Jean-Baptise Lully took over the Académie Royale and used heroes from the antiquity in his musical tragedies. 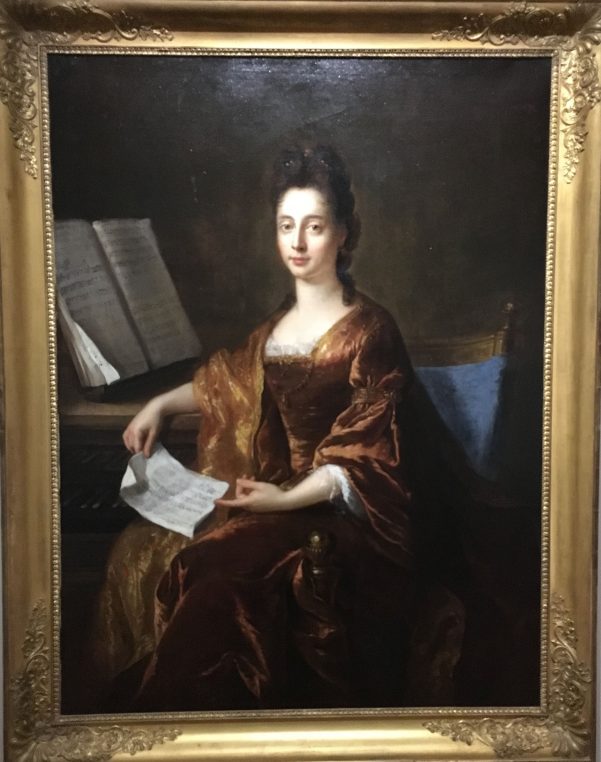 After 1695, André Campa and Guillaume Louis Pécour developed modern characters and introduced Commedia dell’Arte into opera and ballets. Again Italy had a strong influence. The French school of Gluck and Rameau fought against Rousseau and Pergolese. The controversy was Neapolitan opera versus French, in 1778.

Soon after, Salieri composed “Tarare” on a libretto by Beaumarchais and then the Revolution took place. In 1791, the first revolutionary government decided to save opera from the popular rage and established it as a National art. 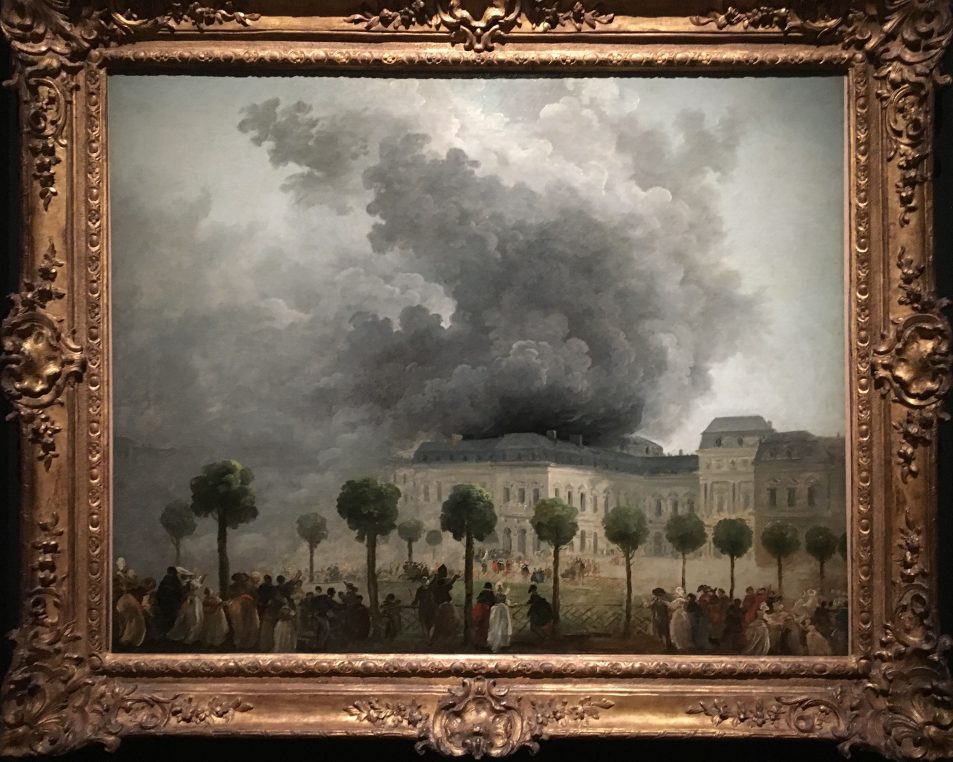 Hubert Robert, “The Opera is burning” as seen from the Palais Royal gardens, June 8, 1781, Musée Carnavalet

What comes out of this show is the excellence of all drawings. It is also fun to listen to arias from one of the ten musical outputs and to discover what true “stars” great singers were already. Marthe le Rochois, one of the greatest singers of 1678, created many parts for Lully including in Armide, but she retired at 40. Dancers Marie Thérèse Perdou de Subligny and Claude Ballon were true stars and are portrayed here by Henri II Bonnart. Decors for Atys are also excellent. The intricacies of politics and music were numerous and this is well conveyed through exceptional drawings and writings. 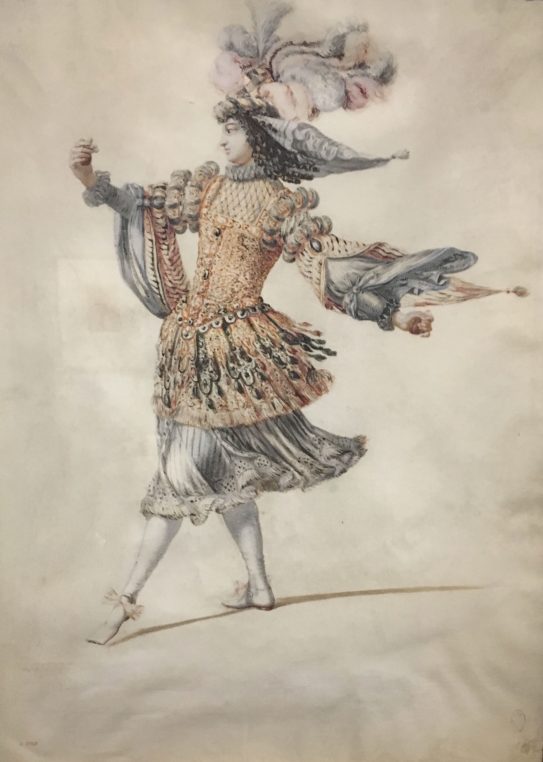 If you visit this show, you’ll walk through the empty opera house which is always fun to do. And don’t miss the library. Until September 1, Opéra Garnier.

One Comment on “French and Italian opera compete at Garnier”