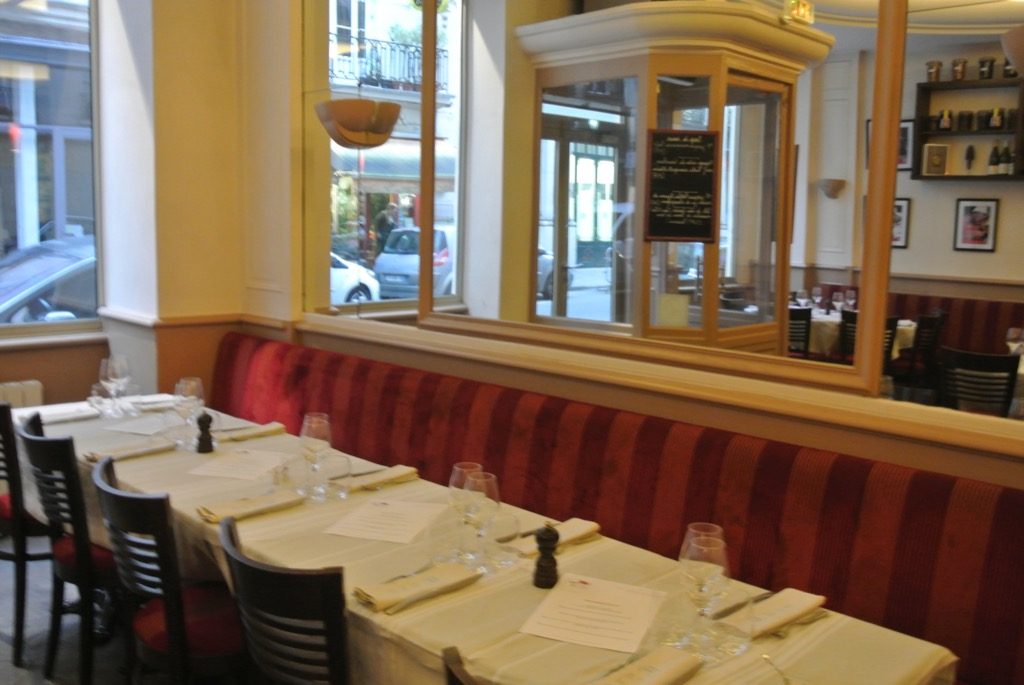 Mireille Guiliano, former CEO of Veuve Clicquot in the United States, became worldwide famous ten years ago, with her first book « French women don’t get fat » (Knopf) where she tells how she was fat at 16 and never again, even though she eats in restaurants ten times a week. 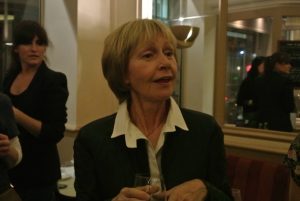 And Mireille was running the show!

Mireille was born in Lorraine but has adopted Provence, as her new home in France. As she lives in New York most of the year, she makes a special effort to see her French friends and very generously invites them all to a yearly Provençal dinner. This time, it was in Paris, at La Régalade St Honoré, a lovely bistrot where we were treated to green asparagus, scalops in their shells, a quasi of calf and mushrooms and rice pudding. 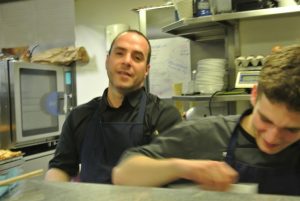 The atmosphere was jolly with thirty curious, vivacious and active guests including wonderful writer Pamela Druckerman, French journalists Annick Cojean and Catherine Hours, numerous dieticians and Mireille’s Danish yoga teacher, a former New York City ballet dancer, Saskia Beskow. I had a long conversation on Marennes Oysters with Christiane Escarmelle Pras, who runs Huîtrerie Régis in the latin quarter which is mentioned in  Mireille’s latest book « Paris oysters » (Grand Central). Where to find them and what to drink with oysters is an aspect of  this tour she devoted to oysters in the world.
The evening was full of surprises with Mirabelle Ordinaire talking about the play, where she directs 70 children and Jean Rafferty describing the beauties of the LV foundation‘s new exhibition. I went home exhausted from trying to keep up with so many bright ladies ! (La Régalade, 123 rue St Honoré, near the Louvre, 01 42 21 92 40)