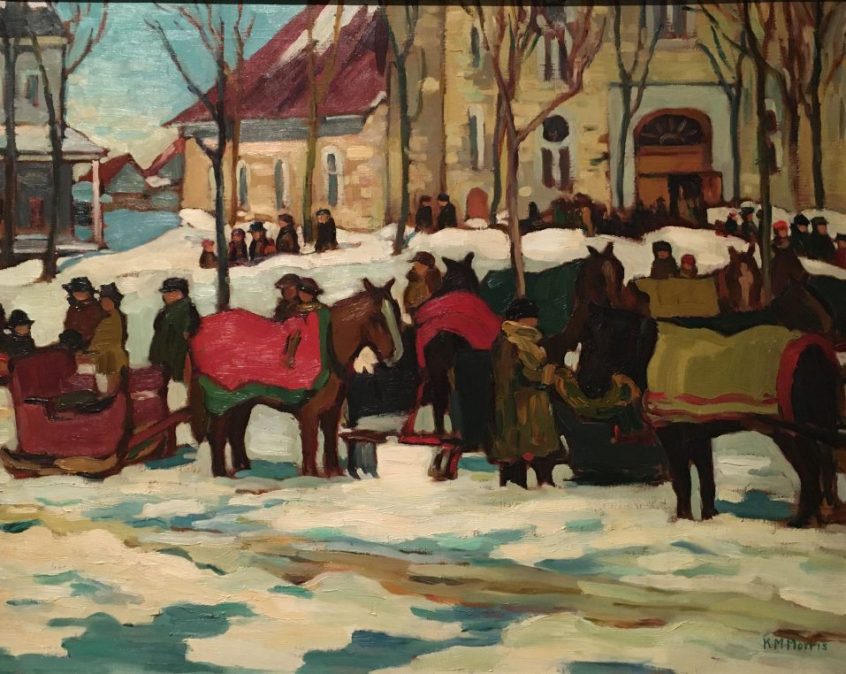 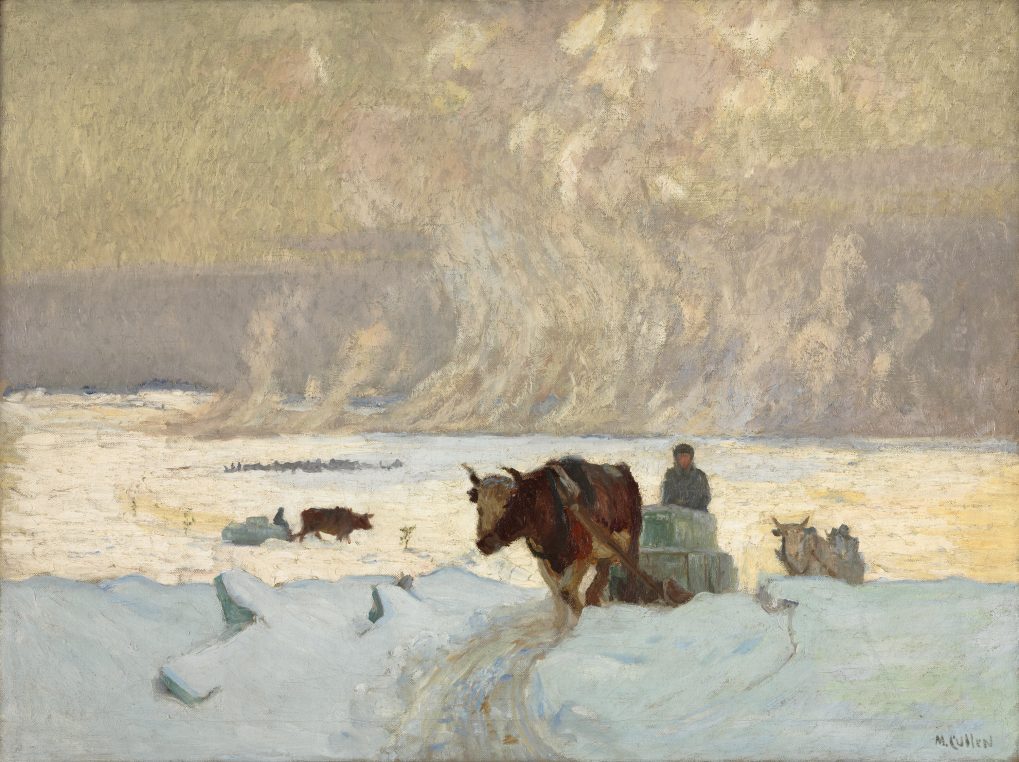 If like half of France, you are skiing in the Alps this week, and you encounter a foggy day, make sure to go and visit one of these four art exhibitions in Lausanne at Fondation de l’Hermitage and Musée de l’Elysée, at Fondation Gianadda in Martigny and at the Beyeler Foundation in Basel. Trains are fast and reliable and you can reach each town in less than an hour whether you are in Gstaad, Verbier or Zermatt! Swiss museums are exceptional and on the way you can stop in Lyon to catch the “Drapé” exhibition at Musée des Beaux Arts. 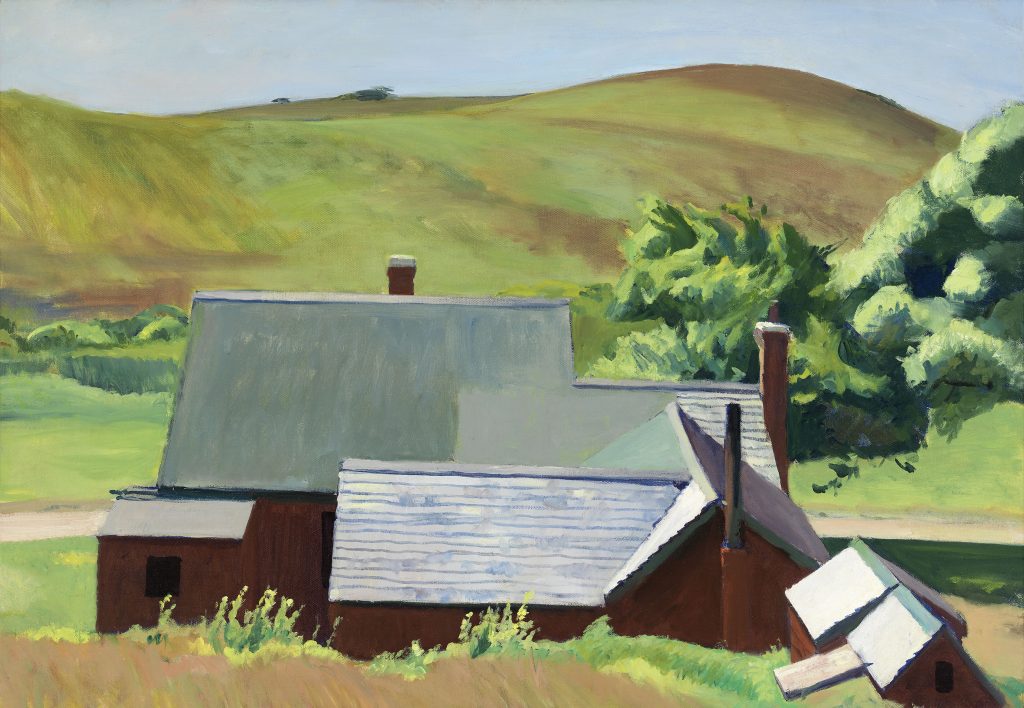 Fondation Beyeler always has immaculate exhibitions and this one of Edward Hopper’s landscape paintings is very original. Out of the 65 works in oil, watercolor and drawing, the focus has been made on houses in the country and sea side rather than on people. The contrast between shade and light and the geometry of every view confronts the large skies. These are exceptional samples of the painter’s work which inspired Wim Wenders to shoot a movie shown in the exhibition: “Two or three things I know about Hopper”. (until May 17 in Basel). 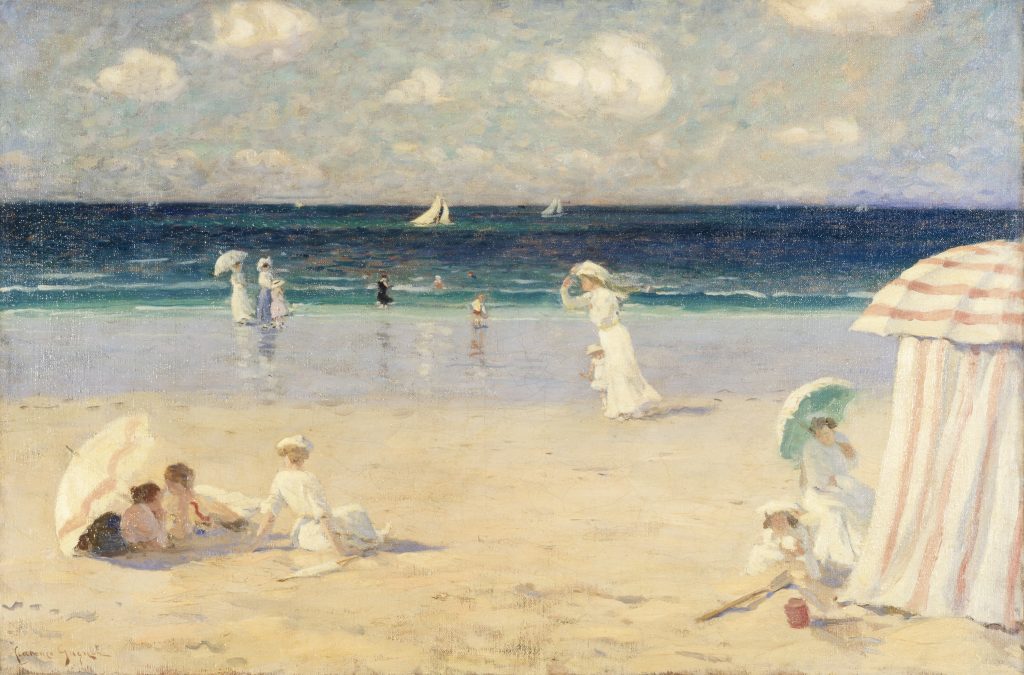 I loved the show of “Canada and Impressionism” at Fondation de l’Hermitage. Thirty five artists who came from Quebec and Toronto to paint in Paris at the turn of the century are represented here through 100 paintings. They went to Barbizon and Normandy, mingled with Monet, Pissarro and Renoir, discovered the new painting in the open air and after catching the light in France went back to their country and concentrated on snowy landscapes with the bright Canadian light. 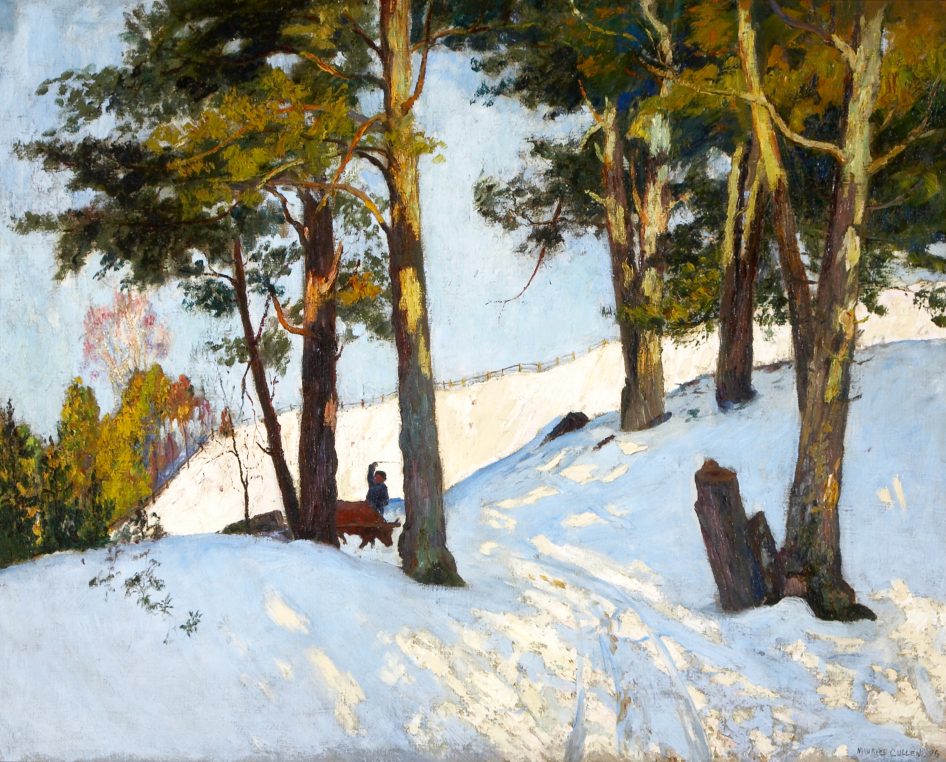 I found the North American paintings more interesting probably because Impressionism is so widely shown in France and the local scenes “After Grand Mass” in Berthier en Haut, 1927, by Kathleen Moir Morris or “Winter afternoon, City Street Toronto”, 1918, by Lawren S.Harris, are totally charming. It’s interesting to notice that there were many women artists in this group. 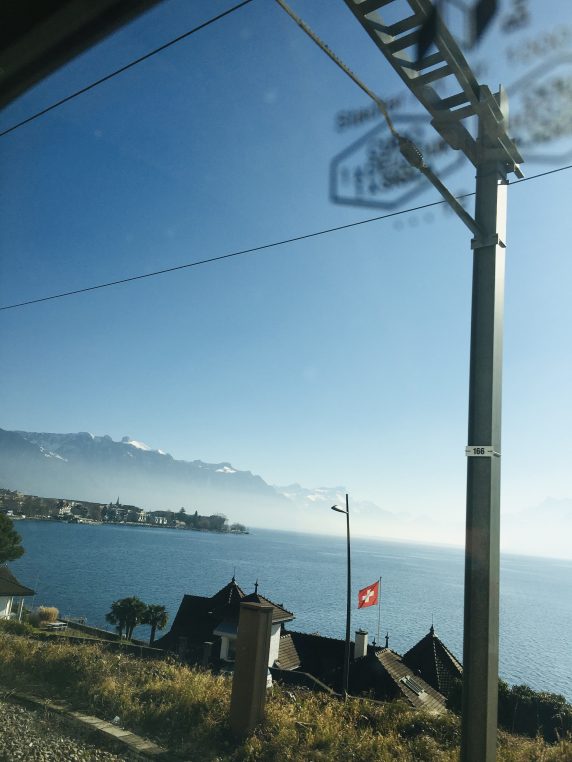 A view of Lake Léman from the train near Vevey

And it was particularly wonderful to see these white landscapes on a very sunny day in Lausanne where everything speaks of snow. The exhibition goes on to Musée Fabre in Montpellier from June 13 to September 27 and returns to Ottawa from October to March 2021. This is not to be missed. 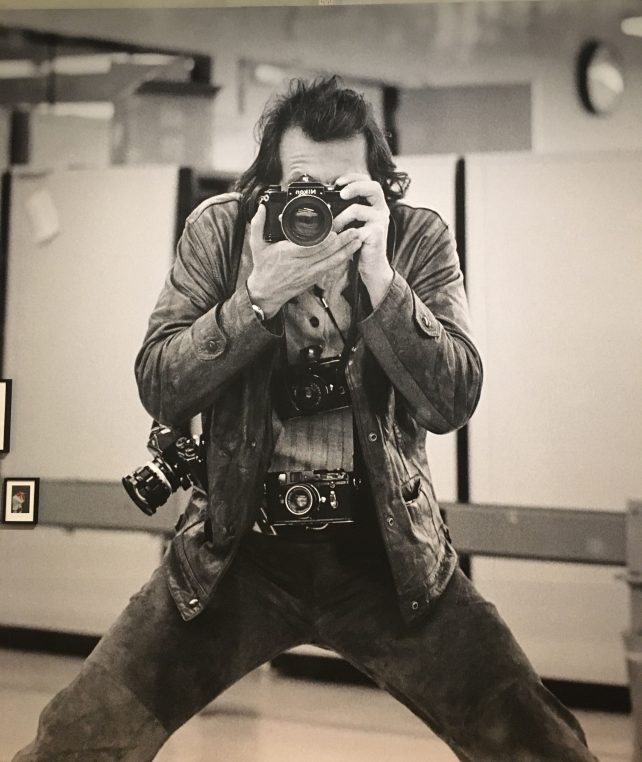 René Burri in the exhibition “Explosion of Sight”

At the very trendy Elysée Lausanne run by Tatyana Franck, Swiss photo reporter René Burri  is exposed in all his facets including drawings and contact sheets from his multiple travels for Magnum agency. The way we are confronted with his work is very new. From his archives deposited at Elysée after his death in 2014, we are invited to read his contracts or discover his numerous press cards and passports with all the exotic stamps.

It is truly a biography of the photographer in pictures that we are confronted with and we travel with him to visit the Che in Cuba in 1963, to discover Picasso, Giacometti, Barragán’s studios, to visit China and Japan. He also takes us to Cap Canaveral in 1979, to the Oil Monarchies in Abu Dhabi and Kuwait in 1974. 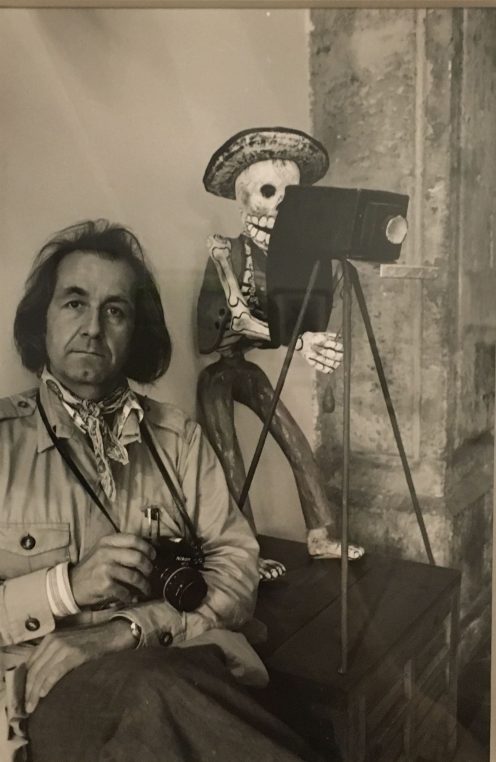 René Burri had a strong sense of humor

His first exhibition outside Switzerland was at the Chicago Art Institute in 1966 at 33. He has been the official photographer for every Magnum meeting in Paris for thirty years and some of his pictures are shown here. It is fun to recognize a young Marc Riboud or Richard Kalvar on the shots. (Until May 3 at Elysée Lausanne). And René Burri’s pictures “The Germans” will be shown in Paris at galerie Folia, from March 4 to April 18.

And make sure to visit the future site of the museum near the train station where Musée Cantonal has already opened. I took the tube at the delightful Délices station (near the museum) to go back two stops to the Gare de Lausanne. 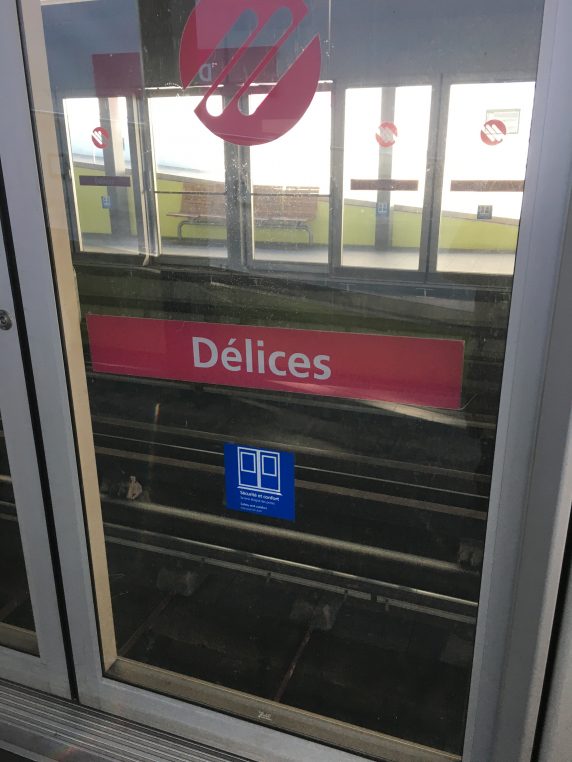 Only in Switzerland, is a subway stop called “Délices”

From there it is easy to reach Martigny and see the exhibition of Swiss painters from the Christoph Blocher collection at Fondation Giannada. It si worth going just to se the Ferdinand Hodler lake views and the numerous Felix Vallotton. Charming paintings by 19 th century Albert Anker describe school children and intimate home scenes. The foundation created by Leonard Giannada is a dynamic presence just down from Verbier. 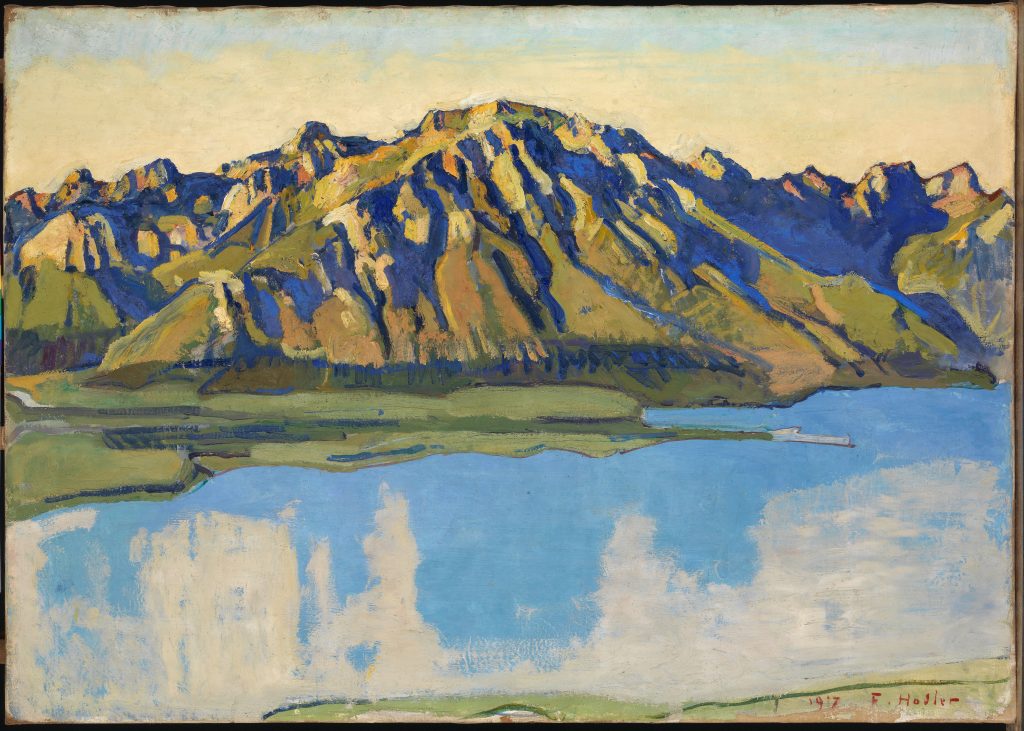 It is also a rare occasion to see Giovanni Giacometti’s paintings. He was the father of Diego and Alberto. the Christoph Blocher collection is the largest of Swiss paintings. Fondation Gianada until June 14. On June 20 th, Daniel Marchesseau will curate there a major Gustave Caillebotte exhibition, which will be the event of the year in Europe. 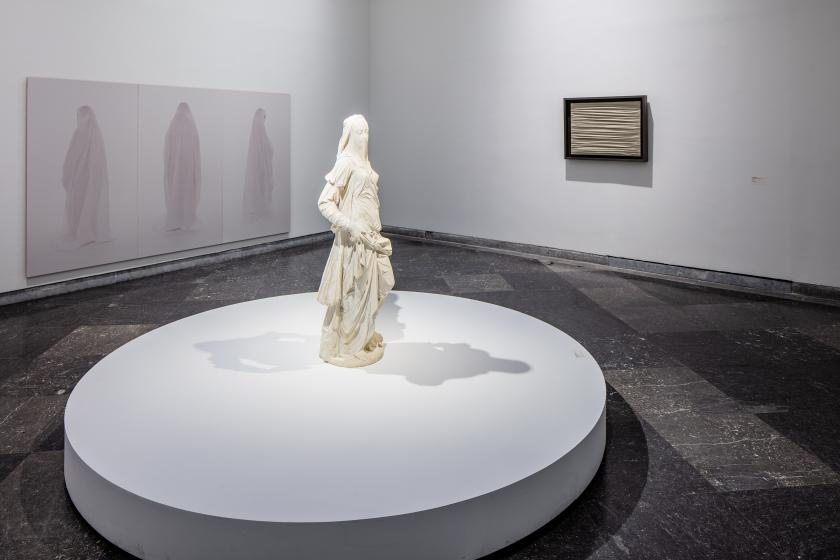