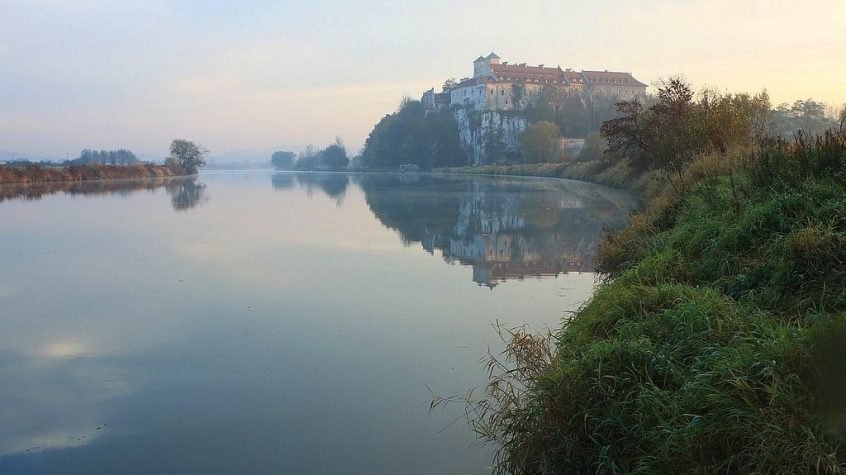 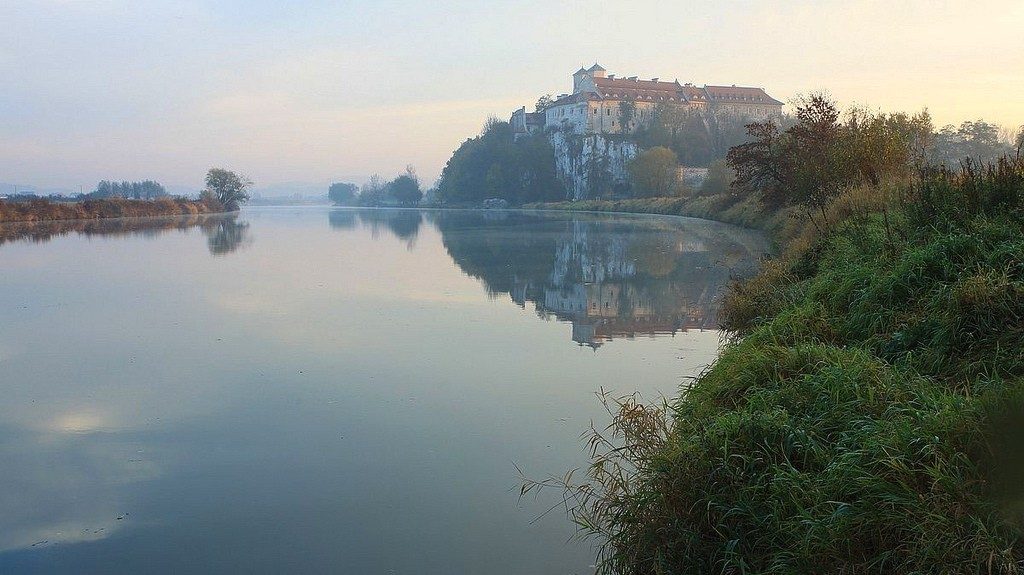 The Benedictine abbey of Tyniec on the Vistula near Krakow, survived all invasions

« What do you think of our country? » was the anxious question asked by my host after a four day tour of Warsaw and Krakow. Well this is not so easy to answer, since Poland is so different from the western world I know and yet, it is so familiar. What struck me the most, was the extreme kindness and refinement in manners that I experienced all along my stay, from a dinner guest kissing my hand (a perfect baise-main) and the bed and breakfast lady curtsying to me in Krakow. This reminded me of my childhood in France, when people were nice to each other, picked up their friends at the airport and actually cared. 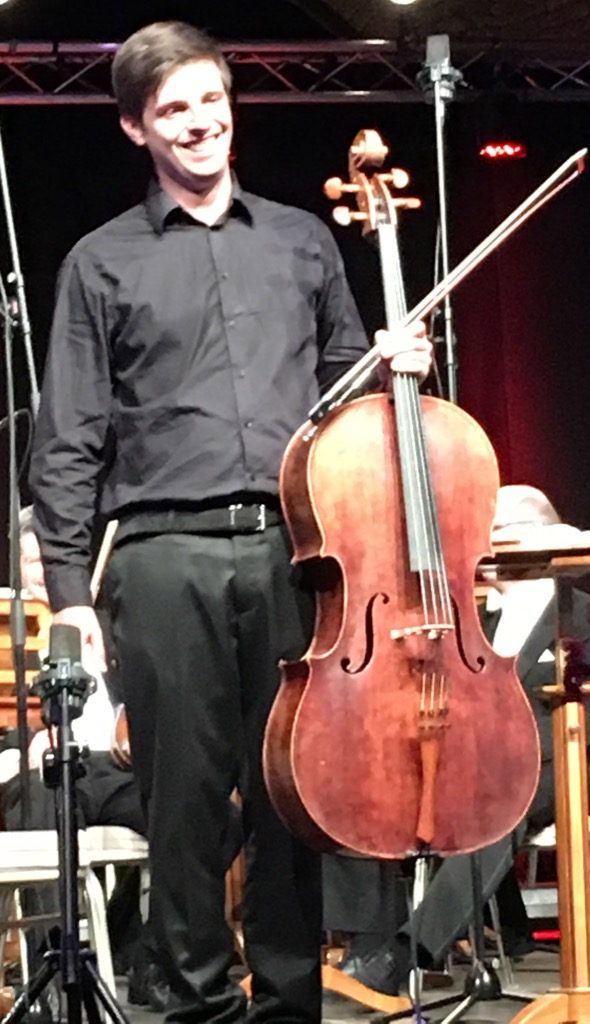 The reason for my trip was a concert performed at the Royal Palace in Warsaw by Michal Zielinski, a young Polish cellist, I recently befriended in Paris. The Haydn cello concerto in C major he played with the Warsaw Camerata orchestra, was a moment of complete happiness.

His composure and maturity were striking and his angelic looks and the lovely sound of his cello, won over the fully booked house. All members of the orchestra seemed to be under thirty and passionate about their music. In Chopin’s home town, this had a special resonance. At the post performance dinner in the old town, we ate excellent duck with cranberries and apple and we rejoiced over Zielinski’s career, which is developing internationally. 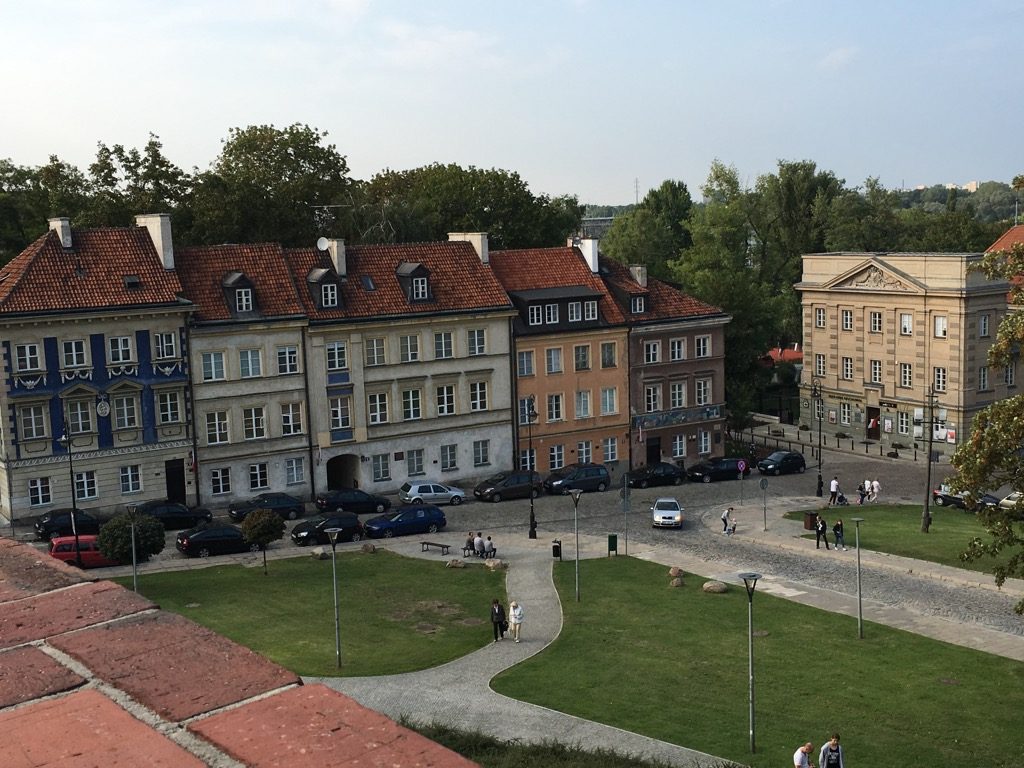 The old town of Warsaw was rebuilt after the war. The charm of its colorful XVII th century houses is untouched

Warsaw appeared to me torn between its dark communist past with the omnipresent PKin, a tower for culture and science built by Stalin in 1953, and the (failed) Insurrection museum, which describes at length, how its civilians tried to fight the Germans and the Russians in 1944. When I tried to cross a street at the green light, my host warned me that I could be infer a hundred zlotys, (25€) for doing so and I noticed that none crossed the streets at the wrong time! Again when I pulled the curtains at the Royal palace of Wilanow, in order to look at the beautiful gardens, a fat nasty lady told me off: she reminded me of soviet guards. Discipline and obedience are obviously still important.

Yet it has a happy and incredibly ebullient youth, a strong Catholic community (Pope John Paul II was Polish and is omnipresent), who survived centuries of invasions and dictatorial regimes, and a deep culture. So many famous people come from Poland: Arthur Rubinstein, Roman Polanski, Isaac Bashevis Singer, Joseph Conrad, Helena Rubinstein, Andrzej Wajda, Louis Begley, but also Marie Curie, General Kosciusko who fought in the American Independence war, and David Ben Gurion the “father” of Israel. 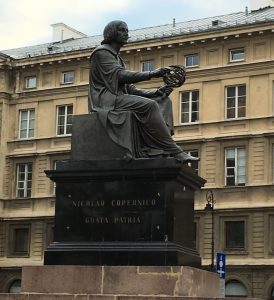 Renaissance mathematician and astronomer Copernicus is one of the famous Poles

Poland’s borders have changed a hundred times over the centuries and the neighboring countries have all tried to invade the fertile plains close to Ukraine. Yet there it stands, a member of the European community for twenty years and a very modern nation in most ways. 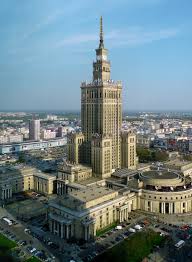 The importance of food is not to be neglected with delicious specialties such as sweet or salted Pirogis (raviolis), sweet donuts, cheesecakes and of course fresh Pretzls, like you have never tasted in New York. 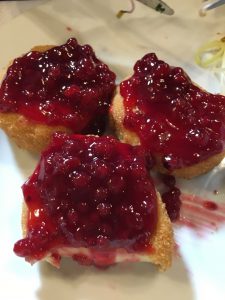 Krakow was one of the destinations I promised myself to see one day, and when we arrived there on a Sunday, we quickly realized that we were just one of a million other tourists from China, Mexico or Italy… who had thought the same way. Like Prague or Amsterdam, it is on the world’s to-do list. 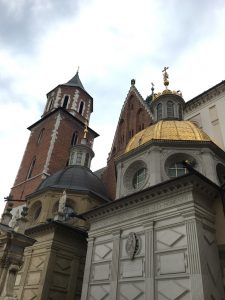 The Wawel cathedral is full of flemish tapestries and royal tombs

Krakow has three main attractions, its medieval Wawel castle and cathedral where Polish Kings and Queens are buried. The Wieliczka Salt mines, listed by Unesco as early as 1978, which were already exploited in the X th century and made the fortune of the King. The underground cathedral sculpted rock salt, is fascinating as are the 400 hundred steps you go down on and the hundreds of kilometers of galleries. A mass is celebrated there underground every Sunday morning.

There are many Jewish memorials such as the Schindler enamel factory (portrayed in the remarkable Spielberg film, “Schindler’s list”) and the synagogues and remembrances of things past in the ghetto.

But it also has a Japanese Cultural center designed by Arata Isozaki along the Vistula, and a museum of Contemporary art.

Poland has traditionally been a haven for jews since 1025 and when they were expelled from Spain in 1492, many of them also flocked to Poland, where they were protected. After World War I, there were 3 millions of them living in Krakow and Warsaw, the largest community in the world! Since 1989, a Jewish culture festival takes place there every year, thus reviving Jewish culture and history for visitors from Israel and the United States. 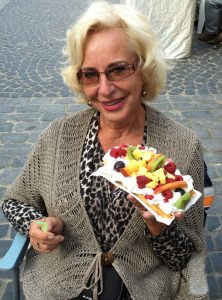 But on August 15th, as everything was closed, we opted for catholic mass at the Benedictine abbey of Tyniec which was a pure enchantment. 40 priests, monks, altar boys joined the young local bishop, Andzej Jez, for a mass devoted to the Assumption of the Virgin Mary. Little old ladies brought wild flowers, songs were in latin and polish and words and music were projected on the columns of this sumptuous baroque church, so we could sing along. The assembly was full of young people. It was quite stunning.

So what do I think of your country dear Wojciek? I think that you are incredible survivors, that modernity and French supermarkets have not spoiled you and that you retain profound human and musical values and a great respect for the past. Poland and France have always had strong feelings for each other and both Napoléon and Balzac are famous for having fallen in love with Polish aristocrats.

Away from terrorism and the International rat race, Poland is a very lovable country, which has kept the elegance and softness of its weeping willows and birch trees.

3 Comments on “From Warsaw with love”