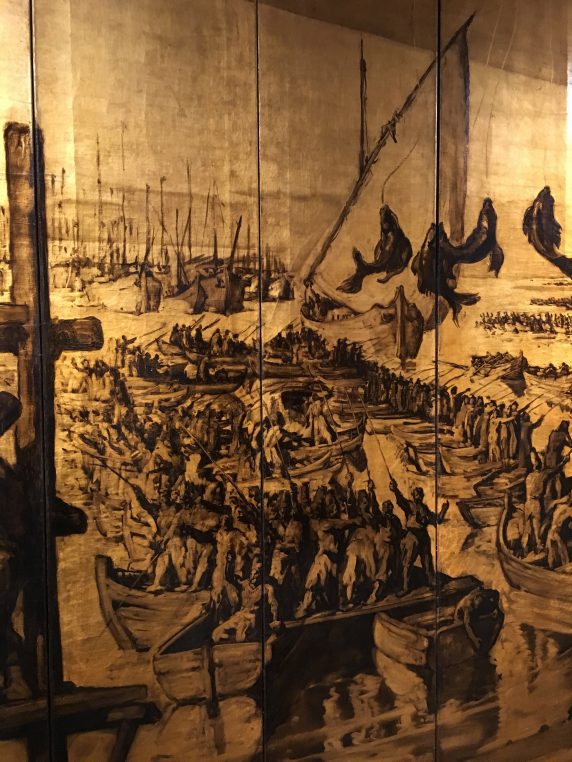 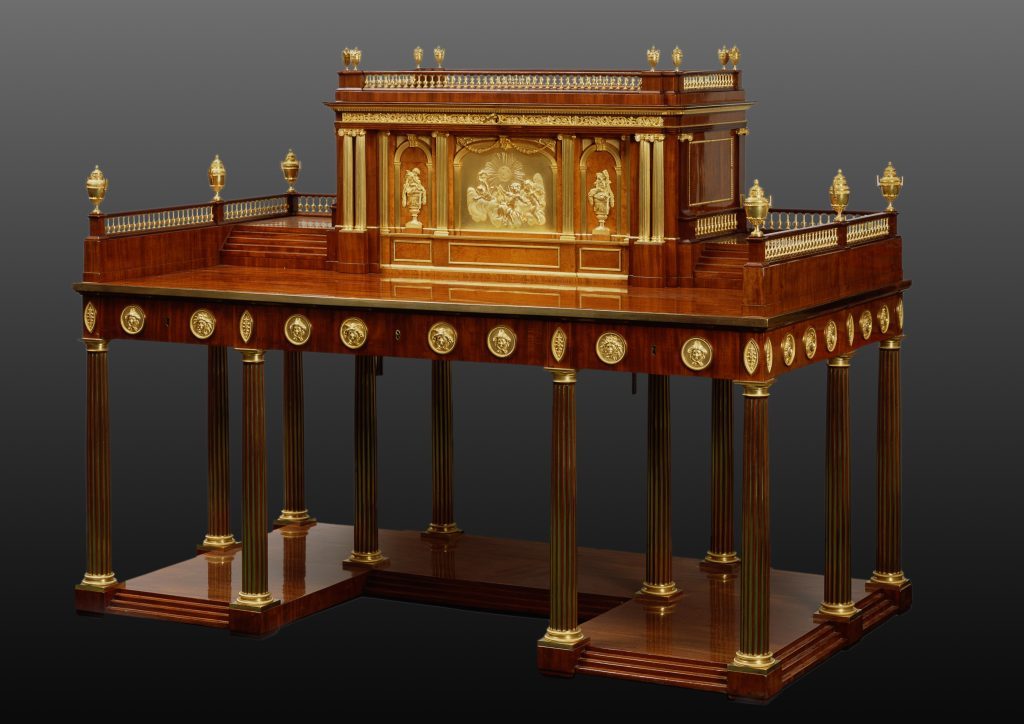 Desk by Roentgen which belonged to Catherine II of Russia, photo Guillaume Benoît

The yearly invitation from Galerie J. Kugel is always a cheerful moment in the middle of the summer and this year again, Nicolas and Alexis managed a coup. The acquisition of a music room painted by Catalan artist José Marie Sert (1874-1945) for Corina Kavanagh  in the tallest (120 m) building of Latin America built in 1936 in Buenos Aires. It is the most modern piece in their collection of treasures (1938) and a striking series of panels painted on gold. Do not miss it! 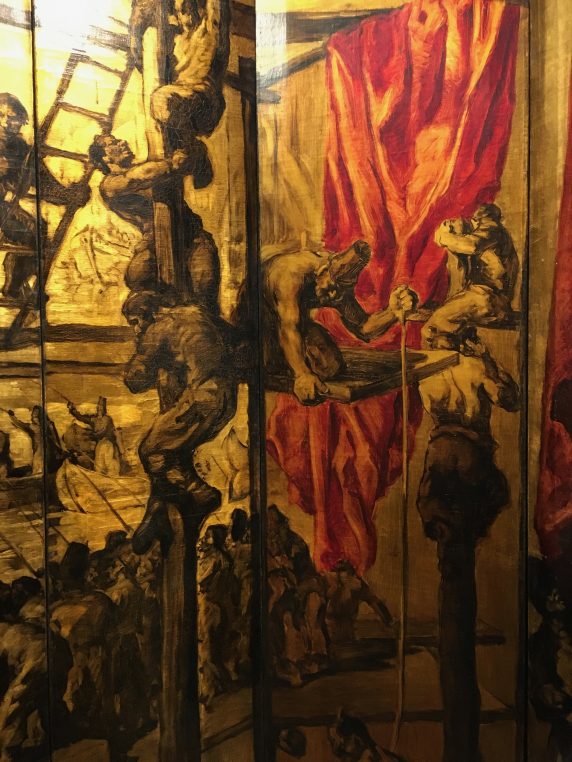 There was no particular theme on the invitation and so the mystery was kept intact until the end. But when we walked into Hôtel Collot on quai Anatole France, we knew we would be astonished. 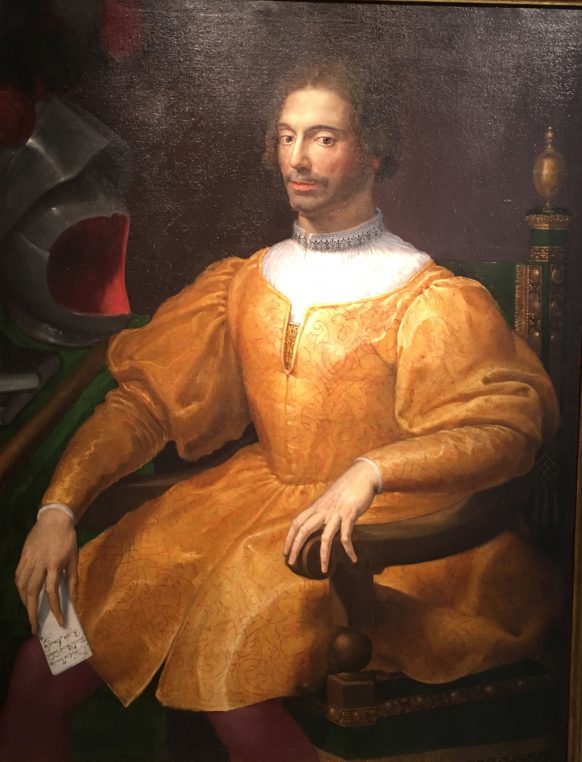 Besides Catherine II’s desk which I would love to sit at to write this column, a Roman XVII th century vase “navette” in grey peperino marble, a 1550 enamel triptyque of the life of the Virgin Mary by Martial Ydeux dit Le Pape, and a clock in painted Sèvres porcelain representing “Homer with the potters of Samos” (1830), I fell in love with the series of new rooms in the courtyard where Greek and roman sculptures and paintings add a light and modern touch to the antique dealer. 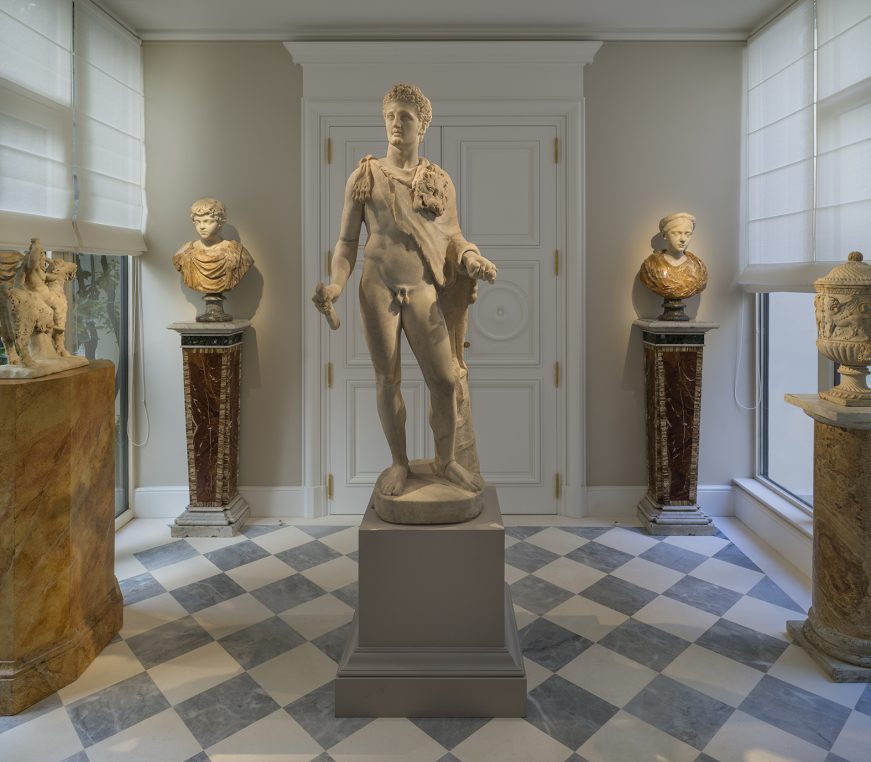 Walking around the planted garden adds to the charm and mystery of this spectacular house open on the Seine. It is just unique. The cocktail party was super luxurious as always and three days before the opening of the Biennale, foreign collectors were studying with application their next acquisition. 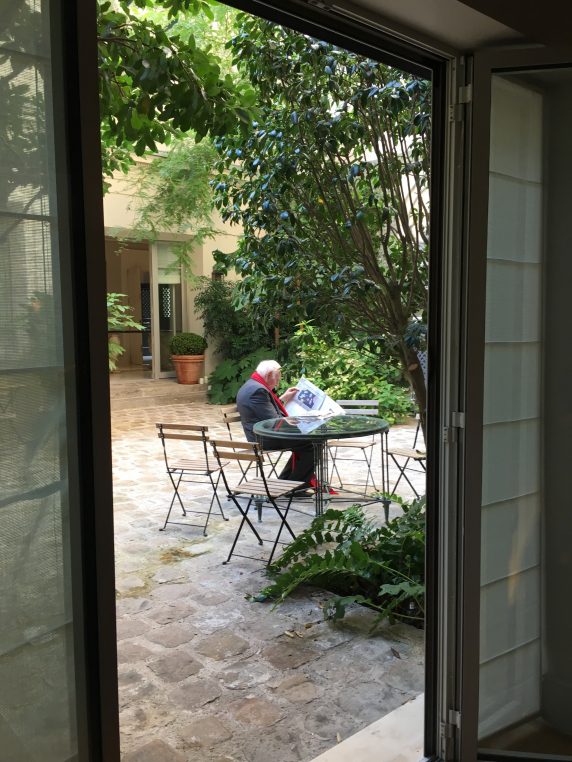 After a thorough visit, Pierre Rosenberg, former Predsident of the Louvre, enjoyed a quiet moment in the garden

So many bronzes and candelabras came from the Rothschilds’ collections that one truly felt the elegance of past times at Hotel Lambert and Ferrières. A few private cabinets were the showcase of ivory and silver exceptional pieces and large tapestries, in perfect condition with flamboyant colors, made us feel we were still living in the 18 th century. 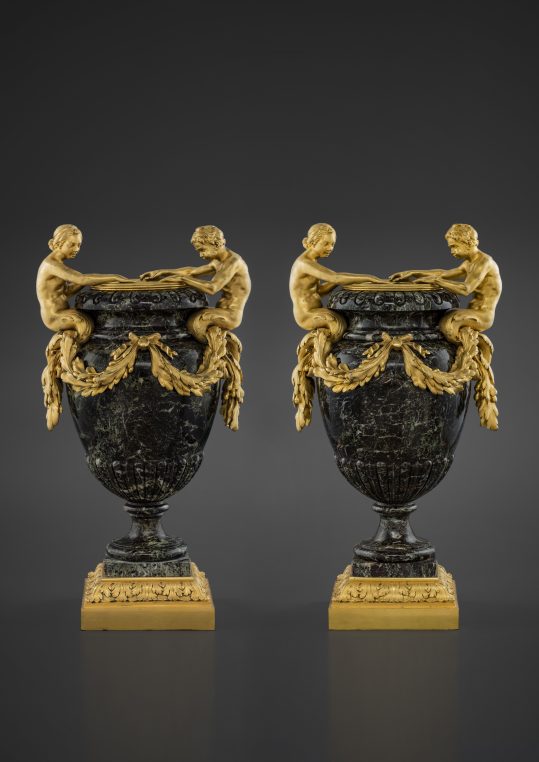 The Kugels are elegant enough to let any member of the public in their treasure vault so do go absolutely. It is a unique experience.