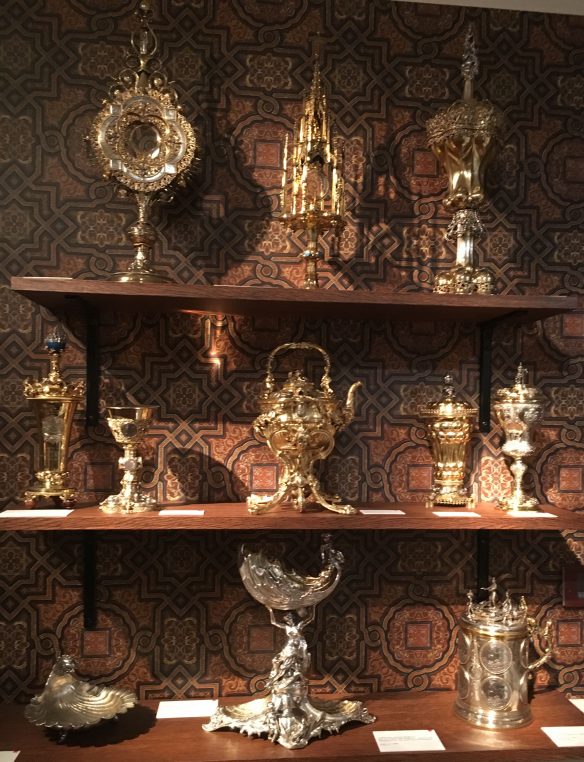 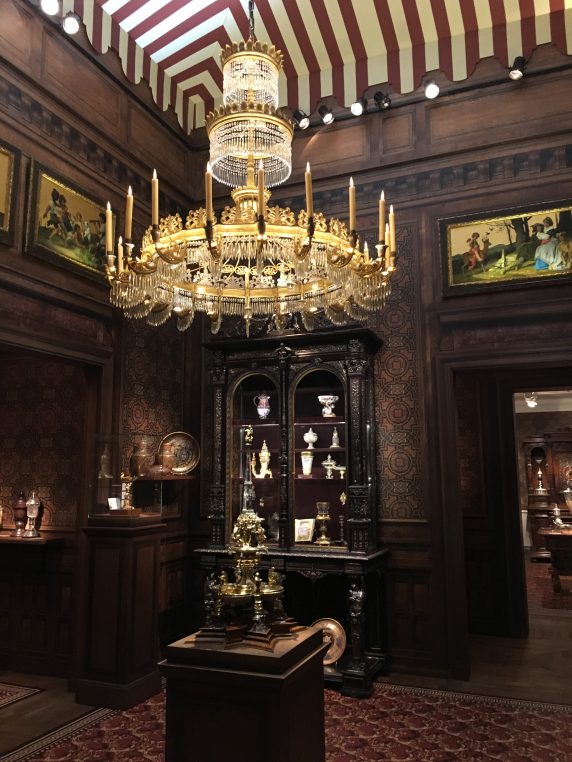 There is one great advantage at not having a proper Biennale des Antiquaires and that is the staged show “Apotheosis of Genius” organized on place Beauvau by Galerie Neuse from Bremen. François Joseph Graf created a decor reminiscent of a “German opera” where  the 19 th century treasures are presented in different “schatzkammers”. It is spectacular, with fake Cordoba leather on the walls and fake ceramic floors. This is a true surprise coming from this German antique dealer, seen at Maastricht every year, who usually deals with 15 th to 18 th century silver, ivory and cristal treasures. 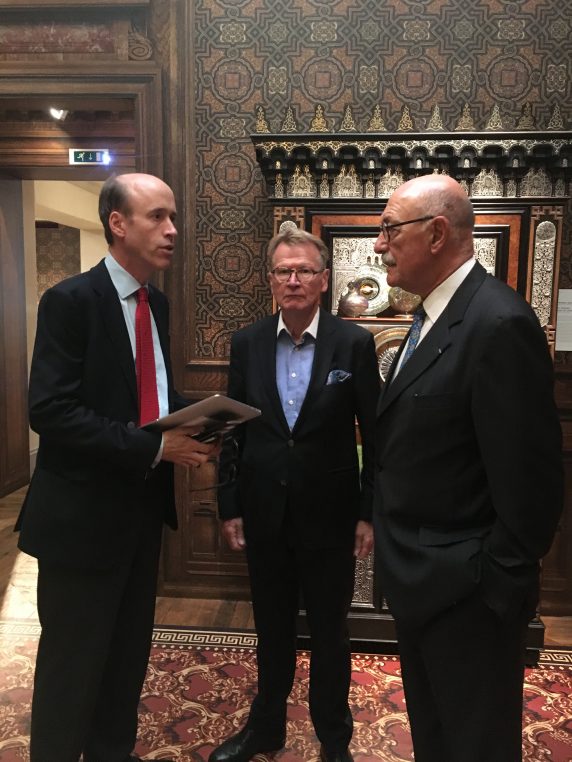 The story starts thirty years ago, when Achim Neuse bought by mistake a 19 th century silver piece. This great specialist of 16 th to 18 th century objects and furniture had been fooled by the excellence of the style and manufacture. So, with his partner Volker Wurster, they decided to start a collection of 19 th century “Exposition Universelle” pieces. And this is what they brought to Paris for the whole month. The quality and originality of all objects, some of which were made for kings like Ludwig II of Bavaria, is mind-blowing. 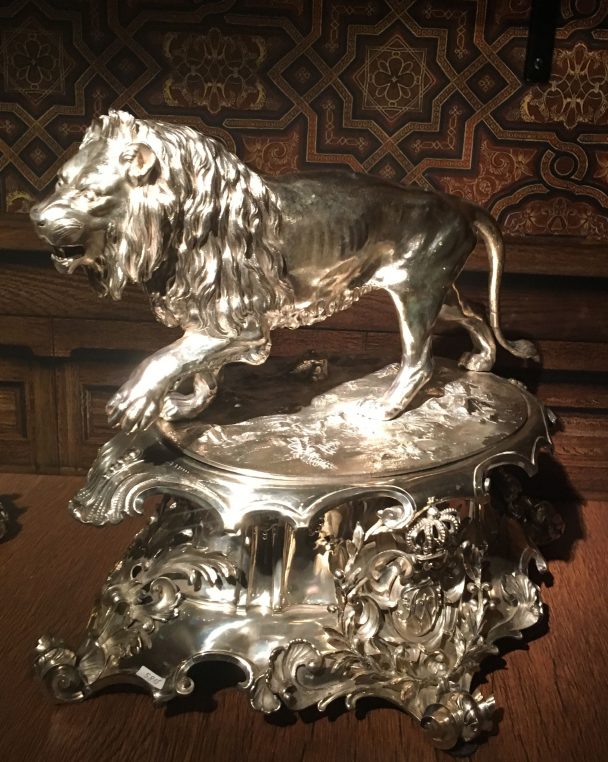 Victorian style, Napoleon III, Roman, Gothic, Renaissance, Rococo, Oriental styles, were an International trend in the 19 th century (the longest century from 1789 to 1914), and expanded from London to Moscow, Copenhagen and Rome. This is the century of Neo in French and revival in English. Neo renaissance, Gothic revival, etc. These styles were partly illustrated at Petit Palais in the recent exhibition on Romanticism and they are beautifully shown here. 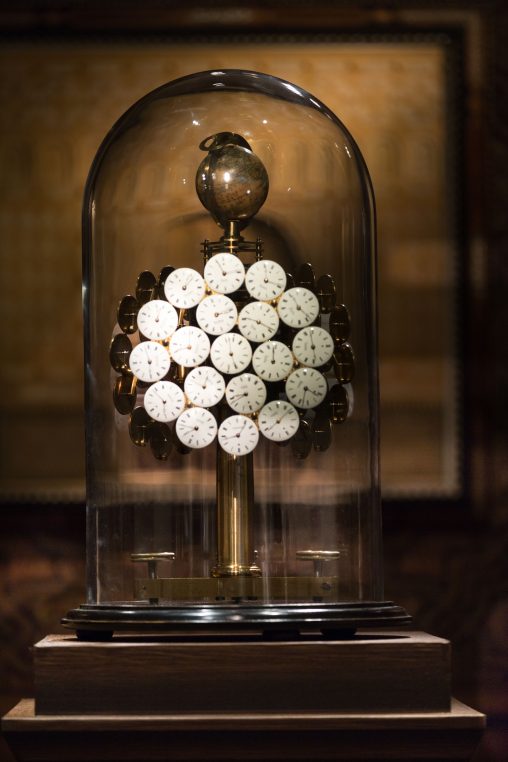 The curious Bernburg world clock, geographical and astronomical with the time in every city on 57 faces

A silver gilt rapier set with 6 000 precious stones, marble, crystal and silver fighting goats by Pierre Falize, a mother of pearl beaker by Carl Hentschel for the King of Hungary and a pair of ‘Alhambra’ vases by Julius Hügler are among the treasures. Some of the spectacular pieces in rock cristal and armchairs carved in walnut rival with ivory cups and ebony tables. 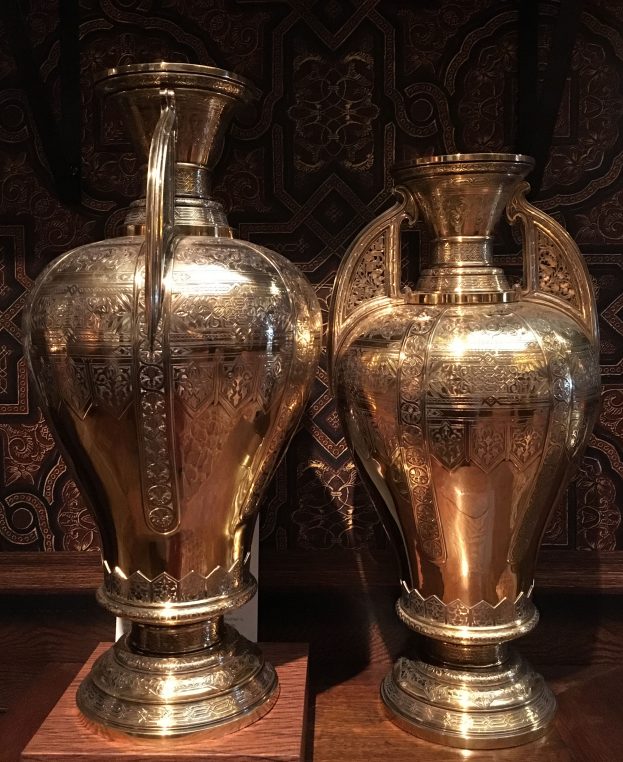 Pair of vases after the Alhambra vases in the Spanish Royal palace in Granada, Vienna ca 1890

It is a whole world of creativity and aesthetics that Neuse invites you to discover and you should not miss this unique opportunity to have a glimpse at this collection where everything is for sale. It’s a pity that a museum is not acquiring it as whole! 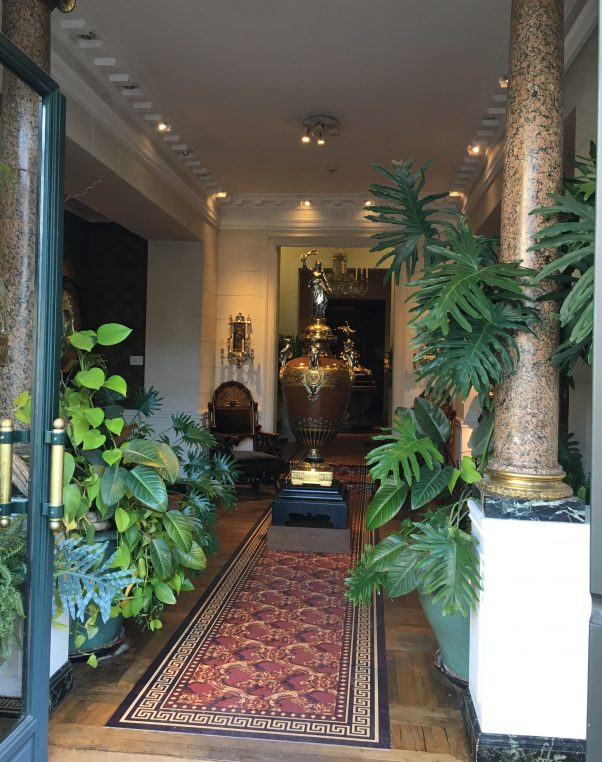 The entrance to the gallery with “Le Vase des Arts” designed by Albert Ernest Carrier-Belleuse for  the Maharadjah of Baroda, Christofle Orfèvres 1883