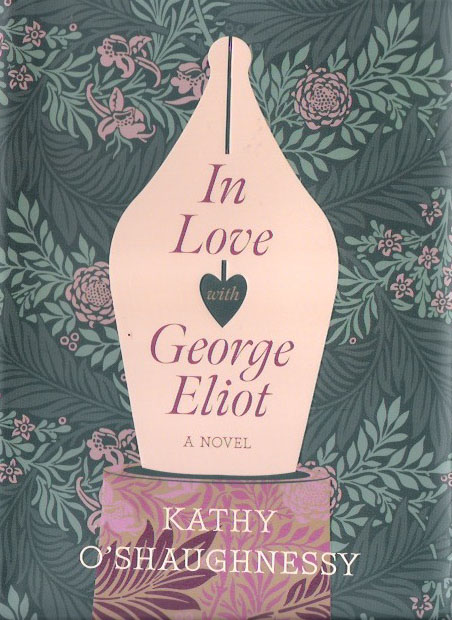 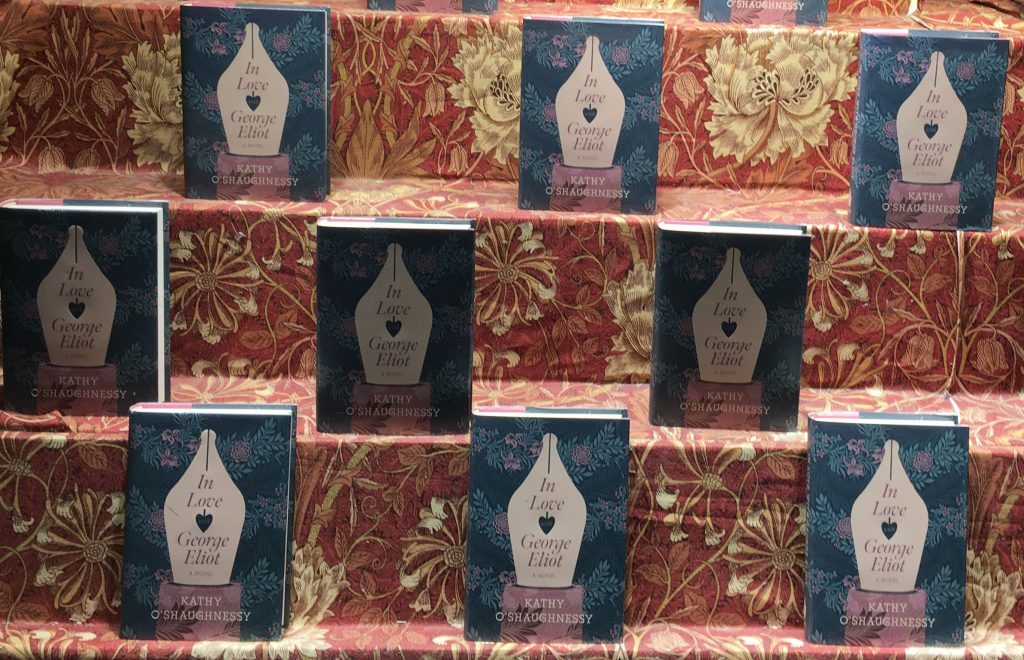 Everyone knows about George Eliot, might even have read “Middlemarch”, her extraordinary fresco of country life in Victorian England, but for me it was a discovery to find out how modern and liberated a woman she was, two hundred years ago. Thanks to Kathy O’Shaughnessy’s literary yet enjoyable biographical novel,  “In love with George Eliot”, we now know that women’s liberation was more subtle in the 19 th century. The book, which was just published by Philip Gwyn Jones at Scribe, is already attracting raving reviews. A fun and brilliant party took place for the launch at the beautiful Daunt books in Marylebone, and Parisdiary was there of course. 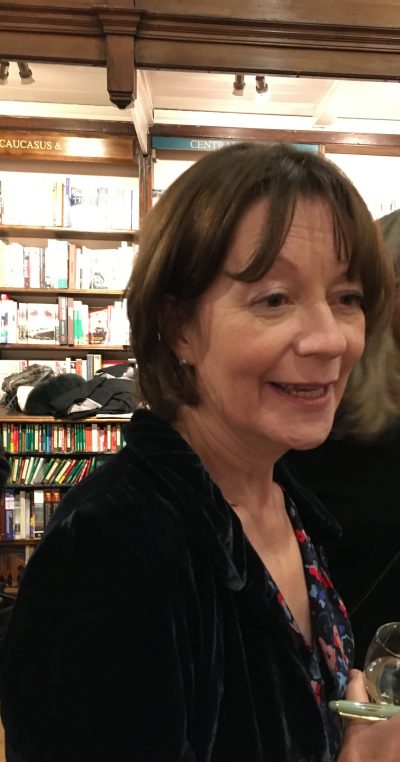 Famous at the time in France, Italy and even in New York, George Eliot (22 November 1819-22 December 1880) was born Mary Ann Evans, in Warwickshire. She was very religious until she turned 21 and decided she did not believe in God. She translated from the German, a language she knew well, “The Life of Jesus” by David Strauss, where the author explains that Christianism is a myth… 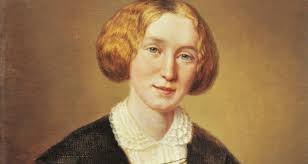 Raised in the vicinity of Arbury Hall where her father was the agent, she was allowed to use the library and received a good education. Later she travelled to Switzerland and landed a job as an editor with the Westminster Review in London. After carrying an affair with her boss, she soon fell in love with philosopher George Henry Lewes, who was married with three children. They lived together (in sin!) for 25 years and became the most introduced literary couple of London. Queen Victoria was one of her avid readers.. 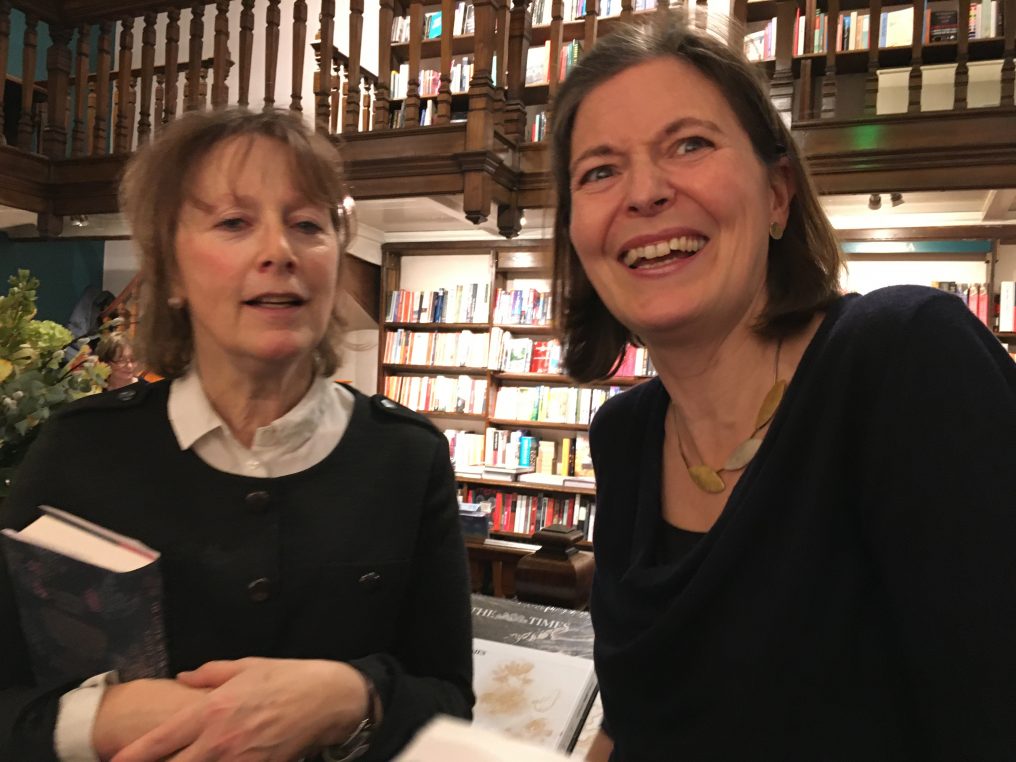 The two Rebeccas of literary London, Rebecca Fraser and Rebecca Carter, who agented the book

Kathy O’Shaughnessy‘s novel is a delight to read. It is beautifully styled and written with a modern view on this daring writer, yet in a chiseled language. She quotes from the author’s seven novels, including from “Adam Bede”, which she published anonymously, and shows what a free spirit Eliot was within the limits of Victorian society. I was totally overwhelmed by the writing. O’Shaughnessy was a journalist, a literary and theater critic and an editor all her life with a wide range of newspapers and magazines from the Spectator to the Daily Telegraph. This is her first novel and you can feel that she has put all her editing experience into it. Besides the interest of the topic, it is pure pleasure to read. 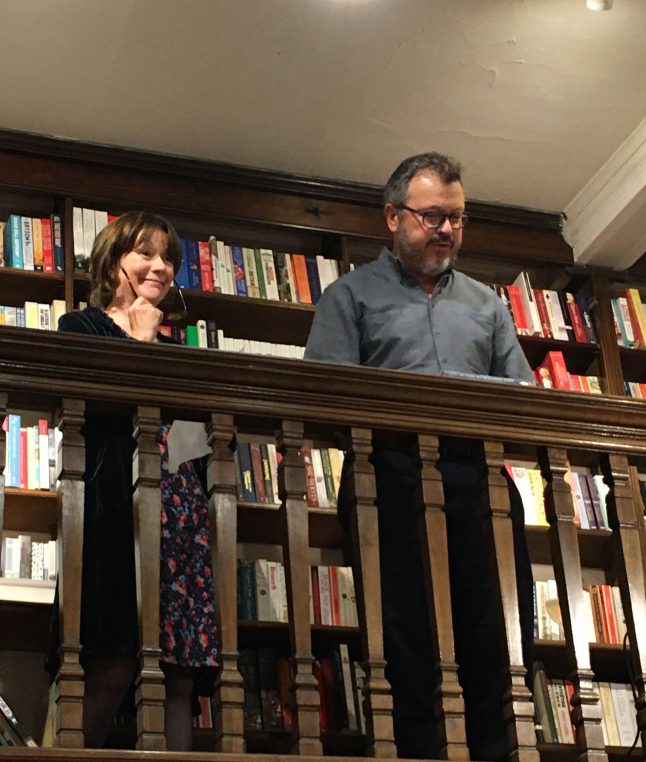 Kathy O’Shaugnessy with her publisher Philip Gwyn Jones at Daunt

At the same time in France, another woman writer, George Sand (1804-1876), had taken a man’s first name. She also dressed as a man even though she had a multitude of lovers including Frédéric Chopin, Prosper Mérimée and Alfred de Musset…I don’t think they ever met.

“In Love with George Eliot”, Scribe. The book will be published in French by Editions de Fallois in the Spring 2020.

2 Comments on “George Eliot is celebrated in London”