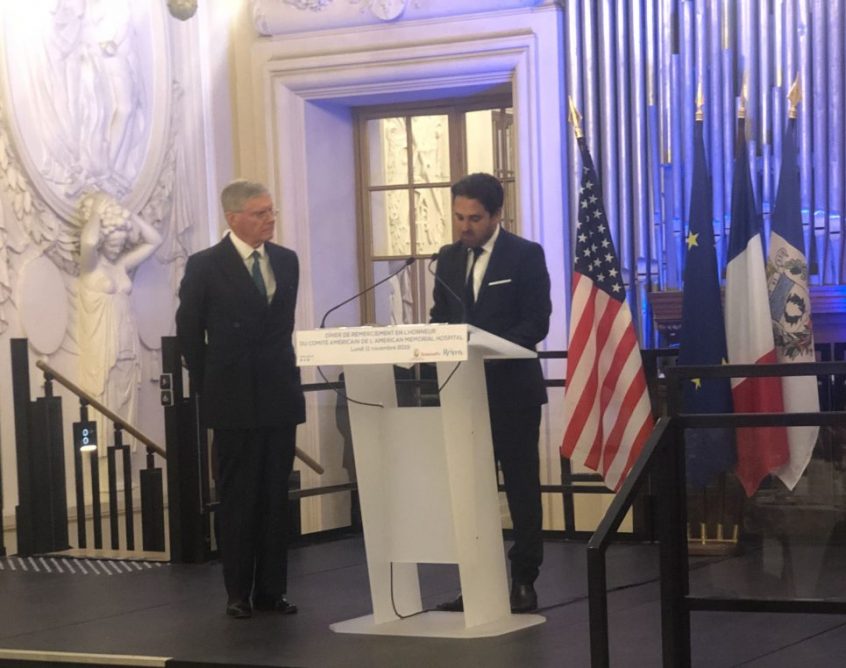 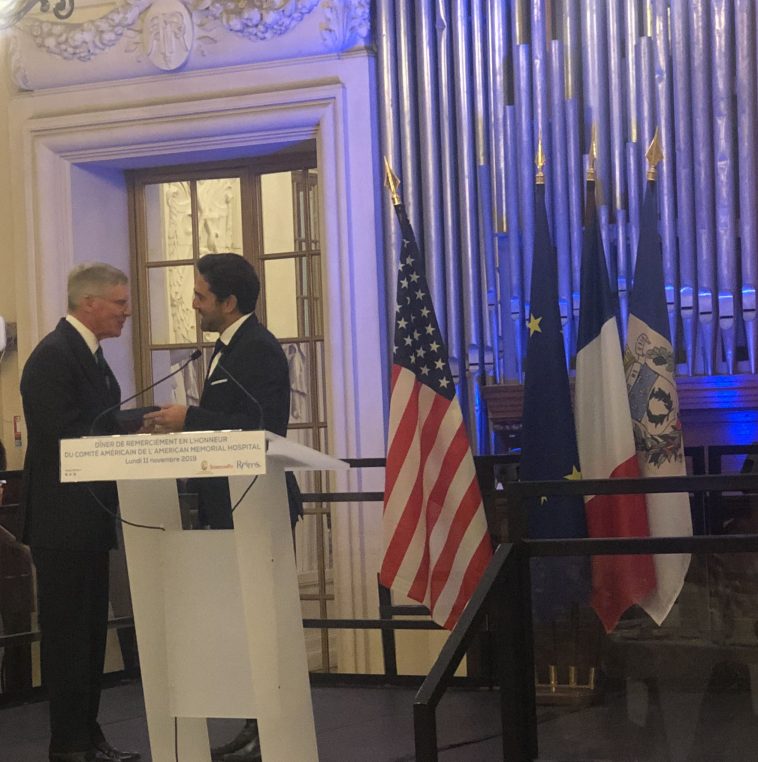 Gerald Shea, is being honored by Arnaud Robinet, Mayor of Reims in a ceremony at City Hall on November 11, photo Bill Beakman

From the solemn morning  ceremonies at a monument to World War I dead, to a sparkling evening in the ornate Salle des Fêtes at  City Hall, the city of Reims went all out on Nov. 11, Armistice Day, to honor the Centenary of the American Memorial Hospital, a pediatric hospital founded in the ruined city in 1919  by a group of intrepid American women. It also turned out to be a good opportunity to toast Franco-American friendship, and to honor Gerald Shea, a lawyer and a writer, and the popular former President of the hospital’s board of directors. Since he is my brother in law, this reporting is brilliantly done by Celestine Bohlen, who I thank here for her contribution. 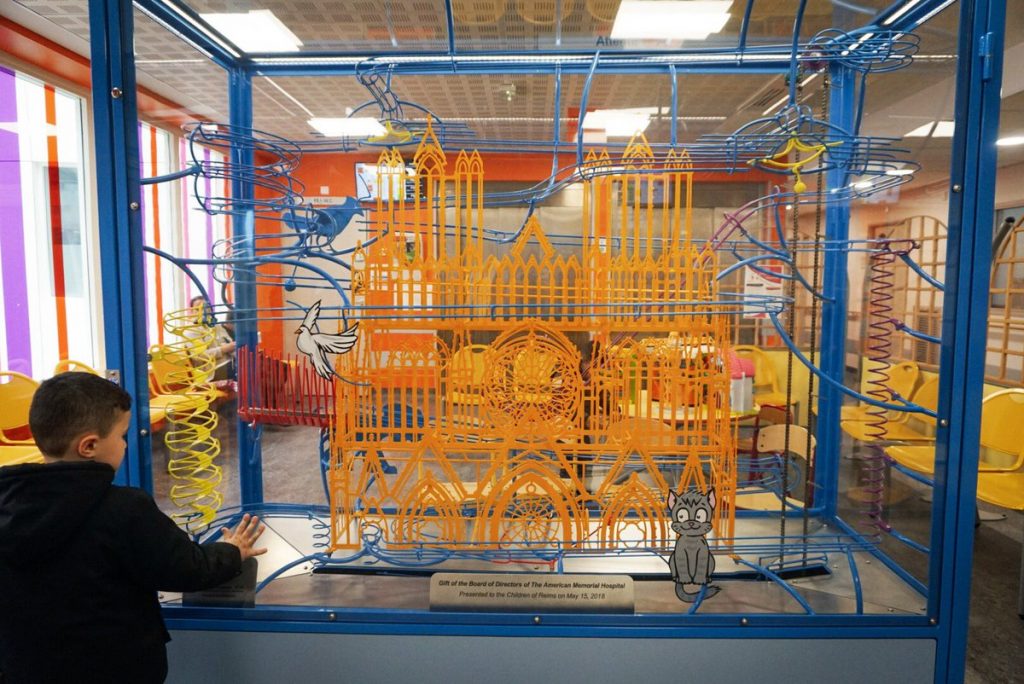 At 100 years old, the AMH, as it is fondly known in Reims, is still going strong. Embedded in the larger regional public hospital, it continues to serve the children of Reims and its surroundings, from the tiniest new-borns to adolescents suffering from sports injuries. Thanks to up to $1 million annual grants and research fellowships provided by the AMH Foundation, each methodically reviewed and approved by a  board of directors that includes several doctors, the children’s hospital in Reims is able to provide its  patients with state-of -art equipment and its medical staff with access to training and experience at  top U.S. hospitals. At its meeting last Sunday, the board approved the purchase of an EEG recorder to monitor epilepsy among newborns.

A highlight of this year’s board meeting in Reims was a tour of the formally opened AMH building, which opened in 2017. Brightly painted rooms, a newly devised incubator, charts of in patient and out patient  psychiatric and psychological services,  a smiling staff,  all were on display for the American guests who ended their visit with a glass of champagne next to a colorful ball machine sculpture designed by American sculptor George Rhoads on the model of the Reims’ historic cathedral. It was a gift from the AMH board that continues to delight the hospital’s young patients. 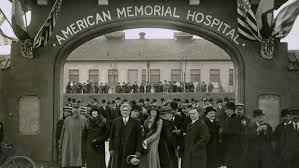 The Nov. 11 commemorations began in an autumn chill, with a traditional military review, and awarding of military medals. This time, it also included a line up of school children who stood holding up French and American flags and early pictures from the original American Memorial Hospital, while a singer sang the American classic, “Summertime.” Later, a choir of local university students from Sciences Pô Reims, belted out  both the U.S. and French national anthems, and  then letters from grateful mothers, written to one of the hospital’s American founders in 1919, were read out in French and English. 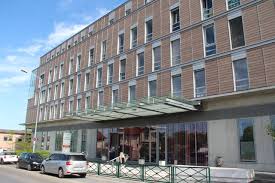 The hospital as it is today

That evening, during a magnificent dinner served with a steady stream of local champagnes, Gerald Shea, now a president emeritus, received a medal of the city of Reims, an honor he shares with General Dwight Eisenhower and French President Charles de Gaulle. After  a short and witty speech in French where he mentioned that General Eisenhower had accepted the medal in the name of his soldiers, Shea declared that he was accepting his in the name of all the doctors and Friends from Reims who put so much effort in the success of this program. Then a beaming Gerald walked through the vast hall as visiting Americans, hospital doctors and an impressive list of local dignitaries rose in standing ovation.