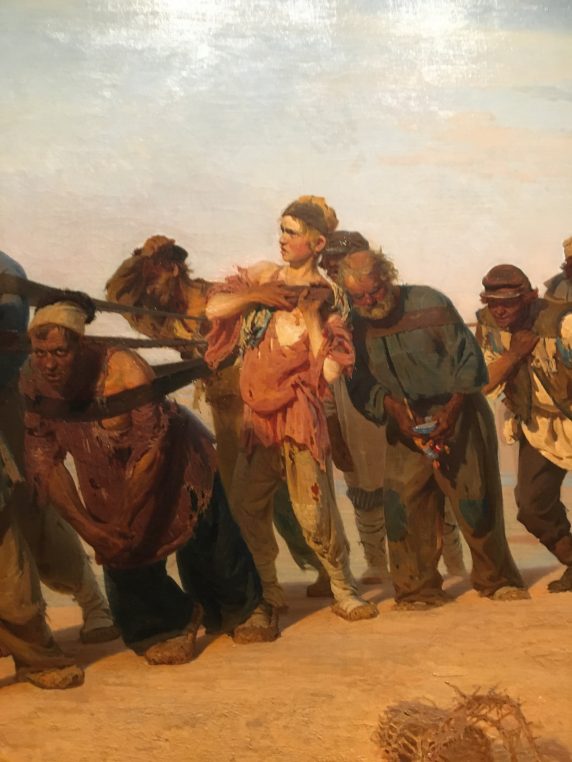 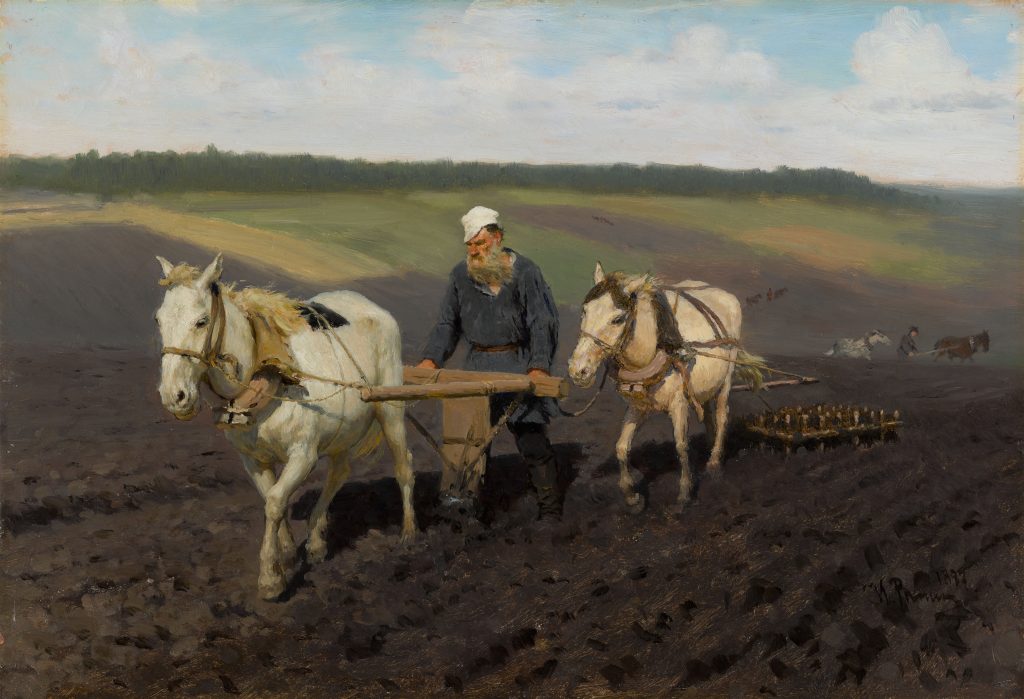 He is often called “the Tolstoy of painting” and yet Ilya Repine (1844-1930), is virtually unknown in France today. The large retrospective of his work comes from Helsinki and will be at Petit Palais until January 23. A hundred paintings were lent by Gallery Tretiakov in Moscow, the Russian Museum in St Petersburg and the Ateneum in Helsinki. From the life of the people which inspired him in the 1870’s to his Paris years and the portraits of all the famous writers and musicians at the Turn of the century Russia, he covers an amazing number of topics of which I was most moved by the family room with portraits of his wife and children. One of the star picture is of Leo Tolstoy  plowing his fields in 1887. He settled in 1899 in Kuokkala (now Repino), fifty kms north of St Petersburg, in what would become Finland in 1917, and lived there with his new love, Natalia Nordman.

The Barge haulers on the Volga, 1870-1873, was commissioned by Vladimir Alexandrovitch , son of czar Alexander II, Russian Museum, St Petersburg

The exhibition starts with the large painting of “The haulers on the Volga” which Repine studied while travelling with is brother Vassili. The robust haulers pull a boat along the river with a young boy who seems to stand proudly. This work will bring him instant fame because of the power instilled in the different characters. In the second room, hang a series of striking portraits of a Jew praying, a Black Woman, a Ukrainian, all very strong and reminiscent of his love for Rembrandt. 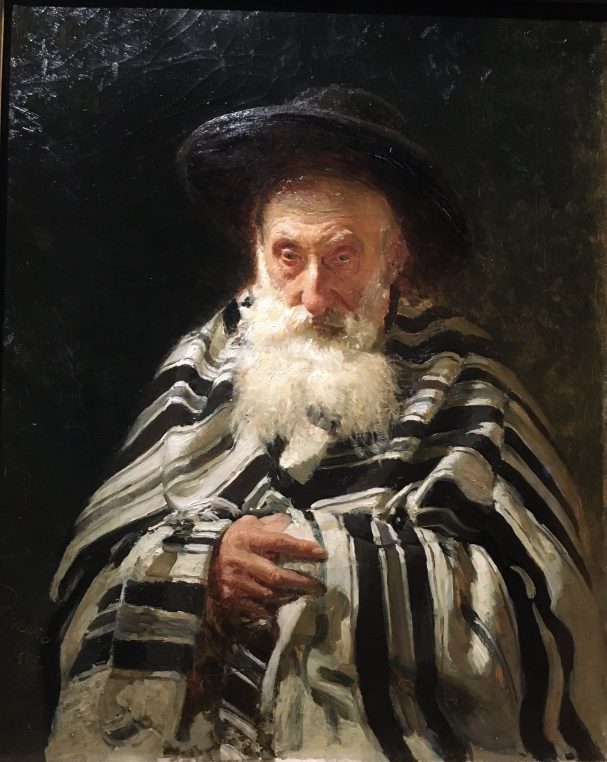 He spent three years in the early 1870’s travelling through Vienna and Naples to Paris thanks to a scholarship, and painted in Montmartre, in Normandy at Veules-les-Roses, where a young fisherman’s daughter attracted his eye.  He admired Mariano Fortuny, Carolus Duran and discovers orientalism. He experienced open-air painting like the Impressionists which he follows intensely and he will use this technique  for “Dragonfly”, a ravishing portrait of his daughter Vera, in 1884. This is one of the family portraits which occupy a whole room of the exhibition. Hanging on white and blue wallpaper, with a nursery atmosphere, they represent Youri, Nadia and Vera but also his wife asleep on an armchair and his father Efim. 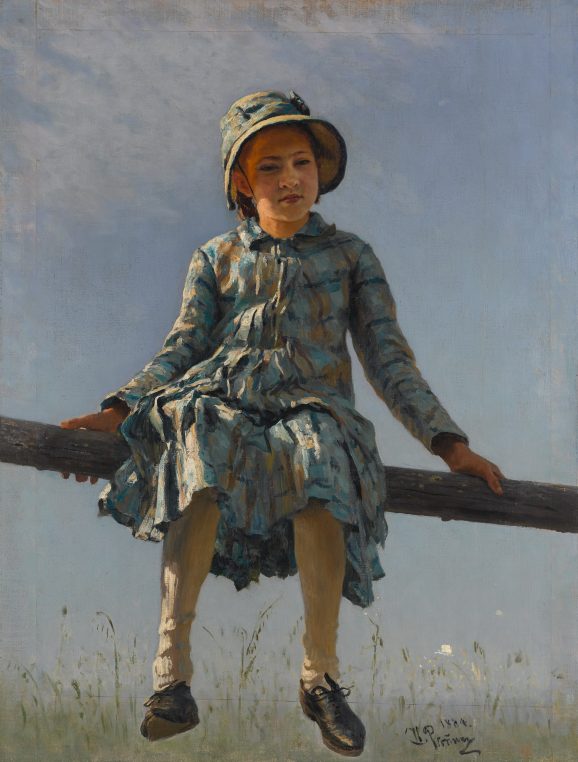 The national Russian themes give him the occasion to paint very large canvases like the “Religious procession in the province of Koursk” or “the Cossacks Zaporogue writing a letter to the sultan of Turkey”, “Alexander III receiving the elderly in Petrovski’s palace courtyard”. The room devoted to Tolstoy is of course very impressive with the writer holding a book in 1887, lying in the forest in 1891, plowing his field and barefoot in 1901 and sitting in a pink armchair in 1909. Then follows his self exile fifty kms from St Persburg, in Kuokkala with his lover Natalia Nordman. This will become part of Finland in 1917 and he starts a forced exile. 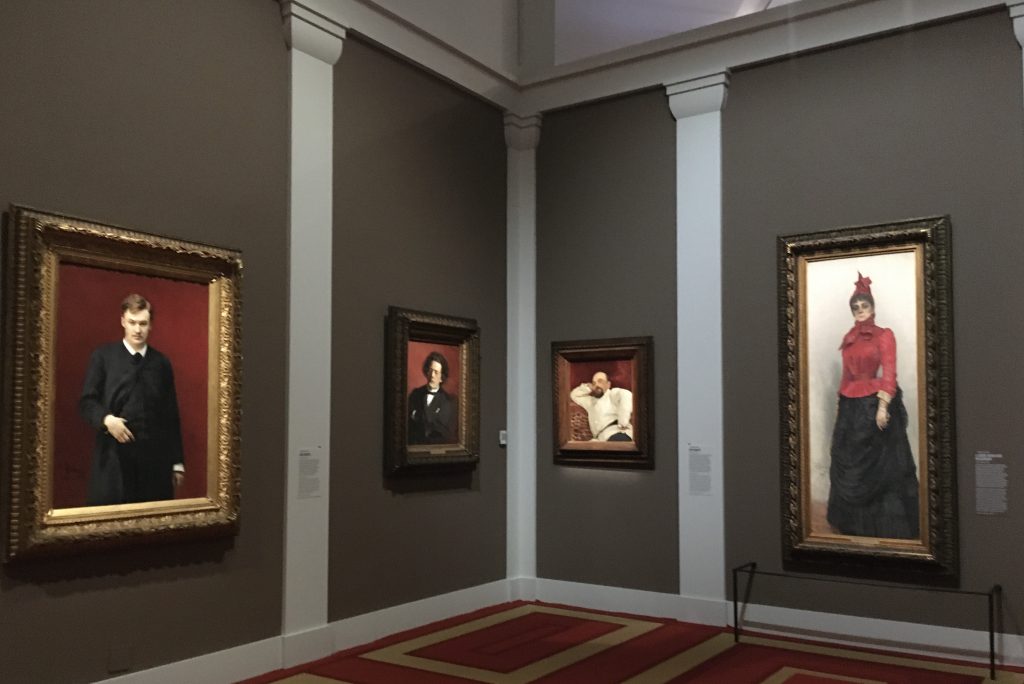 The show is beautifully staged by Philippe Pumain who has managed to create a variety of decors adapted to each style, whether intimate or official, and topic. When he leaves for Finland, the walls are covered in pale wood which gives the paintings a new modernity. It is a fantastic occasion to see one of the most famous Russian painters’ works including the terrifying portrait of the Tsarevna Sofia Alexeïevna. 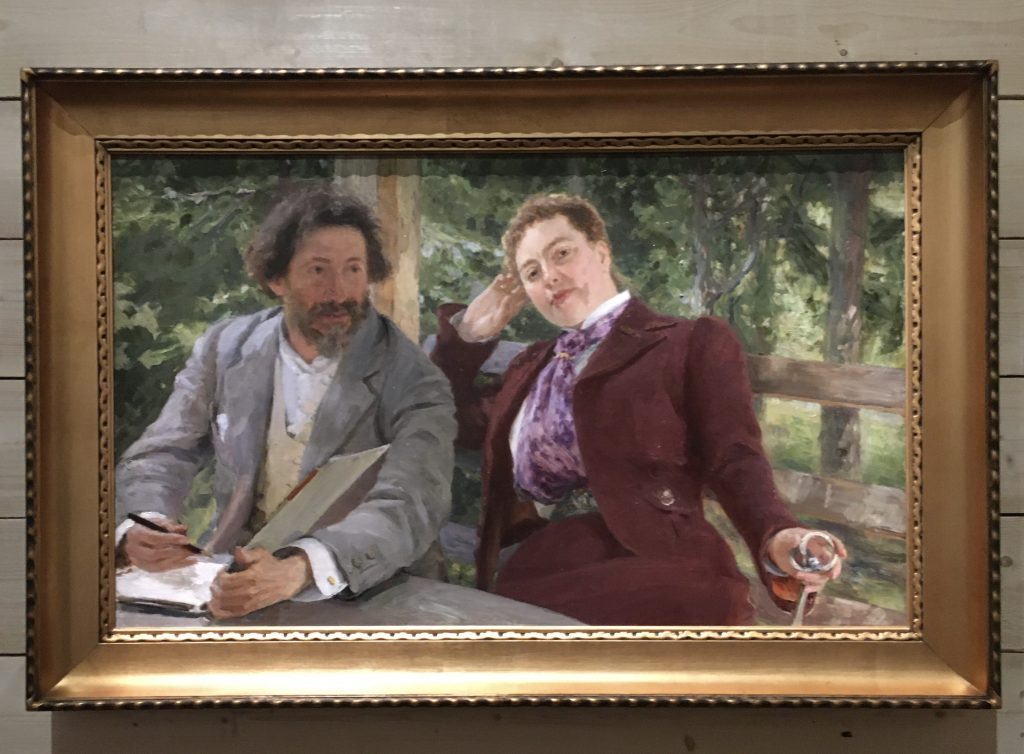 The exhibition received the support of Natalia Logvinova Smalto through Fondation Signature.

Until January 23, at Petit Palais. You can have lunch in the garden and admire Jean Michel Othoniel’s glass sculptures

One Comment on “Ilya Repine, gets his fame back at Petit Palais”