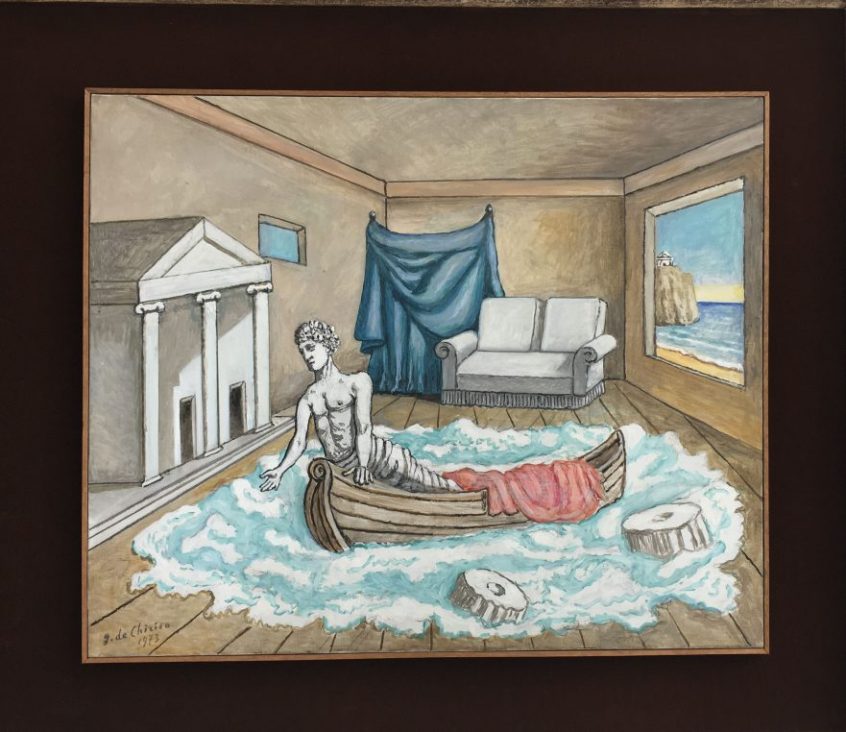 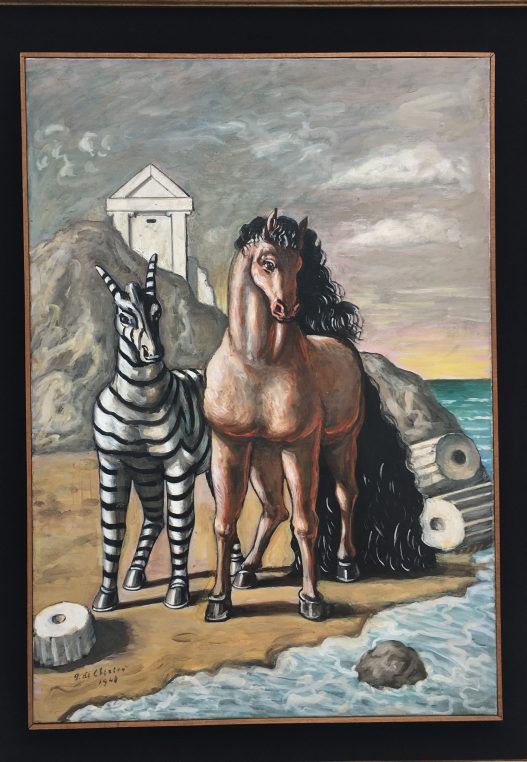 I was very frustrated to enter the Museum of Modern art of the city of Paris and to be told that no, the Victor Brauner exhibition was not opening until September 18… So I went in anyway, to walk around the permanent collection (which is free) and I had a wonderful surprise. The Giorgio de Chirico room with  eight or nine of his masterpieces which are part of the collection of 61 given by his widow Isabella Pakszwer de Chirico‘ heirs, in 2011. It is exceptional. 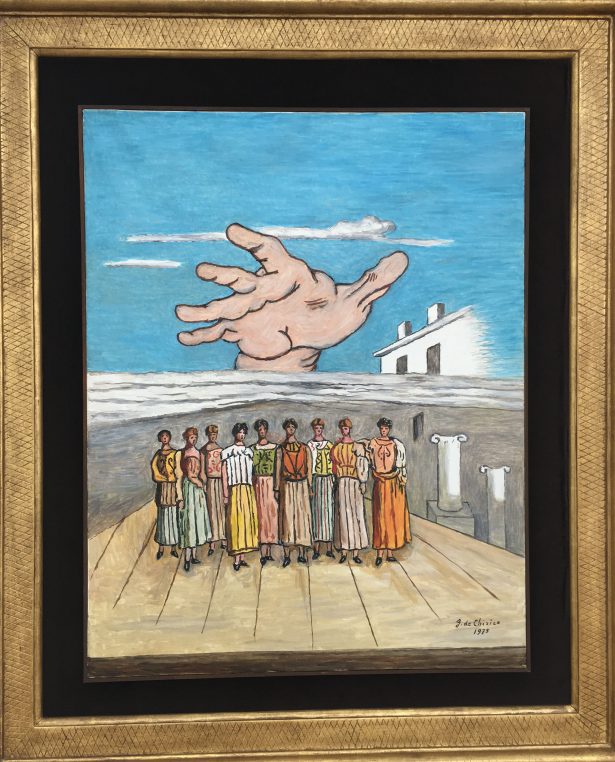 Musée de l’Orangerie was going to open a retrospective of his Metaphysical paintings on March 31. It now will open on September 16 and this large room at Musée d’Art Moderne could be a teaser. His paintings are extremely powerful and inspired by the antiquity.

Born in Volos, Greece, in 1888, he died in Italy in 1978. His mother was half Greek from Genoa and his father from Sicily. His younger brother is the wonderful writer Alberto Savinio. He moved to Paris in 1925 but parted from the surrealists whom he had very much impressed with his writings on Metaphysics before the First World War.  He then devoted his art to metaphysics and classical themes. He also often painted sculptures and architecture. 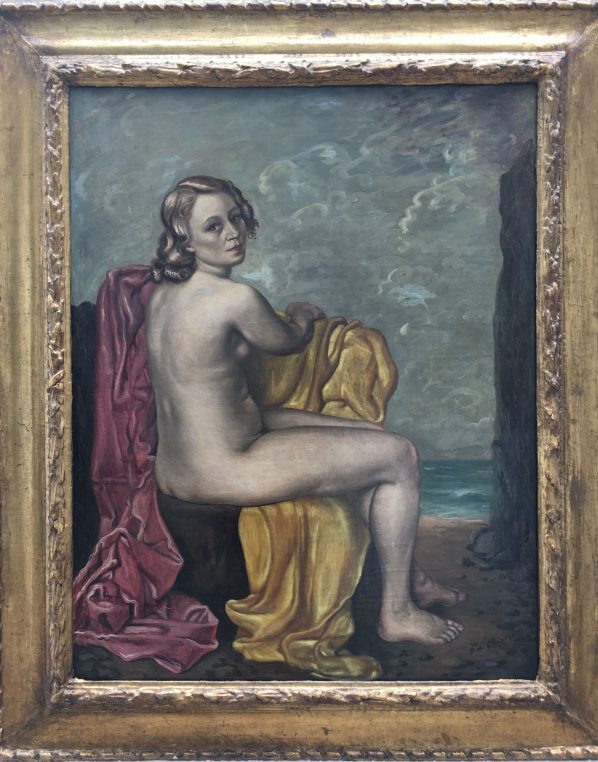 His wife Isabella, whom he met in 1930  survived him until 1990. She was Russian and had been a constant source of inspiration. They spent the war in New York but returned to Paris afterwards. There are many portraits of her but I also love the self portrait he did at 61, which is not very flattering… 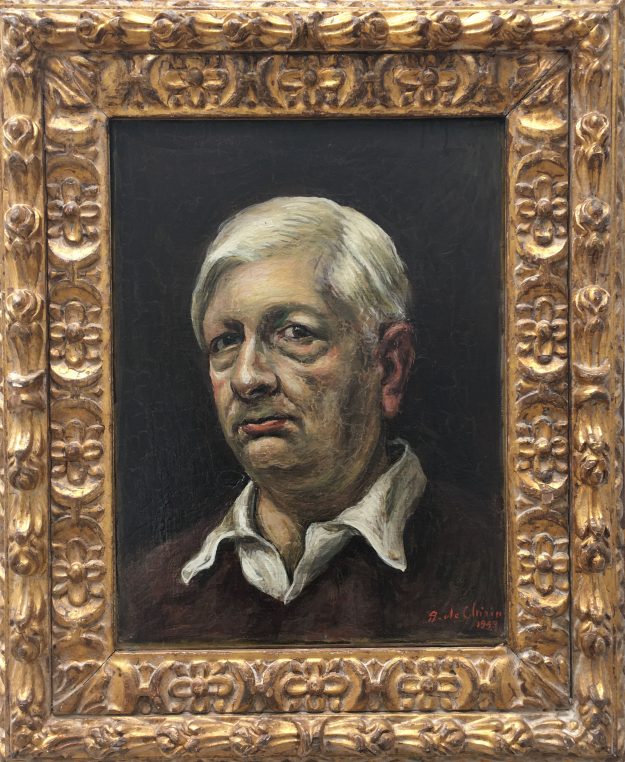 So get ready to book l’Orangerie in September which will be the busiest month of the year with ArtParis starting on the 9 th and Claude Bernard hosting the dinner where everyone will want to be invited! Roland Garros, all the weddings and funerals canceled in the spring, and the usual events of la rentrée. We need to rest a lot this summer if we want to survive this overwhelming program …