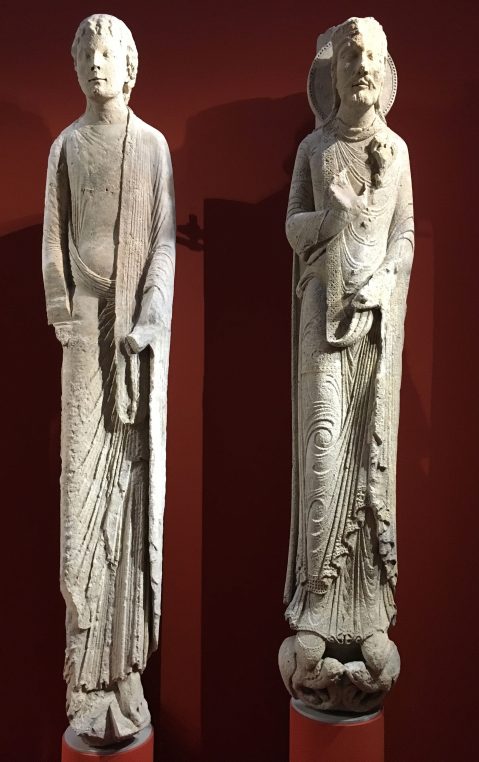 Kings of the Old Testament, 1140-1145, Statues columns from Chartres cathedral restored by the American Friends of Chartres

Musée de Cluny is currently being totally remodeled and the new entrance in a modern building is a huge success. Besides the lovely exhibition around the “Unicorn” tapestry “La Dame à la Licorne”, a large show “Naissance de la sculpture gothique”  of 130 statues from 1135 to 1150 illustrates the birth of Gothic sculpture in Saint Denis and at Chartres cathedral. It is the best way to see these incredible works of art from close up.

There are still discoveries being made in the excavations of Saint Denis basilica where the kings of France are buried and historians have discovered that the master stone carvers who were travelling all around France as compagnons, were carrying notebooks with models of columns and characters that they repeated all over with their own whims. The statues  found in both churches have common traits and it is fun to follow the influences of this new style developed over fifteen years.

Soon the “Treasures of Chartres” will be open to the public and some of these sculptures have been recently restored in preparation.  What is left of of the burnt cloister of Saint Denis (in 1750), all the elements which were kept in Rouen, in the Louvre and elsewhere are united with the collections of Cluny. This show is really the produce of many years of restorations of deposed statues. It is completed with illuminated bibles lent by the Bibliothèque Nationale.

Rétable with twelve apostles or “Crosby Retable”, St Denis, ca 1140-1145, inspired by the Doors of Chartres

A head of King David came from the Metropolitan museum, it used to ornate Notre Dame de Paris. Another one of Moses was at St Denis and is now part of the Walters Art museum in Baltimore. The Queen of Saba, a prophet, a King from the Old Testament are together for the first time. And all these faces are incredibly modern in their expressivity. 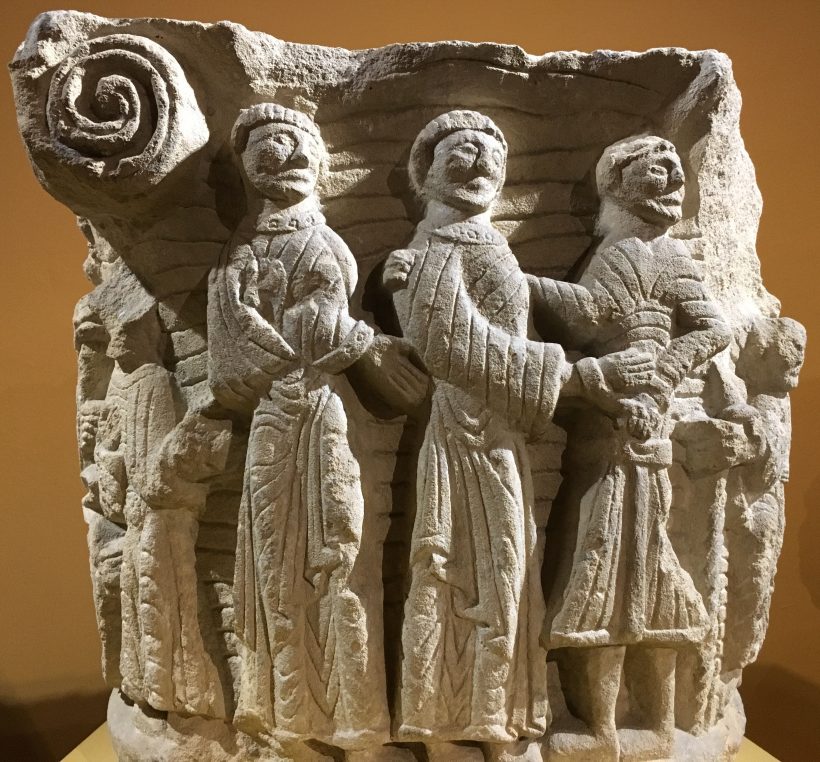 At the Louvre, as you can read in the excellent issue of “Grande galerie” the magazine (in French only) edited by Adrien Goetz recently made an academician, the same period is largely illustrated in rooms 200 to 211 around Cour Marly.  The influence of Greek style is also well marked. 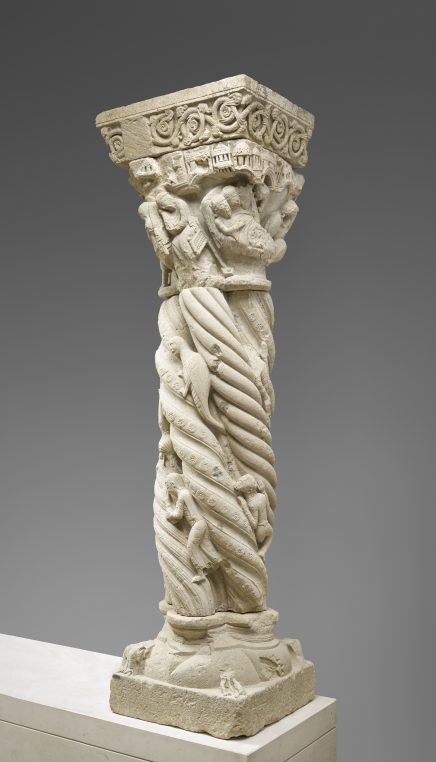 Even if you are not particularly interested in Medieval art, make sure to see this show at Cluny which is extended until January 27. It is very  impressive!