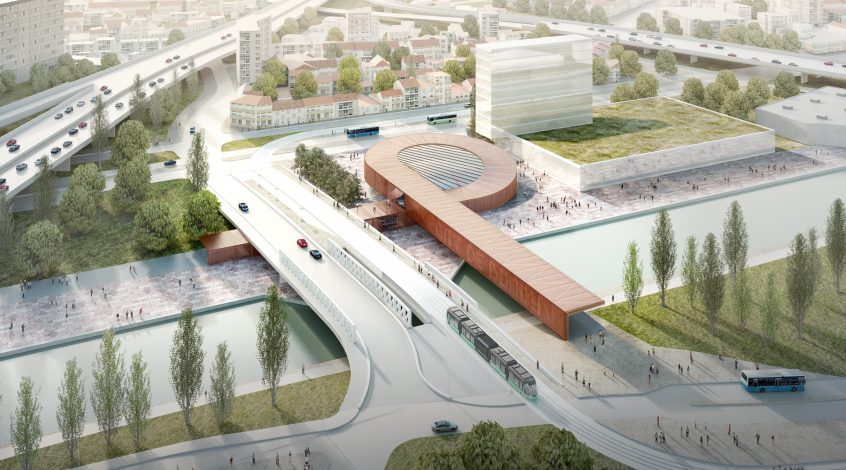 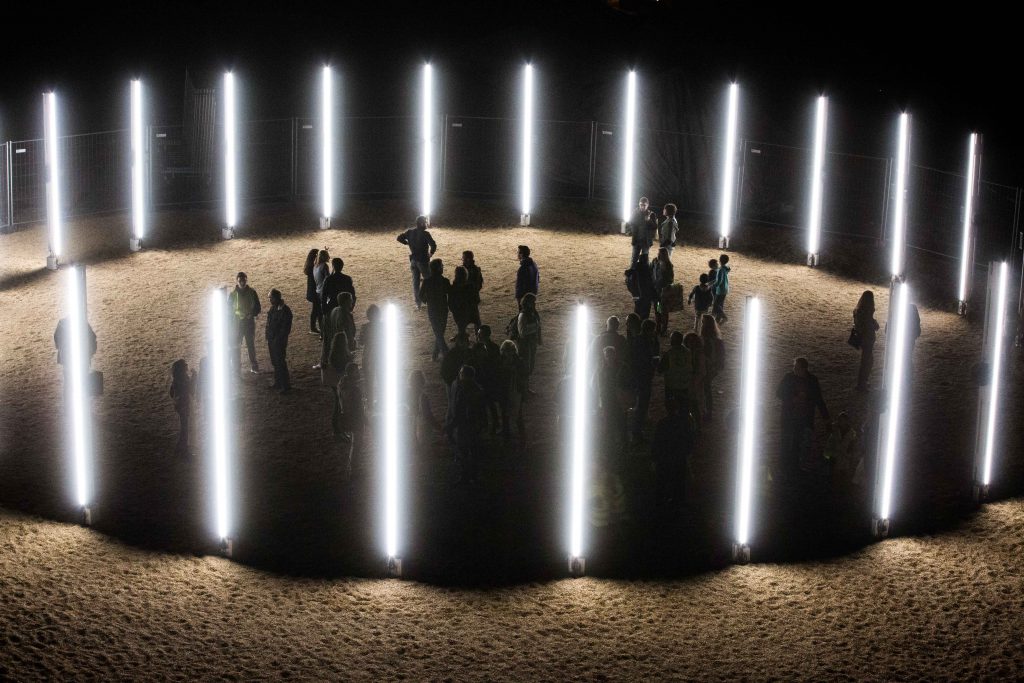 It is not a new concept to turn train stations into artworks and Gare de Lyon or Grand Central Station in New York are proof of it. But to create 68 new stations in the greater Paris for 200 kms of automatic subway lines might be a true revolution and the project to be completed in 2030 is called « Le Grand Paris Express ». It will be located between the Périphérique, official border between central Paris and the suburbs, and the 80 kms long A86, a motorway that surrounds the greater Paris.

The new stations for lines 14, 15, 16, 17 and 18 , are designed by thirty seven teams of architects and furniture will be conceived by Partick Jouin. Signage is coordinated by Ruedi Baur. Architects Jean Paul Viguier in Bécon les Bruyères, Jean Michel Wilmotte in La Défense, Dominique Perrault in Villejuif, Elizabeth de Portzamparc in Le Bourget, Kengo Kuma in St Denis Pleyel, Dietmar Feichtinger in Parc des Expositions and St Quentin Est, are among the many talents who will be joined by artists to enhance the outskirst of the stations.

There was a sense of trendiness in La Colonie, a cultural bar opened last October by Kader Attia, near Gare du Nord, where the project was being unveiled to the press. Philippe Yvin, president and José-Manuel Gonçalves were presenting the new concept of hiring one architect and one artist to work as a tandem for new train and subway stations. François Barré, former director of architecture and Patrimoine,   is one of the artistic advisers who joined, to recommend artists such as Michelangelo Pistoletto, Céleste Boursier-Mougenot, Ann Veronica Janssens or Ivan Navarro… 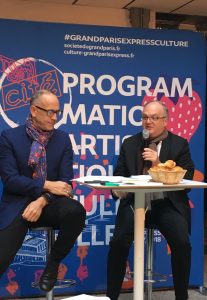 This project is the third major urban revolution after Baron Haussmann in the 19 th century and Paul Delouvrier in the 1970’s, who developed « Les villes nouvelles ». The idea is to revamp the suburbs, energize and intensify the center of towns. And a little bit like André Malraux who built “Maisons de la culture” all around Paris, it is a project to create  modern and energetic centers near transportations.

Train stations will become a hub for shopping, working, and enjoying oneselves. The Eurostar station of King’s Cross St Pancras in London or the Hamburger Bahnhof in Berlin, a contemporary art center,  are proof that luxury can increase the attraction of waiting and shopping in stations and Saint Denis Pleyel which was started North of Paris in 2016, is the largest with 250 000 travellers a day.

A group of 79 members of the artworld have sworn to concretise the ambition of urban, cultural and social innovations of this huge project. Conferences will take place every month this year at Maison de l’architecutre en Ile de France (148 Fbg St Martin), where architects will present their projects. And students from art and design schools will be involved in some of them. One of the themes will be the Clock in each station.

1/1000 ( 1,7m€) of the budget will be devoted to artistic creations that tell the story of the area, including 800 meters of public space around the stations. 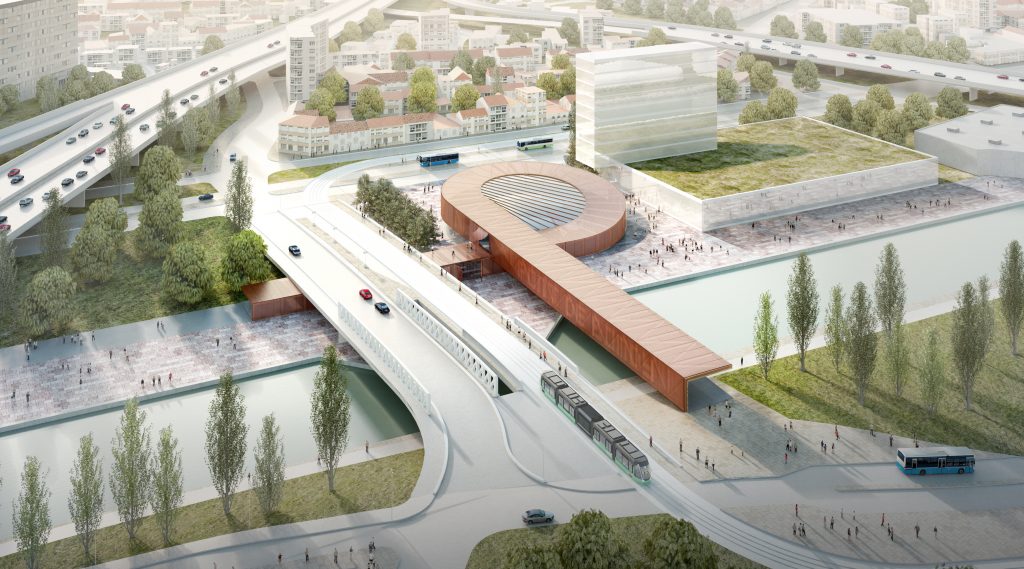 This is a major step ahead: whatever the politics of France … the Grand Paris will survive and might even  become a focus of interest for contemporary architecture making disinherited towns such as Villejuif or Gonesse famous spots.