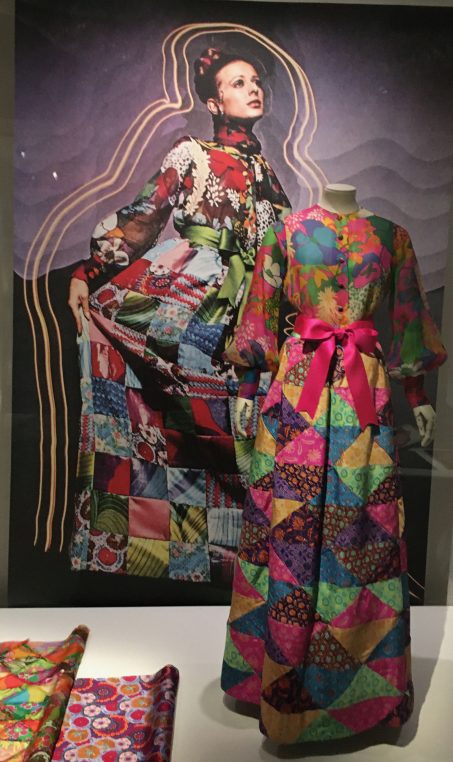 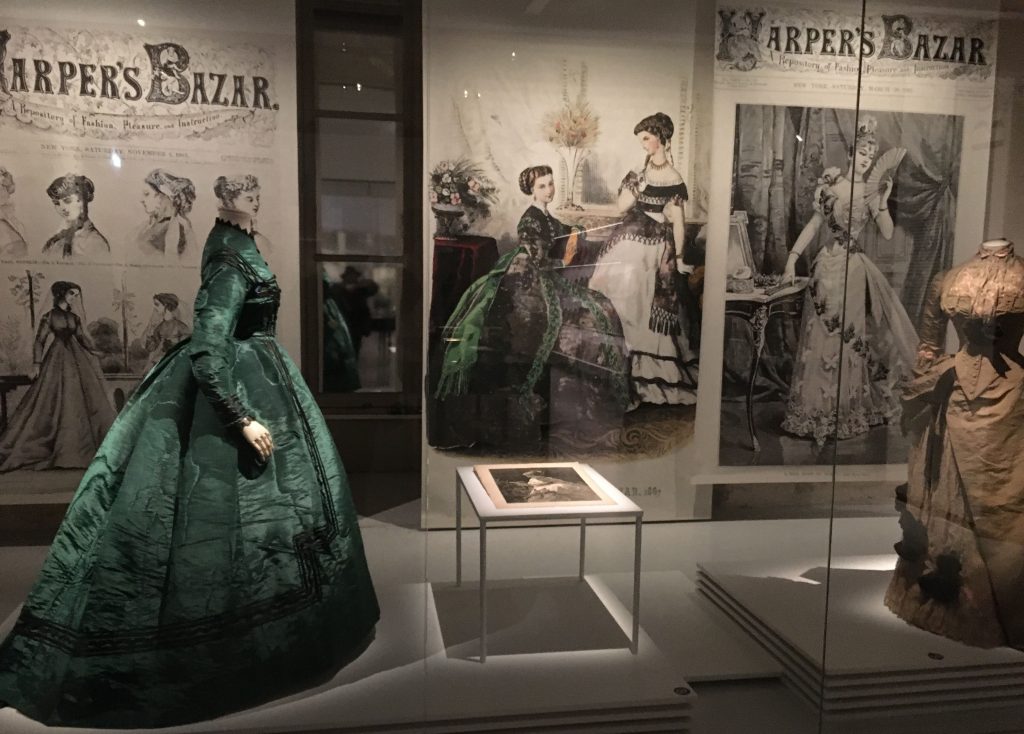 Vogue magazine was predominant in 20 th century fashion magazines but it was only founded in 1892 and it acquired its fame and power thanks to Condé Nast who bought it in 1909. I learnt in this new exhibition at MAD (Musée des Arts Décoratifs), “Harper’s Bazaar, First in Fashion” that its long time competitor had been started 152 years ago, in 1867. Mary Louise Booth, (1831-1889) was its first editor: a francophile (she had French ancestors who fled the Revolution), who supported the Union during the American Civil war, she stood out to the cause of women, suffragettes and abolitionists. The show is much more fun than it sounds with many beautiful dresses by Yves Saint Laurent, Chanel and Karl Lagerfeld set in front of their photographs by Peter Lindbergh or Richard Avedon. A nice moment of nostalgia… 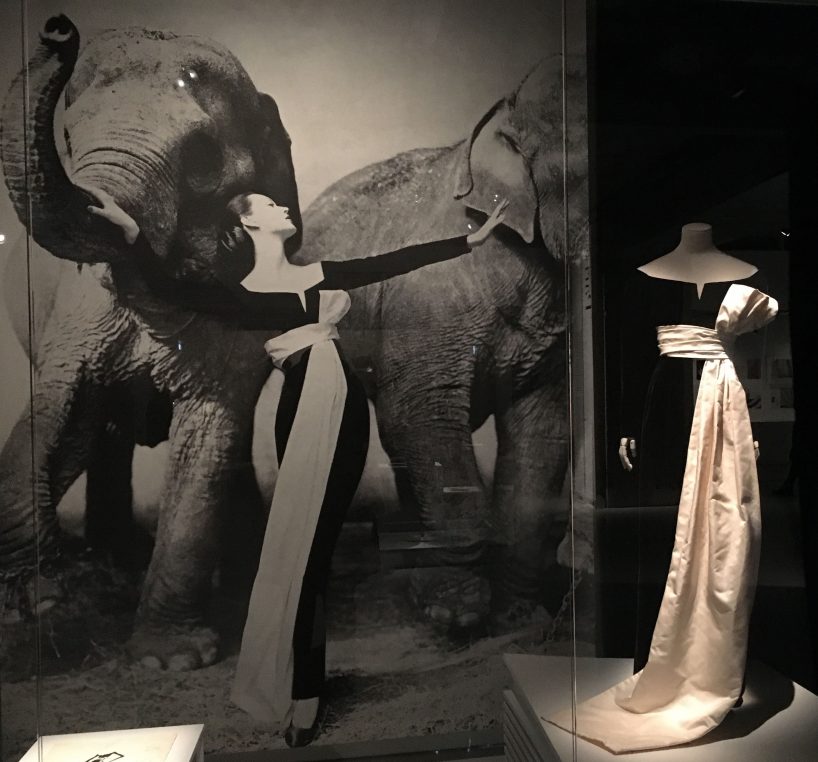 The iconic picture of Yves Saint Laurent’s Couture dress for Dior, fall-winter 1955, photographed by Richard Avedon for Harper’s Bazaar with the real dress

This exhibition also celebrates the reopening of the fashion galleries of the museum which were under work for two years. A superb staircase has been designed by Adrien Gardère to lead to the second floor where the stone walls are now visible thus producing a great modern effect. The fashion shown here includes Worth, Poiret, Lanvin, Vionnet, Schiaparelli, Dior and Balenciaga, a short history of fashion as seen through American eyes and most dresses come directly from MAD’s collections. 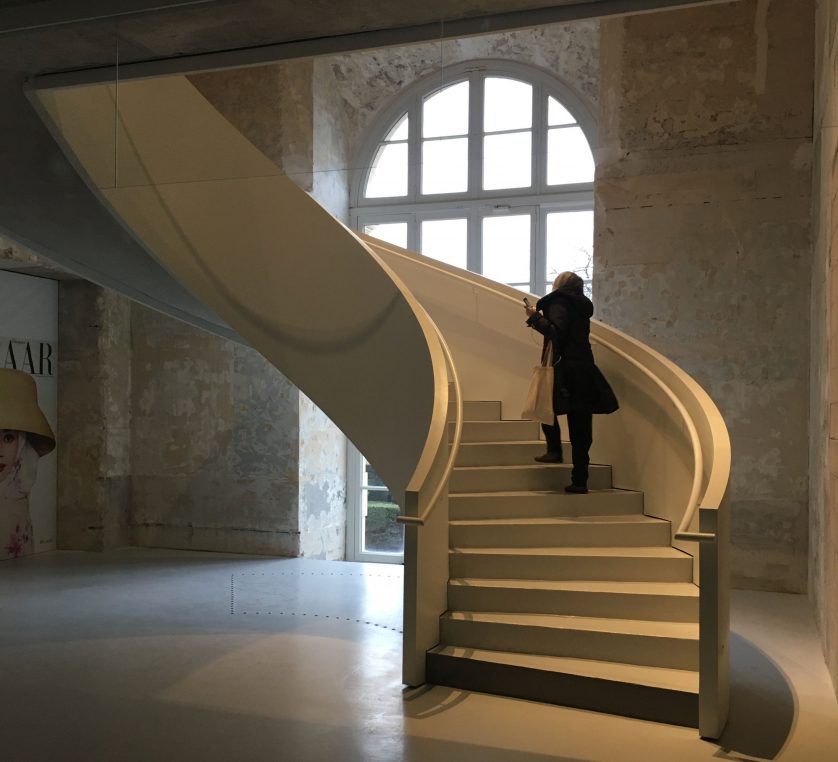 The winning trio of the 1930’s, Carmel Snow (came from Vogue), Alexey Brodovitch and Diana Vreeland (would leave for Vogue), were nicknamed the “Holy Trinity”. They introduced major photographers such as Walker Evans, Richard Avedon in 1944 and Hero in 1954.

In 1947, it was Snow who called Christian Dior’s first collection “the New Look” and her again who noticed Hubert de Givenchy in 1954, who would dress Audrey Hepburn in “Funny Face”. In 1992, Liz Tilberis became editor in chief and introduced Patrick Demarchelier as a photographer. In 2001, it was Jean Paul Goude who made ambitious pictures with his unique sense of humor. 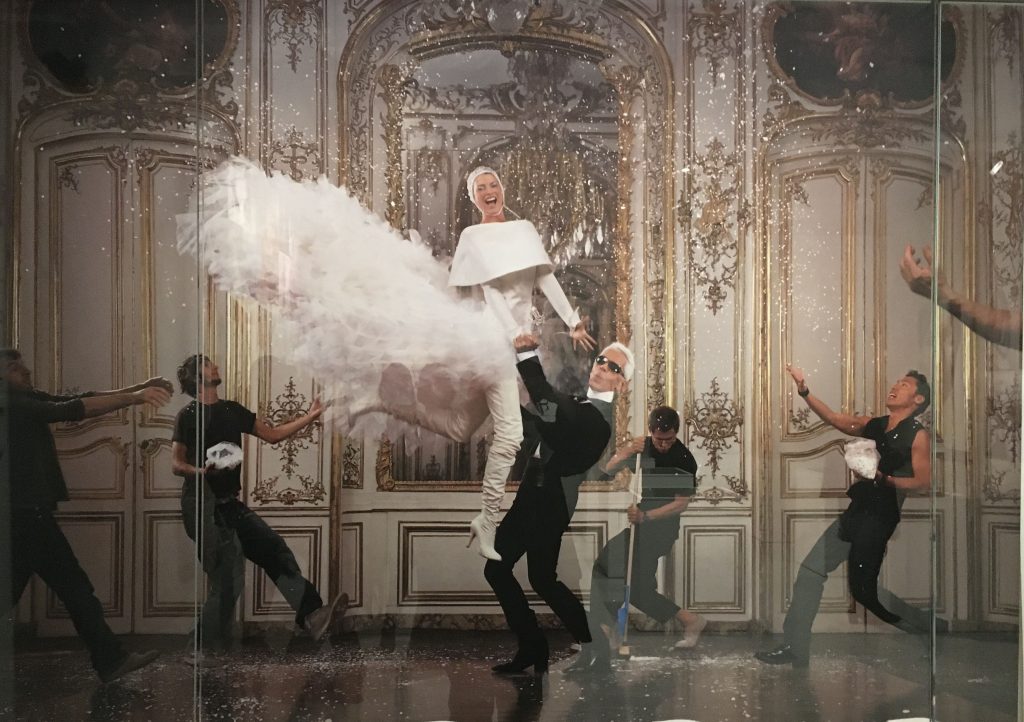 Now that fashion is considered as an art in itself, more money and care are injected in each exhibition. At the gala dinner, Director Olivier Gabet entertained Gwyneth Paltrow, Demi Moore, Peter Marino, Anna Wintour and Hélène David Weil among many fashion stars. 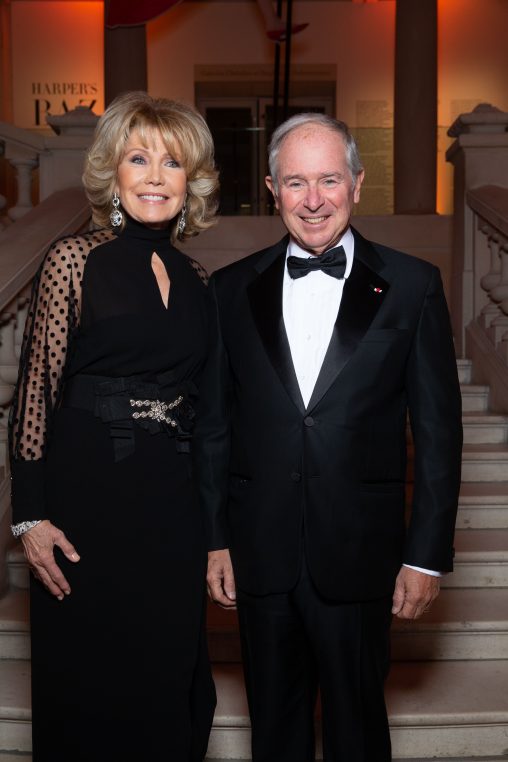 Stephen an Christine Schwarzman at the gala dinner

This show is conceived as a lesson in couture and journalism: it is very diverse and well curated by Eric Pujalet-Plaà and Marianne le Galliard.  Avril Graham, fashion editor at Harper’s Bazaar today, was there to inaugurate it with Christine and Stephen A. Schwarzman who supported the renovation of the galleries.

2 Comments on “Harper’s Bazaar is celebrated at MAD”