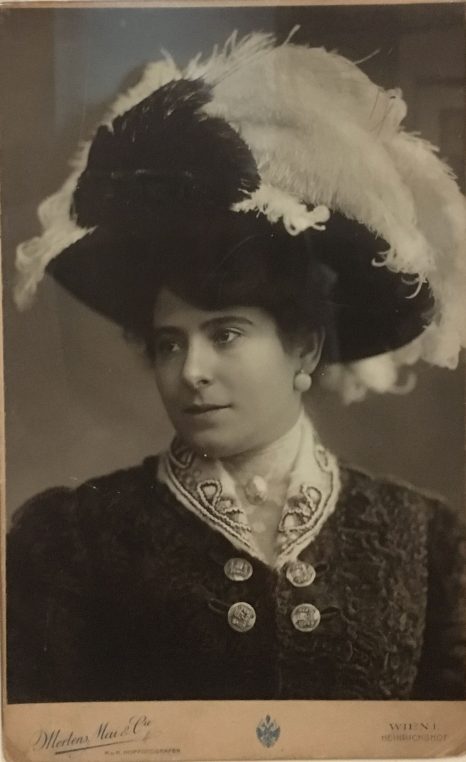 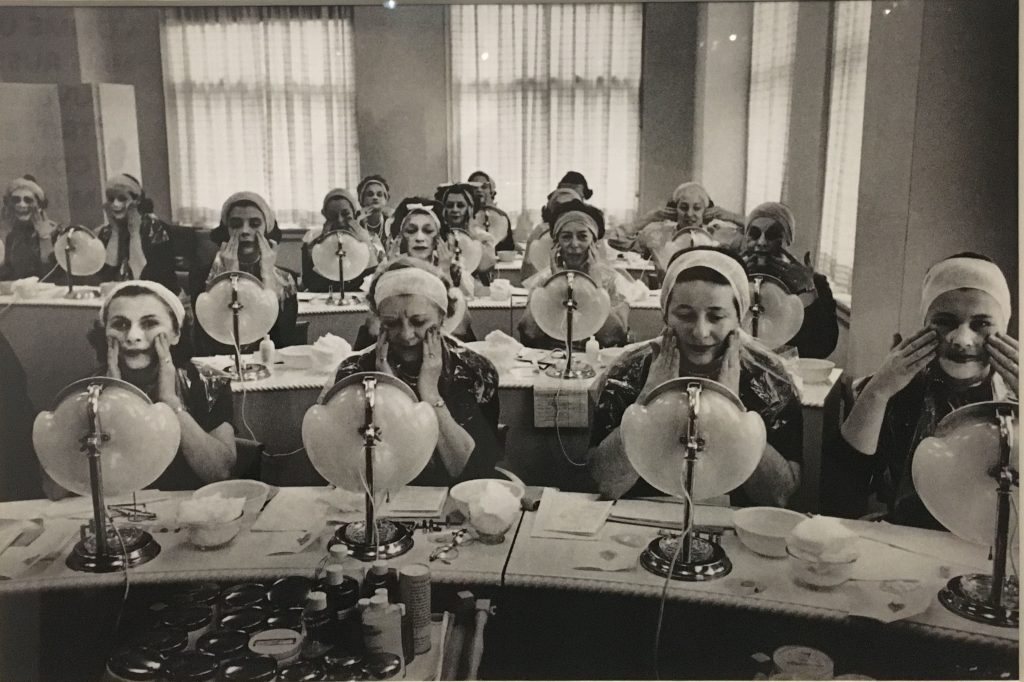 What is most interesting in the Helena Rubinstein exhibition at Musée d’art et d’Histoire juive, is the artistic talents that she developed over a long career as a business woman of beauty. All along her intense and long life, this young woman born in Krakow in 1872, was interested in fashion, painters, architects and decorators. Like Jeanne Lanvin or Christian Dior, she collected avant garde designers and the show is full of photographs of her buildings, beauty salons and it has brought together part of her art collection. Unfortunately, the curator was her biographer and not an professional art historian. 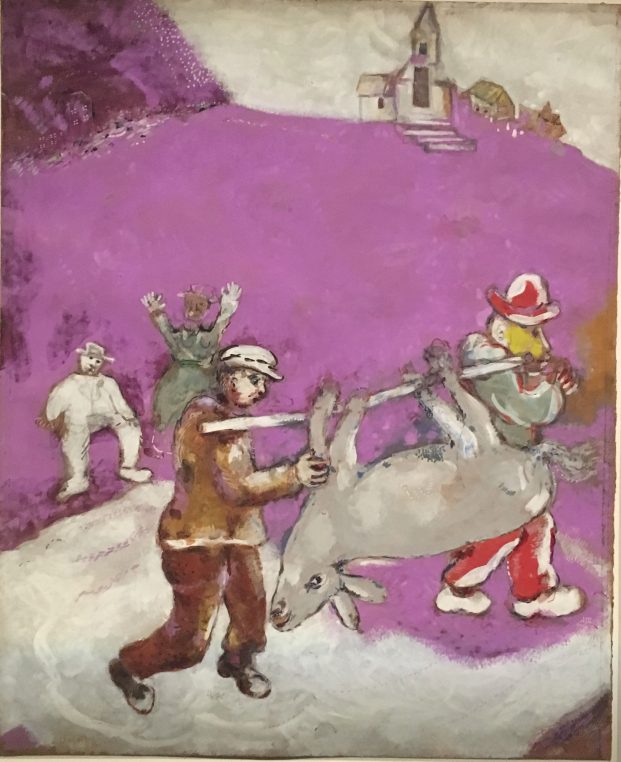 The first photographs of Rubinstein show her on her business card, in Vienna in 1885: already determined but very conservative. If you move briskly to her images of 1930, when she is in her lab of Saint Cloud, she has become the sophisticated iconic American beauty. During these forty five years she travelled to Coleraine, Australia,  at 24, and Melbourne where she opened her first beauty parlor. This is when she created a cream made with lanoline and plants called Valaze, a Hungarian name which means “gift of God”. The immediate success will allow her to open another salon in Sidney, then in Wellington and Auckland, NZ. 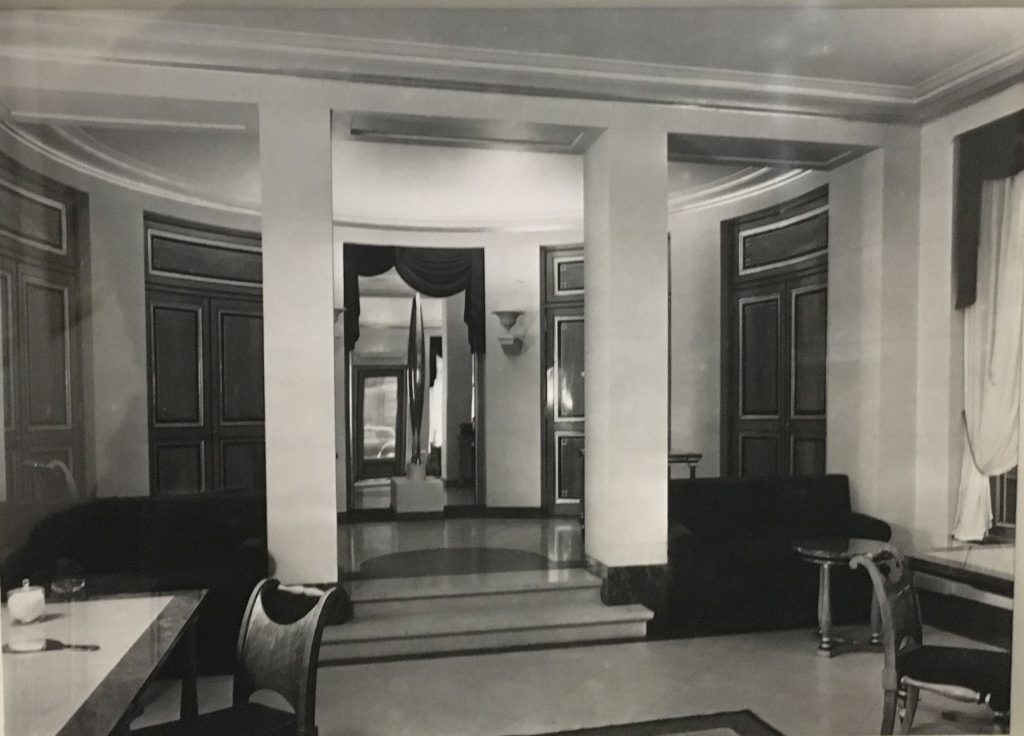 In 1905, she returns to London, Paris and Germany, meets doctors, aesthetic surgeons and dermatologists and starts using their knowledge for her beauty products. She discovers Serge Diaghilev’s Ballets russes, meets sculptor Jacob Epstein and starts buying African and Oceanian sculptures. In Paris, in 1912, she meets Misia Sert who, like her, is Polish and introduces her to many artists like Modigliani and Juan Gris. 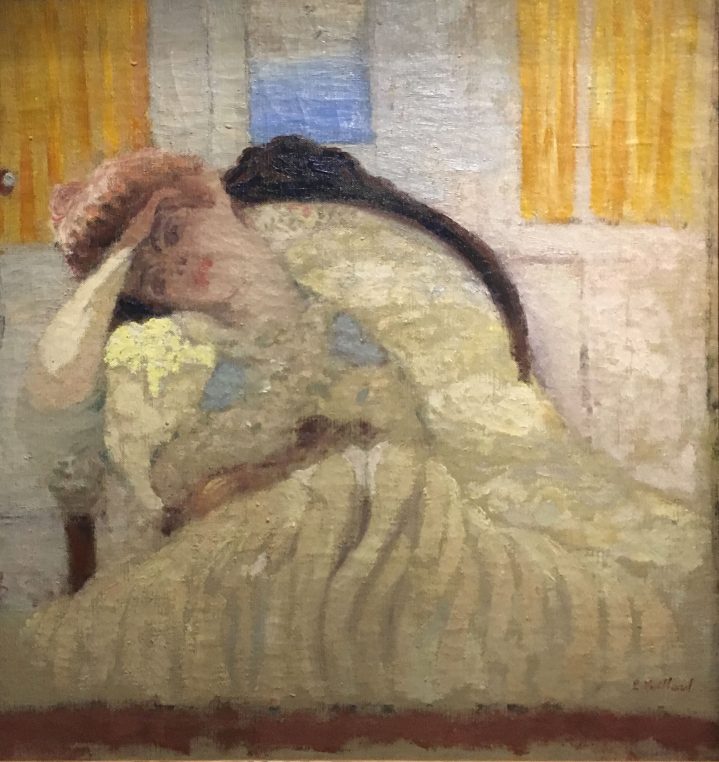 She befriends all the couturiers of the time, and lives there for a while with her American husband Edward Titus. This is when she really discovers the art scene and is portrayed by Helleu, Marie Laurencin, Pavel Tchelitchev, Christian Bérard, Salvador Dali, Raoul Dufy… 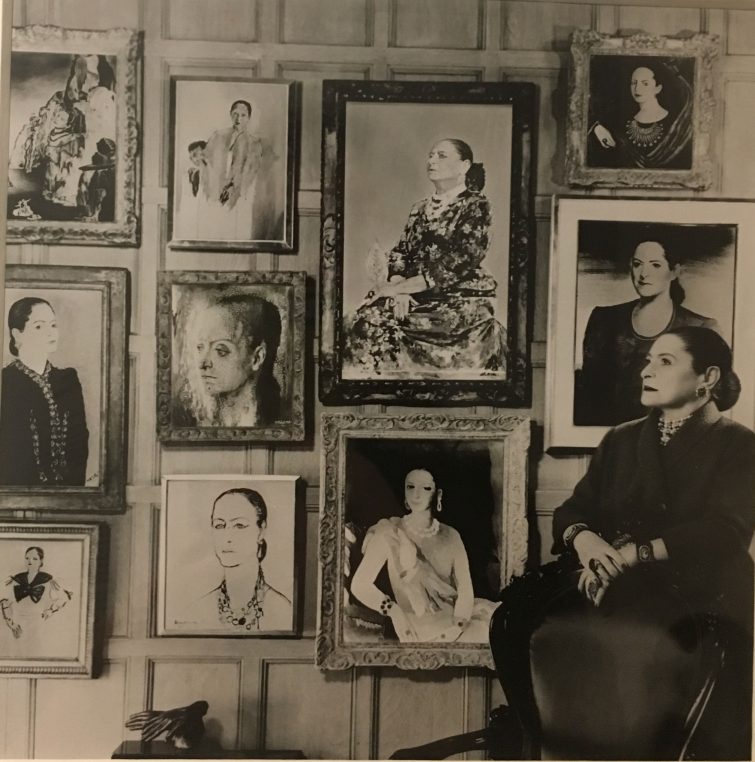 In 1937, she moves to a building she commissions from Louis Süe at 24 quai de Béthune on Ile Saint Louis. Jean Michel Frank is the decorator and she creates carpets from Picasso and Lurçat drawings. There she keeps the triplex on top and will have as famous neighbour François Mauriac and later the Pompidou will move in. In 1938, she divorces and marries a Georgian, prince Artchil Gourielli-Tchkonia, who is 23 years younger an will sadly die long before her. 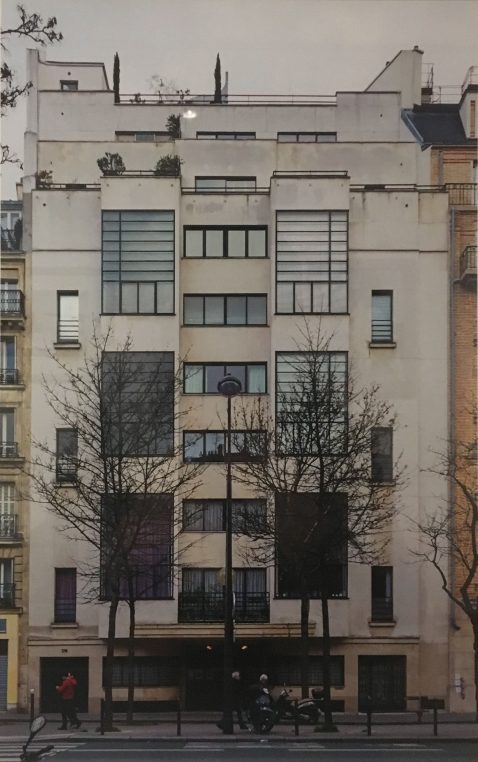 Building on 216 bd Raspail commissioned to architect Bruno Elkoulen where she moved in 1934. It now houses classes from la Sorbonne

In New York, her success is huge when she moves there during the First World War. She also puts the emphasis on luxurious beauty salons in department stores and in main American cities. In 1928, she sells her company to Lehman Brothers for 7  million$ and buys it back a year later for 1.5 m$ after the crash of the stock exchange. Her salon on 715 Fifth will be lavishly decorated in 1937, with Giorgio de Chiricio murals and African statues. 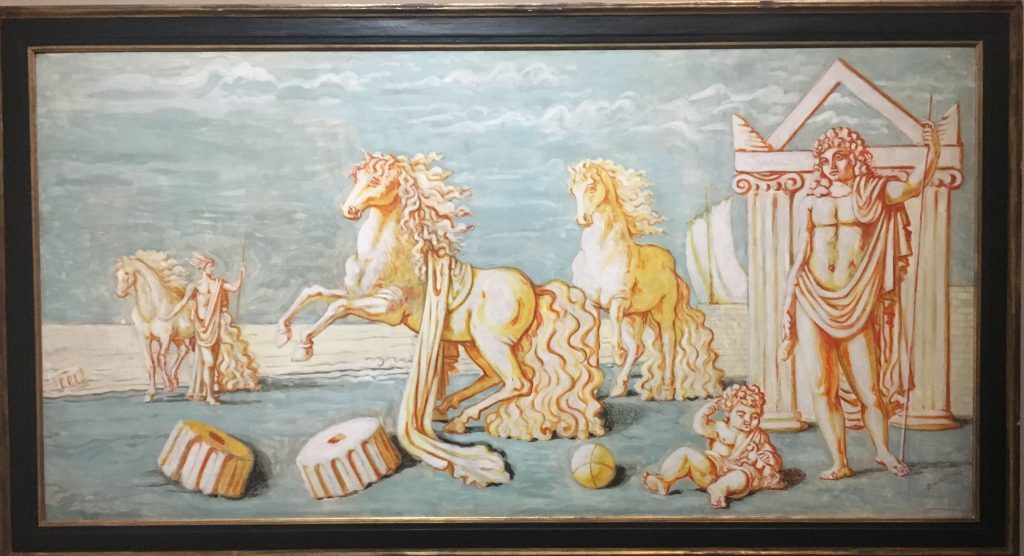 In 1948, she opens the first beauty salon for men in New York, “The House of Gourielli”, with a barber, a sauna and a restaurant. How visionary…

After the deaths of both her husband in 1958 and the car crash of Horatius her youngest son, she fights depression with extensive travelling.  She becomes close to Israel where one of her nieces lives, meets Ben Gurion and Gold Meir and builds a factory. 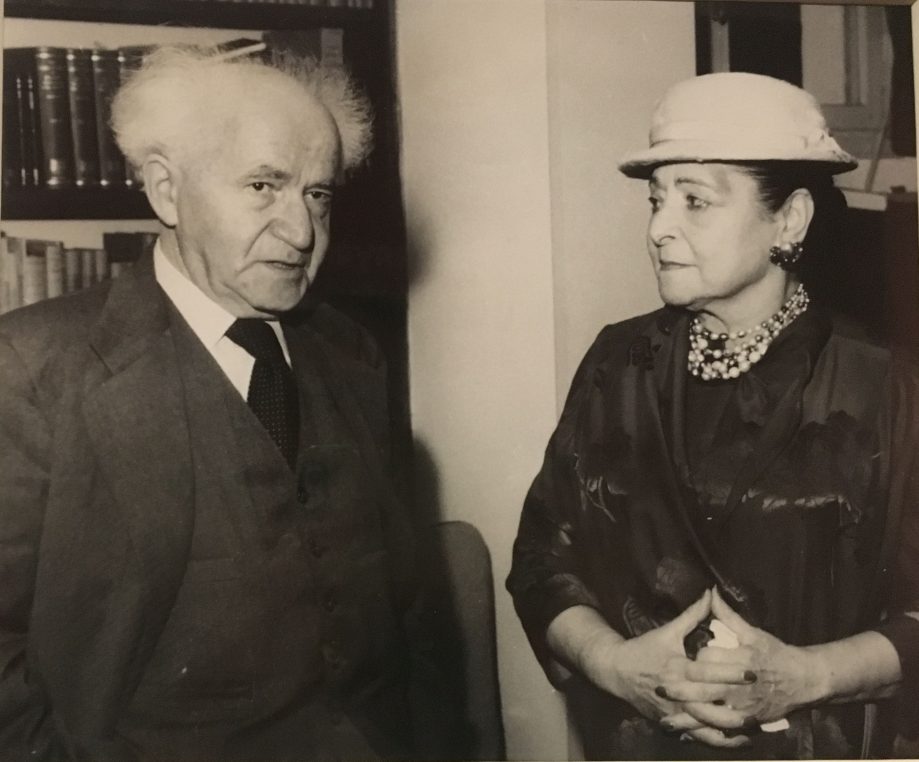 With David Ben Gurion in Israel in 1958

She also finances the Helena Rubinstein Pavilion for contemporary art in Tel Aviv and will give the young museum some of her paintings. She dies in 1965 in New York at 93. Her company employs 30 000 people on three continents and in fourteen countries. It is now part of l’Oréal.

The exhibition is at mahJ until August 25.