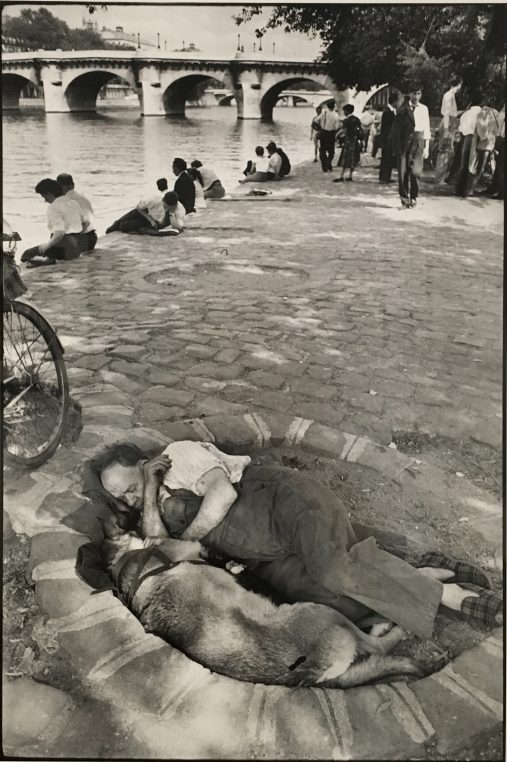 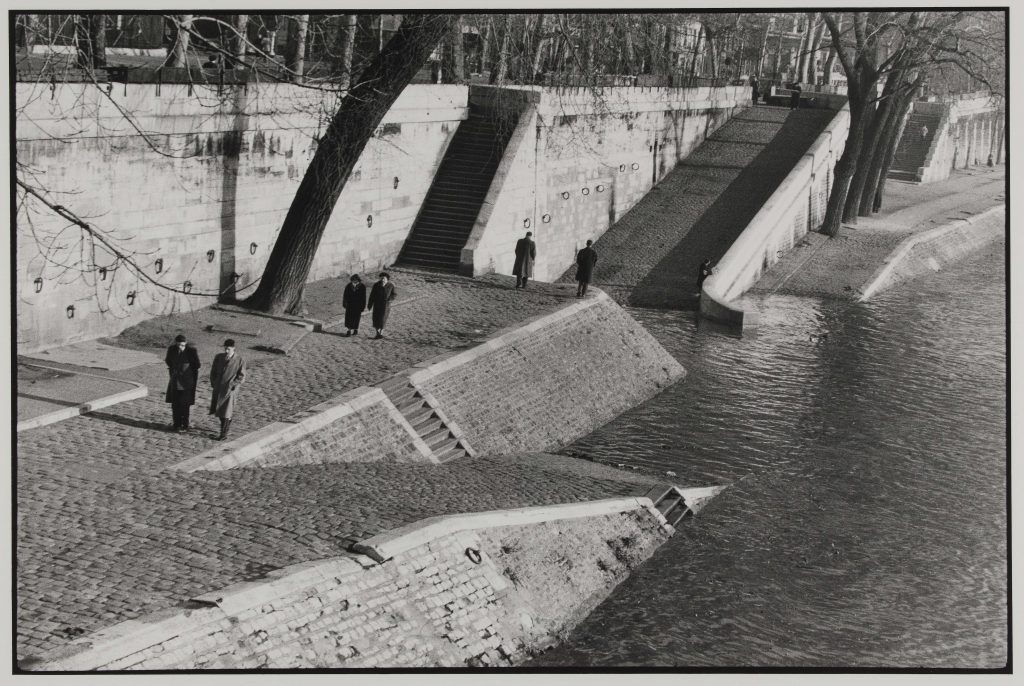 It is a coïncidence that two large exhibitions of photographer Henri Cartier-Bresson are taking place at the same time. I already mentioned the clever one at BNF where four curators have chosen a selection in the same body of 354 works. This one at Musée Carnavalet, the Historical museum of the city of Paris, is organized with Fondation Henri Cartier Bresson and the great friendship between the two curators has done miracles. The two are very different, even though some pictures are common. Devoted to the photographer’s intimate relationship with Paris and his daily vision with historical  and geographical aspects of the city, it takes place in the new exhibition galleries which are very gracious and the hanging is particular interesting. 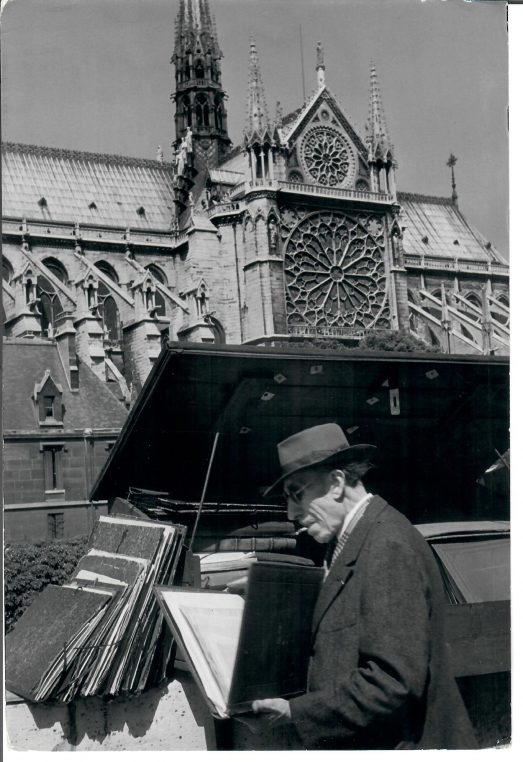 Henri Cartier Bresson lived on rue de Rivoli facing the Tuileries gardens and the Louvre. But he constantly travelled the world for Magnum, the agency her started after the war with Robert Capa. And when he was back in the city his Leica caught the life as if he were still travelling. In this exhibition the two curators Agnès Sire, from Fondation HCB and Anne de Mondenard from Carnavalet, have united their collections and their talent and decided to show the different facets of HCB’s Paris. Many photographs were his selection for his first exhibition in New York in 1933 at galerie Julie Levy. Most pictures are original prints unless mentioned, which makes this show particularly precious. Inspired by Eugène Atget and André Kertész, he starts in the 1930’s at the daily Le Soir which was run by Aragon and also works for the weekly Regards. For them, he covers popular weddings, garden scenes with children, suburban life along the Seine, in Ivry and Juvisy,  and black musicians and artists. He photographs the funerals of Prime minister Aristide Briand and actor Felix Gallipaux, but also street scenes and famous artists such as Leonor Fini, Cristian Bérard, Jeanne Lanvin… 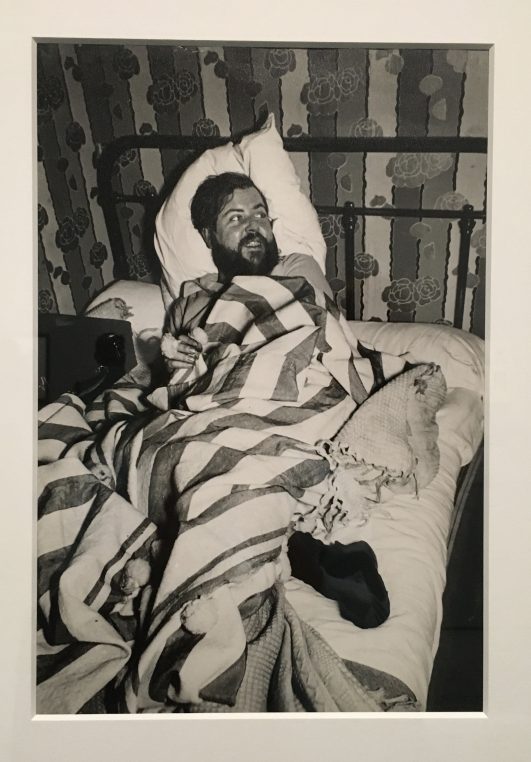 The Liberation of Paris and his pictures caught on August 25, 1944 are a unique testimony of the fervor of the time. His pictures of German officers being arrested near the Kommandantur on rue Meyerbeer, the Palais Royal and its columns with FFI soldiers controlling the Germans who shot from the roof on 26 August, Sacha Guitry being interrogated at the Mairie of the 7 th arrondissement, the destroyed ministry of foreign affairs are all fascinating and moving shots. Those of a reporter with a perfect eye. Later we see him photographing Les Halles in 1952, a policeman chatting with a lady driver in her convertible car on rue Royale, and the Comte de Paris (heir to the throne) crossing the same street (the Royal street), the rooftops of Paris. Then follow a series of portraits of Jean Genêt, Jean Paul Sartre, Christian Dior, and the 1968 demonstrators. His extraordinary sense of humor comes out in the shot of rue de Vaugirard, a street of the Latin quarter, where “Jouissez sans entraves” is written on the walls and an older man walks by it. This is an allusion to the sex liberation where the young generations fought for free love. In just one shot, he portrays the great revolution in behaviors and the clash between generations. His extraordinary sense of humor comes out in this shot, Rue de Vaugirard, 1968, Musée Carnavalet

He portrayed the disappearance of les Halles in an article written by Edmonde Charles Roux in Constellation. Many fantastic images come from it. His love for popular scenes is fully rewarded there. At the end of the show, his drawings of the Tuileries as seen from his flat, hang together. HCB wanted very much to be an artist and at the end of his life, he studied with artist Sam Szafran (who sadly died two years ago). For him drawing was a meditation and this new style corresponded to his need to settle down and stop running. The two curators fo the show, Agnès Sire and Anne de Mondenard on the grand stairs at Carnavalet

Like Jacques Henri Lartigue, who painted colorful bouquets of flowers when age caught up on him, he spent his last years drawing. There are two lovely pictures of his wife Martine Franck and himself in their apartment to close the show which symbolizes the freedom of his life and of his art. The show is one of the most professional and brilliant photo show I have ever seen. And the two curators have managed to dig may unknown shots for our greatest pleasure. Don’t miss the restaurant Les jardins d’Oympe, in the gardens of Musée Carnavalet

When you exit in the lovely gardens of Musée Carnavalet, don’t hesitate to stop for a drink or lunch at Les Jardins d’Olympe. The restaurant is open every day. The HCB exhibition is on until October 21. Closed on Mondays. You can book separately for the HCB exhibition and the museum.

One Comment on “Henri Cartier Bresson, again… at Musée Carnavalet this time”