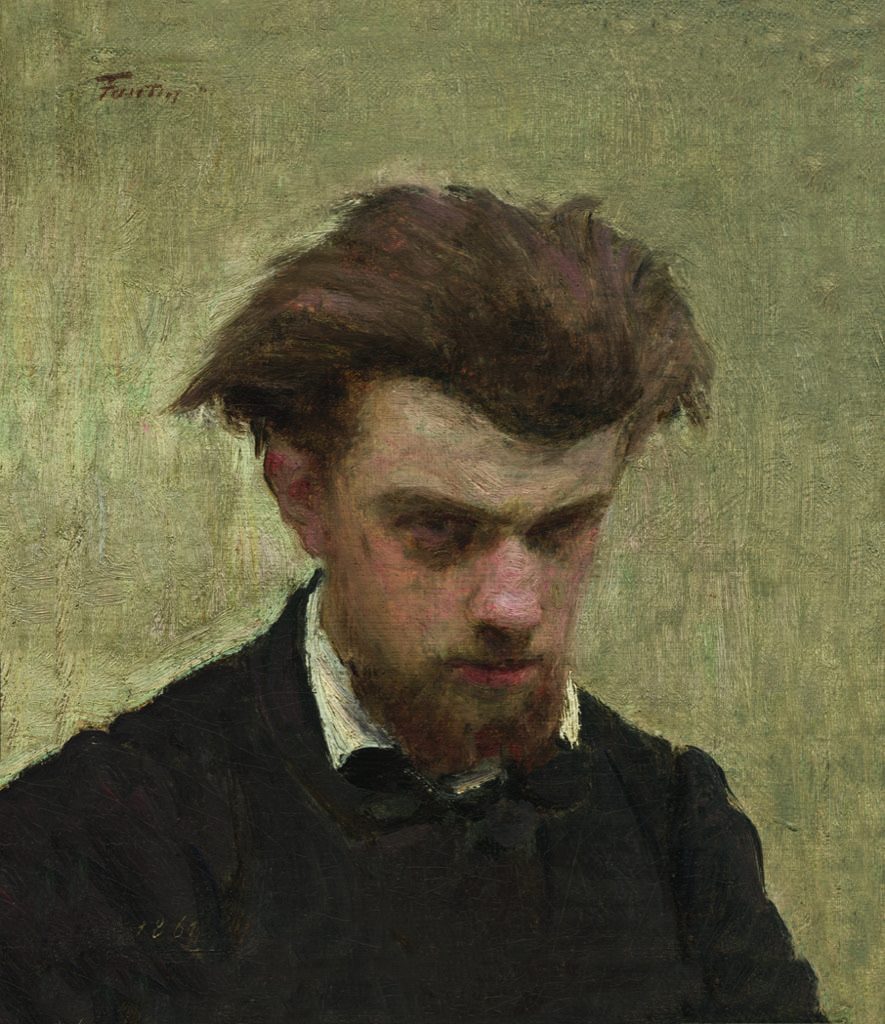 « Painting is my only pleasure and my only goal » says Henri Fantin-Latour at 19. His retrospective at Musée du Luxembourg is a soothing moment of charm and beauty in anxious Paris. And what a surprise to discover his many flower paintings which came from all around the world.

Born in Grenoble, in South East of France in 1836, Fantin-Latour went to live in London after meeting American painter James Whistler at 21 and worked with Edwin Edwards who became his merchant. This stay was decisive and gave him a love for painting flowers, in which he will show his incredible sensitivity and imagination. His work is already shown at the Royal Academy when he is 26 ! 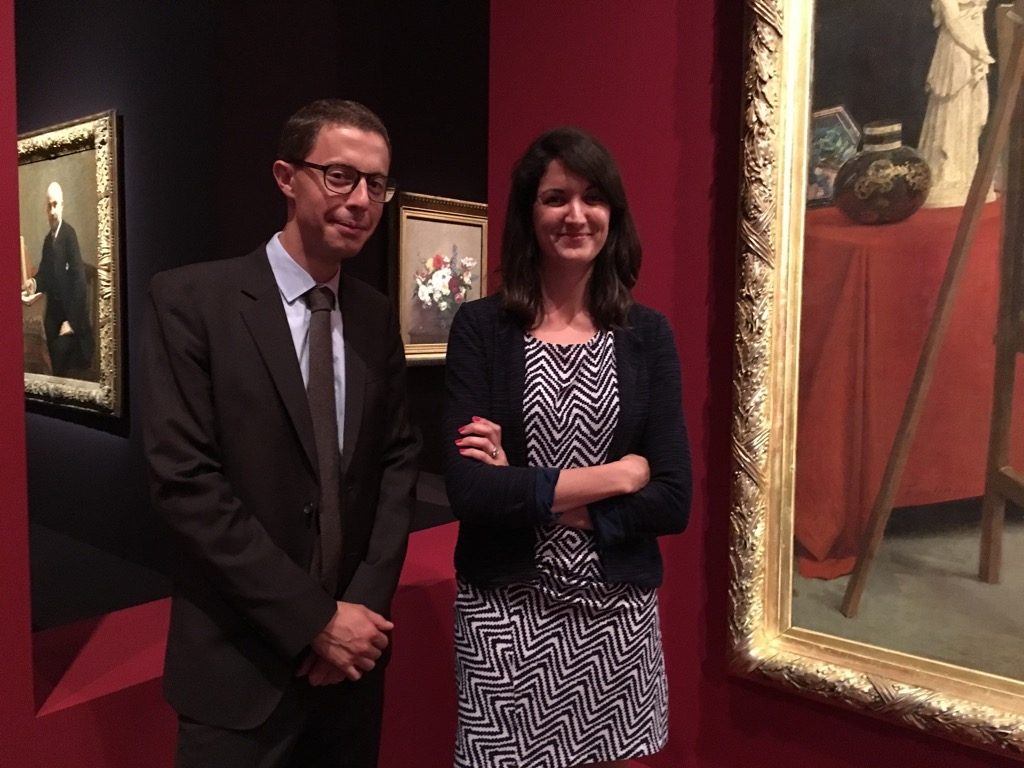 At thirty, he met his future wife, Victoria Dubourg at the Louvre, where he was making a living being a copyist. She was also an artist but gave up her art to manage his career. A pretty painting of flowers, wine and strawberries with a white camellia, celebrates their engagement « Nature morte dite de Fiançailles » in 1869. All in all he will paint 500 works in his garden of Normandy, in l’Orne.

The contrast between his very serious black and white portraits of friends and family, and his inventive choice of flowers is striking. And his early self portraits, hung in the first room of the exhibition, are very surprising, especially one owned by the National Gallery in Washington,which shows him face down as determined as a bull… 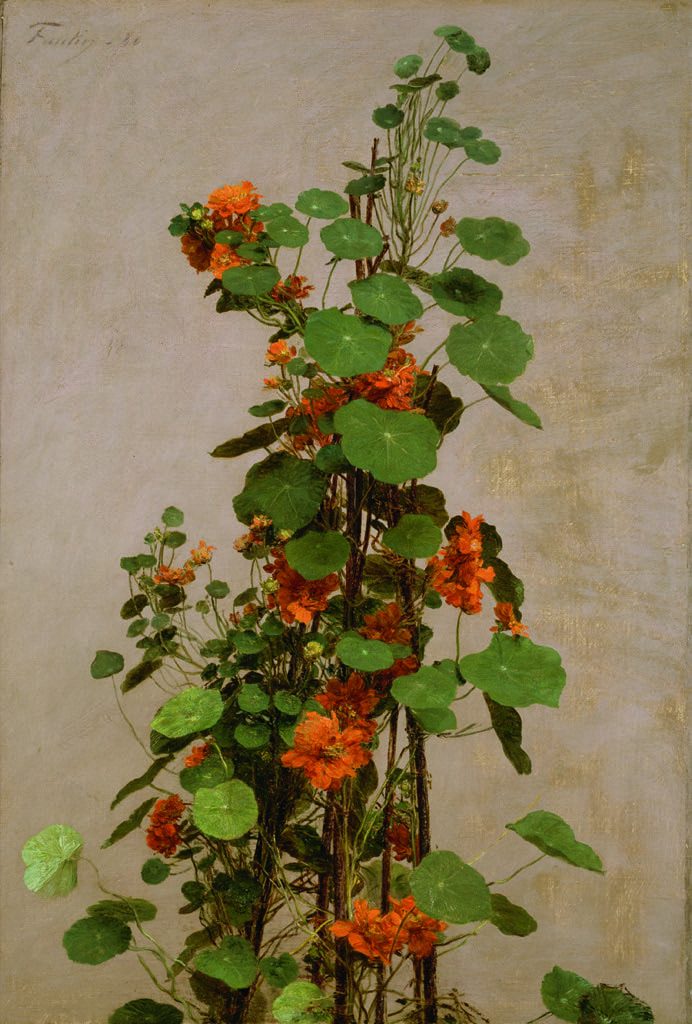 Many paintings come from the Gulbenkian foundation in Lisbon, and from Grenoble where he was born.

As always, the perfect size of Musée du Luxembourg, which belongs to the French Senate, makes this show a delightful respite in our busy and intense lives. Forty five minutes of happiness.