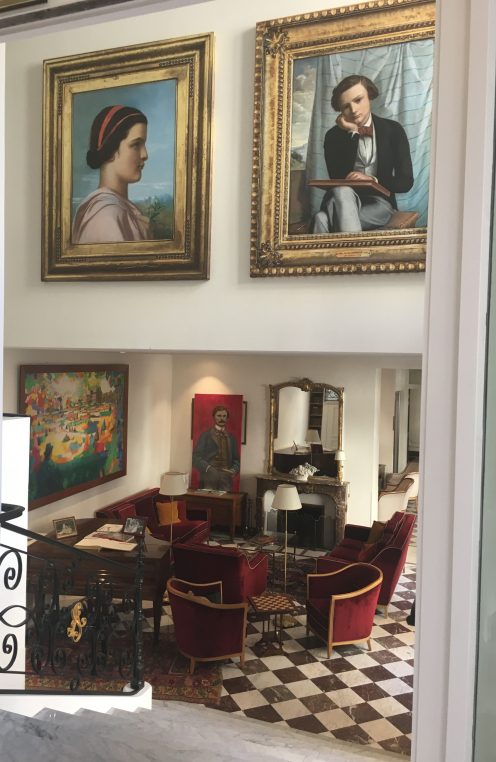 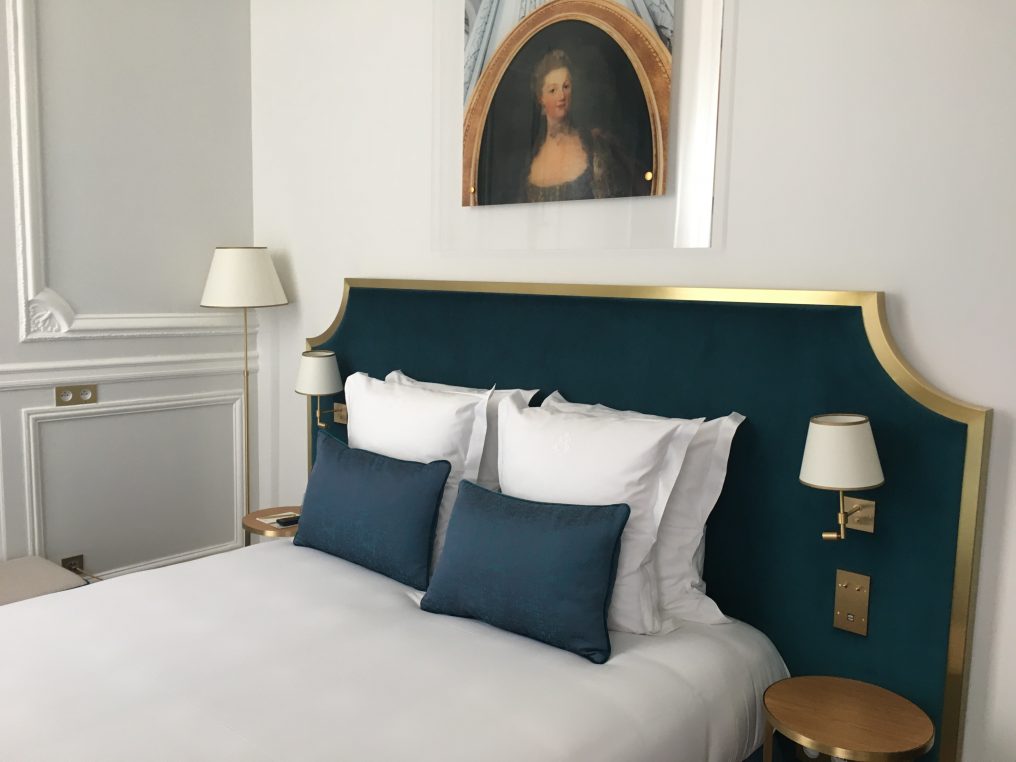 A hotel with taste and a large garden: this is what Alfred Sommier‘s descendant, Richard de Warren, a former diplomat, has endeavored to create 18 months ago. Since, the “yellow vests”, the strikes and the world pandemic have slowed down his business, but on July 1, the hotel reopens with its delightful garden, one minute from the Madeleine. The place is charged with history of the Sommier family, who built it in 1860. Far from the rates of other five star hotels, it is a discrete and luxurious hideaway with a host and a beautiful lunch place, Les Caryatides. 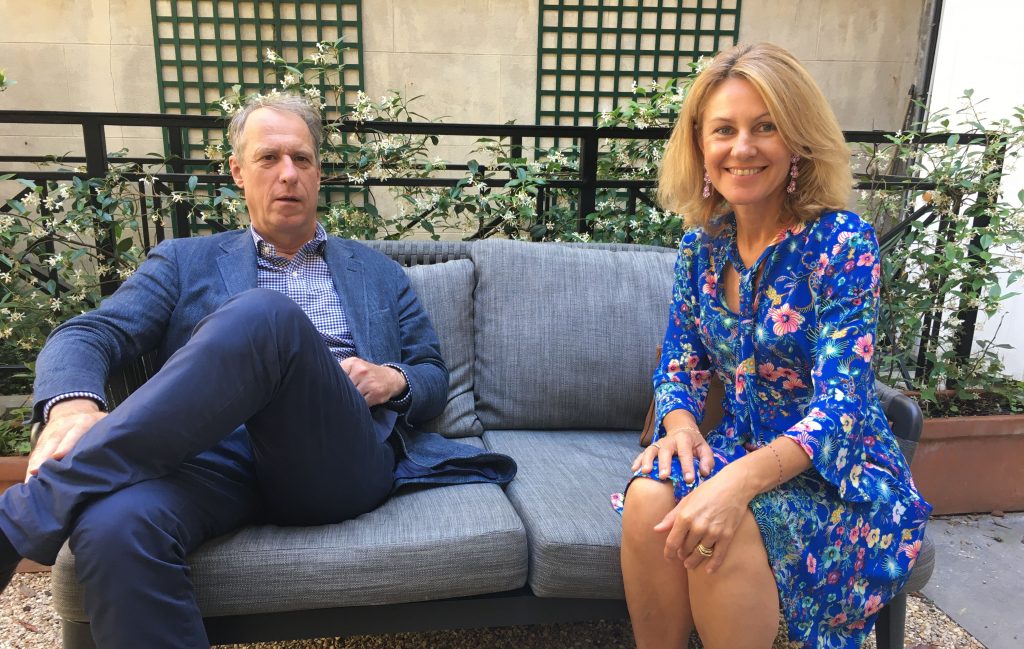 The entrance under a classical arch hardly mentions the hotel and from the street you think you are walking into a private house as it used to be in the 19 th century. After climbing a perron with a  few steps, you soon discover the reception to the right with the family portraits on the wall. The Sommier made their vast fortune in the sugar industry and this house was built as the first sign of their bourgeois establishment at the heart of the 8 th arrondissement, during the Second Empire. Alfred acquired Vaux le Vicomte, in 1875, thus settling in high society. Alfred’s son, Edme, would go on to marry the daughter of French President Casimir Périer. Vaux now belongs to Richard de Warren’s  cousins, the three Voguë brothers, who have reopened the property with fountains restored by Marina Kellen French. 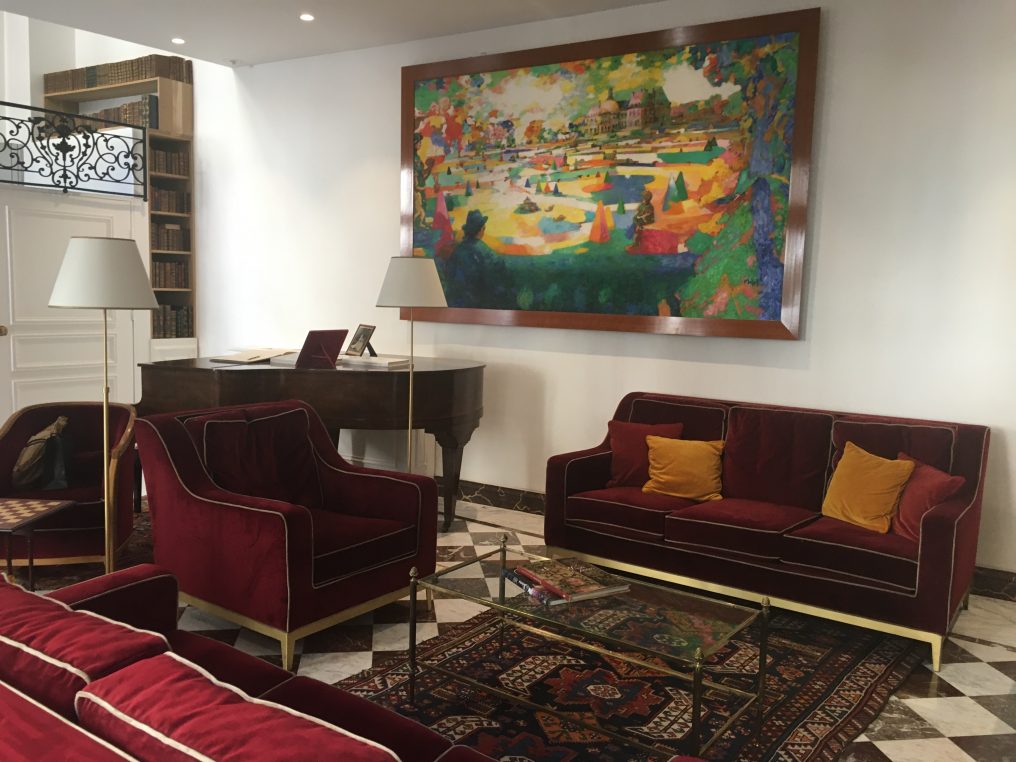 There are many salons with panelings in the hotel which can be devoted to seminars and eighty bedrooms and suites with views of the garden or the courtyard. I really liked the 5 th floor former servants’ rooms with beams and a view of the Sacré Coeur in the distance. The decoration is a mix of old and modern, with photographs by Richard’s cousin Nicolas d’Ursel. The idea is to make you feel totally at home in a sophisticated environment at the heart of Proust’s Paris. 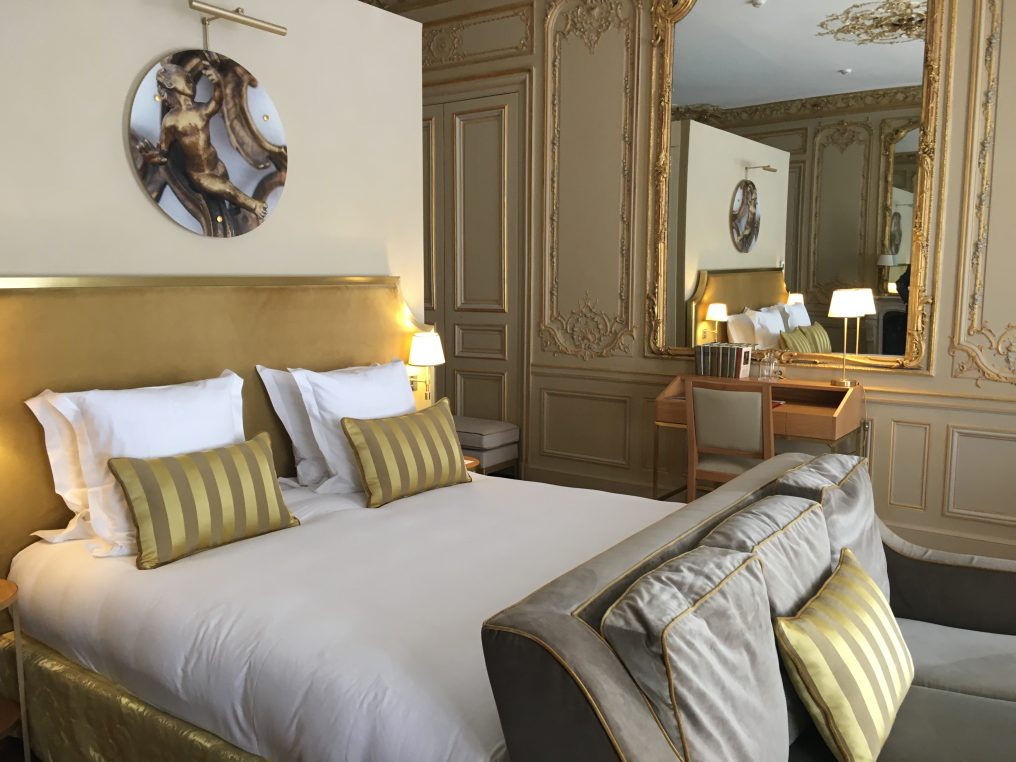 Richard de Warren owns beautiful houses and knows how to run them. His aim is to recreate the luxury of the 19 th century in modern surroundings.

The good surprise is the 32 € lunch menu in the garden which changes every day. Tartar of scallops with panna cotta of watercress, gambas risotto with chorizo, cheeses. It is a wonderful escape from real life in this busy area and you can also rent the place for parties or office events. 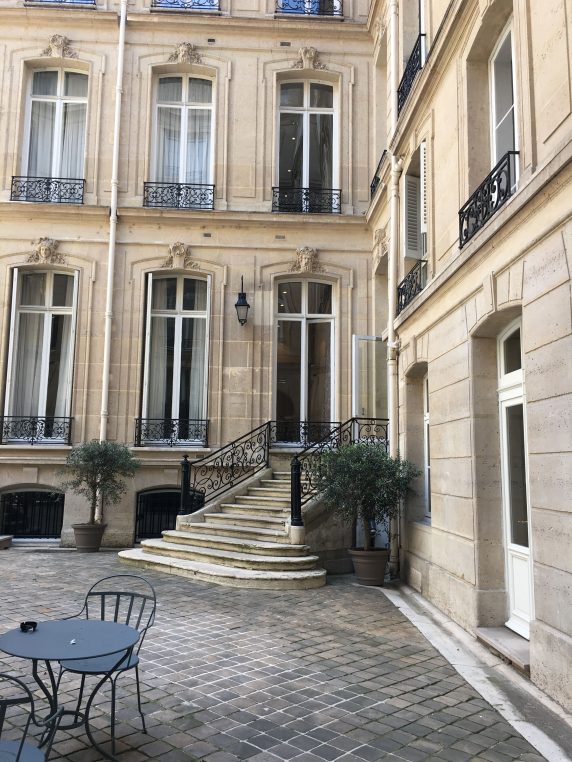 The entrance to Hotel Sommier with the perron