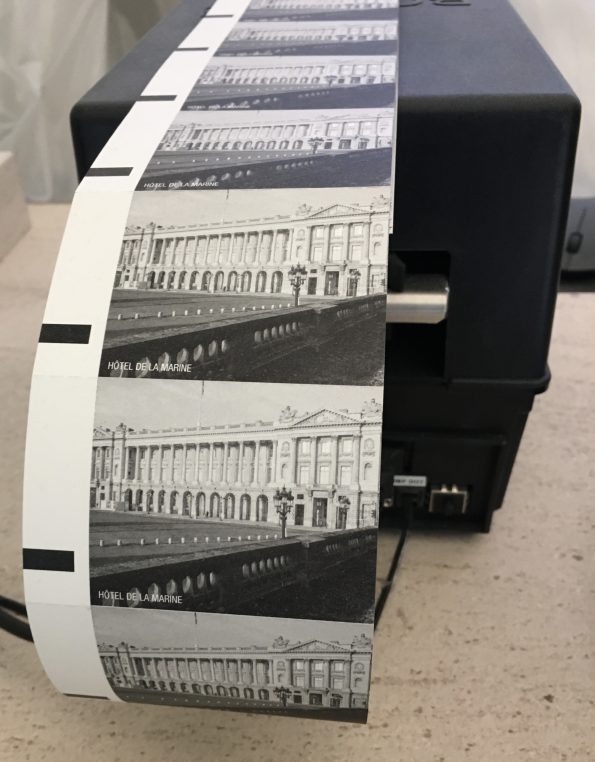 There was already Hotel de Crillon and Automobile Club, now we have Hotel de La Marine to balance them, all magnificent buildings designed in 1755 by Ange-Jacques Gabriel and fully restored today, with a unique view of what used to be place Louis XV and is now place de la Concorde. And this might seem natural, but if Olivier de Rohan and Pierre Achard had not reacted in 2009, when the sale to real estate mogul Alexandre Allard was being signed by the state, we would have had yet another luxury commercial center instead. Rohan asked Valéry Giscard d’Estaing to preside over Les Amis de L’Hôtel de la Marine and the sale engineered by former minister of culture, Renaud Donedieu de Vabre, was stopped.

Last Thursday, Emmanuel Macron invited Olivier de Rohan to the intimate inauguration of the new space dedicated to the Garde meuble du Roi (the reconstitution of XVIII th century period rooms similar to the little apartments in Versailles). The building is managed by Centre des Monuments Nationaux under Philippe Bélaval’s responsibility. It is a unique specimen of a late 18 th century decor in the capital. And the large gilt galleries which have hosted many balls from Napoleon to Charles X and Napoleon III, will be rented for special events. 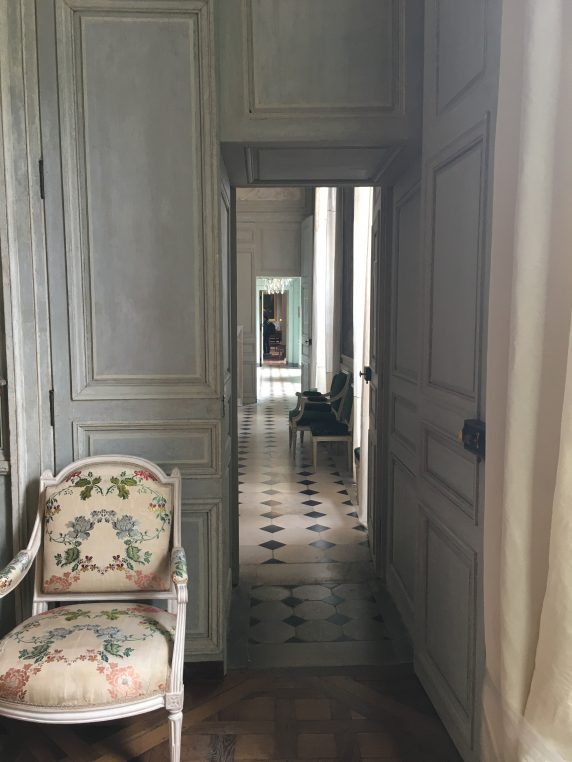 The office (grand cabinet) is filled by extraordinary furniture, (including a round fireplace) which was patiently reassembled after it was sold during the Revolution and I was very surprised to find a green (usually masculine color) fabric for Madame de Ville d’Avray’s bedroom whose husband was in charge of the King’s furniture succeeding the intendant Pierre-Elisabeth de Fontanieu whose room (1767) is red and very beautiful. In this Royal building were kept the Crown Jewels, precious weapons and armors as well as exceptional Royal furniture. There were restoration workshops and one could visit the garde meuble a few days a month. The two decorators who worked on the project for the last four years are Joseph Achkar and Michel Charrière, who personally are restoring their own castle of Ravel in Allier. And their taste is perfect if not sometimes, too perfect.

There are three parts to the building: the main gallery overlooking Place de la Concorde with a large Loggia. Ridiculous movies of fancy balls are shown on huge mirrored screens. The light and your own reflection in the mirrors makes it impossible to see the films. They don’t add anything to the gorgeous decor which will be rented out for executive parties. On the other side of the courtyard, the building includes offices for rent and a first floor exhibition space for the Qatari Al Thani collection which will be shown here permanently. The third part is devoted to the private apartments of the Ville d’Avray and the Fontanieu which require a special entrance ticket. But do not miss them.

To visit, you are being offered an audioguide with very basic and superficial explanations or an app with captions of the furniture. There are no explanations whatsoever in the rooms which makes it hard to understand who made the furniture or the carpets. This is a perfectly ridiculous “modernisation” of the visit which erases all history from the building. There will be two restaurants and tea rooms on the ground floor and walking through the different courtyards is very pleasant. But at the moment, none of the spirit of the place has remained. It seems to be a pretty monument from which to have a good view over the place where Marie Antoinette and Louis XVIth were guillotined. A little sad..

The Monuments nationaux  hope to pay back the huge money spent on the renovation by renting the office spaces and reception areas. At least the public will get to visit this historical spot where the abolition of slavery was signed and where under the Ministry of Seas in Louis Philippe’s times, so many ships were sent on  expeditions in the Indian Ocean and in the Pacific. And yet very little space is devoted to the building’s maritime career which started during the Revolution in 1789. 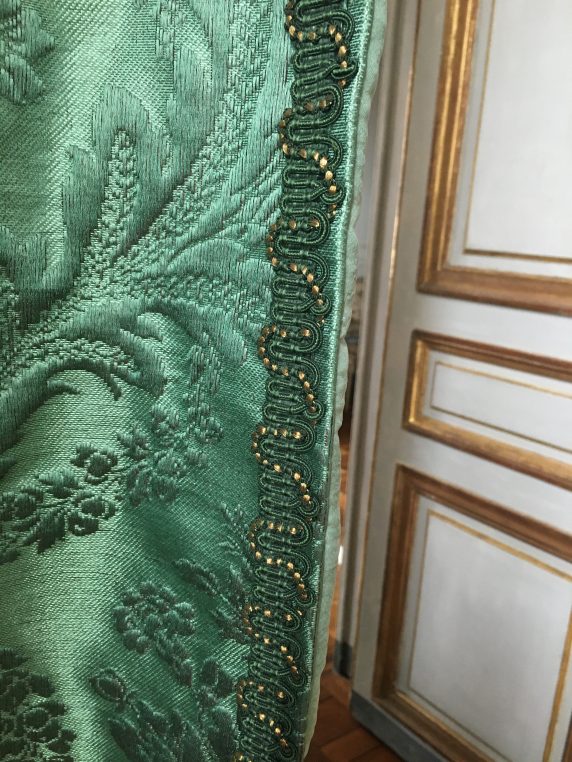 The details in the decoration are fantastic

So what remains of this early visit is a feeling of huge waste with the  multimedia presentations and so little historical content. A team of historians worked on the project for two years but obviously their writings have been considered not popular enough… It will be a very nice place to have lunch between the Louvre and the Eiffel Tower for all tourists who love the grandeur of  Paris. But how often will Parisians want to visit these premises? 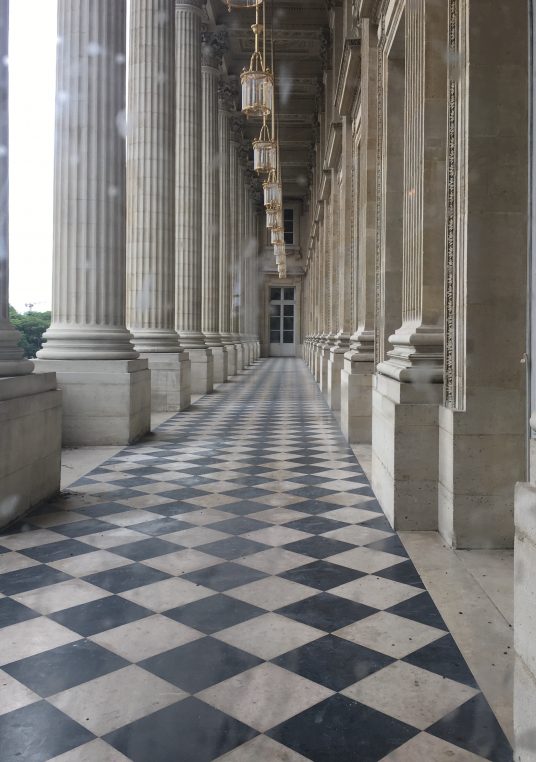 Hôtel de la Marine, place de la Concorde. You have to book your visit here and starting in the autumn you will also be able to see the famous Al Thani collection.