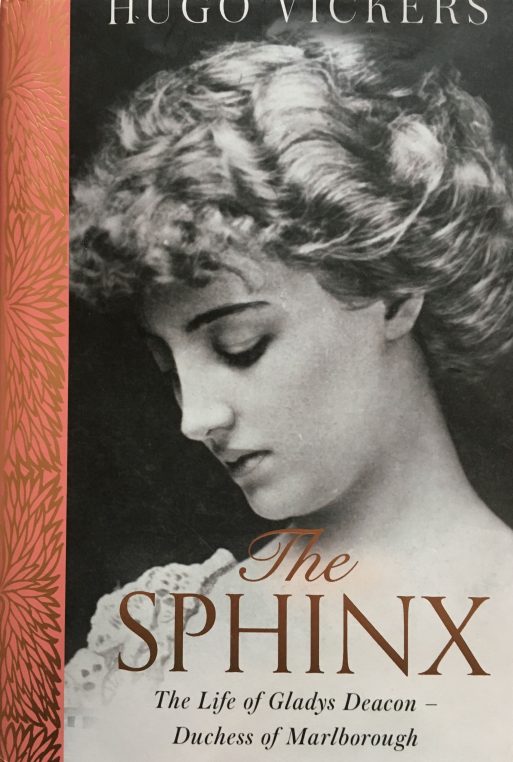 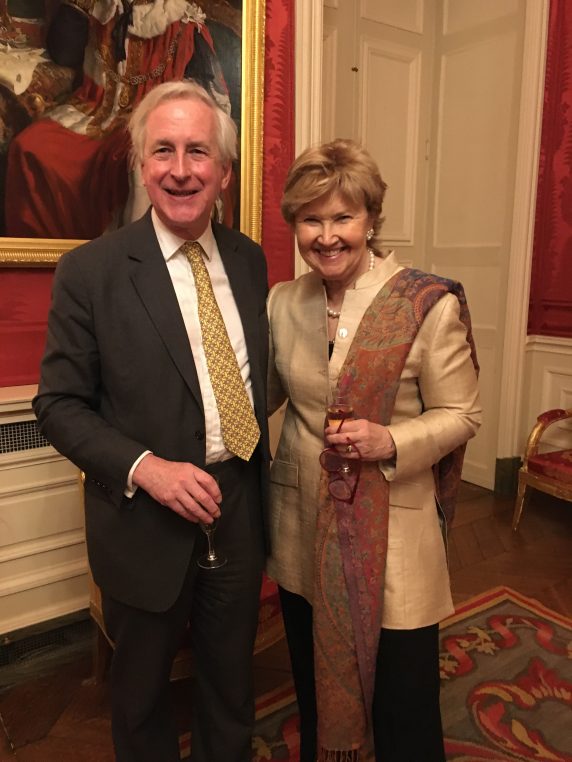 Hugo Vickers with Lady Holmes at the British Embassy

British Ambassador Lord Llewellyn was on school vacation with his three young children but this did not deter Parisian book lovers to attend Hugo Vickers‘ conference and book signing at the beautiful residence once inhabited by Pauline Borghese. Former Ambassadress Lady Holmes, back in Paris, was in attendance and the tragic life of Gladys Deacon, duchess of Marlborough, was the focus of the evening. First published in 1979 by the young biographer who had visited Gladys 65 times at the St Andrews Hospital in Northampton, the book was completed and published again last January with a French translation coming out this week. “The Sphinx” is the extraordinary story of a young American heiress born in 1881 in a Paris hotel, who decided very young that she would become a duchess. She only managed this at the age of 40 when she moved into Bernheim Palace, after the 9 th Duke had divorced Consuelo Vanderbilt.

The book published by Hodder and Stoughton came out in January

After her separation from the Duke and his death, Gladys totally disappeared from public life. Yet she had been the most ravishing debutante in Paris and in London, had been courted by all the most attractive aristocrats in Italy, Germany (Crown Prince William of Prussia) and the Riviera. She spoke seven languages and  was admired by Marcel Proust and Bernard Berenson (who always put her up in Florence), developed a huge culture of Italian paintings, was painted by Boldini and Sargent and sculpted by Jacob Epstein. Auguste Rodin flirted with her and gave her a sculpture, Claude Monet received them at Giverny in 1924 and Edith Sitwell was with Ottoline Morrell and Harold Nicolson part of her intimate circle at Blenheim. 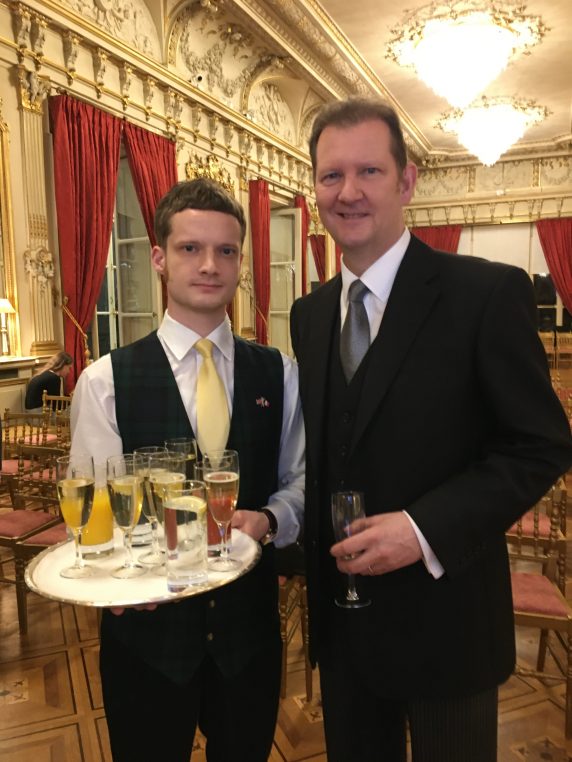 Head butler at the British residence since 1984, Ben Newick is now training his son Michael

What is fascinating in Hugo Vickers’ biography is that over the last forty years he discovered new letters and writings in the three main countries where Gladys lived, Florence, Paris and London. His daughter Alice, a student at Newcastle University, was instrumental in Italy with the archives.  He describes the society of the 1900-1930 in great detail. Everyone seemed to exchange husbands and lovers. Paul Palffy who married Gladys’ younger sister Dorothy, married Louise de Vilmorin twenty years later. Conseulo Vanderbilt went on to marry Jacques Balsan who had been very close to Coco Chanel. Boni de Castellane was part of her world as were Robert de Montesquiou and Lily de Gramont and the society of wealthy Americans in Versailles took her in immediately. 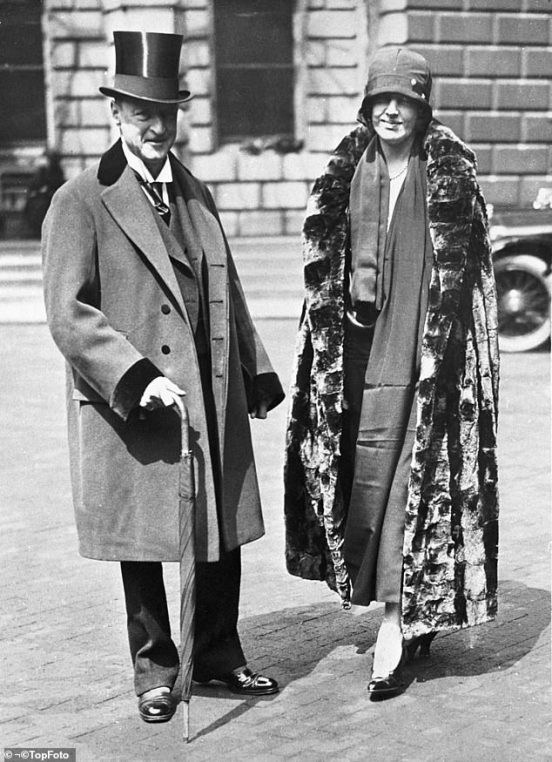 The Duke and Duchess of Marlboro, married at last

So many attractive men were in love with her like Prince Roffredo Caetani (a composer who was also very close to Comtesse Greffulhe), and famous lesbians seemed to befriend her. It is not clear whether she was interested? But she definitely liked being the center of attention. She was brought up in the midst of her mother’s serial love affairs, and her father shot to death one of his wife’s lovers, Abeille. Her sisters and herself were constantly shipped from one country to the other (Newport was their home for a few years when they were little) all over Europe and she studied for a year in Germany. 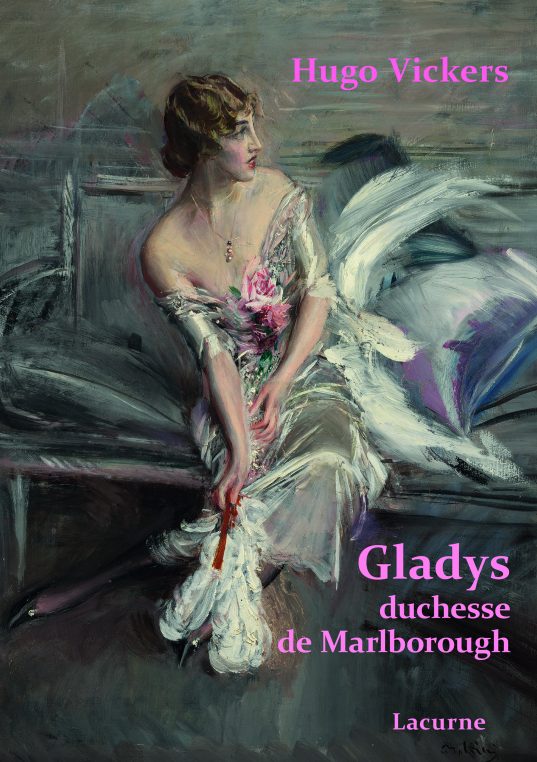 At the lavish British embassy on faubourg St Honoré, one was briefly reminded of this extraordinary world of the 1920’s, when the head butler Ben Newick talked about old times with the Soames, the Jays, the Holmes and the Fergusons, who were all posted in Paris. The Duff Coopers of course feature in the book.

These nostalgic old times are what we find in this moving biography started by a very young man who had met Gladys at the end of her life in 1975-1977  and was completed by a confirmed writer, who had first met Queen Elizabeth in St George’s chapel, Windsor Castle, while studying at Eton: he developed a career as a Royal writer in over 25 books and as a commentator on television. He is still consulted today on the younger generations’ behavior and has written a fun book on the Netflix series The Crown dissected, where he outlines all the distorted situations. 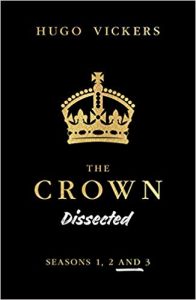 Through his thorough research, he managed to change entirely the perception of Gladys by the Marlborough family, who now put forward her role in embellishing Blenheim’s gardens. The statues of her as a Sphinx are properly lit at night! And an exhibition is on right now about her in the castle.