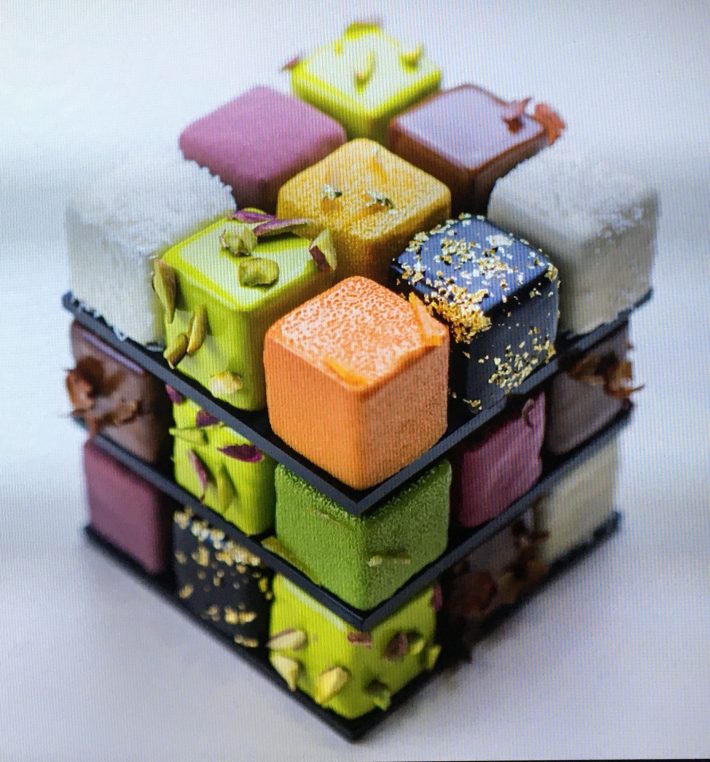 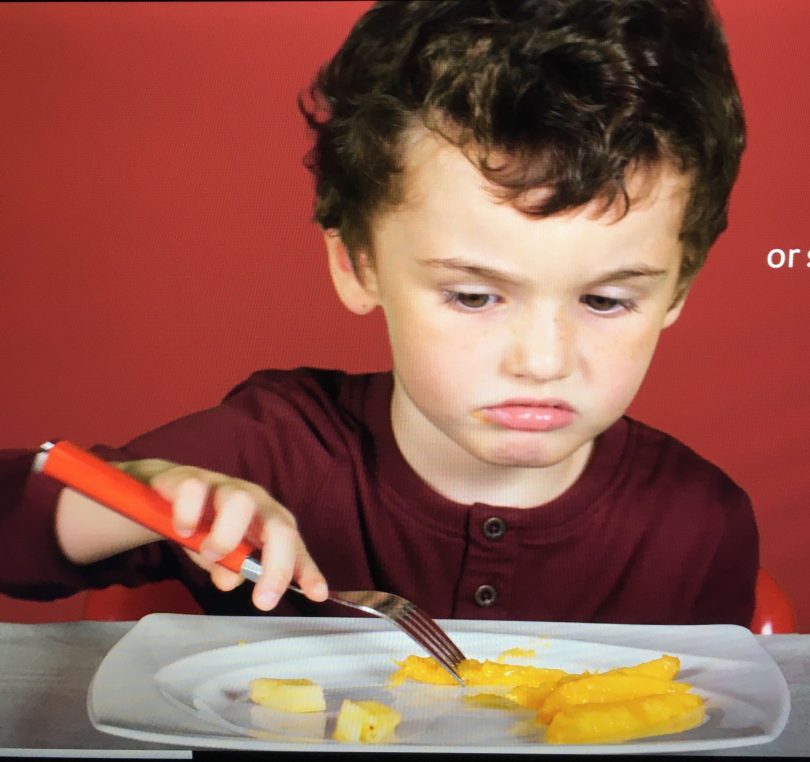 Taste and food preferences can be acquired very early

Musée de l’Homme stupefied us last year with a large exhibition on Neanderthal, where you could actually search for your own origins… This winter, “I eat, therefore I am” (Je mange donc je suis) exposes all the intricacies of food and eating habits in a scientific and sociological way. It is a fun and diverse exhibition with  tv cooking lessons from the 1950’s and artistic food Buren style. But it also shows the customs of food habits from populations around the planet. On December 5, a Prehistoric banquet for 150 guests will take place on the third floor of the museum, facing the Eiffel Tower. Now is the time to register.

Is there a feminine and a masculine type of food, what are the magic elements that constitute Ancient Greece’s banquets or Papua New Guinea’s eating traditions? Why is Mexican avocado such a treasure since Moctezuma in 1519? Are the tea ceremonies in Japan and in the Algerian desert significant? Eating at your desk American style or eating on the street Indonesian style, versus serving fancy dinners in Sèvres China at the Elysée palace? All these social behaviors are illustrated in the galleries which also feature contemporary art and many videos. 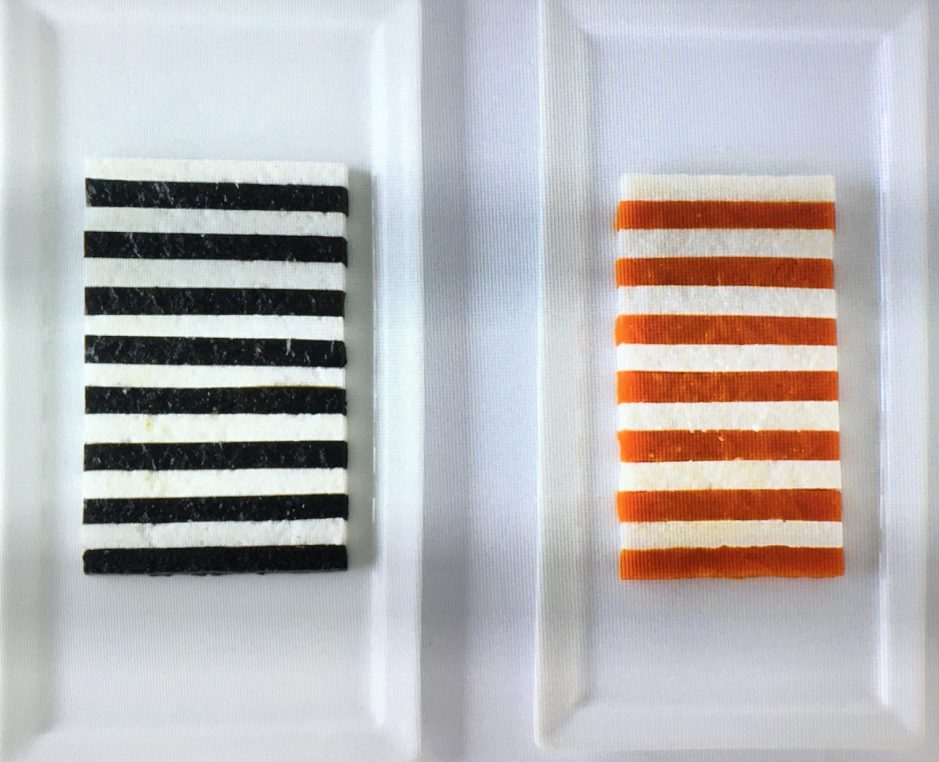 Is cuisine a visual art? here is a tribute to French artist Buren

A number of advertising posters show women at work in the kitchen in the 1960’s, and photos of corsets or muscular men outline the differences of meaning for the male and female bodies. Women are not allowed to be fat, men have to be strong. Women have to be thin and should refrain from enjoying their food while men who eat too much and get drunk are (or were) considered as virile. 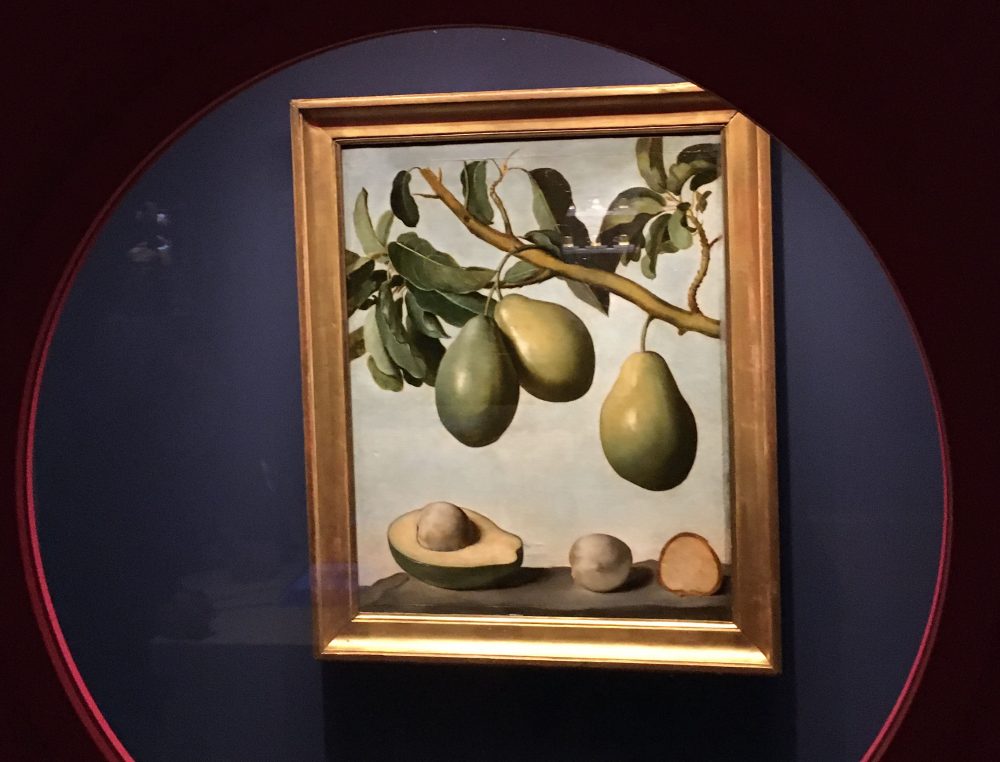 Avocado was presented to Hernan Cortès by the Aztèques in Mexico

With 400 objects, you will find in this exhibition a universe of social, aesthetic and cultural habits which range from the first prehistoric leftovers of food, like fossilized wheat galettes to 2019 fancy pastry. Between 1989 and 1999, thirty thousand vegetal foods were found on the archeological site of Jerf el-Ahmar in Syria. They are key proofs of what neolithic societies were feeding themselves with. Also the analysis of dentitions and tartar give us an idea of the food our ancestors consumed. 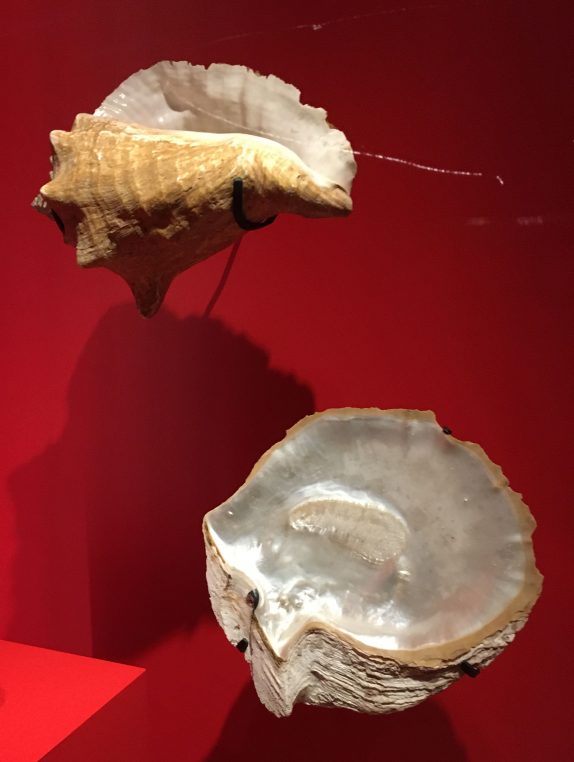 This Australian oyster Meleagrina maxima and the Guadelupean shell Strombus gig, are considered as aphrodisiac

A section of the show is devoted to the cult and culture of Yam, (igname in French), a vegetable largely consumed in Africa and Oceania, which has magical and social significance. And a large space is devoted,  through films and a great chocolate fountain by Gilles Barbier, to the diversity of artistic French food from Antonin Carême under Napoleon’s reign to today’s chefs.  Of course the end of the exhibition does not escape political correctness with a room devoted to city vegetable gardens and intensive breeding, including admitting the truth on how tomatoes are grown. 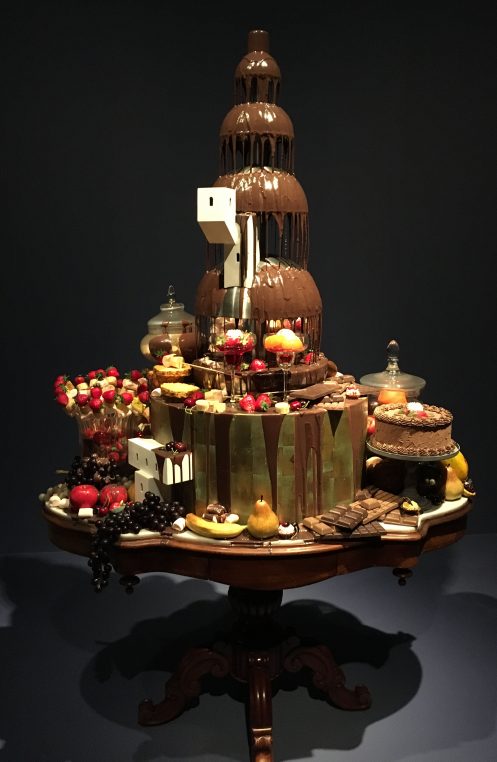 The chocolate fountain by Gilles Barbier

Marie Merlin and Christophe Lavelle are cocurators of the exhibition which lasts until June 1, 2020. There will more banquets in 2020 and events for children during school vacation.

One Comment on “I eat, therefore I am, at Musée de l’Homme”